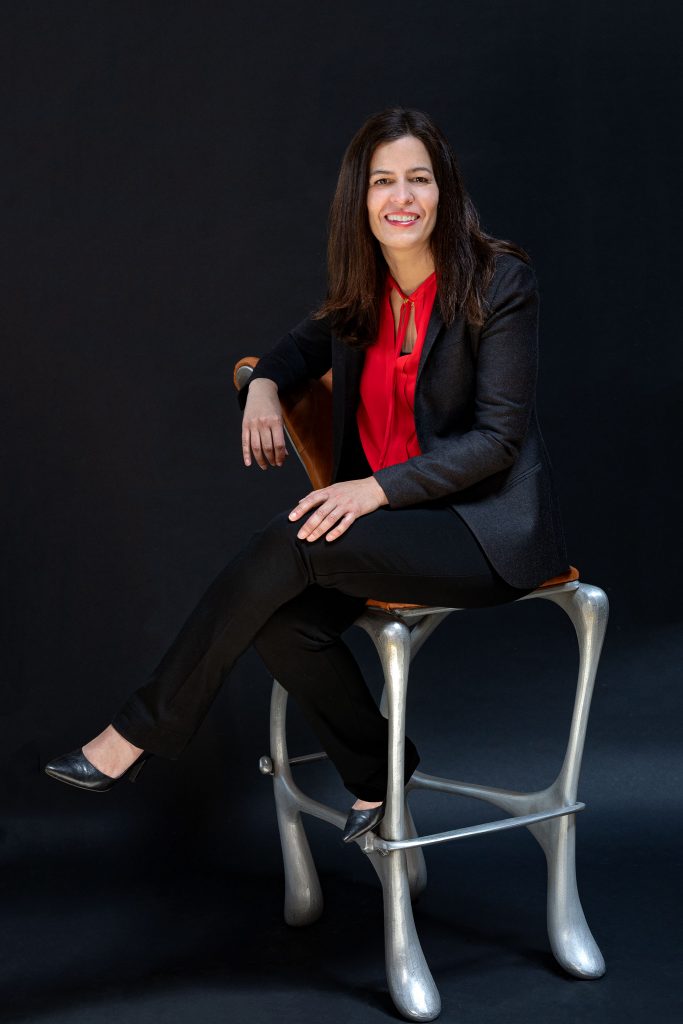 Too much force. None of the twenty largest cities in the United States meet international human rights standards on police use-of-force policies. Claudia Flores, Director of the Global Human Rights Clinic at the University of Chicago Law School, tells us why and what can be done about it.

Claudia Flores was in her office at the University of Chicago Law School where she directs the Global Human Rights Clinic (GHRC) when she heard the news: Derek Chauvin had been convicted of second-and third-degree murder, as well as second-degree manslaughter in the death of George Floyd.

“My reaction was mixed,” says Flores, “I was grateful that there was a guilty verdict and that there were going to be consequences for police misconduct. And thankful and happy that Floyd’s family got this confirmation that his life mattered. But the moment didn’t feel celebratory. It took so much work, so much organizing, so much of a public voice to confirm something that should have been just obvious. So there’s a sadness. I remember thinking, ‘Okay, there’s this long road that we are traveling, and it’s going in the right direction, but there’s so much farther to go.’”

Flores has dedicated her work to the pursuit of global human rights. In her early criminal justice work, she represented individuals on death row, appealing their sentences in an effort to get them commuted to life without parole. As a civil rights litigator, Flores fought for low-wage immigrant workers and worked as a staff attorney at the national office of the American Civil Liberties Union in the Women’s Rights Project. Today, Flores advises governments on state obligations under the Convention on the Elimination of All Forms of Discrimination Against Women, or CEDAW. In her role as a law professor at the University of Chicago, Flores has lectured and written on everything from constitution-making and reform processes to the rights of women and migrants. This year, leading the GHRC, she will support indigenous Chilean women in Chile’s ongoing constitutional reform process.

But in the last five years, Flores has also been working toward police reform in the United States and globally.

“Deadly Discretion: The Failure of Police Use of Force Policies to Meet Fundamental International Human Rights Law and Standards,” published by the GHRC in 2020, shared the shocking news that not one of the United States’ twenty largest cities met international human rights standards on law enforcement use-of-force policies. Next month the GHRC will publish a new report, “Global Impunity,” which demonstrates similar shortcomings in the world’s wealthiest nations. 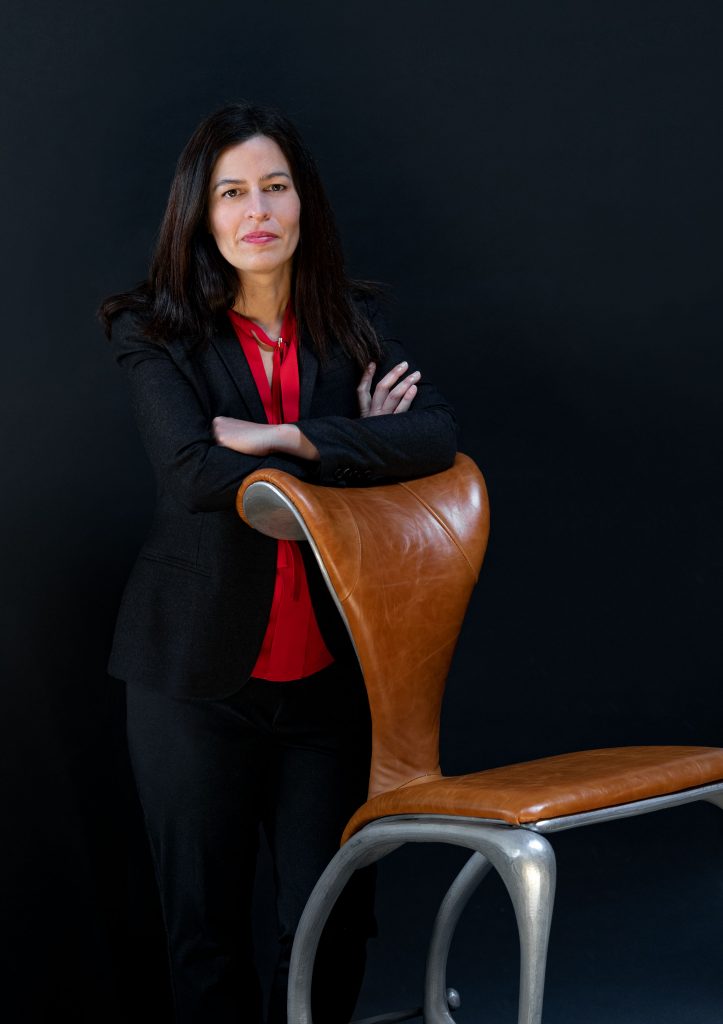 Police reform is very much in the news. It touches on so many issues: What does it mean to serve and protect? What about American culture has engendered abuse of power? Why do our laws not require complete transparency and reporting from police departments about use of force? But before we dive into these issues, what prompted you and GHRC to do this report?

My interest in police accountability stems from doing work on racism, immigrants’ rights and women’s rights—really, from working in all areas of discrimination and inequality. Law enforcement is one part of government service that should, and must, work for everybody, and the consequences when it doesn’t are tragic.

The Global Human Rights Clinic is a year-long program where law students learn about international human rights law and actually do legal work on behalf of clients and partners all over the world. This report, which was researched and compiled between 2015 and 2018, came out of a partnership with Amnesty International, USA. Amnesty had previously authored a report, “Deadly Force: Police Use of Lethal Force in the United States,” that found the United States did not comply with international human rights law. When Amnesty asked state legislatures for their directives to the police on use of force, they were told that those were found in departmental policies. Amnesty asked us to look more deeply into this, and so, the report was born.

How did you decide on the scope of the project?

We selected the twenty largest cities in the United States by population and spent a good six months just tracking down police department policies on use of force—some we had to request through the Freedom of Information Act. Once we had the policies, we developed a grading system that reflected compliance with what was required under international human rights standards.

Those standards state that in any use of force, law enforcement officials must respect the principles of necessity (force can be used only when it is necessary to do so for a legitimate law enforcement purpose), proportionality (force used must be proportionate to the threat posed by a suspect), legality (policies governing the use of force, including weapons that may lawfully be used, should be set out in national legislation and other administrative provisions) and accountability (law enforcement officials shall be held accountable for their use of force.)

Wow! it took half a year just to gather twenty police departments’ use of force policies?

Yes! In the United States, these policies are incredibly decentralized. There’s very little accountability and even less transparency. There is no centralized, enforced and required system for states to report instances of use of force or use of lethal force by police—that’s why all efforts to collect data have basically been made by civil society. The United States does not even count the number of lives lost nationally due to police use of force.

So—to be clear—how is “use of force” defined? And what laws do we have that govern what is permissible when it comes to police use of force and use of lethal force? In many documents, the phrase “use of force” defines a range of actions/implements used by police against individuals when it is deemed necessary in self-defense or in defense of another individual or group. (That includes firearms, electronic weapons, explosive devices, chemical agents, a baton, blunt instrument, body part or vehicle—that are likely to cause harm.) Use of lethal or deadly force is the phrase used when application of force is likely to cause death or serious injury. Correct?

Yes. Currently, in the U.S., we’ve left it to the states to define laws and rules governing their law enforcement agencies’ use of force—as well as what happens when there is abuse of those policies.

How do international human rights standards on use of force differ from the standard in the United States?

One key difference is that international human rights standards specify that when force is used, it should only ever be the minimum amount necessary. And accountability is key. As our report found, right now in the U.S., we are not only without a comprehensive national legal framework placing specific conditions on the use of force, but we have no national mechanisms for accountability.

Why is it important to use international human rights standards as the floor for what our policies on use of force should be, rather than just the Bill of Rights?

The international human rights standards were derived from global human rights treaties that have been ratified by almost every country in the world—including the United States. These treaties are legal instruments that set basic standards for what countries have agreed to do. If states don’t comply, there are consequences within the international human rights system. These treaties are the cornerstones of a system that highly respects human life and dignity. Notably, these standards are more protective than what you find under the United States Constitution. Right now, applicable legal standards for permissible use of force in the United States are just a function of the Fourth Amendment’s prohibition of unreasonable seizures.

According to your report, all twenty of the largest cities in the United States failed to meet international human rights standards on use of force. You concluded that U.S. use of force policies give police “undue discretion and insufficient guidance on when lethal force can be used,” and fail to establish strong enough accountability measures. Can you share a few details on each of the measures? Legality, first.

Yes. All twenty cities failed to satisfy the legality requirement. Columbus, Ohio, didn’t even have a state law cabining what city police departments could put in their use-of-force policies. Until states enact legislative standards on use of force, police department policies will continue to vary widely from city to city.

What about the “necessity” requirement?

Twelve city policies mandate that a threat to which law enforcement officers respond with force must be immediate and that they must use that force as a last resort. But the other eight city policies included alarming exceptions. Indianapolis, for example, failed on all three of the necessity subcategories—they allow for use of force to prevent a felony but don’t specify what kind of felony or even the nature of the threat it poses.

What were the findings on “proportionality”?

Seventeen city policies met the proportionality standard. Those that did not allowed use of deadly force in a felony without stating that the threat to the officer should be proportionate to the force used to meet the threat. 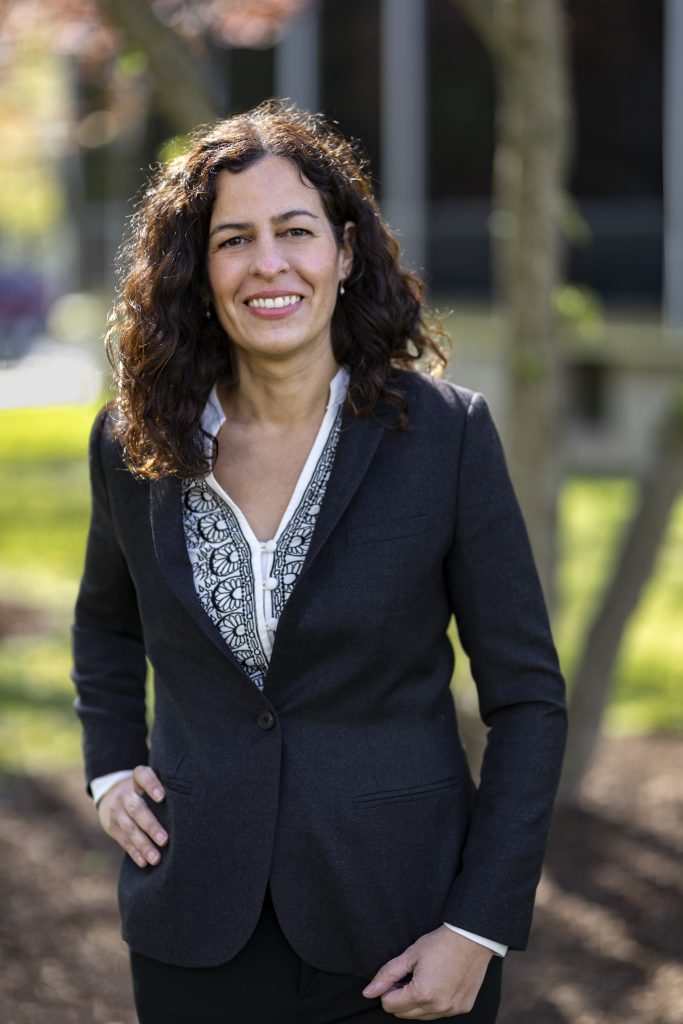 Your report included a long list of recommended actions that would vastly improve our use of force policies. Some of the big ones include revising 42 U.S.C. S 1983 which permits police officers to use force under a “reasonableness” standard, to “only as a last resort, when absolutely necessary to prevent death or serious bodily harm.” You’ve also called for mandatory training in de-escalation techniques and asked that Congress require the Department of Justice to collect, store, analyze and make public all incidents involving use of lethal force in the United States.

What response have you had to these recommendations from policymakers thus far?

We have been contacted by legislators in different states asking for support and assistance in these areas. But it’s going to require a really extreme commitment on the part of state governments to make the necessary changes, and those changes are going to make a lot of people really unhappy. And that’s not an easy thing. Yet, I think we are at a moment where there is a possibility for change. I’m very cautious in my optimism, but I am also more optimistic than I have ever been before.

What was your biggest takeaway after completing all of this research?

It is so important that our use of force policies be changed to reflect best practices and standards for human rights. When we use international human rights law as the measure, we fall woefully short: We should be the global leaders in our use of force policies. To put this issue in context, for the forthcoming report, “Global Impunity,” we looked at lethal use of force policies and legislation in the twenty-nine richest countries around the world. We found that there is a pretty consistent level of non-compliance with even the most basic standards. There is also a complete lack of data. Governments just haven’t taken this seriously and are not holding law enforcement accountable.

More holistically on police reform, I think we need to ask the question, “In what situations do we really need law enforcement to be present?” We’ve brought police into too many situations where what is actually needed is something completely different. We also need to look at how police are doing their jobs—to be honest and reflective about police engagement with communities they are there to serve. Are the police really there for all the people? Are they receiving the right kinds of training? The right kinds of direction? Ultimately, we want to bring police departments to a place where they are policing in a way that respects our Constitution, respects human dignity and human rights, and reflects the way that American society wants itself to be. If the systems we have in place can’t do that, then let’s create a system that can.