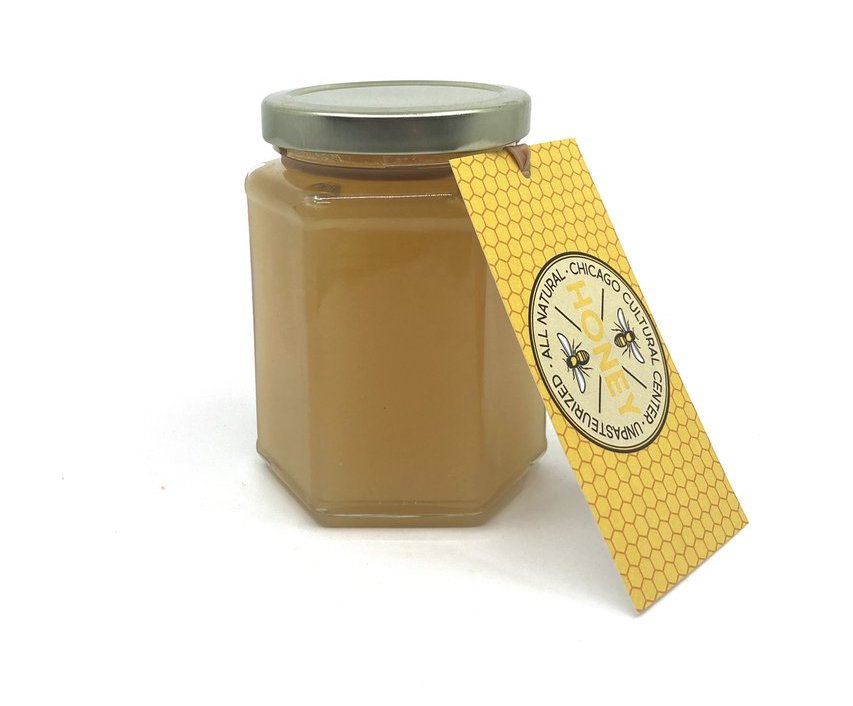 “All Things Considered” surveys the landscape after a very bad year for museums nationwide. “Billy Ocasio feels like one of the country’s luckier museum directors,” the report opens in Chicago. “He runs the National Museum of Puerto Rican Arts and Culture… after the pandemic wiped out dozens of small museums across the country. ‘About 33% of our operating budget was lost,'” he tells the program. “His small museum cut programming but not its three full-time employees. ‘I’m grateful that we did not have to lay off anybody.’ …. The Chicago museum came out ahead, according to a new study from the American Alliance of Museums. Of 1,000 museum directors, three-quarters reported their operating incomes fell by an average of forty percent in 2020. And half said their total staff size had decreased by an average of twenty-nine percent compared with pre-pandemic levels… Only forty-four percent plan to rehire or increase their staff size in the coming year.”

You’ve Got A Buddy At The Cultural Center

The Chicago Cultural Center reopens with new exhibits and amenities, as well as Buddy, a store located in the Garland Gallery selling locally made goods. “Buddy is a shop, a hub for making connections between friends we have and those we have yet to meet,” Buddy writes on their website. “We are committed to giving artists and small manufacturers in Chicago a place to showcase and sell their goods and artworks to a vast audience of Chicagoans and visitors at the Chicago Cultural Center. This collaboration between Public Media Institute and the Chicago Department of Cultural Affairs and Special Events furthers both institutions’ goals of providing visibility and opportunities to artists across the Chicagoland area. Through exhibitions, talks, workshops, performances, readings, and product launches, Buddy will work to bring the creative output of our city’s neighborhoods to the city center for visitors and locals alike to consume. Buddy is a place that introduces the world to the people making it happen in Chicago, a place that helps them create a sustainable world we all want to work, play, and live in.” Among the products: Cultural Center Honey, which is “Chicago-made raw honey collected from hives on top of the Chicago Cultural Center. Bees travel up to five miles to gather nectar, though bees from our rooftop most likely just cross the street to Millennium Park to enjoy all the wonderful native plants in the Lurie Garden. This honey, made from a blend of flowers, has a wonderfully complex flavor. Bees are tended by the fine folks at Chicago Honey Co-Op.”

On an Instagram post celebrating the first public gathering in months of the now-smaller staff of the Gene Siskel Film Center of the School of the Art Institute, a tease is offered: “Our small but mighty (and fully vaccinated) Film Center staff gathered at the Film Center for our first in-person meeting since COVID! Something’s brewing…”

Tribune On Legacy of 2020 Civic Unrest

The Trib’s latest ambitious investigation—group-bylined by Todd Lighty, Gary Marx, Christy Gutowski and William Lee—weighs the aftermath of George Floyd’s murder. “A Tribune investigation for the first time has documented the scope of the destruction and violence that unfolded across Chicago during the spasms of chaos last spring. Drawing on government records and interviews with store owners, employees, business associations and politicians, the Tribune identified more than 2,100 businesses that were damaged or ransacked throughout Chicago from May 29 to June 4…The Tribune found that damage estimates to just 710 of the [affected] businesses totaled more than $165 million, though the true cost is certainly much higher…The figure exceeds the estimated $77 million in damages in today’s dollars that occurred during the April 1968 riots sparked by the assassination of the Rev. Martin Luther King Jr. The unrest more than fifty years ago was more geographically limited, unfolding largely on the West Side. ‘A riot is the language of the unheard,’ as King observed, and last year’s unrest flared during a time of protests over police violence against Black people that also saw a surge in shootings, joblessness and a deadly pandemic. This story captures not just the property damage attributed to the unrest and the broader economic impact in South and West side neighborhoods least equipped to recover after suffering from decades of disinvestment and neglect, but also looks at the emotional toll, including lives that were lost.”

After a four-month nationwide search, The Chicago Philharmonic Society’s Board-appointed Search Committee selected Terell M. Johnson as the Executive Director of the Society, effective July 1. “Johnson steps into the leadership role on the heels of Donna Milanovich, who played a pivotal role in leading Chicago’s premier contractual orchestra to musician-majority governance, which stands as a beacon for innovative orchestral structure,” the Philharmonic says in a release. “I can think of no better leader to move Chicago Philharmonic forward than Terell Johnson,” Milanovich says. “His business acumen and love of the transformative power of music is sure to take Chicago Philharmonic to new heights.” Johnson says, “I am so excited to be part of the Chicago Philharmonic family, an organization deeply committed to transforming diverse audiences with the beauty and power of great artistry. To work with such a profound group of world-class musicians and leaders is a privilege beyond compare.”

“Jesus in the Ghetto” Video Rises From Sir The Baptist

“Hip-hop chaplain” Sir the Baptist (Newcity Music 45 2020) teamed with Gaither Music Group for the release of the video for his latest single, “Jesus in the Ghetto.” “Together with R&B icon Anthony Hamilton, the song tells a story that reimagines Jesus, painting a picture of him in which everyday people can see their own lives, questions, and struggles. ‘Tell me, is there room for Jesus in the ghetto?’ sings Hamilton, standing against sunlit panels of stained glass in a church.” The video comes ahead of Sir’s performance at the BMI Trailblazers of Gospel Music Awards on June 7, where he will perform his hit, “Deliver Me,” which won the Most Performed Gospel Song category in 2020. See the video here.

To raise funds for Collaboraction’s twenty-fifth season, and to officially introduce the company’s “future vision as a hybrid live and digital company,” the group presents “Moonset Sunrise,” “live and in-person on the night of the next full moon” as the moon rises over the Chicago River and becomes the backdrop for Collaboraction’s revelry. “‘Moonset Sunrise’ includes outdoor dining, beverages, dancing and live music, plus immersive, interactive moments of peace and love, nostalgic time travel back to seminal productions from Collaboraction’s past, screenings of all-new digital premieres, rituals and revelations about the company’s next twenty-five years, all with an incredible view of the rising moon.” Collaboraction artistic director Anthony Moseley says in a release, “‘Moonset Sunrise’ will embody how Collaboraction uses theater to engage with Chicago’s most critical social issues, celebrate how far the company has come and honor the people who have sustained us. We look forward to offering a glimpse at the larger Truth, Healing, and Reconciliation work that we have started to undertake this past year. We are excited to reunite around the campfire in person with our community to witness, interact with, and release parts of our past that hold us back, namely racism, systemic oppression and violence, and to create communal space for new manifestations of joy, love and prosperity in our collective future.” Tickets to “Moonset Sunrise” are $150 and can be found here.

See Chicago Dance announced the recipients of two awards given annually by the organization, who will be recognized at the group’s annual fundraiser and community celebration in September. The See Chicago Dance 2021 Legacy Award, awarded to an artistic leader who has enriched their community and made a significant and sustained impact on dance in Chicago, goes to Hema Rajagopalan, artistic director of Natya Dance Theatre. Randy Duncan will receive the Distinguished Service to the Dance Field Award, which is awarded to those who make vital contributions to the health and vibrancy of Chicago Dance. Also: Chicago Dance Month continues through June with a slate of See Chicago Dance-sponsored events. More here.

“We stopped saying mailman, policeman and fireman a long time ago, so it’s about time for ‘alderman’ to change. I would have preferred the term council member, but I’ll take this,” Alderman James Cappleman said. “Tucked inside a bill designed to making voting easier in Illinois while delaying next spring’s primary is a measure that would change the formal title of the fifty members of the Chicago City Council from alderman to alderperson,” reports WTTW’s Heather Cherone. “A full thirty percent of the City Council elected in 2019 is female… Alderman Carlos Ramirez-Rosa [pointed] to the origin of the title of alderman in Old English: ‘I’m not an elder, and I don’t preside over a shire.'”

Will Chicago Cannabis Users Be Allowed To Ingest In Public?

Is the local cannabis industry “incredibly unfun”? “Unlike in other states, local cannabis users have nowhere to legally get stoned in public,” reports the Sun-Times, “and legislation introduced earlier this year in Springfield aims to change that.”