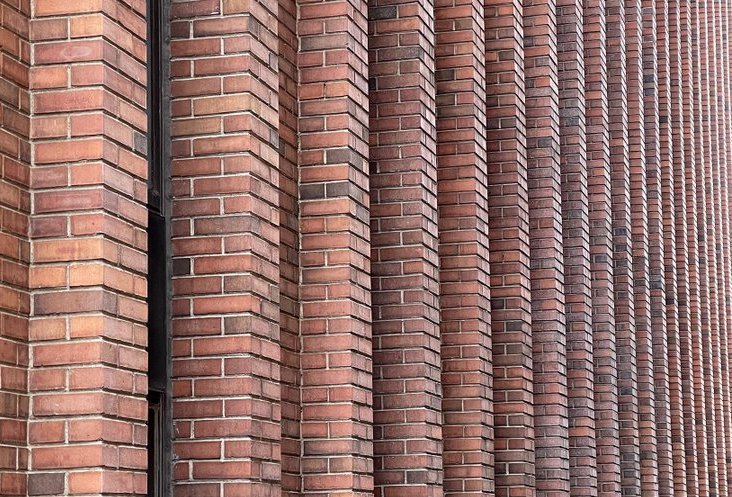 Art Institute Has Updates On Racial Justice And Equity Work

“[T]his cannot simply be a time for words. Museums are contested sites; we are not neutral,” museum president James Rondeau posts on the Art Institute of Chicago website. “We have the ability to play a constructive role in civic discourse. This is a time for self-reflection, a time for us to thoughtfully understand the best ways to advance racial justice. We recognize both the specific limitations of our authority as well as the boundless potential of an art museum to give shape and structure to new narratives. Grief will transform into action. As we reflect on our past, we are accountable for our museum’s legacy of white privilege and exclusion, not only in the representation of artists of color in our collection but also of those in our community who have historically felt unwelcome in our spaces. That legacy is antithetical to the museum we aspire to be. We have been investing resources, and will extend those commitments, to create meaningful change.” More was offered to Art Institute members by Rondeau in an extensive Thursday letter: “One year after stating our commitment to racial justice and equity, I feel it is critical to do several things, the first of which is to reaffirm this commitment. Last year, we pledged to renew our ongoing assessment of our organization and its culture, internally and publicly, and prioritize efforts to ensure visitors and staff are welcomed; foster employee engagement and trust; elevate artists and histories that have been marginalized; develop programming that is diverse, challenging, and [has impact]; continue to evolve educational programming to reflect current social discourse and inspire students from wide-ranging backgrounds; cultivate a visitorship that more accurately reflects the demographics of our city; and honor and embrace our civic role. This one-year marker offers an opportunity to reflect on the steps we have taken toward addressing these inequities, to acknowledge where progress has been more difficult and slower than desired, and also to look ahead. We acknowledge that this work—dismantling decades of marginalizing, exclusionary practices and their impact on the present—is continual and ongoing, and we recognize that an anti-racist philosophy must be ingrained into every aspect of our work—every day, in every encounter, in every decision. These ideas are reflected in a new identity, vision, and strategy document. This guiding plan—developed, reviewed, and iterated with colleagues throughout the museum—provides a revised mission as well as new values and equity statements. Moreover, it incorporates equity and inclusion principles into every one of our goals—from increasing the accessibility of our content and ensuring our spaces are welcoming to all to fostering organizational health and honoring our civic role.”

How Out-Of-Date Is The Historic Resources Survey?

Observations from writer-on-architecture Lynn Becker on Twitter: “Just off of Fullerton, there’s a beautiful oasis, the 1967 Cenacle Retreat and Conference Center, by architect Charles Pope, an exceptionally graceful building with striking lines and stunning brickwork. So, of course, it’s about to be ground to rubble at the specific recommendation of the staff of the Commission on Chicago Landmarks, to be voted on Thursday [today]. You see, the Cenacle Retreat is within Mid-North landmark District, but because it’s not ancient, it doesn’t qualify for protection. It’s a ‘non-contributing’ building. The district’s definition was set in amber forty-three years ago. The Cenacle Retreat is not even listed in the Chicago Historic Resources Survey, the first line for protecting Chicago architecture…. Because for the Historic Resources Survey… the last EIGHTY YEARS of Chicago architecture DON’T EXIST. Completed a quarter century ago, the Survey excludes all buildings constructed in Chicago since 1940. In a city that can’t stop praising itself for how much it loves its architecture, this is a scandal. The Historic Resources Survey needs to be brought up to date. Chicago Architecture didn’t stop in 1940, and it’s time to start paying attention—and protecting—our priceless modern architectural heritage.” The Commission on Chicago Landmarks meeting agenda is here (pdf).

“You can’t kneecap a whole industry of mostly independent small businesses, often immigrant-owned, because of anecdotal concerns about quality of life,” Pat Doerr tells Block Club Chicago. Downtown Alderman Brendan Reilly declared the demand dead on Twitter: “For those concerned: There will NOT be a 10pm liquor sales moratorium in Chicago. That is 100% dead on arrival at City Council. Either the Mayor pulls it or we kill it.”

“Back-aching work. Low pay. No healthcare: Here’s why Chicago restaurant workers aren’t coming back,” reports the Tribune. “As diners fill tables and booths once again, a question has hovered over the restaurant industry: Where are the workers? From white-tablecloth destinations to casual neighborhood spots, business owners have decried a labor shortage. But no single answer explains the restaurant industry’s thinning labor force, nor can we predict when — or whether — it will return.”

Reports Crain’s:”The chef and restaurant owner will work as a go-between for the third-party delivery company and the restaurants that sell food on its app… The largest food delivery company in the country was looking for a way to connect directly with Chicago restaurants and get feedback.” “Everybody in the restaurant industry is just trying to figure out everything…,” Izard told Crain’s. “For me, this is another little helpful tactic to be able to have a stronger connection with getting food to guests for delivery. That really heightened during the pandemic.”

Julie Creswell sets the scene: “The music should be pumping and the burgers and jerk chicken wings flying out of the kitchen this holiday weekend at the Rambler Kitchen and Tap in the North Center neighborhood of Chicago,” writes Julie Creswell in the New York Times. “Patrons might go with a mixed drink or one of the twenty craft beers the bar sells. But many will order a hard seltzer. The Rambler expects to sell close to 500 cans in flavors like peach, pineapple and grapefruit pomelo. ‘We’ll sell a lot of buckets of White Claw and Truly seltzers,’ said Sam Stone, a co-owner of the Rambler. ‘It’s going to be a big summer for hard seltzer.'”

The Hyde Park Jazz Festival has named Sam Lewis as its co-executive and artistic director. Lewis joins co-executive and artistic director Kate Dumbleton to collaboratively lead the festival organization forward. The Hyde Park Jazz Festival, which notes its fifteenth anniversary in 2021, is a collaborative platform dedicated to supporting the presentation and ongoing development of jazz on the South Side of Chicago. “We do this by creating opportunities for a diverse community of listeners to engage with the music and its creators, and by working with artists, organizational partners, and networks to celebrate the rich tradition of jazz and to support the development of new work and ideas,” the fest says in a release.

Chicago In Tune Tunes Up

Chicago In Tune is a new citywide festival that will celebrate both Chicago’s diverse and legendary music scene and the 2021 Year of Chicago Music, from August 19 to September 19. Requests the group: “We are calling on our iconic neighborhood venues, presenting organizations, and musicians from across the city to come together during this month to celebrate all music genres and forms — with both free and ticketed events at clubs, concert halls, and beyond. You and your organization are eligible to participate! It is our hope that Chicago In Tune includes music showcases, concerts, festivals, classes, workshops, master classes, indoor and outdoor performances, public art, professional development programs, and more. When you submit your event, you are in the line-up and will be marketed and promoted as part of the festival through our channels. Venues, presenting organizations and musicians are encouraged to submit event information here.

Chicago actor, director, and filmmaker Jay Españo, is the new artistic director of PrideArts. Españo’s theater training includes education in the Philippines as well as an MFA from Chicago’s Columbia College. After graduation from the Tanghalang Pilipino Actors Company, he worked extensively as an actor throughout Southeast Asia and the Pacific in theater, television and film. Españo moved to Chicago in 2008 and has performed with many Chicago storefront theater companies, including Silk Road Rising, The New Colony, Prologue, Ghostlight, Halcyon and PrideArts. Españo says, “My goal is to continue PrideArts’ tradition of telling a diversity of queer community stories that not only entertain, but also encourage the audience to reflect on their own views, beliefs and biases. It’s particularly exciting for me to be an artistic director in this moment as we return from the pandemic. This is the perfect opportunity to try on new ideas, with the understanding that as we try new ideas, we will be having some successes and making missteps as we move forward. And that’s all part of change and we’ll just have to learn from it.”

Mayor Lightfoot announced Chicago is fully open June 11. Summarizes Block Club Chicago, “During Phase 5, capacity restrictions will be lifted at all businesses… All people will still need to wear masks in certain places, including schools, health care facilities and on public transit, but fully vaccinated people won’t need masks in most settings. Unvaccinated people should still wear masks in most public settings.” Lightfoot added, “A note of caution: COVID’s still here, still with us.” Fran Spielman quotes the mayor: “We’ve done great work as a city. Lots of individual sacrifices along the way. So, I think we’re ready to move to Phase 5 with the state next Friday, June 11. What do you think?”


Opines the Sun-Times Editorial Board: “Nobody in Chicago would seriously consider renaming State Street. It’s that ‘Great Street,’ celebrated in song. It is integral to Chicago’s brand around the world. Nobody would seriously consider renaming Madison Street, either, if only because State and Madison go together like salt and pepper. The intersection of State and Madison is the starting point for Chicago’s entire street grid. In the same small category of iconic Chicago street names that should be left alone we would include Lake Shore Drive, the perfect name for that glorious ribbon of road that dazzles tourists and lifelong Chicagoans alike. Lake Shore Drive should remain Lake Shore Drive — an advertisement for our town every time the name is spoken — though we appreciate the arguments of those who want to rename it for Jean Baptiste Point DuSable… We favor Lightfoot’s proposals to honor DuSable with new investments in a park east of Lake Shore Drive, and with monuments and programming on the Riverwalk…We also favor finding a more attention-grabbing way to honor DuSable, such as perhaps renaming the Dan Ryan Expressway or Edens Expressway for him. Dan Ryan was a Cook County Board president. William G. Edens, a banker who headed the Illinois Highway Improvement Association, never even owned or drove a car.”