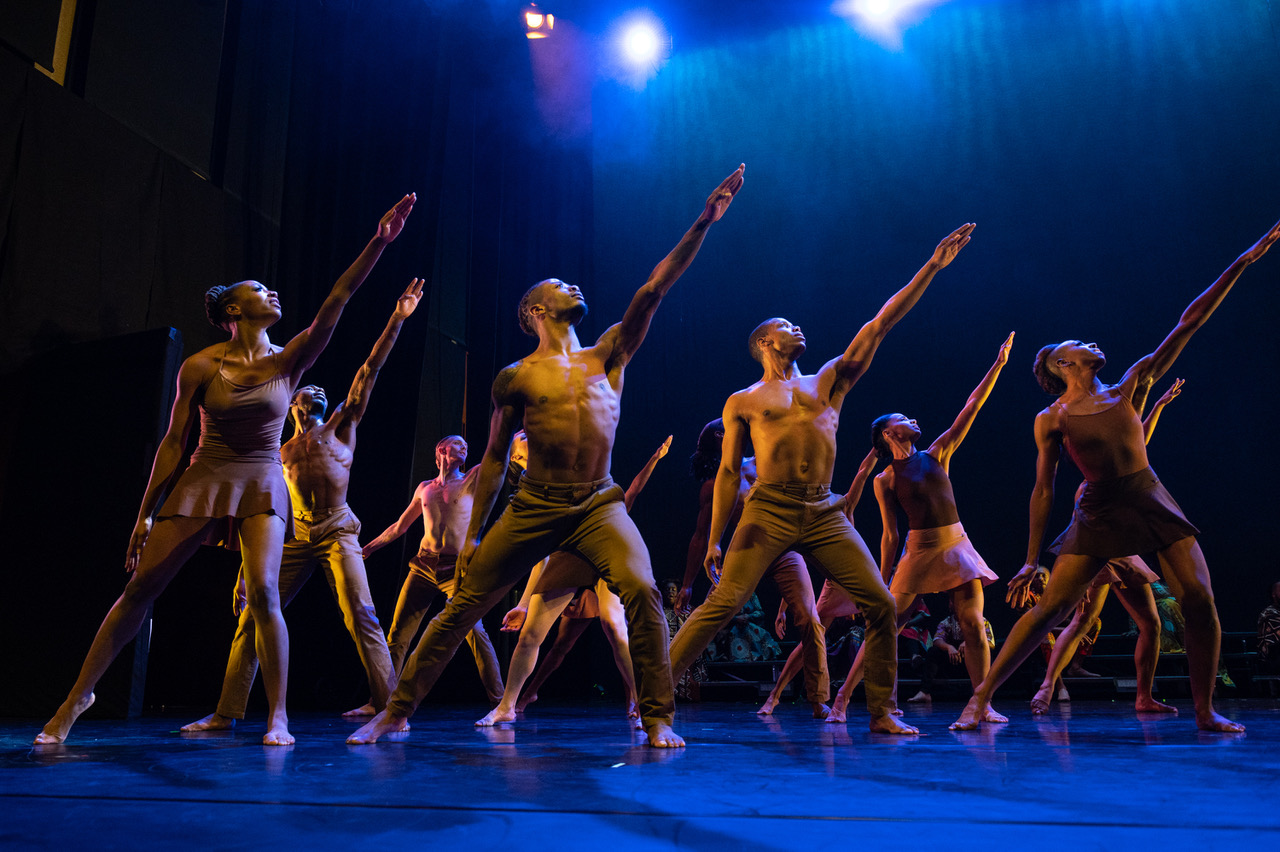 Minneapolis Institute of Art Announces Over $19 Million in Gifts

“Amid a continuing financial squeeze, the Minneapolis Institute of Art announced that it secured more than $19 million in gifts for its endowment and operations, including $5 million to create the position of a new chief diversity and inclusion officer who will advance a drive for equity at the museum,” reports The Art Newspaper. “The gifts will also go toward creating a new curatorial position for Latin American art, endowing the position of the museum’s deputy director and chief operating officer, and expanding an existing endowment to help finance conservation, research and programming for its collection of South Asian, Southeast Asian and Chinese art as well as the reinstallation of its galleries, the museum says.” “Together these gifts are a step toward a larger priority, to bring our operating endowment up to levels that are commensurate with our peers and provide the annual support the museum needs,” Katie Luber, the museum’s director and president tells the paper.

Block Club Chicago’s Hannah Alani on Prequel Coffee, which starting pouring coffee in a soft launch on Saturday: “The owners of Damn Fine Coffee in Logan Square are bringing a coffee shop to… the corner of Damen and Chicago avenues. Prequel replaces Atomix Cafe, which closed in 2019 after nineteen years in business.” From the Prequel Instagram: “We might have a little more work to do on the space, but that doesn’t mean you should be deprived of your coffee! So to kick things off we’re opening with limited hours and offerings, but rest assured – we’ll be in full swing soon. So we invite you to make us part of your daily routine and witness the ongoing transformation.”

“Gay Beer, Dyke Beer, and Queer Brewing are among the emerging group of beer producers that are centering queer identity and queer community, whether by highlighting queer brewers, donating some profits to queer charities, or creating queer third spaces — communal spaces distinct from home and work — at a time when they’re disappearing,” reports Jaya Saxena at Eater Chicago. “The names are… explicit and euphemism-free. This is not ‘Equality’ beer or ‘Love Is Love’ beer. Instead, buyers will state clearly that they want a Gay Beer.”

At Block Club Chicago, Maxwell Evans examines the additional effects the proposed state-of-the-art six-and-a-half-acre studio could bring to the South Shore. “A development team led by ID8 Ventures — in which [“The Chi” producer Derek] Dudley is a partner — and Loop Capital Markets submitted an application for a zoning change for the South Shore properties last week. If the Regal Mile Studios plan is successful, it would join other film studios in Chicago, including the sprawling Cinespace Chicago Film Studios in North Lawndale, where “The Chi” is currently filmed, and an Avondale film studio proposed for The Fields campus. Dudley and Loop Capital CEO Jim Reynolds grew up on the South Side near the planned Regal Mile Studios site.” “This location is obviously near and dear to both of our hearts,” Dudley told Evans. “The first thing is for this [development to] generate jobs and other investment into the community, and also expand the footprint of the film and television industry within the city of Chicago and the state of Illinois.”

“It’s a lot of knowledge lost,” former owner of Uptown’s defunct Shake Rattle and Read Ric Addy tells Heidi Stevens of his late friend, bookseller Christopher Rohe, who has passed at the age of 61. “Rohe was one of the sons in Paul Rohe & Sons, Booksellers, the used bookstore that spent more than a decade at Clark Street and Belmont Avenue before relocating to several different Lakeview storefronts, always trying to outrun the twin threats of big-box Goliaths and online retailers.” His wife, Jeannie Hoff says that his work with books was “more than gentle. It was a deep, deep passion. Getting good books in people’s hands who could appreciate them, but also the thrill of the hunt — to find the rare book, the amazing book. Sometimes books would come back around that he sold in his store. He’d go to an estate sale and see his price markings in them. The idea of this worldwide circulation of an object — it was fascinating for him. Not for everybody, but definitely for him.” “Rohe was on the board of directors for the Midwest Antiquarian Booksellers Association,” Stevens reports, “and he managed the group’s annual Chicago Book Fair at Plumbers Union Hall.”

“Last Train Out Of Dodge” For Tribune Byline Buyouts

“Full-time editorial employees have until Wednesday to apply for voluntary buyouts,” reports Robert Feder, “the first step in deeper reductions expected under owner Alden Global Capital… Those who are accepted will be gone by Friday, June 18.” An insider tells Feder, “It’s the ‘last train out of Dodge.'”

NPR’s Mary Louise Kelly talked to NPR’s Terry Samuel, PBS’ Sara Just and Block Club Chicago’s Dawn Rhodes about how editorial decisions were made in the increasingly fractured news environment of the past year. Of the January 6 failed attempted coup, Dawn Rhodes told Kelly, “One thing that I want to inject into this conversation is the issue of race. Our language was definitely they stormed the Capitol, and it was an attempted coup. We definitely used that language, understanding that, I think in news media, we probably wouldn’t be wrangling over this so much if the color of the people or the demographics of the people doing something like that were different. And so understanding that if they were a group of Black supporters or Latinx supporters, people would be calling that a riot. People would be calling that a horde of people… [O]ne of the things that we struggled with in that language of describing what happened to George Floyd, what happened to Jacob Blake, what happened to Breonna Taylor and so many people last year was just using active voice. And so we tried to make a decision to say police killed Jacob Blake, police killed George Floyd, police killed Breonna Taylor, and that was a switch.”

The North Kenwood home of blues legend Muddy Waters is a step closer to city landmark status, reports the Sun-Times, receiving preliminary landmark status from the Commission on Chicago Landmarks. “The property at 4339 South Lake Park is owned by Waters’ great-granddaughter, Chandra Cooper, who is converting the brick two-flat — where Waters lived on the first floor, rented out the top floor and had his recording studio in the basement — into The MOJO Muddy Waters House Museum. The preliminary designation passed unanimously.” “When I was born in 1956, my mother brought me home to that house. When Chandra was born in 1970, I brought her home to that same house. We have a lot of love and pride for that house. This has been a hard fight, and I’m proud of Chandra for not giving up,” Cooper’s mother, and Waters’ granddaughter, Amelia Cooper told the paper.

DePaul University’s Theatre School is cutting their MFA program in acting from three years to two, reports Kerry Reid at the Reader. “Dexter Bullard, head of the school’s MFA acting program, says it’s about more than saving students money. It’s about giving them a training that’s more relevant both for the acting profession, and for the larger society. And in his view, bringing down the cost of a prestigious-but-pricey MFA is also part of acknowledging institutional inequity… ‘What we’re able to do is cut the price of a degree by a third. When you’re talking about someone entering the world of acting or live theater or whatever they’re going to do, it becomes really critical. I’m not going to wait for legislation or fundraising or endowments to somehow do that if it’s not been what’s happened historically, right? This is a way to create efficiency. Human efficiency.’ The program is also expanding the number of MFA candidates from ten to fourteen.”

Deeply Rooted Dance Theater is returning to live, in-person programs and performances, under the banner Deeply25, through October. “At Deeply Rooted we are firm believers in the power of the universe and its ability to command energy and bring together growth and healing,” Artistic Director Nicole Clarke-Springer says in a release. “As we realized the magnitude of what we were dealing with during the past year, in terms of the pandemic and social unrest, our Artistic Team reflected and meditated on the company’s mission and its unique ability to feed the soul. Out of that process came the theme Beyond Dance, which signifies the power of dance beyond the intrinsic joy of movement. Deeply Rooted has used this theme to brand all of its artistic work this season.” Deeply Rooted Dance Theater unites modern, classical, American, and African-American traditions in dance and storytelling through three primary initiatives: performance, dance education, and cultural outreach. More details and programs here.

“Once upon a time, before there was a Pride Month, before politicians and corporations championed gay causes, before Chicago had a neighborhood called Boystown, before LGBTQ was a term, Jon-Henri Damski wrote about the lives of gay people,” Mary Schmich writes of a figure from the receding past. The dedication of the AIDS Garden at the lake shook her memories. “He came to the city in the 1970s, an eccentric man with a love for the classics and a Ph.D. from the University of Washington. His passions grew to include the Chicago Cubs, and he wore his blue cap everywhere as he roamed his neighborhood in search of stories and conversation.” Damski was a a flâneur, a man of the streets, a gadfly. “[H]e took to mailing me letters, often on pink stationery, typically typed on his $50 Underwood typewriter in his $125-a-week room at the Belair Hotel. I was just one of the many people he wrote along with writing his columns. Others were politicians, journalists, folks he just happened to meet. Words poured out of him as if his mind were a spigot he couldn’t turn off.” Damski also made little cards, which he called “queer thoughts,” such as Being civilized means wearing costumes but never uniforms. “Along with his philosophical musings, he wrote about the people of New Town, which was eventually renamed Boystown,” Schmich continues. “He called them ‘the folk,’ and they included drag queens, waitresses and what he once described to me as ‘the sons and daughters of Iowa’ who came to the big city when they were kicked out of home and church. When Damski was inducted into the Chicago LGBT Hall of Fame, he was lauded as ‘the gay Studs Terkel.'”

LGBTQ activists organizing under the banner #PrideWithoutPrejudice are organizing two inclusive “People’s Pride” actions in the last week of June. According to a release, a march of the LGBTQ community and allies will begin with a short opening rally at noon, Sunday, June 27 at the Belmont Red-Brown El station, taking place when the parade of corporations and politicians is traditionally held. “The march, with a sister event on Wednesday, June 30 on the West Side will focus on community members, especially Black and Trans people, who are typically marginalized or tokenized at white-led Pride events.”  “Not only was Stonewall a rebellion against police violence, fighting racism was also a core principle of the movement that came immediately after it,” Ashabi Owagboriaye of Pride Without Prejudice says. “The early LGBTQ movement organized many actions against racism and police violence and in solidarity with the Black Panther Party, leading the BPP to become the first large ‘non-LGBTQ’ organization to embrace what at the time was called ‘gay liberation.'”