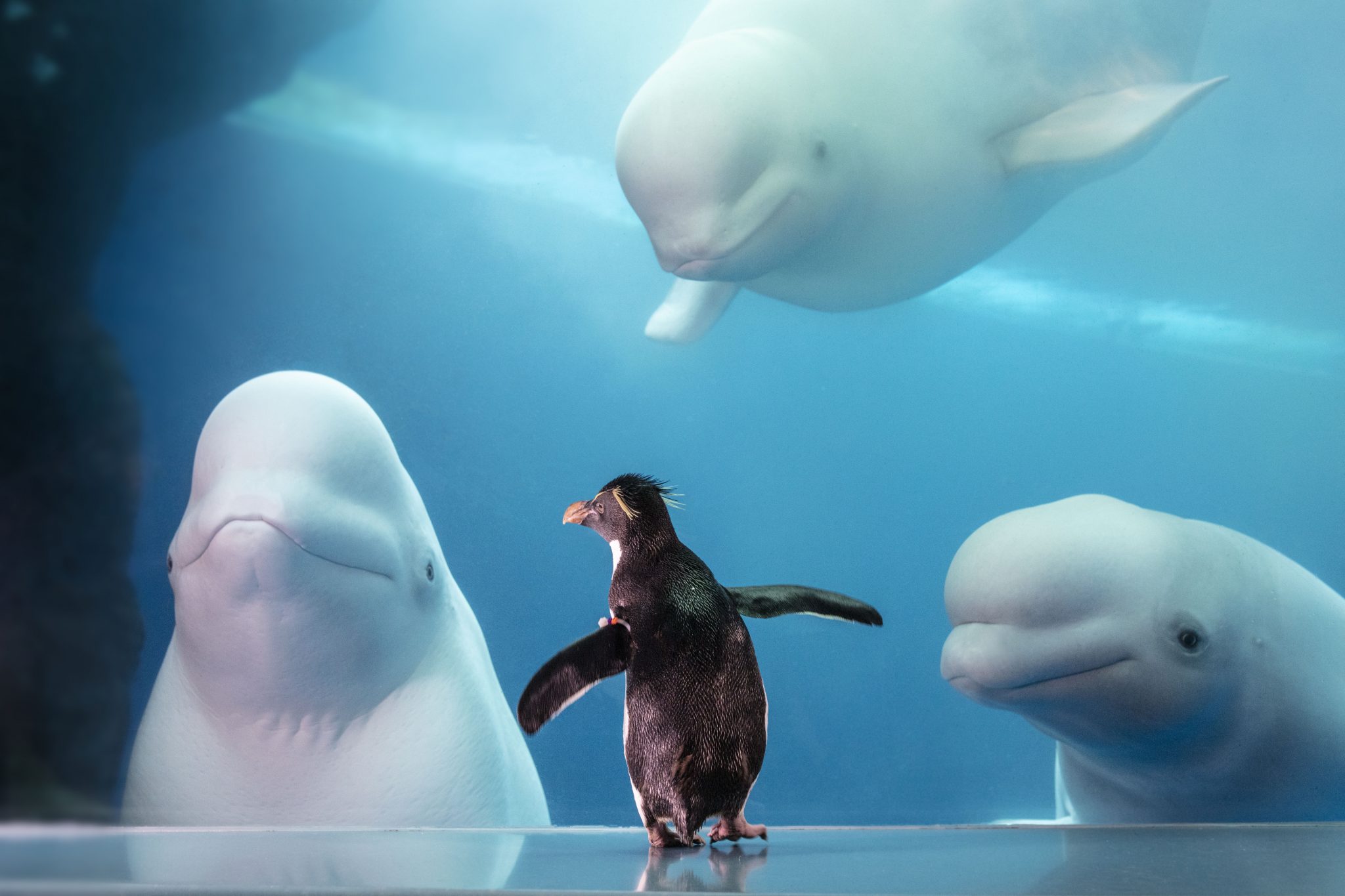 “We can’t look at the destruction of [Iraqi heritage] sites in a vacuum, they did not begin and end with ISIS in 2015. It began in the middle of the 19th century when artefacts were plundered for the British Museum, the Louvre, the Oriental Institute in Chicago and so on…  And ever since, Iraqis have been forced to look at their history through the gaps in these absences.” Michael Rakowitz (Newcity Art 50) talks with The Art Newspaper’s “A Brush With…”

Landmarks Illinois, through the Landmarks Illinois’ Preservation Heritage Fund, has awarded  $17,000 in matching grants to support historic preservation efforts in Chicago, Jacksonville, Lockport, St. Charles and Wood Dale. The grants require the recipient to raise funds equal or greater to the Landmarks Illinois grant amount. Landmarks Illinois grants are used to spark ongoing community support and fundraising efforts for the preservation of important local landmarks and architecturally, historically or culturally significant sites. In Chicago, the congregation of the Blackwell-Israel Samuel A.M.E. Zion Church was granted $4,300 to make necessary repairs at the northeast entrance of the building in Bronzeville, the only known church in Chicago designed by nationally recognized architects Edbrooke and Burnham, who were responsible for designing the Government Building at Chicago’s 1893 World’s Columbian Exposition. More details here.

Lettuce Entertain You At Fifty: An Oral History

The Trib’s Louisa Chu, Nick Kindelsperger, Josh Noel and Adam Lukach listen to the history of the hundred-plus-restaurant juggernaut that began as a jokey 1970s salad bar in Chicago. Rich Melman: “The year before we opened our first restaurant, I was with a friend of mine, who I was very impressed with, because he had gone to, I think, University of Denver. They had a restaurant management program. His name was David. I said, ‘Let’s work on the menu together.’ And he said, ‘We gotta get high.’ I said, ‘Great.’ We got high. And we put down all these ideas that we had. The next day I looked at them, and they were awful… Anyway, we opened up R.J. Grunts in ’71. That might have been one of the worst restaurant names of all time. R was for Richard and J was for Jerry. He had a girlfriend Debbie, who was terrific, and her nickname was Piggy. She used to make these guttural sounds when she ate. That’s where the name came from, the R and the J and the sound pigs make grunting. I believed this restaurant was what my generation wanted: The music, the people that worked there, the whole philosophy. There were hippie-style restaurants that were around before me.” The 3,800-word history is here.

While noting the stress of fully staffing restaurants today, “The second-generation owner of Aurelio’s Pizza has denounced a sign posted at a central Illinois location of the chain complaining about being short-staffed because ‘sadly, due to government handouts, no one wants to work anymore,'” reports the Trib. “The owner of the Bourbonnais location, located about 60 miles south of Chicago, ‘took it down immediately’ and offered to apologize to other franchisees across the company, which includes 38 restaurants in five states.” Still, the franchisee insists on their say: “These kids have chosen to come to work, and we’re in their court. We thought we needed to say something, because normally we take pride in our service and if we had the staffing we want, there wouldn’t be any issue. But when you have two employees doing the work of six or seven, things will be a little slower.”

Dwayne Thomas “worked as a doorman at many of Chicago’s counterculture nightclubs, including Medusa’s, and was known by punk and hardcore bands across the country,” reports Block Club Chicago. “Thomas, a fixture of Chicago’s punk rock music scene who made waves as an anti-Nazi skinhead in the ’80s and ’90s, was found dead this week, a few days after he went missing. Thomas, 54, was last seen leaving his job at Rootstock Wine & Beer about midnight Friday… ‘He always looked out for his friends. He’ll always be known as that guy who broke stereotypes. Everyone has a story about Dwayne.'”

“As a young comedian, The Second City was my artistic home where I learned my chops and had the freedom to fail with my friends. I want to help keep it that way,” Stephen Colbert said in a statement. “Second City management now will report to the board, created following the February sale of the famed comedy company to the private equity firm ZMC. It’s believed to be the first time in Second City’s sixty-one-year history that it’s been governed by a board, reports Miriam Di Nunzio at the Sun-Times. Colbert’s presence, writes Chris Jones at the Trib, “seems likely to lead to opportunities for Second City performers on ‘The Late Show,’ especially since Second City also named Chris Licht, the showrunner and executive producer of ‘The Late Show’ to the board… Others named include Chris Henchy, the co-founder of… ‘Funny or Die’; Larry Irving, a partner at ZMC; Brad Jenkins, the CEO of Enfranchisement Productions; and Laura Kennedy, the CEO of the Avalon Group, a powerful talent agency and producer whose shows include ‘Last Week Tonight with Jon Oliver.'”

Play-PerView will present Dianne Nora’s “Ruth Bader Ginsburg: A Living Document” in collaboration with Chicago’s A Red Orchid Theatre, streaming June 12-16. Featured players are Blair Brown, Sadieh Rifai, Karen Aldridge, Kirsten Fitzgerald, Sara Sevigny, Esteban Andres Cruz, Fawzia Mirza, Delia Kropp and Cheryl Lynn Bruce and this production is directed by Kristina Valada-Viars. “Justice Ruth convenes a female and non-binary chorus of nine to tell the story of her life through scenes, stories, and standup, showcasing her enduring legacy as an activist, jurist, and icon. Spanning ninety years of history, ‘Ruth Bader Ginsburg: A Living Document’ offers a closer look at one of the most revered and reviled figures in modern American life.” Proceeds from this reading will benefit the ACLU and A Red Orchid Theatre.

About Face Theatre is awarding grants to two local LGBTQ+ playwrights to support their creative work. Playwrights Hannah Ii-Epstein (she/her) and BeeBee Cooper Browne (they/them) will each receive $2,000 grants for use in their art-making processes. The grants are not tied to the creation of any specific work. “These two artists have already been writing bold visions into the world and challenging the status quo,” About Face Theatre Artistic Director Megan Carney says in a statement. “We recognize that the creative process takes many forms and needs to be supported at different stages along the way. Grants like this are vital for supporting important LGBTQ+ voices in the arts community.” In addition to the grant money, AFT is making its office and rehearsal spaces available to the recipients for workshops, presentations or writing spaces. More here.

The state of Illinois fully reopens today, on track to meet the President’s goal of seventy percent of adults getting a first vaccination by July 4. The state will eliminate all capacity limits on businesses, large-scale events, conventions, amusement parks and all other venues. Governor Pritzker parts the clouds and sees sunshine in a statement: “A strong economy requires that people not only feel safe, but truly be safe, as they go about their lives as workers, neighbors, consumers, and friends – and thanks to the lifesaving power of vaccinations, that day is finally here for Illinois. I invite all Illinoisans to feel the hope and joy of this moment while also recognizing that this pandemic is still very present for the world at large – not to mention those here at home who have not been or cannot be vaccinated. As we take this next step forward, let’s do so with a renewed commitment to empathy, to community, and to making each day together count. You did it, Illinois.” Mask requirements for vaccinated and non-vaccinated individuals continue to align with CDC guidelines. WBEZ offers a guide through the thicket of jargon about phases and such here.

Some of Chicago’s biggest museums will stay open late tonight as the city reopens for the first time in over a year, reports the Sun-Times. Mask mandates and distancing still applies in some cases. The museums and the late closings: 9pm: Field Museum, Shedd Aquarium; 10pm: Museum of Science and Industry, DuSable Museum, National Museum of Puerto Rican Arts & Culture.

Shedd Aquarium, in accordance with State of Illinois and City of Chicago guidelines, will go to a full reopening today. “Now even more people can come face-to-face with aquatic animals, from penguins and paddlefish to sea otters and sharks, as Shedd incrementally increases capacity. Plus, dive deeper daily with the phased return of touch experiences to discover the unique textures of sturgeon and sea stars, add on a unique hands-on experience with a stingray feeding, tease your senses with Octopus: Blue Planet II 4D Experience, or meet a penguin,” the Shedd writes. “To celebrate the full reopening on June 11, Shedd is offering a special edition of its Late Hours program on Friday, extending hours to 9pm. Guests can take in the lakeside views, experience special pop-up animal encounters and enjoy live acoustic music on the outdoor terraces. Explore the aquatic animal world at night during this special event, or during Late Hours on Wednesdays starting June 16 through July.” Details here.

The Adler Planetarium will reopen to guests beginning July 3, for weekend screenings of their sky shows, as well as select public observing events in our new observation park and upgraded Doane Observatory. A new telescope—the largest publicly accessible telescope in the Midwest—was installed in the Doane in February 2020. Dates and ticket information will be announced on the Adler website soon; the museum will fully reopen in March 2022. Here’s a list of their online resources for now.

“Forty hotels are reopening now. The opportunity to rehire people is now. The whole purpose of our proposal is to get people back to work — the sooner the better,” Michael Jacobson, president and CEO of the Illinois Hotel & Lodging Association tells the Sun-Times. “I’ve heard from hotels that have shut off their reservations once they sell seventy-five percent of their rooms, when they could sell out. They could sell another couple dozen. They haven’t got the staff to truly accommodate more people.” Many hotels are waiting on a decision by Mayor Lightfoot. “Jacobson wants Lightfoot to earmark $75 million of the $1.9 billion avalanche of federal coronavirus relief on its way to the city to help Chicago hotels staff up for a full reopening. That’s roughly $1,500-per-room at every city hotel. But Lightfoot isn’t ready to decide. She’s still waiting for final federal guidance on the preliminary edict that no new stimulus money can be used to cancel plans to refinance some city debt.”

The Black teenager “whose death at the hands of a white stone-thrower at a segregated lakefront beach sparked Chicago’s worst race riot will receive a grave marker 102 years after his death, thanks to citizens wanting to right an old wrong,” reports Will Lee at the Trib. “Despite playing such a key role in one of the city’s darkest chapters, little is known about the teenager and only one grainy photograph remains.” A dedication for the grave marker will be July 24 at 3:30pm at Lincoln Cemetery in Blue Island.

The Drag March for Change, which attracted thousands last year demanding racial justice, returns Sunday. “The protest, led by a group of Black drag performers and transgender people, shut down North Halsted Street in June 2020,” reports Block Club Chicago, “as protesters demanded justice for George Floyd and other victims of police brutality, as well as racial equality for Black people.” The Drag March will assemble Sunday at 12:30pm at the corner of Belmont and Halsted. “We’re bringing this back because our demands weren’t met,” organizer Jo MaMa, also known as bartender Joe Lewis, told Block Club. “We’ve also broadened the protest to include speakers from other races to stand up against oppression.”