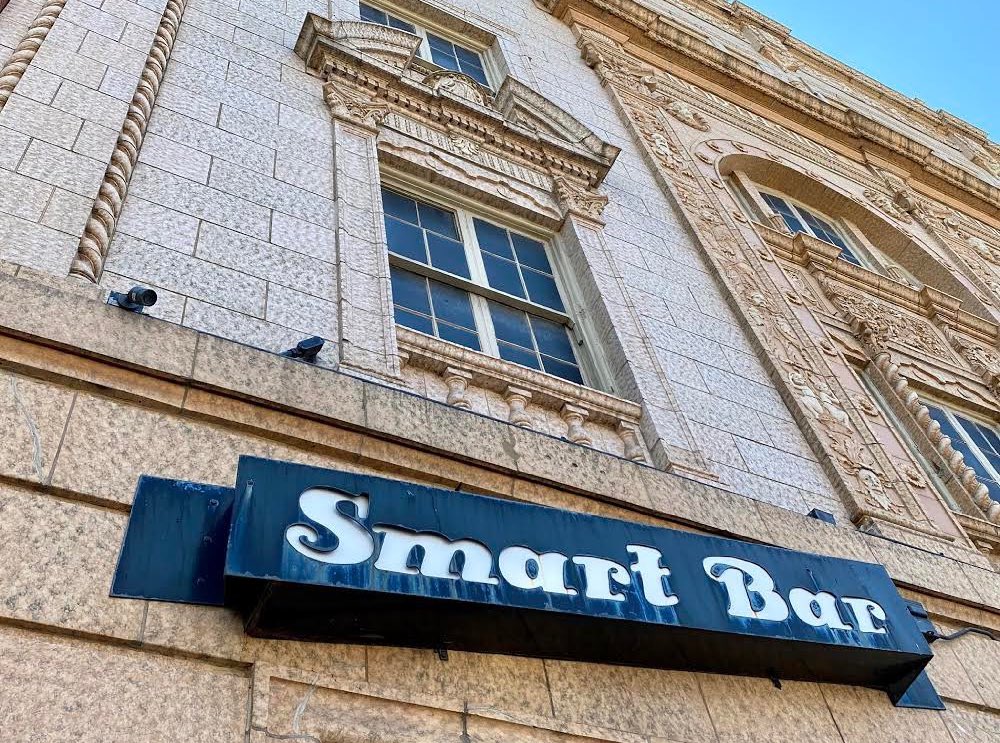 Christopher Borrelli at the Trib says there will be long lines at the “Obama Portraits” exhibit, and offers forty-four things to know: “‘At the heart of these two paintings is an incredible opportunity for Chicago to wonder about portraiture and art itself,’ said Richard Powell, a longtime professor of art history at Duke University, and native of Woodlawn. ‘It’s a chance to think about how an artist creates a likeness, then aims for something deeper, into the soul of the person being painted. It’s also, of course, a chance for more debate about these works. Which are, above all, important as art.'”

“These portraits have gotten a very different reception than any other presidential portraits in our history,” Taína Caragol, curator of painting and sculpture and Latino art and history at the National Portrait Gallery tells Kyle MacMillan at the Sun-Times. “I think that is because the artists that the Obamas chose are very much part of the contemporary art world and not the formal tradition of state portraiture.”

The $102-million, twenty-story, 207-unit “Assemble Chicago” plan for City-owned property at Van Buren Street and Plymouth Court was announced Tuesday. “Assemble Chicago will not only serve a range of household sizes, but importantly reach our lowest-income and highest-need population – those earning thirty percent of the area median income, or $28,000 for a household of four,” Chicago DOH Commissioner Marisa Novara was quoted by the Department of Planning and Development. The eight-minute video presentation is here.

Lightfoot Now Wants To Shut Down Liquor Sales After Midnight

“Mayor Lori Lightfoot will introduce a measure Thursday to ban the sale of alcohol at stores after midnight. Her initial proposal to ban sales after 10 p.m. was widely opposed and immediately dismissed by most aldermen,” tweets WTTW’s politics reporter Heather Cherone. “The mayor is calling her midnight proposal ‘a reasonable compromise’ and her staff cites that ”on average there are over 50 calls per liquor store to 911 each year.’ That stat, included in the news release, was presented without context — for example, it wasn’t mentioned if the calls happen past 10pm,” adds Eater Chicago.

Sam Weller writes about his former Columbia College student Danny Fenster at the Reader: “Since August 2020, Danny has worked for the independent news magazine Frontier Myanmar as its managing editor. He lives in the city of Yangon with his wife. In February, Myanmar went through a violent military coup, and the new regime detained democratically elected leaders and clamped down on journalists and news organizations. Mass protests ensued, with reports of hundreds of civilians killed and thousands imprisoned [in the] unlawful overthrow of a democratically elected government…  On Monday, May 24, Danny entered the Yangon International Airport. He had planned to fly home to Michigan to surprise his family, but before he could board the plane he was detained by authorities.” Danny’s brother, Bryan Fenster, tells Weller, “Danny is like a tumbleweed. He travels with a backpack and that’s pretty much it. He made it all the way through security, made it all the way to the gate, had his PPE on—I guess they require everyone to [wear] a full gown and everything—and was minutes from boarding the plane and I think they tapped him on the shoulder and said, ‘Come with us.'” Weller expands on both Fenster’s case and the worldwide implications of clampdowns on a free press. “If all of this sounds precariously close to a dystopian novel, frankly, we are already living it, folks. This is ‘Fahrenheit 451.’ Ray Bradbury used to tell me often, ‘Without the truth, without education, our citizens will be uniformed and can no longer participate in democracy.’ It seems this would be the goal of many.”

Columnist Heidi Stevens is among the Tribune buyouts, leaving after twenty-three years at the paper: “A lot of people are leaving the Chicago Tribune. (I am one.) A tremendous amount of talent will remain and will continue to cover the hell out of this city and its complexities—tragic, joyful and otherwise,” she writes on Twitter. “I’m rooting for them with my whole heart.”  Crain’s reports:. “Employees represented by the union are expected to find out whether their applications have been accepted no later than June 21. Their last day would be June 25, unless they negotiate otherwise.” The last day for non-union workers whose buyouts were accepted is Friday. A partial list as reported by Crain’s: Mary Ellen Podmolik, director of business coverage; Jonathon Berlin, director of content for data and graphics; editorial board members Lara Weber and Steve Chapman; and entertainment editor Scott Powers, “ending more than twenty years at the paper.”

“There are always staff changes in daily journalism, but what’s happening to the Chicago Tribune is stunning nonetheless. Some names on the buyout list… are not known to outsiders but are key staffers,” tweeted former Trib editor Mark Jacob. “The masthead of the Chicago Tribune 3.5 years ago had fourteen names, including mine. After this round of buyouts, it appears that just one of those names will remain.” Scott Powers tweets about ending more than twenty years at the paper, mostly as the highly regarded entertainment editor. “The Tribune will continue to be an essential part of Chicago, and I hope everyone will subscribe and read it.” (Powers’ Twitter bio reads: “Former Entertainment Editor, Chicago Tribune, Boston Globe, Chicago Sun-Times.”)  Steve Johnson to Powers: “Congratulations, Scott, on an outstanding daily journalism career, especially at the Tribune. The arts and culture report has always been one of the paper’s real strengths, and your leadership of a first-rate team was a big part of the reason for that.” Blair Kamin: “Hearty congratulations and hugs to you, Scott, after an outstanding run in arts journalism at two great metro papers. Having worked w/ you at the Tribune and before, I can say with certainty that few arts editors are such champions of the field.”

Orlando Sentinel columnist Scott Maxwell: “It’s buyout-decision time at Tribune papers again, so I’ll cut to the chase: I’m staying. I still love – and believe in – what we do. It’s an honor to do it. So, while I can, I will. To quote a [sports columnist Mike Bianchi] text from this morning: ‘I’m riding this dinosaur into the tar pit.’ My rationale is the same as it was when I spoke with fellow veteran journalists last year about why we stay. We love journalism…” Or as Maxwell wrote at the round of 2020 buyout offers: ” I love this job with a ridiculous, white-hot passion.”

Thirty-five-year-old independent nightclub Smartbar took to Facebook to proclaim: “hey y’all—it’s time. this weekend, our doors open for the first time in SIXTEEN MONTHS.  we cannot wait to dance with you. ***we are requiring all patrons to show proof of vaccination in order to attend this weekend’s events. this is subject to change for future shows.”

“Nearly a year to the day after ruling it out as too costly, Mayor Lightfoot declared Monday that Chicago will recognize June 19th, known as Juneteenth, as an official city holiday to commemorate the end of slavery in the United States. The mayor’s surprise announcement came during an event at Daley Center Plaza that kicked off a weeklong Juneteenth celebration,” Fran Spielman reports.”‘I, like many others, didn’t even know anything about Juneteenth until I was an adult. And that’s because it has never been treated with the reverence that it should be. If you look at the… history books that are used to teach our children, you may only see a passing reference, if at all. We must change that,’ Lightfoot told a crowd at Daley Center Plaza.” From Lightfoot’s Twitter feed: “I am proud to announce that pending City Council approval, the City of Chicago will recognize Juneteenth as an official city holiday by 2022. Black history is American history.”

“My first reaction to the city renaming Lake Shore Drive for Jean Baptiste Point DuSable was: Why?” writes Mary Mitchell at the Sun-Times. “But after talking with Ephraim Martin, the chairman of Black Heroes Matter, I have to ask: Why not?Like many other Black historical figures, DuSable’s contributions as the city’s founder were acknowledged grudgingly… ‘For 240 years, DuSable has been rejected by virtue of the color of his skin,’ said Martin… ‘We have over 2,000 streets in Chicago and not one with the name of the founding father. It is time for DuSable to get his full reward… It is the one thing that can link north and south together… It is the only thing that is going to grow us together. Chicago is ready to make a difference and to show the world that they are leading the way to end systemic and institutionalized racism.”