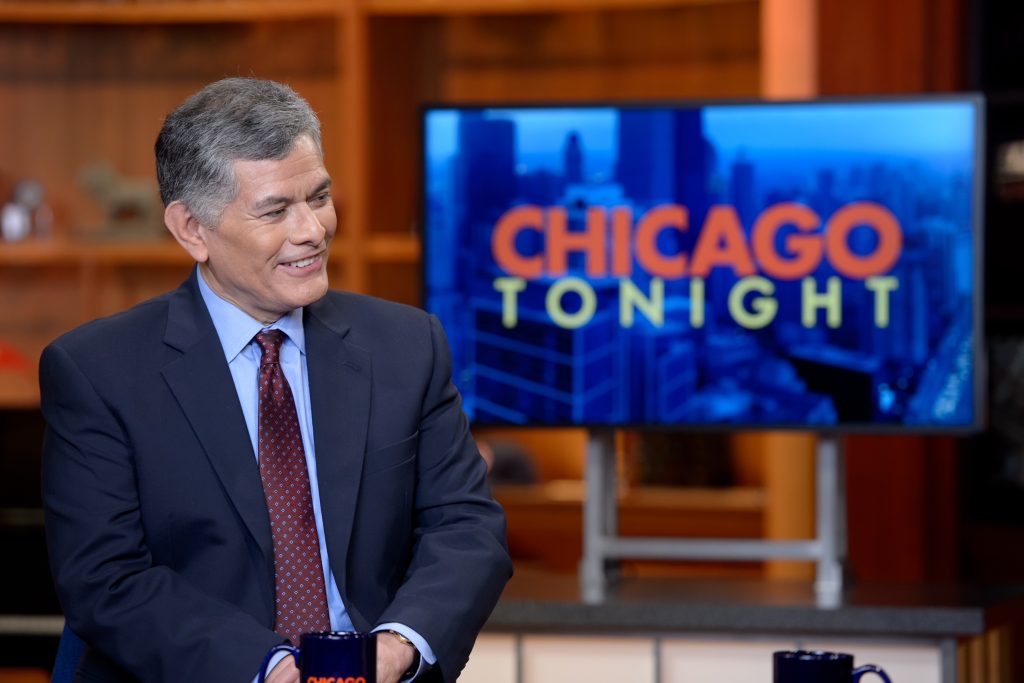 Jeff Bezos’ ex-wife, MacKenzie Scott and her husband, Dan Jewett, released their latest multibillion-dollar batch of gifts—$2.74 billion to 286 institutions—and the National Museum of Mexican Art received an unrestricted gift of $8 million. “Arts and cultural institutions can strengthen communities by transforming spaces, fostering empathy, reflecting community identity, advancing economic mobility, improving academic outcomes, lowering crime rates, and improving mental health,” Scott wrote in the now-traditional Medium post she releases when gifts are announced, “so we evaluated smaller arts organizations creating these benefits with artists and audiences from culturally rich regions and identity groups that donors often overlook… We chose to make relatively large gifts to the organizations named below, both to enable their work, and as a signal of trust and encouragement, to them and to others. Would they still benefit from more (more advocates, more money, more volunteers)? Yes.” Writes Carlos Tortolero, founder and president of the National Museum of Mexican Art, “This generous gift will have a lasting and transformative impact on our organization and the community we serve. Thank you to Ms. Scott and Mr. Jewett for honoring our work and that of the artists whose vision and voices we seek to amplify in Chicago, the U.S. and throughout the world.” Scott quotes Rumi in her missive: “Gathering more and more is not the way.”

“We are disappointed that someone would choose to vandalize one of our lions, who serve as a symbol of Chicago to visitors from around the world,” Art Institute spokeswoman Kati Murphy said in an emailed statement to the Sun-Times. “Last year, someone stole a face mask from one of the lions less than a day after the masks were applied to spread awareness of a statewide mask mandate. A month later, a 19-year-old Indiana woman allegedly tagged the base of one of the lions in the presence of police officers, who arrested her and confiscated three cans of spray paint. The lions have stood at the museum entrance since 1894.”

Tenenbaum True Value Goes Down, Just Shy Of A Century

“After nearly a century of personalized service to its Lakeview neighbors, including emergency deliveries to Wrigley Field, Tenenbaum True Value Hardware is preparing to shut down and sell its Belmont Avenue store,” reports the Trib. “The 98-year-old business is closed until Thursday, when it will begin the approximate two-month process to sell off its inventory.” The store’s fate? To be replaced by apartments.

Archdiocese Merges Five South Side Black Churches Into A Single Parish, Our Lady Of Africa

Corpus Christi, on South King Drive, along with St. Ambrose, St. Anselm, St Elizabeth and Holy Angels churches will merge July 1 into one new Our Lady of Africa parish, under the Archdiocese of Chicago’s ongoing “Renew My Church” initiative, reports Maudlyne Ihejirika at the Sun-Times. “Under Renew My Church, struggling churches and schools are closed or consolidated, to cut costs for aging infrastructure, as well as to address a priest shortage. ‘Some are resigned to the change. Some are sad. Some are mad about it, and feel like, “Could this not have been prevented?” So the emotions of parishioners flow all over the place,'” Corpus Christi pastor Reverend Edmund Nnadozie tells Iherjirika.

“Just Eat Takeaway.com completed its acquisition of Chicago-based Grubhub,” reports the Sun-Times’ David Roeder, “sealing a deal aimed at establishing a dominant global player in food delivery… Grubhub said its founder and CEO, Matt Maloney, will join Just Eat Takeaway’s management board…Maloney is expected to concentrate on the new company’s North American operations, which will be based in Chicago. Grubhub has 1,200 employees in Chicago, and layoffs… are not expected to be large as the companies have little geographic overlap. Amsterdam-based Just Eat Takeaway describes itself as the market leader in Europe, Canada and Australia... The Grubhub brand name will continue in the United States. A spokeswoman said its signature red color will change to Just Eat Takeaway’s orange.”

As Mayor Lightfoot offers a “compromise” with herself to her first sally against late-night liquor takeout, now pushing for a midnight curfew, gadfly Twitter account Chicago Bars compiles a Google map “of every package good (to go) liquor licensee in Chicago. Which ones do you think will lose the most business if Chicago passed an earlier sales curfew than almost every suburb?”

A Career Server On Why Workers Aren’t Returning To Restaurants: It’s Not Pandemic Benefits

Grub Street publishes a first-person account from a career waiter, enumerating causes of the worker shortage in the restaurant industry: “The nature of the work has changed. Under the best circumstances, I get to be part of dozens of small celebrations every night — people come to toast engagements, weddings, birthdays, and promotions. It is deeply gratifying to make people happy every night. But now, instead of being providers, servers have been turned into cops: We must enforce countless, ever-changing rules and regulations for diners who simply don’t care. Every night it’s, ‘No, you can’t move the tables; no, your friends can’t join your ten-top; no, you can’t stand up and walk around maskless.’ Some people are understanding, but most times, guests react as though we personally drafted these rules specifically to ruin their night. They beg, they withhold tips, they scream at us, and in extreme cases, they assault us. Asking for better working conditions is treated as a sign of laziness and entitlement. I can’t count how many times a complaint to management has been met with, ‘You could always work somewhere else.’ Sucking it up and putting on a happy face is the only way to show that you’re a ‘true professional.'”

Construction continues at the site of The Wieners Circle; on Twitter, they share a brief, scored snippet of the demolition of their now-former building: “Don’t worry, we’re only making a few changes.”

John Barley, Solemn Oath CEO and founder “and his crew have spent the past several months transforming the Richmond Street storefront — on the ground-floor of a modern apartment building — into a warm taproom with a Europe-meets-Wisconsin-Northwoods feel, a blend of Barley’s Wisconsin upbringing and his love of Belgian beer culture,” reports Block Club Chicago. “The Solemn Oath team worked with local artists and woodworkers to give the taproom flair. They installed an oil painting above the bar. It’s by local artist Jourdon Gullett and depicts a city center in Brussels, a still-life hunting scene and homes in Logan Square.” “We were very deliberate with everything we did. It tells a really good story,” Barley tells Block Club.

“Chris Forman is the third generation of the Forman family to operate the Pacific chain. He has run the company for nearly 30 years, and it was his exacting vision that created the ArcLight experience,” reports Variety. “Over the last two decades, Forman expanded the ArcLight brand across the country. When the pandemic hit, he had just opened the newest location in Boston. It was also his decision to shut down the chain for good. Why? The answer lies in Forman’s personality — unusual for the theater business — and in the way in which he inherited the company built by his father and grandfather.” More here.

Host Phil Ponce will wrap up his regular twice-weekly appearances on “Chicago Tonight” and shift to special assignments and appearances for WTTW News, including as a guest host for WTTW’s weekly series “Latino Voices.” “Over three decades, Phil Ponce has been a trusted guide to our community of viewers on ‘Chicago Tonight’,” WTTW president and CEO Sandra Cordova Micek says in a release. “Phil’s work has embodied the values of public media as he provided essential, independent news and information about our city and region. We are grateful for his years of exceptional work and steadfast commitment to fact-based journalism, and we are looking forward to his continued presence on our air in the months to come.” Ponce: “I’m excited about the adventures ahead, and look forward to continuing to contribute to ‘Chicago Tonight’ in new ways. Doing this important work has been the honor of a lifetime, and I remain committed to maintaining the high journalistic standards that have been synonymous with the program for more than thirty-five years.” (Ponce signed on at WTTW in 1992 as a correspondent for “Chicago Tonight” and substitute for longtime host John Callaway.)

“I’ve recorded blues artists all over the country, but I started here in Chicago because this is still the home of the blues in this country,” said Bruce Iglauer, a Wyoming, Ohio, native who founded Alligator Records in 1971. “This is still the city with more active blues musicians and more active blues clubs than any other. I call myself a blues pilgrim because I came here for the blues, and I could have ran this label from Cincinnati; it wouldn’t have been the same label. It feels great.” Evan F. Moore at the Sun-Times on the Alligator Records half-century.

Will The Second City Now Be The Chicago Pipeline To The Coasts?

“The recent news that Chicago’s The Second City comedy theater is adding Stephen Colbert to a new board of advisers means far more than the arrival of a supportive alum adding his name to help an institution that has gone through several crises and reinventions,” writes Chris Jones at the Trib. “It looks to me like a major new pipeline from Chicago comedy to late-night TV.” Many performers from the local scene have made their own way to the coasts. “The Chicago institutions certainly did their best to set up auditions and provide the best showcase possible, but they had only tentative links to the shows themselves… [F]or decades, successive, independent-minded owners at Second City worried about their talent being stolen away, just when it was beginning to gel on one of their stages. They didn’t want to be a formal farm team, training performers for someone else’s benefit under someone else’s contract. Especially since TV tends to want people yesterday, once it wants them at all.” More here.

Lifeline Theatre has appointed Amelia Ablan to her new staff position as Production Manager. Reporting directly to Artistic Director Ilesa Duncan and Managing Director Allison Cain, Ablan will be responsible for overseeing production processes for the company, collaborating closely with directors and the Artistic Director to fulfill the production needs for Lifeline’s future live and digital programming. Ablan succeeds Jennifer McClendon, who served as Production Manager since 2016, now heading to Providence, Rhode Island to Trinity Repertory Company as their new producing director.

“Pritzker made the announcement Wednesday morning and signed into law a declaration for the holiday,” reports Block Club Chicago. “The state will lower flags to half-staff on Juneteenth — which falls on Saturday this year — and a flag for the holiday will fly in the state capital. The holiday will be a paid day off for state workers and public education professionals, but only when June 19 falls on a weekday. That means the first paid holiday for Juneteenth will be in 2023.”

“Kennedy-King College, a branch of City Colleges of Chicago, was given $5 million by Scott. The University of Illinois-Chicago received $40 million from the ex-wife of Amazon founder Jeff Bezos,” reports WGN-TV. The donation is part of $2.7 billion given to 286 organizations by Scott. “Ms. Scott’s extremely generous donation will advance the lives of students who are poised to make great contributions to our city, our state and our world,” UIC Chancellor Michael D. Amiridis told the station. “Her gift is a vote of confidence in the mission of public higher education and in UIC.” “City College officials say the money is the largest single private donation ever given Kennedy-King.”