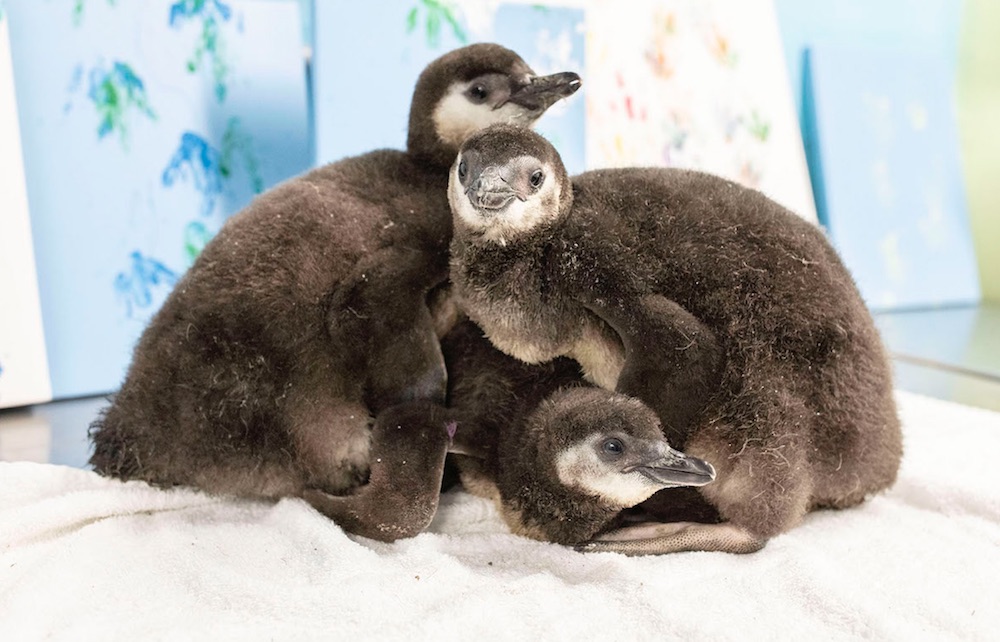 What’s Happened To The German-American Character Of Lincoln Square?


Eater Chicago goes long on the changes in Lincoln Square: “Maifest, the annual German heritage festival in Lincoln Square…was canceled for the second year in a row… Lincoln Square is a neighborhood at a crossroads, and the cancellation came as a disappointment to DANK Haus German American Cultural Center… Most recently, it saved the Chicago Brauhaus from the clutches of extinction by moving the restaurant’s bar, plus a few other mementos, inside its building.” The absence of Maifest “reflects a larger shift in the Lincoln Square neighborhood — once a largely German-American enclave that over time has seen many of its community pillars close or change hands, a trend that’s accelerated in recent years. These losses include Huettenbar, one of the area’s last-remaining German taverns. Founded in 1985, the bar gained a following for its colorful murals, Old World allure, and wide selection of German beers and liquors. Owner Irma Frolich quietly closed it in fall 2020. The space’s new tenant has plans for a new tavern: Lincoln Square Taproom.”

Kitchen + Kocktails by Kevin Kelley will open mid-August after the success of the first location in Dallas, serving comfort food in a 10,000-square-foot space at 444 North Wabash that will include a dining room, two bars and a private dining area. Downtown Chicago doesn’t have any large Black-owned restaurants, says Kelley, an attorney and restaurateur, who also says that the leadership of the city has welcomed him with open arms. “We hope to offer an all-encompassing culinary experience that makes Chicagoans feel as if the South was delivered to the beautiful Windy City,” Kelley says in a release. The beverage program will feature specialty cocktails, several of which will feature Black-owned spirits and alcohol brands.

Travelle at The Langham has hired pastry chef Nitin Bali; in addition to overseeing the pastry kitchen, Chef Bali will lead pastry operations for the entire hotel and all its offerings, including its afternoon tea service, private kitchen orders, dessert catering services, 15,000 square feet of banquet space and club level. In coming weeks, Bali will introduce his all-new dessert menu at Travelle, including seasonally inspired ingredients for summer.

Former editor Ann Marie Lipinski: “The scale of talent leaving the Chicago Tribune is staggering. Combined with January buyouts, a hedge fund’s takeover is driving out irreplaceable experience, Pulitzer winners among them. Incalculable loss for Chicago. If you live in a city with a local paper, take care of it.” Movie critic and shareholder advocate Nell Minow replies: “I grew up with the Chicago Tribune and later it was one of the great honors of my life to write a few pieces published there. Seeing this is like losing a beloved family member who happens also to be vital for democracy.” Phil Rosenthal has also taken the Alden Global Capital buyout after sixteen years with the paper. From Rosenthal’s Facebook page: “You can add me to the too-long list of people announcing they have taken a buyout and will be leaving the Chicago Tribune… It was a tough decision. It’s been a privilege to work there, and I value every one of you in the audience. In my first Trib column, I quoted Rupert Murdoch warning that traditional media had to evolve or they’d die. That’s still true, despite countless changes since 2005… The Tribune will continue changing in its bid to endure, as will I. But I have concluded the changes I need to make will be achieved more efficiently away from the evolving paper. I will miss it greatly, I’m sure… [It] is both thrilling and terrifying to have so many possibilities for my future, which was unlikely to be free of anxiety regardless of whether I stayed or left… The Chicago area depends on [the Tribune] and what they do. Ditto for my former colleagues at the Sun-Times. We need info. They provide it. So I’m hopeful overall. Beats the alternative. Who wants to live like that?”

“The impact of a venue on a neighborhood is a lot of business,” Subterranean’s Robert Gomez tells Block Club Chicago. “You really are an economic engine. Wicker Park Fest is that on steroids.” “Being several months behind on his mortgage, Gomez made the decision to take out a 30-year loan so he could pay workers to clean the venue and make repairs before reopening. He had other expenses, too, like annual city permit fees and a $20,000 property tax bill. Until the Save our Stages aid comes through, upcoming festivals will generate much-needed revenue. The three-day Wicker Park Fest will bring people from all over the city to Milwaukee Avenue between Damen Avenue and Wood Street.”

The Chicago Symphony Orchestra Association has announced the appointment of three-time Grammy-winning violinist Hilary Hahn as its inaugural Chicago Symphony Orchestra (CSO) artist-in-residence. “Melding expressive musicality and technical expertise with artistic and intellectual curiosity, Hahn is one of the foremost violinists of our time. Her commitment to educational causes, honest and direct social media presence, and prolific commissioning of contemporary works seek to expand both the audience and repertoire for classical music,” the CSO says. Appointed by CSO music director Riccardo Muti, Hahn will begin her two-year tenure on September 1 and continue through June 30, 2023.

Steppenwolf’s production of “The Minutes,” by Tracy Letts, will return to Broadway with previews beginning March 2022 at Studio 54, two years after its originally scheduled opening. More here.

The Auditorium Theatre Auxiliary Board will present their annual Devil’s Ball on August 27, the first public event at the space since it was shut down in March, 2020. (Tickets go on sale Thursday at 10am at AuditoriumTheatre.org.) All proceeds benefit the restoration and preservation of the National Historic Landmark Auditorium Theatre. “This year’s theme, Roaring Back, is a revival of the spirit of the 1920s and signals the return of arts and culture to the theatre following its fifteen-month closure,” the ATAB writes. “The Devil’s Ball is hosted annually by the Auxiliary Board, a dedicated group of young professionals devoted to raising awareness and generating support for the Auditorium Theatre.” Auditorium Theatre CEO Rich Regan said in a release, “We are beyond excited to reopen the Auditorium Theatre with one of Chicago’s favorite parties.” The event is held on the historic Landmark Stage. Event highlights include “Gatsby”-themed cocktails, food, live jazz tunes, a photo booth, silent auction, wine raffle, behind-the-scenes tours, a surprise pop-up performance and dancing.

“A surprise fourth and final Magellanic penguin chick hatched at Shedd Aquarium,” the Shedd advises. “As the animal care team monitors all four chicks, the newest arrival already weighs over 1,000 grams, which is an excellent sign of growth, and the three other chicks weigh in at over 3,000 grams each. The next natural milestones will be weaning from their adult pairs and growing their waterproof feathers that will allow them to learn to swim. These are important steps before the newest arrivals join the full penguin colony in the Polar Play Zone and meet the public.”

Philanthropist Angelique Power [Newcity Design 50] has in the past five years transformed The Field Foundation’s funding structure to build on racial equity and strategic partnerships, reports the Sun-Times, allowing the Field to double its giving and expand programming. (Current giving amounts to around $4.5 million.). “When I started at Field, it was definitely much more dangerous to talk about racism and racial equity, and to try to hack philanthropic systems,” Power, who is stepping down in July, tells the paper, as she heads to Detroit to lead the larger, sixty-one-year-old education-focused, private Skillman Foundation.

A showdown vote by City Council is expected today on whether to rename Outer Lake Shore Drive in honor of Jean Baptiste Point DuSable. “A mayoral ally, who asked to remain anonymous, acknowledged Tuesday that the aldermen sponsoring the ordinance — Sophia King (4th) and David Moore (17th) — have the 26 votes needed to rename the Outer Drive in honor of DuSable, a Black man of Haitian descent who was Chicago’s first non-indigenous settler,” reports the Sun-Times. “The mayoral ally predicted that, barring a last-minute shift, the renaming ordinance would pass, putting Lightfoot in a political box. Or she swallows hard and accepts the name change, even though she fears it will confuse first-responders, be a costly inconvenience for business owners and high-rise residents and make it more difficult to market Chicago.” “Right now, they have the votes to pass it… [It’s tough] to convince those folks to not vote for it. They don’t see what’s the big deal of voting for it… Nobody wants to be seen as a racist,” the mayoral ally fed the paper. John Byrne at the Tribune reports on a potential compromise deal: the compromise “would name Chicago’s iconic lakefront roadway for the city’s Black founder, Jean Baptiste Point DuSable, but keep the beloved ‘Lake Shore Drive’ moniker as well. It’s a mouthful, but Mayor Lori Lightfoot and aldermen were considering Tuesday an idea to dub the street ‘DuSable Lake Shore Drive’ in a bid to avoid another racially tinged City Council floor fight Wednesday.”

The Illinois Audubon Society, the oldest, independent, member-based organization dedicated to conserving habitat for birds and other wildlife in Illinois, received a $30 million bequest from the estate of Gilbert and Mary Hebard, the largest single gift in its history. The Audubon has conserved 5,548 acres and currently owns and manages 3,272 acres throughout Illinois. “The Hebards’ incredibly generous donation will advance our vision of an Illinois where birds, nature, and people all thrive in a sustainable way. Their gift is a vote of confidence in the mission and work of the society. It reinforces the powerful impact that nature has on people’s sense of well-being and desire to preserve that for future generations,” Illinois Audubon Society Board President Deb Carey says in a release.

“Chicago-area UFO aficionados are buzzing in anticipation of a Pentagon report into strange aerial phenomena, but not T.J. Japcon,” reports the Tribune. “He doesn’t need the government to validate what he recorded hovering above Tinley Park almost seventeen years ago. Japcon, who still lives in the southwest suburb, is the foremost chronicler of what has come to be known as the Tinley Park Lights — a trio of color-shifting orbs, seemingly connected, that slid across the horizon before a crowd of witnesses.”