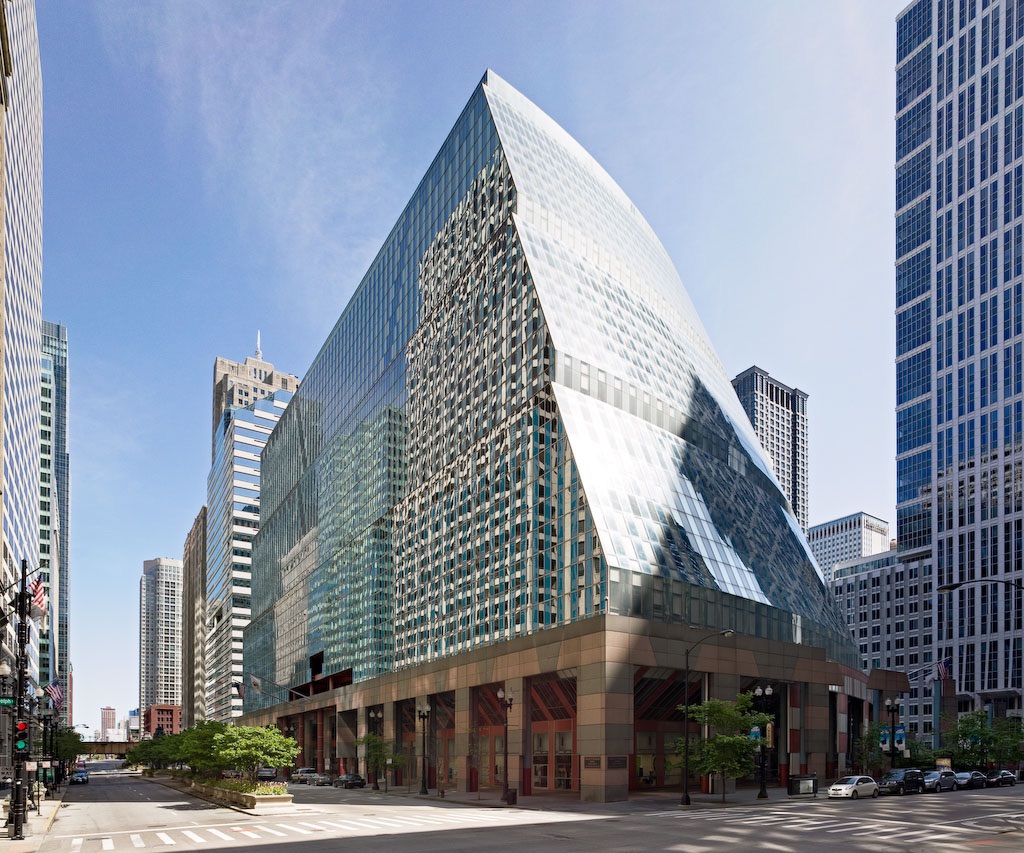 Theaster Gates Says “Clay Made Me”

The Art Newspaper reports on additional shows in London for Theaster Gates alongside his Serpentine Pavilion project in Kensington Gardens in 2022, considered one of London’s most important annual architecture commissions. As part of an initiative called “The Question of Clay,” Gates will show work at the Victoria & Albert Museum and the Whitechapel Gallery as well.

The Chicago Architecture Center and the Chicago Architectural Club have announced the jury for their architectural design competition calling for new, creative visions for the State of Illinois Center/Thompson Center designed by Helmut Jahn, built in 1985 and put up for sale in May 2021. The jurors include international experts in the design of museums and civic spaces, restorative architecture and landscape architecture, historic preservation, civic culture and the work of Helmut Jahn, architect of the Thompson Center. The jury includes Carol Ross Barney, founder and design principal, Ross Barney Architects; Michelle T. Boone, president, The Poetry Foundation;  Philip Castillo, executive vice president, JAHN; Peter D. Cook, design principal, HGA Architects & Engineers; Mikyoung Kim, founding principal, Mikyoung Kim Design; and Bonnie McDonald, president and CEO, Landmarks Illinois.The competition hopes to give the building new life through restorative architecture while preserving its architecture and public character. The competition is open to anyone with a vision for the building including students, architects, designers, planners and artists. Details here.

Literary Scholar And U of C Prof Lauren Berlant Passes

“There is an urgency to make work that makes worlds, that subtends art and politics for communicating the proliferating urgencies and techniques of survival” was one of many citations and screen captures floating around Twitter and Facebook after word got out to fellow writers and scholars and former students about the passing of Lauren Berlant, who was George M. Pullman Distinguished Service Professor at the University of Chicago. Their epigrams like “There is nothing more alienating than having your pleasures disputed by someone with a theory” also proliferated alongside messages of grief and citations from their influential “Cruel Optimism.” Berlant described that book as hooking “into the emerging ordinary of a world no longer capable of sustaining the fantasies of power, safety and flourishing that fuel national sentimentality. Social and aesthetic refusals to reproduce the predictable violence of racist, misogynist, class and heteronormative forms of life are also central to my work’s engagement with the bleed among power, bodies and aesthetics.” Writer Lisa Duggan: “fiercely brilliant widely beloved Lauren Berlant whose writing and activism left a huge mark on intellectual and political life, esp. ‘Cruel Optimism’—a tour de force—Lauren’s expansive thinking and complex feeling were uniquely impressive; their loss is … devastating.” (A 2019 New Yorker profile of Berlant and “affect theory” is here.)