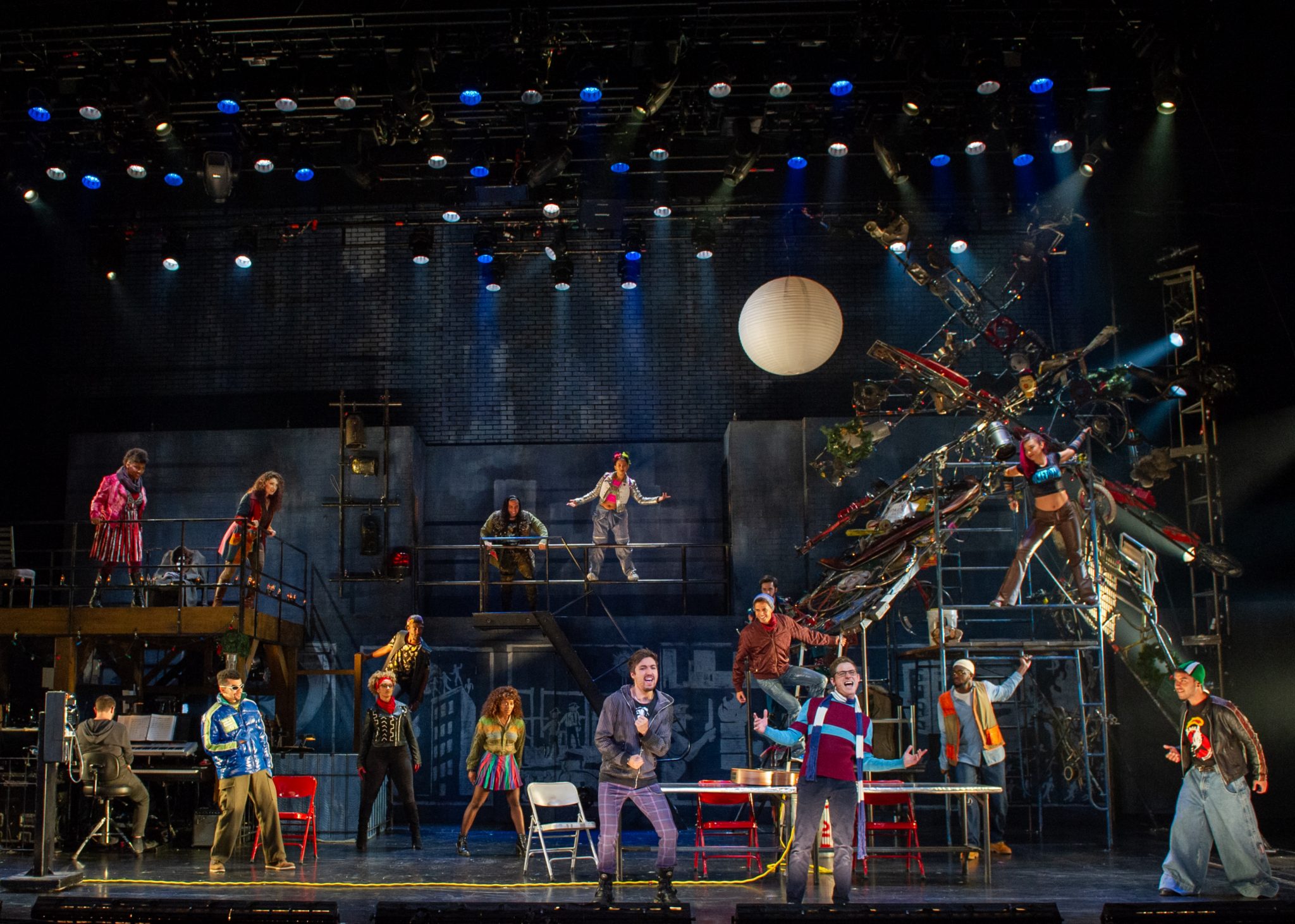 Ida B. Wells Monument To Be Dedicated Today In Bronzeville

Ida B. Wells will be honored with a monument on the former site of the housing development that bore her name, reports Block Club Chicago. “‘Light of Truth,’ a sculpture created by Richard Hunt, will be dedicated in special ceremony… Commissioned by the Ida B. Wells Commemorative Committee, the artwork was installed earlier this month on the site of the Chicago Housing Authority’s Ida B. Wells Homes, which were demolished in 2011. It will be the first monument in the city that honors a Black woman.”

James Cuno is stepping down as The J. Paul Getty Trust’s president and chief executive after a decade, reports The Art Newspaper. “Given that the Getty is the world’s wealthiest art institution, Cuno’s retirement is certain to spawn wide speculation about what successor the trust will choose and what direction the Getty will pursue next.” Prior to Getty, the writer, art historian and curator had served as president of the Art Institute of Chicago, director of the Courtauld Institute of Art and director of the Harvard Art Museums.

“Members of the public should be aware there has been a recent spate of Banksy exhibitions none of which are consensual,” reads a page on Banksy’s website in response to two touring shows of his art around the world. “They‘ve been organised entirely without the artist’s knowledge or involvement. Please treat them accordingly.”

“I really do believe it’s very important not just to have a name out there,” Mayor Lightfoot said at a Monday news conference, reports the Trib. “We’ve got to teach our residents and particularly our young people about the history of Chicago. It’s way past time that people understood the importance of DuSable to this city’s founding.” Lightfoot said she will direct $40 million toward a park named for Jean Baptiste Point DuSable and hold yearly programming in his honor. “Lightfoot’s comments came as a surprise since she criticized the effort to rename Lake Shore Drive on Friday by saying the council has more important things to deal with.”

Girl And The Goat Goes L.A.

“It’s taken more than three years, half of that spanning a global pandemic, but Top Chef’s Stephanie Izard has arrived in Los Angeles with what is sure to be one of the biggest restaurant openings of the year,” exults Eater Los Angeles’ Farley Elliott. “Girl and the Goat is a crown jewel restaurant for Izard and the Boka Group (Rob Katz and Kevin Boehm), the kind of perpetually busy dinner spot that is just as beloved today as it was a decade ago. Now the crew is hoping to recreate that success out west, landing a big, bright corner space in the center of [Los Angeles’] Arts District, just steps from Bavel.” Preview here.

Food Truck Fest is returning to Daley Plaza, the Sun-Times reports. A rotating lineup of half-a-dozen trucks will dish food each Friday from 11am-3pm, July 30 through October 15. The city’s Department of Business Affairs and Consumer Protection is restoring the six-year favorite after a pandemic hiatus. More details and vendor applications here.

“A pathbreaking scholar, Prof. Lauren Berlant defined the fields of affect theory, heteronormativity and queer theory,” recalls The UChicago News. “Their mentorship also shaped the lives of countless students and colleagues. Berlant, a world-renowned scholar who examined what sentimentality means in American culture for gender, sexuality and politics, died of a rare form of cancer. A beloved mentor and esteemed colleague who spent nearly four decades at the University of Chicago, Berlant was 63 years old. Remembered by colleagues for their immense pedagogical curiosity, their perceptive interpretations of American literature, politics and culture and their collaborative prowess, Berlant gave readers the tools for understanding the complicated interactions between self and society… Berlant was a leading theorist whose impact stretched across disciplinary lines. They sought to define the desires and emotions that compel people to create forms of life that support a sense of belonging, and the complex ways in which gender, race, citizenship, class and sexuality affect and mold those attachments. Berlant’s award-winning book, ‘Cruel Optimism’ (2011), analyzed the devices that affect everyday human connections, and how the culturally conditioned material regard for the perfect life compels human beings to act against their own best interests.” Berlant, in a 2008 interview, said, “It’s part of my queer optimism to say that people are affectively and emotionally incoherent. This suggests that we can produce new ways of imagining what it means to be attached and to build lives and worlds from what there already is—a heap of conventionally prioritized but incoherent affective concepts of the world that we carry around. We are just at the beginning of understanding emotion politically.” Artforum: “Berlant was passionately committed to open discourse, often writing ‘What would it mean to have that thought?’ on their arm during teaching sessions. ‘We have to be stupid and exposed in front of each other,’ they told the Los Angeles Review of Books’ Brad Evans in 2018. ‘[We need] to unlearn the habits of maintaining a system just to get through the day, the week, the month, the life.'”

Kristen McQueary, via Twitter: “After nine years on the Chicago Tribune Editorial Board and page editor since March of last year, Friday will be my last day at the paper. I applied for the buyout, but my application was not accepted. I’ll be pursuing other opportunities.”

Rex Huppke On Being The Last Chicago-Based Chicago Tribune Columnist

“I’d love to say I have some grand vision for the future, or that I righteously chose to take a stand against Alden Global Capital, the hedge fund that took over the Chicago Tribune and our sister papers and is known for turning journalists into unemployed journalists,” columnizes Rex Huppke. “But neither of those things is true. I just didn’t want to stop doing what I do, I didn’t have another plan in place and I have a long history of making terrible financial decisions. (You might recall I left a career as a chemical engineer to become a journalist. It’s like I’m allergic to money and job security.)… We still have veteran investigative reporters, political reporters, police reporters, the great columnist Clarence Page in Washington and whip-smart suburban columnists. We have younger reporters who are budding superstars. Our photographers capture this city like no others can, and our editors are sharp and passionate, even though they refuse to let me use creative swear words in my columns.”

Ken Vandermark, Joe McPhee, Okkyung Lee and Moreno Veloso are the artists in Black Cross Solo Sessions, a joint initiative of the record label and artist Christopher Wool. Inspired by the creative response of musicians to the challenging conditions brought on by the pandemic, Black Cross Solo Sessions invited eight players from improvised and experimental music each to make a CD of unaccompanied recordings made under whatever circumstances, reflecting as they see fit on the perilous times. “Sparked in part by Ken Vandermark’s galvanic performance in April 2020, of a new set of compositions for solo reeds during the first of CvsD’s Sequesterfest events (streamed on Experimental Sound Studio’s Quarantine Concerts series), the BCSS kicks off in July 2021 with the release of the first four CDs,” CvsD says in a release. More here.

“In a boon for those who cherish people-watching, cocktails and schmoozing, the Lyric Opera of Chicago said Monday that it has reversed its earlier decision to cut the running time of its fall season of operas and remove formal intermissions,” reports Chris Jones.

Broadway In Chicago’s upcoming productions will include two pre-Broadway attractions, “Paradise Square” and “The Devil Wears Prada”; four direct-from-Broadway productions, Disney’s “Frozen”; “What The Constitution Means To Me”; “Come From Away”; “Moulin Rouge! The Musical” and the national tour launch of “Six,” as well as “Rent – 25th Anniversary Farewell Tour.” Details here.

“Chicago’s public health commissioner Dr. Allison Arwady warns that the Delta variant of the coronavirus will likely become the city’s dominant strain this summer,” reports the Trib, “but Arwady tamped down concerns by saying there is no need for a return to masking for vaccinated people just yet.”