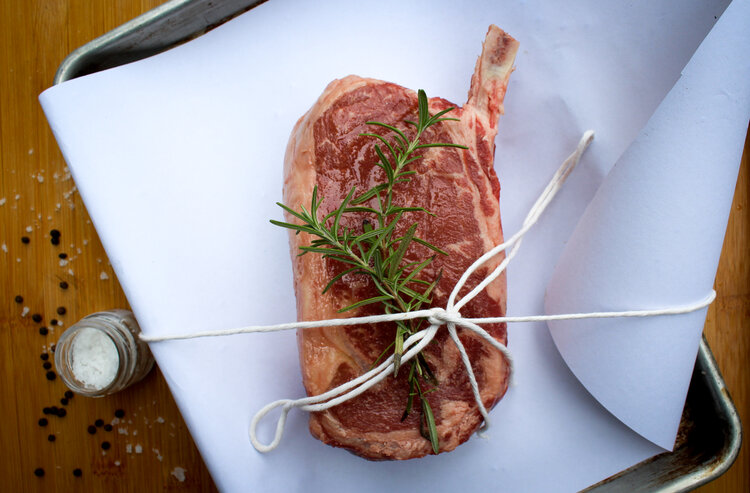 Two UIC professors are assembling the history of population displacement in Uptown, and movements to counter it, reports Block Club Chicago. “The issue of displacement and the efforts to stop it… has been present in Uptown for nearly 200 years. That history — in the words of the people who were displaced — is being recounted through a new University of Illinois Chicago research project. ‘In general, it’s poor communities and communities of color that have faced the brunt of the efforts to develop neighborhoods,’ said UIC Professor Gayatri Reddy. ‘Uptown captures some of these remaining issues.'”

Guild Row and Chef Maurice Jackson are partnering for an ongoing barbecue pop-up event “No Bad Days.” The first weekly event will be on July 17-18. Chef Maurice Jackson, renowned nationally as one of America’s great barbecue pitmasters, builds events around his signature Southern cuisine, Guild Row says in a release. “As part of ‘No Bad Days,’ Chef Maurice is expanding his purview into the realm of social philosophy, intending to exhibit through good food and drink, that even in a world full of structural wrongs, wicked problems, and endless strife, harmony through community is never more than one good meal and conversation away.” More here.

On Saturday, July 10, “guests can be transported to Buenos Aires as El Che Meat & Provisions brings to life their famous San Telmo market for a monthly series of indoor market days,” El Che announces. “The San Telmo market is an iconic destination in the Argentine capitol city that El Che’s Chicago iteration will pay homage to, offering artisanal goods, wines and more for guests to shop, snack, visit and enjoy. The market will feature offerings from local vendors inside and outside the restaurant, weather permitting, alongside small bites, wine and cocktails.”All of El Che Meat & Provisions regular retail offerings will be available, such as premium Creekstone Farms prime dry-aged steaks, bottled wines, cocktail kits to-go, a “Mystery Malbec” box, Lucila’s Alfajores cookies, and other custom swag and merchandise.

Kartemquin Films has announced the projects that will participate in the second year of the Hulu / Kartemquin Accelerator: “Freedom Hill” by director Resita Cox and “Still Searching” by director Latoya Flowers. The Accelerator program offers two alumni of Kartemquin’s Filmmaker Development Programs $20,000 each toward production, and mentorship through 2021 within the award-winning Kartemquin collaborative production model. The Accelerator program builds upon a successful relationship between Hulu and Kartemquin on the Oscar- and Emmy-nominated “Minding the Gap,” directed by Bing Liu [Newcity Film 50] and produced by Diane Quon [Newcity Film 50]. This relationship continued in the accelerator’s first year in 2020 supporting directors Colette Ghunim [Newcity Film 50] and Reveca Torres. Ghunim and Torres originally developed their projects through Kartemquin’s Diverse Voices in Docs program, while this year’s selected participants, Cox and Flowers, are alumni of Kartemquin’s Internship program. “Kartemquin is thrilled to continue the partnership with Hulu to support two more filmmakers this year, who are telling deeply personal stories that resonate on a much larger scale, the impact of climate change and gender-based violence.” K. Sujata, interim executive director of Kartemquin said in a release.

Mid Atlantic Arts has announced over $528,000 in grant support to forty-nine ensembles and solo performers who will represent the United States at fifty-seven different festivals around the globe through the second round of USArtists International’s (USAI) 2021 program year. USAI grantees include twenty-five music, fourteen dance, and ten theater companies and solo performers from fifteen U.S. states. Honorees include Illinois’ Nejla Yatkin, attending the International Festival of Contemporary Dance in the Dominican Republic; and from Minnesota, BRKFST Dance Company, attending Dance2Connect Festival, Ireland, and Ragamala Dance Company, attending Just Festival in the UK.

Jazzin’ At The Shedd Returns

Renaissance Faire Is Back

The Renaissance Faire, held on thirty acres in Bristol, Wisconsin, just over the Illinois border, opens July 10 and runs every Saturday and Sunday plus Labor Day through September 6, reports the Lake County News-Sun. “Admission includes entertainment on 16 stages, jousts, parades and performers making music and merriment and dancing in the streets. ‘The outpouring has been phenomenal thus far with comments and excitement,’ said Julie McMillin, director of social media for the Faire. ‘People are jazzed.'”