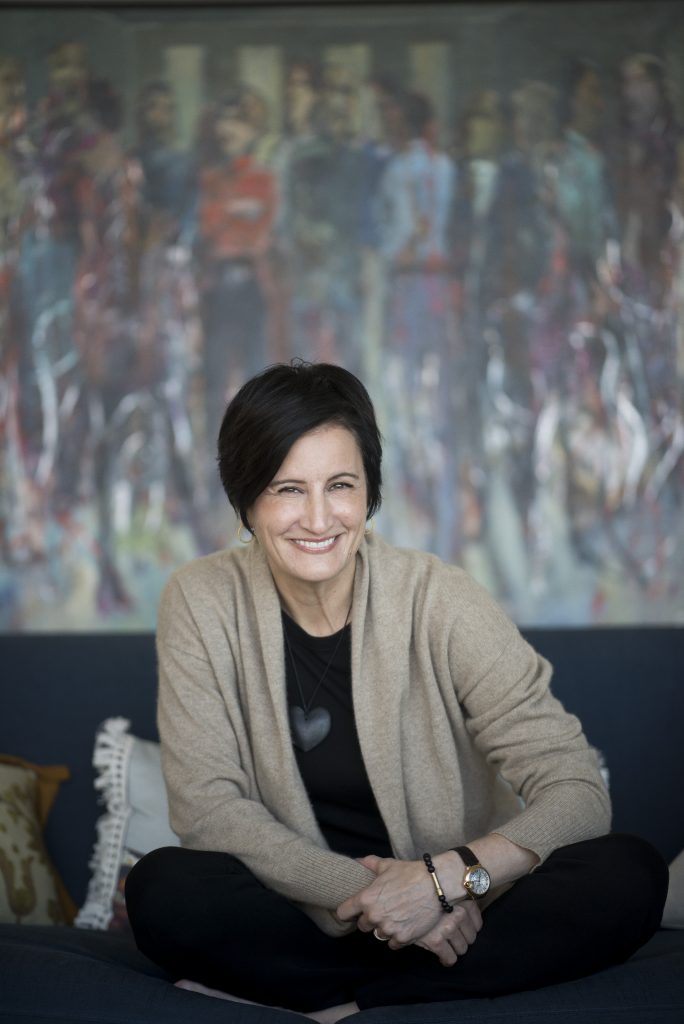 Jennifer O’Brien has some unique insights into death and how to best handle the passing of loved ones. She lost her mother and brother when she was young, and eventually spent twenty-two months by the side of her beloved husband, Dr. Bob Lehmberg, as he battled cancer.

Now she’s helping others face the hardships of death and caregiving with a book called “The Hospice Doctor’s Widow,” which compiles the highlights of her extensive journals from the period she cared for her husband and offers them to readers in a highly artistic way. Filled with drawings, collages and stylishly crafted text, “Widow” is an eighty-page, premium-color salve to the emotionally wounded that reminds us all that death is universal.

The former longtime Chicago resident now lives in Little Rock, where she discussed the book and the remarkable experiences she had with her husband in his final years. Her own long-standing career in medical-practice management has given her plenty of insight into how we can improve the way the medical profession deals with these issues. Considering that an estimated fifty-three million Americans are providing long-term uncompensated care for loved ones, this is a hot-button topic worth exploring. 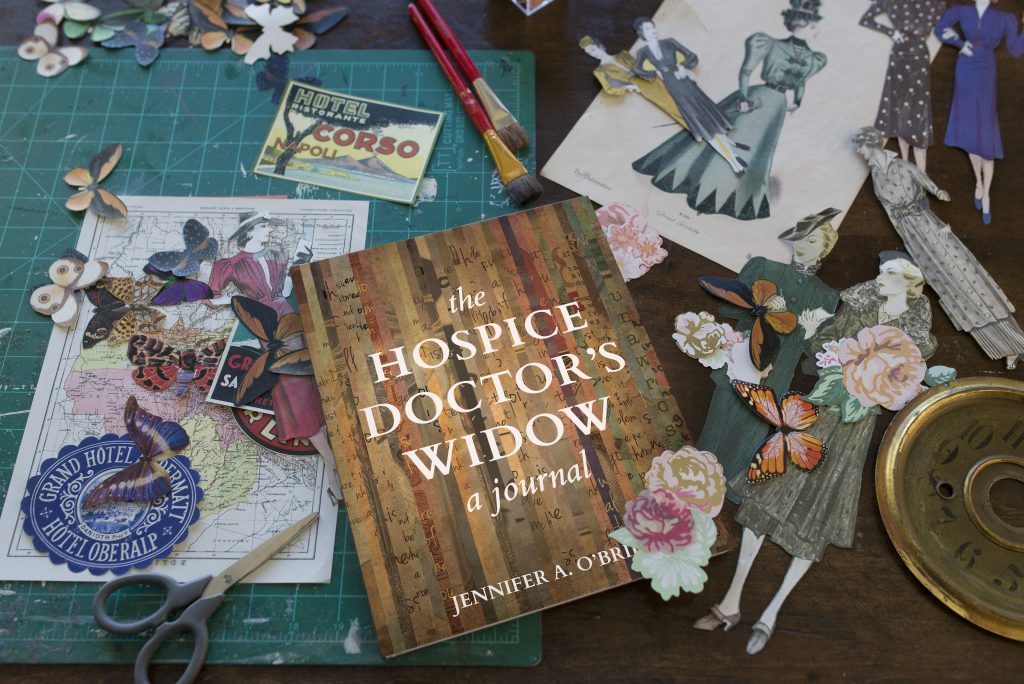 The book is built off of your very personal, intimate journals. How were you convinced to share them so publicly?

I kept a journal while Bob was sick and kept it up a year-and-a-half after he died. I had a conversation with a neurologist who was treating three patients with ALS (Lou Gehrig’s Disease), a terrible disease.

I brought the journal to him and said, “You might want to take a look at this.” He took it home, and the next day said “Jennifer, you’re not getting it back. I’m going to loan it to these patients and their spouses, because it’s got some really helpful stuff in it and you need to figure out a way to get it published because it closes the gap between what a physician can provide and what the family needs.” When he was clear about how helpful it would be to these people and others in this situation, I decided I had to do it.

Your husband specialized in hospice and palliative care. Were you influenced by the insights and philosophy he developed through his years in that field?

The uniqueness of our situation is that Bob had helped families and patients who had a life-limiting disease like cancer, and I had lost members of my family. So his experience was professional, mine was personal. And that’s why I started keeping the arts journal, just doing it as self-care. I was working through my thoughts and feelings like many people do, but mine just happened to be through an arts journal. But it’s still pretty devastating when you get that news. No one wants that, even when you have experience with it.

We worked really hard together as Bob faced down cancer, as I took detailed notes while he made his own determinations on which chemotherapies to explore. I also include a list in the book of all the things we did administratively, and a couple we failed to do because I didn’t know better. We came to realize the mistakes, so why not share them? 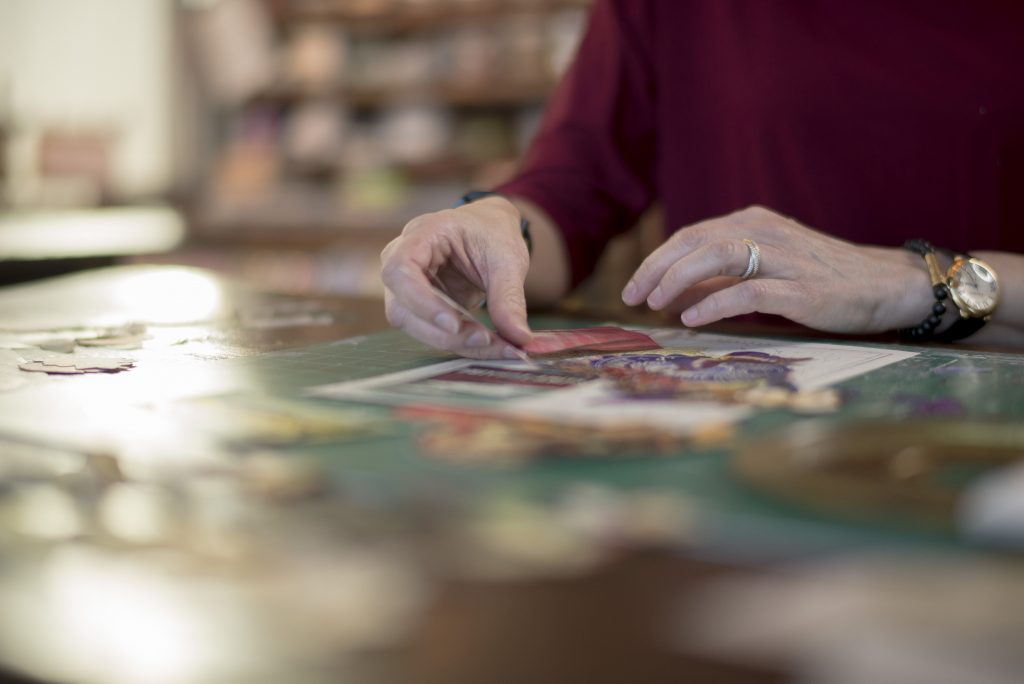 What are some specific things you learned from his approach?

There were two things that I recall most from his dealings with hospice care. One is that he said that people in hospice were entering what he called “precious time.” He would tell patients and their families that means it’s time to say what you need to say, and not say what you’re going to regret later. It was a great, subtle and simple language to say this person is dying and you’re going to go on after they die. And so think about what that’s going to feel like. I certainly feel like we’re trying to avoid regret. You can’t keep putting it off thinking you can say these things later because there may not be a chance—you have to face these things realistically.

Bob used to say, “I’ve seen death thousands of times. It’s peaceful. The patient is going to be fine. It’s the family I’m worried about, their regrets after the loss of their loved one.”

The other thing that stays with me is that Bob talked with his patients about his own parents. His father wanted, as soon as his faculties were shown to be leaving him, to be treated with comfort care but allowed to die. His mother was on the other end of the spectrum, wanting any means necessary to stay alive. Bob let his patients know that he honored both his parents’ wishes and that their wishes will be respected too. There was no wrong answer for what a patient wanted, but Bob wanted the whole family to get on the same page as the patient.

What are some things that are surprising to people when they really consider the issue of caregiving? You quote a study that says fifty-three million people average thirty-seven hours of caregiving for a loved one each week. That’s a huge number.

I think that’s totally surprising to people. Sometimes family members don’t even identify as caregivers. They say “Oh, I take my dad to the doctor,” or, “I just stay over at my mom’s house three nights a week.” They know they’re living in a hard situation, but they don’t bring it up in conversation. That figure was in response to a survey question. But the caregiver is really the hero of our times, especially in the pandemic. And yet they don’t get recognized and much of society is on their backs. 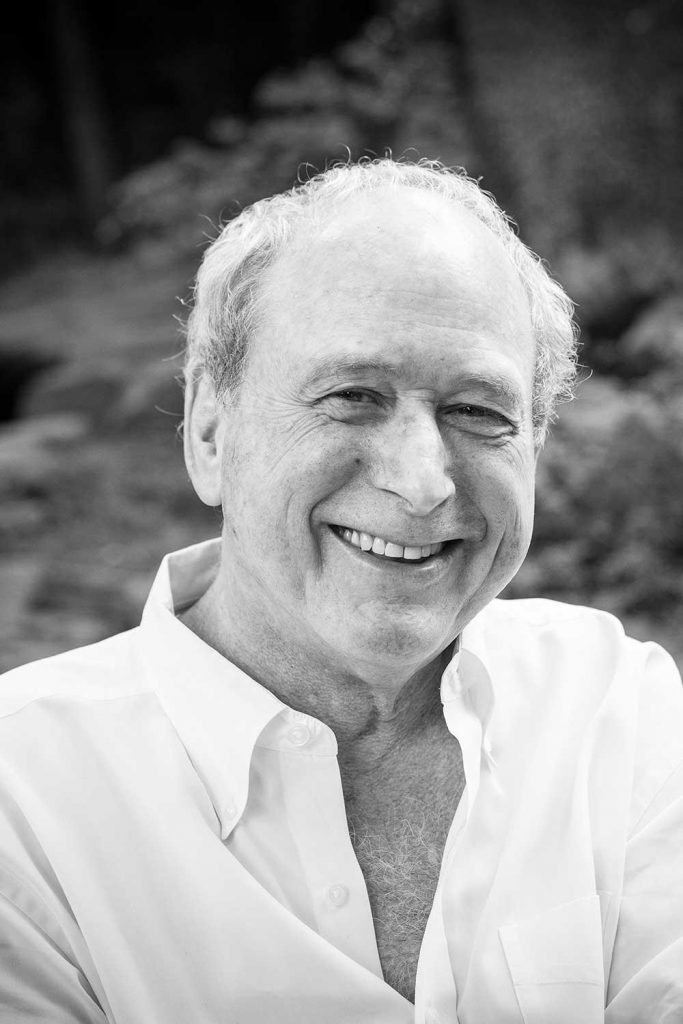 You mentioned sharing some of the mistakes you and Bob made in the book. Can you give a couple of examples?

There were two main oversights. One was that I didn’t have all the passwords, while I thought I knew them. I thought I’d always be able to figure them out. Then when I couldn’t, and on top of that a loved one dies or something else happens that has major emotion, and your brain just doesn’t work. So it was a mistake not to have a password repository.

And the second one was that we didn’t put the utilities in my name. We put all the property in my name and did all kinds of preparation, but overlooked that and it was very painful to have to call the utility companies and tell them my husband had died, and be on hold a long time while they tried to adjust things. And in some cases, Bob’s name would still appear on the phone when I’d call people. And we overlooked putting the credit cards in my name, or me having my own with my name on them, and I had to deal with them being canceled after he died. Systems need to be put in place to handle things better.

You’ve endured plenty of waiting rooms over the years. You believe that there needs to be a major overhaul in how doctors’ offices are run, especially in that regard.

I realize now how special that time is going to appointments with the loved one you’re caring for, because I went to all of Bob’s appointments with him and that has a certain intimacy to it. I learned things like there is just absolutely nothing caring or soothing about a large television in a waiting room. It’s absurd. There’s nothing worse than loud noises in the waiting room, whether it’s someone else’s phone or TV, but they all think they need a TV.

It’s especially bad now that everyone has their own devices and most are looking down at them. It’s especially bad when you have “scanxiety,” which I call anxiety from cancer scans. The next scan tells you whether cancer is progressing, slowing in growth or staying the same. An obnoxious blaring television is not what you need at that time. There’s no care there, and magazines are just germ vehicles. All we need is some beautiful art, we’ll bring our devices with us to watch things on our own, and please just see us on time.

You also have strong opinions about the issue of doctor access and how long it takes people to see their physicians amid life-and-death struggles. You note that Bob had a quicker wait than those outside the medical community normally have, because of professional courtesy from his specialists and the fact that he had helped countless people as quickly as possible throughout his career.

Even as short as our wait was for the specialist meeting about Bob’s metastatic cancer diagnosis, those hours that day were too long. It’s excruciating because you don’t even know what the next steps are. Sometimes people have to wait a couple weeks and the access issue has got to be dealt with. 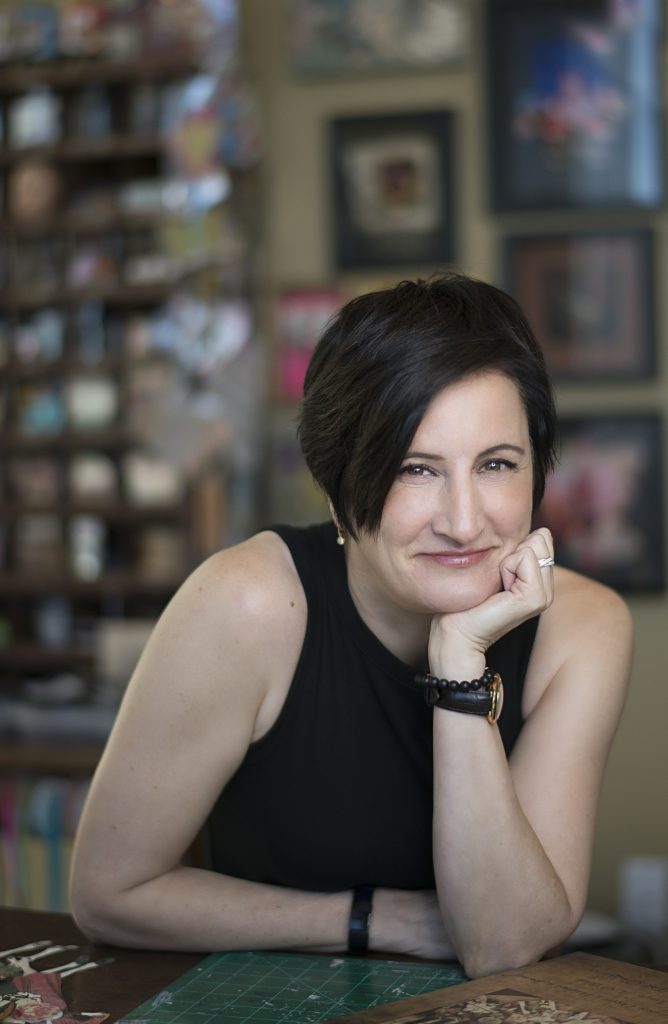 “Widow” is making an impact on people, as you’ve seen through personal comments from its readers and also through the fact that the book has won three awards including the Nautilus Book Award’s Silver award in the Death & Dying/Grief & Loss category, beating more than 550 entries from across the United States.

I’m thrilled that a book about family caregiving and preparing for end of life has been recognized in this way. We all need to do a better job of that. Most people won’t even talk about end of life, yet it’s the one thing that happens to every one of us. It’s costly both literally and emotionally and all of that can be mitigated quite a bit by just having open conversations about it and saying it’s not if, but when.

It’s a lovely book to just hold and that’s one of the things that helps people when they’re going through things like that—being able to hold onto something literally is so important. The pages have art on them, then my very personal notes and observations. Some have some pretty practical stuff on them, but it was never meant to be a book. It’s a picture book about a very serious situation, which is a difficult combination. When you’re going through this you don’t have the capacity to read a heavy-duty chapter book on the topic.