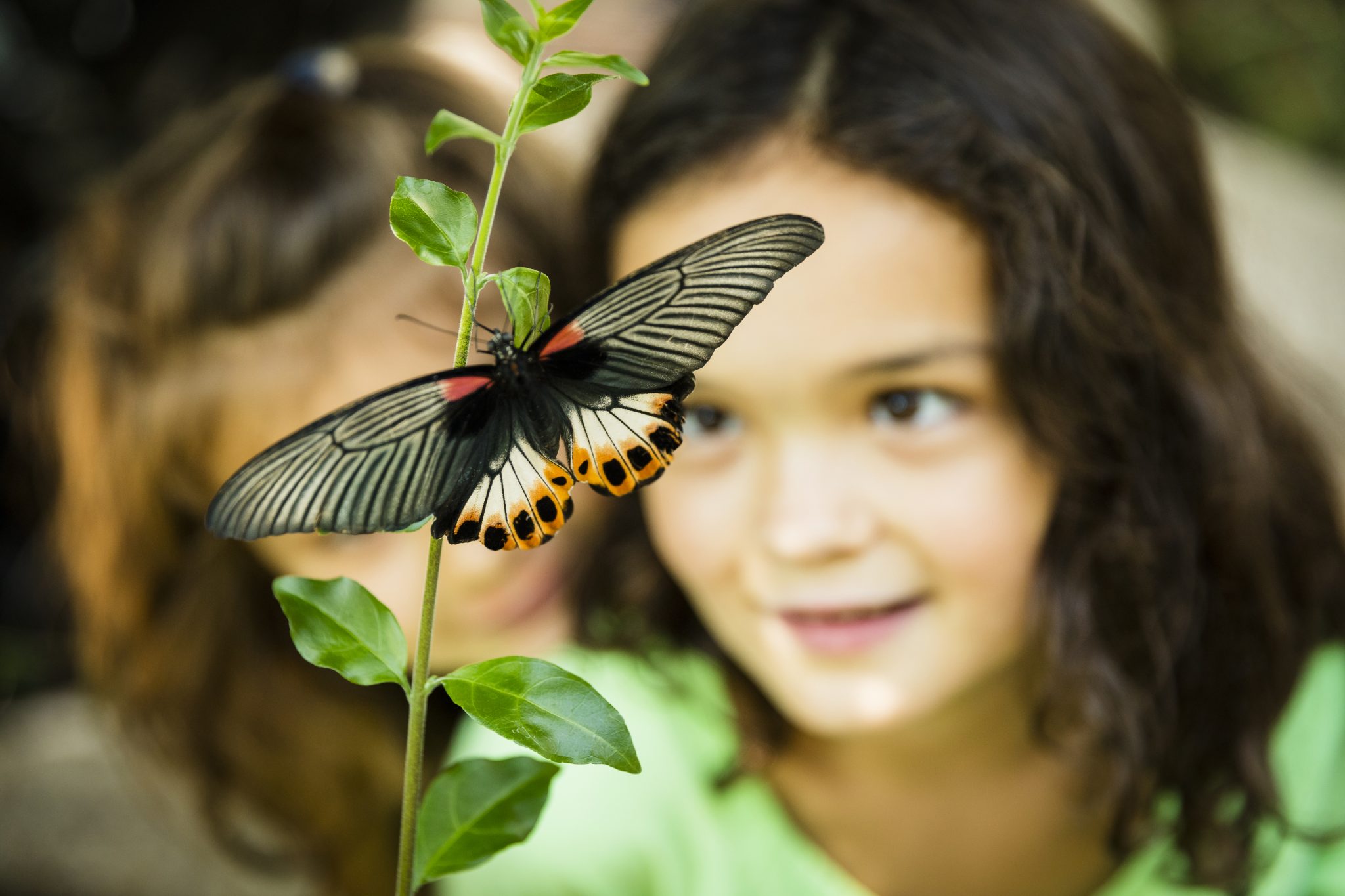 Chicago in climate crisis is the subject of an expansive interactive report at the New York Times: “The same waters that gave life to the city threaten it today, because Chicago is built on a shaky prospect — the idea that the swamp that was drained will stay tamed and that Lake Michigan’s shoreline will remain in essentially the same place it’s been for the past 300 years… Climate change has started pushing Lake Michigan’s water levels toward uncharted territory as patterns of rain, snowfall and evaporation are transformed by the warming world. The lake’s high-water cycles are threatening to get higher; the lows lower… ‘There are buildings just teetering on the edge of the lake. A few years ago, they had a beach. Now the water is lapping at their foundations,’ Josh Ellis, a former vice president of Chicago’s eighty-seven-year-old, nonprofit Metropolitan Planning Council, said this year. ‘This is an existential problem for those neighborhoods and, ultimately, for the city.'”

The new Chicago Architecture Center exhibit “Helmut Jahn: Life + Architecture” opens July 23 in the CAC’s Skyscraper Gallery. The career retrospective, organized after the architect’s death in May, celebrates Helmut Jahn’s design legacy. The exhibit includes scale models of Jahn’s most notable designs, including the James R. Thompson Center, an example of innovative post-modern design, “currently to be sold by the State of Illinois without protection for its historic design,” the CAC says in a release. More here.

“Tock, recently acquired by Squarespace, is countering the downsizing trend with a significant expansion from the roughly 20,000 square feet it leases today,” reports Crain’s. “Restaurant reservation platform Tock [is] set to open new offices in the former meatpacking district as businesses regain confidence in their post-pandemic workspace needs.”

A 120-unit mixed-use development near historic Wrigley Field is scheduled for occupation this fall. Draper and Kramer announced pre-leasing for Wrigleyville Lofts, the developer’s new project at 949 West Dakin. Located across the street from the Sheridan Red Line station and two-and-a half-blocks north of Wrigley Field, the project is under construction. Designed by Sullivan, Goulette & Wilson Architects, the seven-story building will offer 108 one-bedroom-one bath and twelve two-bedroom- two-bath units ranging in size from 620 to 1,040 square feet. Rents start at $1,700. “Leasing activity across our Chicago portfolio has been incredibly strong throughout spring and early summer as the city reopened, and we expect that trajectory to continue,” says Blas Puzon, chief investment officer for Draper and Kramer in a release. “Many people are again considering urban apartment living as they reevaluate their housing needs, so we’re excited to introduce Wrigleyville Lofts as the newest option in one of Chicago’s most popular and vibrant neighborhoods.”

Is a Surfside catastrophe possible with Chicago condos? Crain’s reports on a fifty-seven-story high-rise near Water Tower Place. “Repairs that an engineering firm called urgent in 2018 have not been done at a Chestnut Street high-rise condo building.”

Sniffing Out The Secret Burger

Nick Kindelsperger on the one-man operation Chicago Secret Burger, the comestible available on Saturdays and by raffle only, “a burger that seemingly everyone wants, yet few have tried… The raffle takes place on the burger’s Instagram account, which features tantalizing shots of stacks upon stacks of burgers. It has amassed 10,500 followers… so getting a taste of the coveted dish is a long shot — but plenty seem content trying their luck week after week… It’s easy to assume this is some well-marketed ploy from a huge restaurant group, but no. It’s mostly a one-man operation from someone who not only shies away from fame and glory, but would only share his first name.” “Hector” tells Kindelsperger, “There are so many good burgers in Chicago, especially smash burgers, with places like Red Hot Ranch and The Loyalist. But I was also inspired by George Motz [“Hamburger America”]. I suppose this burger is sort of like an In-N-Out burger mixed with an Oklahoma fried-onion burger.”

In a deal with Russia’s Yandex, Grubhub will introduced “autonomous food delivery robots” on college campuses. “The multi-year partnership is intended to combine Yandex’s autonomous rovers with the Chicago-based startup’s platform to remove what Grubhub’s VP of corporate and campus partners Brian Madigan calls a ‘major hurdle’ that many college campuses face: cheap and accessible food,” reports Built In Chicago. “We’re excited to offer these cost-effective, scalable and quick food ordering and delivery capabilities to colleges and universities across the country that are looking to adapt to students’ unique dining needs,” Madigan said in a statement. “Together with Yandex, we’re changing the way college students experience food delivery.”

Chef Doug Psaltis of Andros Taverna is leaning further into his heritage and immersing guests deep into the culture, cuisine and ways of gathering in Greece. “Andros embodies this love of lazy afternoons and prolonged evenings over shared appreciation of food and beverages—from coffee and freddos in the morning, to the introduction of tsipouro service, to the most unique Greek wine list in the country,” the taverna says in a release. “Kristin Francesco, beverage director, has created a singular expression wine list, offering the most thoughtfully curated selection of Greek wines in the country. Featuring bottles highlighting the best of Greece, as well as select bottles from the Mediterranean, the wines derive inspiration from timeless culture and ancient lands, from islands like Crete and Santorini to Macedonia and the Peloponnesian peninsula. In addition to wine, Andros has chosen to highlight another grape-based spirit that’s only produced in Greece: Tsipouro.” Of tsipouro, Psaltis says, “This is how people gather around a table in Greece. Very laid back with good friends sipping tsipouro and eating mezze.”

“One of the newest carryout restaurants in Logan Square doesn’t look like a restaurant at all — because it’s not,” reports Block Club Chicago. “Every Saturday, longtime friends Sebastian Rivera, Teddy Braziunas and Gilberto Bahena serve home-cooked waffle sandwiches and vegetarian tacos out of their home under the moniker Milo’s Market… The three twenty-five-year-olds launched the pop-up restaurant [after] the controversy surrounding Nini’s Deli in West Town. The owner of Nini’s Deli came under fire in June 2020 for his repeated homophobic and anti-Black Lives Matter remarks. At the time, Bahena was the head chef at Nini’s Deli… Nearly all of the proceeds have gone to… local organizations fighting for social justice.”

Pierogi Fest stuffs its release: “For more than twenty five years, Pierogi Fest (July 23-25 this year), has delighted attendees with all kinds of off-the-wall humor, great food, entertainment and an atmosphere that no one else can duplicate! This nutty, off-the-wall festival drawing more than 300,000 visitors will serve up massive amounts of food, with dozens upon dozens of food booths, making it one of the largest food festivals in the Midwest! The festival offers pierogis that have been deep-fried, boiled, fried and baked, stuffed with everything from cheese to meat, to even alligator. Food vendors come from Pennsylvania, Ohio, Michigan, Minnesota, Tennessee and Florida, as well as Indiana, Illinois and the Chicago-Northwest Indiana area. The annual parade is even more bizarre, featuring entries like the Dance of the Plum-Butter Fairies, the World Famous (Anything but) Precision Lawn Mowing Team, and the Babushka Brigade. The festival operates five performance stages, showcasing classic rock, contemporary, folk and plenty of polkas. The festival also features ethnic dancers and quirky contests like the pierogi-eating contest, and the annual Pierogi Toss Contest, both of which will be held on Sunday, July 25.” More details and exclamation points here.

Pianist and composer Herbie Hancock and his band open the 2021-22 Symphony Center Presents (SCP) Jazz series—the first SCP Jazz concert in nineteen months—on Thursday, September 2. This concert celebrates the seventieth anniversary of Hancock’s Orchestra Hall debut with the Chicago Symphony Orchestra and is his first concert in nearly two years, opening a national tour from his hometown. Tickets are on sale to subscribers now and to the general public on Tuesday, July 13 at 10am here.

Annoyance Back In Your Face

“After sixteen dark months, live theater is returning to The Annoyance, [which is planning a triumphant return by bringing in a mix of the old hits and cutting-edge new shows to our stages, as well as re-launching our in-person improv training program,” the group announces. More here.

Chicago Latinx theater company, the Equity-affiliated Teatro Vista, has named Lorena Diaz and Wendy Mateo as the company’s co-artistic directors. Diaz and Mateo are widely known in Chicago for their individual credits on stage and behind the scenes, as well as comprising the popular comedy duo “Lolo and Wendy,” aka “Dominzuelan.” “We are deeply energized by Teatro Vista and its ensemble, with its tapestry of talent, innovation and unique perspectives,” Mateo says in a release. “There is a depth to the American Latinx experience that has fueled our twenty years of storytelling and collaboration together. With this particular ensemble, we’ll be able to deepen that storytelling and bring in a kind of nuance and complexity to our stories that our audiences will be inspired by.”

Shattered Globe Theatre has announced The Global Playwright Series, a new play development program aimed at BIPOC, LGBTQIA+, neurodiverse and disabled writers and those who fall within intersections of these identities. “The program aims to connect SGT with new playwrights who want to collaborate, lead the development of their play and have it fully produced by Shattered Globe,” the group says in a release. Submissions are being accepted through August 15. Submission guidelines and instructions are here. Two playwrights will be selected this fall and will each receive initial compensation of $500. From there, SGT will discuss how each playwright wants to lead the process of development and how Shattered Globe can provide resources toward that goal.

Carrie Hanson, Ayako Kato and Nejla Yatkin are the recipients of Trillium Arts’ second annual ACE (Asheville-Chicago Exchange) Fellowship in Dance. The fellowship provides established Chicago-area choreographers and their dancers with resources and benefits including air transportation between Chicago and Asheville, a rental car, private lodging, rehearsal space, and an honorarium-per diem. If they so choose, ACE Fellows may opt to engage and interact with Trillium’s Western North Carolina Artist Roster for onsite experimentation and collaboration with a growing group of regional and local artists. Each ACE Fellowship is seven to ten days, providing space and time to rejuvenate and deepen creative endeavors in the Blue Ridge mountains. “The 2021 ACE Fellows were selected based on their artistic merit and the quality of the exciting projects they will further while here at Trillium,” Phil Reynolds, Trillium Arts president says in a release. “Their projects deeply connect with Trillium’s core values and belief that the arts can foster positive change in addressing complex problems such as climate change and social justice.”

Sundays On State Kicks Off This Weekend

Starting this Sunday, “Chicago’s most iconic street, State Street, will close to traffic from Lake to Madison on select Sundays this summer and transform into an open street full of surprises,” reminds the Chicago Loop Alliance. “Come together with neighbors from every Chicago community and beyond for this free, interactive block party, while safely enjoying art, culture, active recreation, shopping, food, drinks, and local attractions. Experience everyone’s neighborhood, the Loop, like never before!” More information, including prizes, here.

The Chicago Academy of Sciences / Peggy Notebaert Nature Museum has reopened after hosting a ceremonial “First Flight Butterfly Release” to celebrate the museum’s reopening. Guests are invited to visit and experience the tropical paradise of the Judy Istock Butterfly Haven, the Museum’s signature 2,700-square-foot greenhouse, home to more than a thousand free-flying butterflies. Visitors can learn about the life cycle from caterpillar to chrysalis to butterfly, then watch as newly-emerged butterflies and moths take flight for the very first time through daily First Flight Butterfly Releases. Details here.