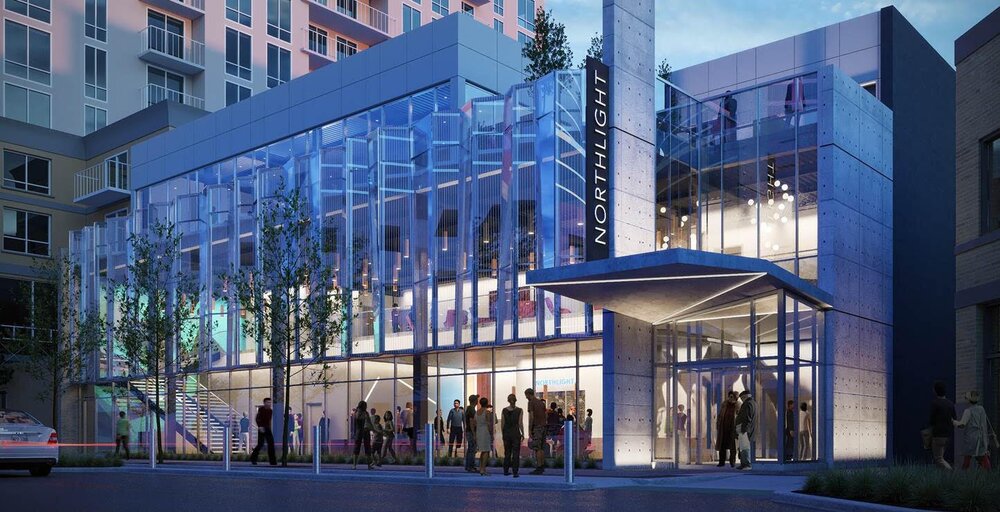 Cari B. Sacks New Chair of Board of Trustees At MCA

The Museum of Contemporary Art Chicago has elected Cari B. Sacks as the new Chair of the Board of Trustees of the MCA. Sacks succeeds former Board Chair Michael O’Grady. Pritzker director of the MCA Madeleine Grynsztejn says that Sacks’ “longstanding support of the MCA demonstrates her passion and commitment to our staff, our vision, and our values. She brings a wide range of experience, capability, and leadership to the MCA and we look forward to the ways her wisdom and dedication to contemporary art and education will contribute to the MCA’s vision for the future.” Sacks is an active philanthropist involved in supporting civic and cultural organizations. At the MCA, she has served on the Board of Trustees since 2004 and is Vice Chair of the Executive Committee. Her work as co-chair of the MCA’s 2019 Benefit Art Auction helped raise a record-breaking $6 million for the museum and she has supported the museum’s work with the Chicago Public Schools through her own philanthropy. She has served as an appointee to both the City of Chicago’s Cultural Advisory Council and to President Obama’s Advisory Committee on the Arts. She is a supporter of the United States Holocaust Memorial Museum where she has been a trustee since 2000. Cari also serves on the Board of Directors of the Steppenwolf Theater Company as well as Personal PAC, a nonpartisan political action committee based in Illinois.

“A mega-show of MacArthur fellow artists — Kara Walker, Kerry James Marshall, David Hammons and Nicole Eisenman among them — has community on its mind,” reports Ted Loos in an extended New York Times piece. “Twenty-nine visual artist MacArthur fellows [are] contributing to a biennial-style exhibition all over this city that celebrates the fortieth anniversary of the fellowship, begun in 1981 by the Chicago-based John D. and Catherine T. MacArthur Foundation.”

“Despite numerous good faith attempts, we have not been able to come to terms on a lease that would allow the team behind The Art of Banksy (TAOB) to host their exhibit at our West Loop venue, Epiphany Center for the Arts,” Epiphany relays in a release. “After weeks of planning and negotiations that included design and construction details specific to Epiphany’s historic spaces, including the flow of TAOB patrons throughout the exhibition and Epiphany’s common areas, we have reached a dead end. The team behind TAOB has ceased communicating with Epiphany and, after nearly a month of negotiations and preparations, all efforts to move forward with a rental agreement have gone unanswered… The team behind The Art of Banksy is nowhere to be found. This curious and unexpected predicament has left Epiphany no choice but to conclude that TAOB will not take place at Epiphany.” A summary of the strange doings is here.

One Chicago, at the corner of State and Chicago, is the city’s latest completed skyscraper, reports the Chicago Architecture blog.

Bridge Journal 21, “Chicago’s independent, interdisciplinary, print-only journal of art and public scholarship” is out. “Designed by Bob Faust and Faust, Ltd. … this volume, focusing on the background and specifics of our Assembly Zones program, section editors Michelle Kranicke, David Sundry and Michael Workman worked with a range of artists and institutions including MoMA, Gladstone Gallery, The MIT Press and Rem Koolhaas’ Office for Metropolitan Architecture (OMA) to produce our most in-depth research yet,” the magazine writes. “Themes throughout the volume illuminate a picture of artist’s responses to language under authoritarianism as curated for an essay and exhibition-in-print by Ionit Behar, Assistant Curator at the DePaul Art Museum, with artworks from Nick Cave & Bob Faust, LaToya Ruby Frazier, Stephanie Syjuco, Tania Bruguera, Dianna Frid, Bethany Collins, and Huong Ngo.”

Eater Chicago gives a tour of Chef José’s twenty-eight-year-old restaurant concept, opening in Chicago today. “Jaleo’s menu has evolved as Andrés has opened five locations in places like Las Vegas and at Walt Disney World in Orlando. The Chicago location will feature quirks unique to this outpost including table-side paella (in four varieties) and a full tapas bar. The menu also features special Chicago-only items: the Arroz rabo de toro features creamy Meloso-style rice and braised oxtail… Andrés remains in his native Spain and plans on visiting Chicago later this summer when Jaleo unveils its mysterious basement bar. Andrés’ camp hasn’t revealed details about the bar except the name: Pigtail. Beyond the basement tavern, upstairs should be a popular after-work destination with Spanish-style gin and tonics, sangria pitchers, and sherries. ThinkFoodGroup veteran Justin DePhillips is the head chef and overseeing operations. Last year, he opened Jaleo Disney Springs. Jaleo is big business as a sixth location is to open next year in Dubai.”

The Too Good To Go app has launched, reports the Sun-Times. “The app, which already has over one million U.S. users, helps people find that leftover food that restaurants, bakeries, and grocery stores want to sell off at the end of each day… Consumers can buy a mystery bag from restaurants near them and pick it up at the end of the day. It costs $4 to $6, but always be less than the value of the food in the bag. ‘The food you get on Too Good To Go is food that would have been sold full price just ten minutes earlier,” co-founder Lucie Basch told the paper. Too Good To Go claims one hundred locations, but reporting did not specify if that number is in Chicago alone. “In five years, we launched in fifteen countries in Europe and saved 18 million meals from the trash. Now we want to make the U.S. even bigger than Europe in rapid time.”

Downtown hotels are a worry during Lollapalooza for law enforcement, reports the Tribune: “Stopping the next real threat remains a major worry, experts said, as hotels are not equipped to thwart attempts to bring weapons in and law enforcement can’t have eyes everywhere at once… Security in the nation’s hospitality industry has been at the forefront ever since a gunman opened fire on concertgoers from his hotel room at the Mandalay Bay resort in Las Vegas nearly four years ago, killing nearly 60 people and wounding more than 850.”

At the Reader, Leor Galil considers the influence of late rap booster Mic Shane. “After Shane passed away, [Julia] Johnson fielded distraught calls from coast to coast and consoled friends from the scene. Even though most of Shane’s day jobs weren’t connected to music, he spent all the time and energy he could thinking of ways to help hip-hop grow. He committed himself to legitimizing Chicago’s hip-hop scene at a crucial point in its growth, and nearly everyone I’ve asked about him has described his importance the way Johnson does. ‘He was a hip-hop legend,’ she says. ‘You can’t talk about hip-hop, music, sports, or anything in media without mentioning Mic Shane.'”

Northlight Theatre is going downtown: the company reports “a significant milestone” in its purchase of the property at 1012-16 Church Street in downtown Evanston. “This is a breakthrough moment in the forty-five-year history of Northlight,” executive director Timothy J. Evans says in a release. “We have long sought a home of our own and the acquisition of the Church Street property allows Northlight to pursue its bold vision of building a world-class theatre complex in downtown Evanston, the vibrant and diverse community where we began.” The 21,400-square-foot property will comprise a three-story 38,000-square-foot state-of-the-art theater and community complex, incorporating a 300-seat mainstage theater, rehearsal hall, community lobby, a glass-cubed rooftop sky room and roof deck for use as a daytime education center and nighttime event space, several lobby lounges and concession areas, theater support spaces, on-site box office, and offices for staff. Evanston Mayor Daniel Biss: “Northlight in downtown Evanston will be the destination driver we need. It will attract people to our community who are not only from Evanston but also from Chicago and the North Shore; people who will spend money in our local restaurants and shops before and after attending a performance. Northlight will also serve as a cultural hub and be accessible to the entire community including our youth who will be able to experience professional theatre and participate in enriching theatre arts education.” The complex is targeted to open by the fall of 2024. “The Barn, a prestigious restaurant run by award-winning restaurateur Amy Morton, will remain on the property and function as a quality dining option for Northlight patrons.” With the purchase of the Church Street property, Northlight begins the next steps of its relocation initiative. The total budget is still in development, but is estimated to run $20-$25 million, financed through a combination of private philanthropy and other sources. The building’s design team includes architect Craig Smith of Eckenhoff Saunders, theatre planner Todd Hensley of Schuler Shook, and acoustic designer Joseph Myers of Kirkegaard Associates. More here.

Uptown Update has figures and pictures on the purchase by Jackie Taylor’s Black Ensemble Theater and its associated corporation of 4410 North Clark from MCZ Development for an unreported sum. (BET recently received a $5 million MacKenzie Scott grant.) “From legal filings, it appears the Black Ensemble Theater Corporation will make the first floor a live-work space, with twenty-four market-rate residential units above. Generating roughly $40,000 per month of rental income once complete, this building will provide the organization with a great income stream to fund theater operations going forward, and is the type of investment move that Taylor has been promising.”

Mark Kelly, Chicago’s commissioner of cultural affairs and special events, will retire at end of summer, reports Chris Jones. “Kelly, 70, who runs DCASE, was appointed to the position by former Mayor Rahm Emanuel in 2016 and retained by the administration of Mayor Lori Lightfoot. Previously, he had been vice-president for student success at Columbia College of Chicago, his employer for some thirty years… The city position is busy and significant, overseeing all of the city’s arts-and-entertainment programing, along with the supervision of its signature special events, including (among many others) Taste of Chicago, the exhibitions at the city’s downtown Cultural Center, the Maxwell Street Market, Nights Out in the Park and the various music festivals in Millennium Park. Kelly has also been at the center of efforts to support the city’s artistic community in the wake of the devastating impact of the COVID-19 crisis… ‘I’ve done forty-five years as an artistic administrator and educator,’ said Kelly in an interview, noting that his departure was voluntary. ‘I feel like I have set a great path forward for DCASE which won’t miss a beat. So the time was right for this personal decision.'”