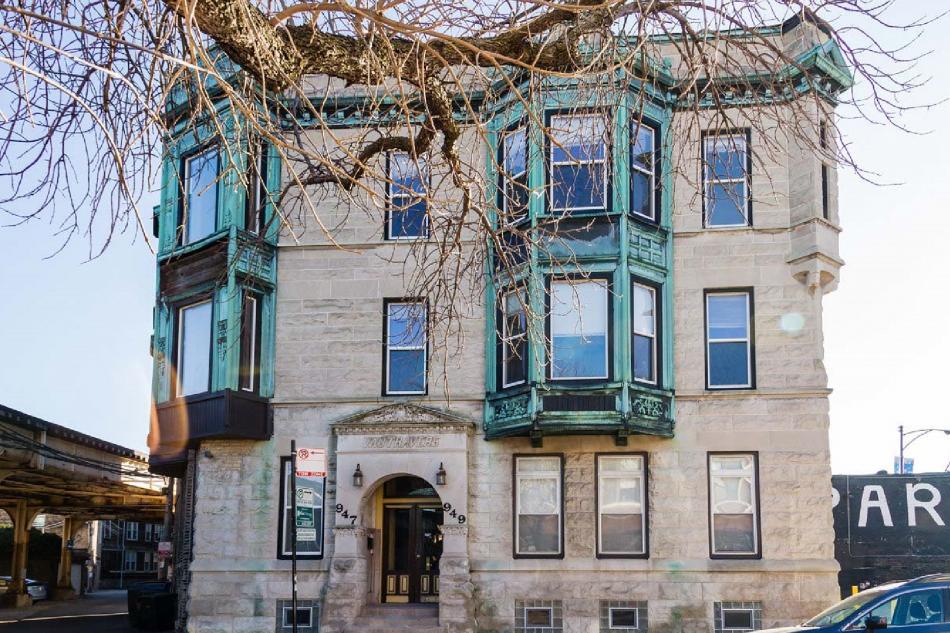 Barbara Kruger Says Thinking of You. I Mean Me. I Mean You.

The Art Institute of Chicago will  present a major solo exhibition, the largest and most comprehensive in twenty years, devoted to the work of artist Barbara Kruger from September 19 through January 24, 2022. The exhibition, encompassing four decades of her art practice, is organized with LACMA and MoMA. Developed in close collaboration with the artist, “Thinking of You. I Mean Me. I Mean You.” encompasses the full breadth of her career, from her early and rarely seen paste-ups of the early 1980s, which reveal her analog process, to her digital productions of the last two decades. The exhibition also features new works that reevaluate and reanimate earlier works for the current moment allowing Kruger to present her own history and also reconceptualize her earlier work. “Kruger’s enduring subject is power as product, both in terms of the anonymous collective machinations of social control and its accumulation and abuse by singular worthies,” James Rondeau, president and director of the Art Institute says in a release. “‘Thinking of You. I Mean Me. I Mean You.’ is, in Kruger’s words, an ‘anti-retrospective,’ an exhibition that pushes against the notion of a career as a relic or chronological checklist.”

“Northwestern is constructing a four-story building with a 350-space underground parking lot on Irving Park Road between North Kilbourn and North Kenneth avenues, which includes the former site of Sabatino’s restaurant,” reports Block Club Chicago. “The project received City Council approval in March. But at a community meeting… neighbors said they had no idea Northwestern also purchased the home at 3936 North Kenneth, and plan to tear it down to install temporary office space for the construction site or an underground stormwater retention tank for the new medical facility.”

“An old Marshall Field & Company warehouse building at 4343 South Cottage Grove Avenue is one step closer to being reborn as a performing arts center and museum,” reports Urbanize Chicago. Known as the Lillian Marcie Theatre, the $13.5 million undertaking will transform the vacant vintage structure into an arts complex with a 350-seat main theater, a 100-seat black-box theater, rehearsal spaces, dressing rooms and a roof deck.” The Chicago Community Development Commission voted to recommend that the City Council set aside $3 million in tax increment financing (TIF) money for the project.

James Beard winners Beverly Kim and Johnny Clark of Parachute and Wherewithall have been raising three kids and running two restaurants, but are now entrusting their Avondale kitchen to a new chef, reports Eater Chicago. “When James Beard Foundation Award-winning chefs Johnny Clark and Beverly Kim reopened Wherewithall for this first time since 2020, there was a big change: neither chef was leading the kitchen. New chef du cuisine Tayler Ploshenhanksi is running the show in Avondale while Clark and Kim focus on raising their three children and preparing to reopen Parachute, their Michelin-starred restaurant.”

Rising meat prices hit home for tacos, reports Eater Chicago, surveying taquerias and restaurants locally. “People have the notion that tacos are supposed to be cheap,” Marcos Carbajal, owner and operator of Carnitas Uruapan tells the site. “It’s not a dish with sides, by and large it’s hard to hide that sticker shock to people. A steak taco is probably pushing close to $4 when it would have been $2.50. For us, the way we sell things, it’s hard to hide that price increase.”  “On any given week, Carbajal says he buys between 11,000 and 18,000 pounds of pork skins, stomachs, and ribs, with many Mexican families stopping by his store to purchase around eight pounds of carnitas in bulk. That specialty focus on pork also leaves little wiggle room for the restaurant to develop alternative dishes.”

Michael Phillips profiles “the tiny, century-old trolley line warming house now known as Comfort Station, the unlikeliest arts micro-organization in town” over at the Tribune. “The demi-cottage and surrounding, shady lawn area has routinely hosted between 150 and 200 events a year: concerts, art exhibits, photography exhibits, puppet shows and larpers. ‘You know larpers?’ asks Comfort Station film programmer Raul Benitez… ‘Medieval battle role-play? We had a battle on our lawn. Oh, and during an eclipse we had over 300 people on the lawn. We teamed up with Adler Planetarium and they gave us a bunch of eclipse glasses.'”

The proposal for the South Shore Regal Mile Studios led by the producer of “The Chi” was approved by the Chicago Plan Commission, reports Ryan Ori at the Trib. “The commission voted to support zoning for the plan, which would bring sound studios, offices and other space to vacant land near the Avalon Regal Theater. The Regal Mile Studios development, near the Chicago Skyway, is led by a pair of South Side natives: Hollywood producer Derek Dudley and Chicago businessman Jim Reynolds, Chairman and CEO of Loop Capital.”

“When I was a teenager, attending… an integrated institution across the street from an auto plant in Michigan, I got all my impressions of suburbia from the movies. ‘Risky Business.’ ‘Ordinary People.’ ‘National Lampoon’s Vacation.’ The entire John Hughes oeuvre, especially ‘Sixteen Candles,’ ‘The Breakfast Club,’ and ‘Ferris Bueller’s Day Off,'” writes Whet Moser at Chicago. “Rightly or wrongly, I concluded that suburbia was segregated and snobbish, an attitude I’ve never been able to shake. I didn’t get that attitude from movies about just any suburbs, I got it from movies about Chicago’s Northern suburbs, which, over the last 40 years, have come to be seen as representative of all American suburbia.”

A lifetime of recovery awaits music writer Scott Morrow after he was shot as a passerby during Puerto Rican Parade festivities, reports Block Club Chicago. “I just kept thinking about all of the family and friends I didn’t want to leave behind, and all of the things I still have to do: ‘I’m working on an album. I can’t die before this album gets done,'” Morrow told Block Club. “Morrow spent six days in the hospital and has gone back twice because of complications. Doctors removed his spleen, his left kidney and part of his pancreas… Morrow said he should be able to live a ‘pretty normal life’  barring any more complications. Compared to other shooting victims, he considers himself ‘very lucky… The sad reality is this stuff happens all the time.'”

Michael Halberstam co-founder and sole artistic director of Writers Theatre has quit, reports Chris Jones at the Trib. Writers “morphed from a tiny shoebox operation in the back of a Glencoe bookstore to a major American nonprofit institution with a $7 million annual budget and residence in a $28 million building” designed by Jeanne Gang. But Halberstam had been opposed by parts of the theater community “following 2017 allegations of inappropriate rehearsal room behavior” and other actions.

Lucas Hnath’s “Dana H.” will share a Broadway stage with “Is This A Room,”  reports the New York Times. “In an unusual joint venture, the two acclaimed documentary plays will alternate performances at the Lyceum Theater this fall.” “Dana H.” was onstage at the Goodman in 2019, the theater tweets joyfully.

Tennessee Williams Festival Returns To St. Louis
The Tennessee Williams Festival returns for its sixth year with a startling headliner: a production of “The Glass Menagerie” in the Central West End building where Williams lived and where the play was imagined. “A year ago, we brought Tennessee Williams into your home, lucky enough to flourish on the radio during a year that was so challenging,” says Carrie Houk, the festival’s executive artistic director in a release. “This year we bring you into his!”  The site-specific production will be in the building where the Williams family settled when they moved to St Louis. “If theatre is ritual, our production of ‘The Glass Menagerie’ is the equivalent of going to Mass in St. Peter’s Square in Rome,” explains Brian Hohlfeld, who is directing. “There’s no other city in the world where you can see this play in this venue, amid the same red bricks, alleys, and fire-escapes that inspired Williams to write it almost eighty years ago. We’ve brought back most of our amazing cast from last fall’s radio version, and our entire team is thrilled and humbled by the opportunity to bring this site-specific production to life.” More here.