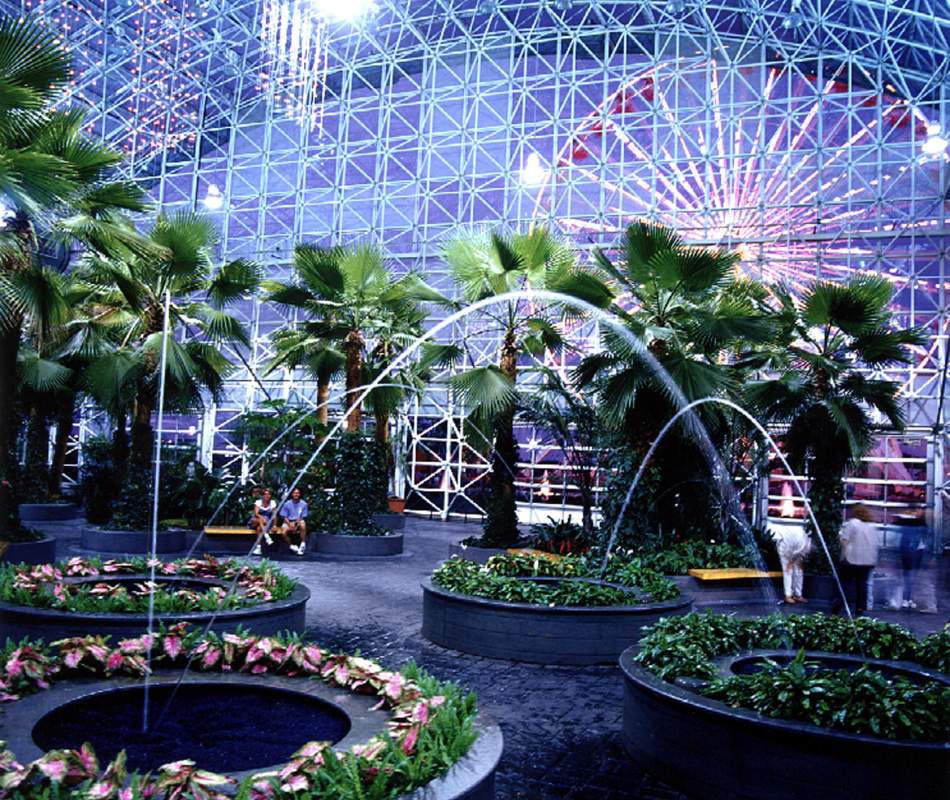 Virgil Abloh In The Metaverse

Venture funder Matthew Ball is unwinding his ideas about the “Metaverse” in a series at his site, and shares this about collaboration with Virgil Abloh and digital assets: “It will take time for the entertainment industry to figure out what a Metaverse radio show, TV series, porn site, or OnlyFans looks like,” writes Ball. “And much of this, as was the case with “Fortnite,” will depend on technological advances. But the first companies, artists, and stories to do so will find themselves situated beside the likes of Captain America, Luke Skywalker, and Taylor Swift. Similarly, new fashion houses and labels will emerge in the Metaverse-era, too, using its distinctive canvas and audience, plus lack of marginal costs, to differentiate and rapidly establish mindshare. I’m helping Virgil Abloh, Founder-CEO of Off-White, create exactly that kind of brand. His goals are clear, but also wide-ranging: ‘I want to make virtual clothes to paint pictures physical clothes cannot, and let buyers access a new dimension of their personal style – no matter who they are, where they live, and the virtual worlds they love.'”

Fast Company reports on Mayor Lightfoot’s drive to bring tech talent to Chicago: “The pandemic has already brought 32 companies to Chicago, Lightfoot says. That total includes tech companies, also some life science (SOLVD Health) and logistics companies (including U.S. Xpress and Flock Freight). Google opened an office in Chicago in 2015, then another one in 2019. Groupon and Grubhub are Chicago-born. The city is also becoming a birthplace for unicorns, or startups valued at above $1 billion. Nine of the seventy-one unicorns minted in the U.S. so far this year are based in Chicago. That makes Chicago competitive with better-known tech hubs: San Francisco and the Bay Area have minted seventeen unicorns so far this year… New York City comes in second with eleven unicorns.” “I’m going to put our music, arts and culture, and [foodie] scene, up against anybody, literally in the world,” Lightfoot tells Fast Company. “If you’re looking for lifestyle and affordability, where you can buy and live in the city, there are very few places in the United States that are better than Chicago.”

The Daily Herald reports on a visit to Schaumburg by Chicago-born actor Terrence Howard (“Empire,” “Iron Man”): “Howard made an appearance at Chicago Prime Italian Restaurant in Schaumburg, which included… a VIP dinner with seventy-five special guests. Notable attendees included former Illinois Governor Rod Blagojevich and Austin Rabine, the CEO of the Rabine Group, and the son and business partner of Illinois Gubernatorial Candidate Gary Rabine.” Howard was “a featured guest for ‘Conversations with Mark Vargas’ earlier that day at Judson University in Elgin. Vargas, a Judson alumnus, hosted the discussion with Howard that featured topics such as… business ventures and the inspiration behind his success… Vargas and Howard announced they are launching a drone company, utilizing a drone Howard referred to as ‘Lynchpin.'” No word as to whether the drones will be manufactured or deployed in the Chicago area.

“As Korey Bilbro walked through Roseland on a recent afternoon, he called everyone he came across his neighbor as he handed out green plastic bags stuffed with information about housing assistance,” writes Elvia Malagón at the Sun-Times. “‘I don’t know if everyone’s paid their rent this morning,’ Bilbro said to residents as he stopped to talk… Bilbro, an organizer with Communities United, spoke to people in their cars, and other times he and three other volunteers left the bright green bags on doorways. His efforts are part of a goal to reach 10,000 homes — primarily two-flat buildings — as advocates try to preserve this type of housing stock in Chicago they say provides affordable apartments while also generating wealth for homeowners in Black and Latino neighborhoods. Their initiative comes as residents are still reeling from the coronavirus pandemic and weeks away from the eviction moratorium ending.”

“Navy Pier drew one step closer to adding a digital immersive exhibit as its next tourist attraction when the Chicago Plan Commission approved the project,” reports the Trib. ” The exhibit, run by New York-based Illuminarium Experiences, would transform Crystal Gardens, a one-acre botanical garden. In addition to changing the atrium’s exterior, a cafe, retail space and a lobby and ticketing area would also be added, according to a draft presentation submitted ahead of [the] meeting.”

Flyball, Reggio’s Pizza and Pop That Pop On The Grove received grants through the city’s Neighborhood Opportunity Fund, reports Block Club Chicago. “Bruce Gage opened his Negro League-inspired clothing shop in 2018 in Bronzeville inside a shipping container-turned-retail pop-up. Three years later, and with a six-figure grant… Gage could be close to giving Flyball its first permanent home… Flyball is among the more than two dozen South and West side businesses that received grants through the city’s Neighborhood Opportunity Fund… Flyball received about $166,000 to build out its new location at 4400 Grove, the $38 million mixed-use development that opened in Grand Boulevard in the fall. For Gage, it will be the culmination of years of work that started as selling his wares at a Navy Pier kiosk in 1993 under the name Mario Womo. He had some success — but once the bootleggers and knockoff sellers came, he stopped. He relaunched years later in 2014 under Flyball and opening the Boombox Chicago pop-up at 47th Street and Vincennes Avenue.”

“I wouldn’t be there if Rick Bayless didn’t call me,” chef José Andrés tells Louisa Chu at the Trib. “He said, ‘Say, José, there’s a place near me and if I could choose the people I want near me, I would love if it was you.’ I thought, shit. To have a restaurant near Rick it’s like, thank you man. And obviously we’ll look into it. At the end, we were able to make it happen. But it didn’t happen just because of business. It happened because of all the different crazy stories I’m telling you…. They don’t make any sense. But then they all make sense, right?”

“The way that we rehearse things, the way that we get ready for service, the way that you’re getting ready for your production every night,” Rick Bayless tells Eater Chicago, “It’s not uncommon in a restaurant when you’re ready for evening service to say ‘curtain’s going up now’ and everybody gets into position and then you open the front door or raise the curtain and you start your production for the night.” He’s worked with Windy City Playhouse to assemble “A Recipe For Disaster,” with food and cocktail service. The interactive comedy starts an open-ended run on October 6 in Petterino’s club space, and “is set at a trendy restaurant hosting an influencer night. While attempting to impress social media celebrities, the staff is dealing with a host of real crises Bayless experienced over the past three decades, such as hiding a pig from a health inspector because it lacked a USDA stamp of approval… Bayless worked with Windy City’s artistic director Amy Rubenstein and associate artistic director on the script, meeting weekly throughout the pandemic to turn anecdotes into dialogue. ‘In the bleak COVID year, it brought so much joy to me because we would get together and for two or three hours we would laugh and laugh and laugh,’ Bayless says. ‘It was the perfect antidote.'”

“Chicago’s lesbian bars are dead. At least, that’s what the national conversation would have you believe,” Grace Wong reports at the Tribune. “The truth, say many in the city’s LGBTQ community, is more complex. Rather than dying out, the lesbian bar scene in Chicago is shedding mistakes of its past to beget not only more inclusive environments for all, but queer spaces with lasting power… One place taking on this behemoth task is cocktail bar Nobody’s Darling in Andersonville… a neighborhood where lesbian bars once carved out space for themselves north of Boystown. Angela Barnes and Renauda Riddle, co-owners of Nobody’s Darling, describe it as ‘a lesbian bar, and a gay bar, and a queer bar, and a trans bar. We were kind of careful not to say, “Hey! It’s a lesbian bar!” because I do think that the world has changed.’” Barnes told Wong, “We wanted this to be a women-centered, women-forward space and a bar where women feel comfortable — but also where everybody is welcome and everyone feels comfortable… Thus far, it’s been amazing, because people really feel that energy.”

Illinois Humanities presents a conversation with author and voting rights activist Desmond Meade discussing reentry, the rights of formerly incarcerated individuals, as well as his book, “Let My People Vote: My Battle to Restore the Civil Rights of Returning Citizens” on Wednesday. “As calls for criminal justice reform intensify throughout Illinois and the United States, Desmond’s story offers many lessons for those seeking to reimagine current approaches to justice and accountability,” says Illinois Humanities executive director Gabrielle Lyon in a release. Tyreece Williams, program manager of Envisioning Justice, will join Meade to delve into the themes of “Let My People Vote,” such as Meade’s first-hand experiences with the criminal legal system and his ongoing fight for returning citizens’ rights to fully reenter society. “Nothing speaks more to citizenship than being able to vote, and the effort to restore voting rights to people who were convicted of felonies speaks not only to creating a more vibrant democracy, but also to the humanity in all of us,” says Meade. Free, Illinois Humanities and Women And Children First, Wednesday, July 21, 7pm. Make reservations here.

Music Director Osmo Vänskä and the Grammy Award-winning Minnesota Orchestra today announced plans for the ensemble’s 2021-22 season, running from September 2021 to June 2022 and includes classical, Live at Orchestra Hall, Movies & Music, holiday and Relaxed Family concerts. This season marks the end of an era in the Orchestra’s 118-year history as Osmo Vänskä concludes his tenure with the Minnesota Orchestra after nineteen years as music director. “In his final season at the helm, Vänskä and the Orchestra together look back at many of the milestone performances, collaborations, commissions, tours and recordings of the past two decades,” the orchestra says in a release.

At least two employees of Cary-based Christian Youth Theater Chicago, a Christian-oriented suburban theater company have resigned, reports Evan F. Moore at the Sun-Times, “citing its policy toward LGBTQ+ students. The exits were prompted by a document issued by CYT Chicago’s board aligning itself with ‘traditional beliefs of God, the Bible, sexuality, marriage, human identity and gender.’ The statement ordered, ‘speech and behavior of students, parents and staff must comply with a biblical standard, at least while on site and for the duration of the CYT Chicago programs in which these families and students are participating.’ Employees are required to sign the statements to work at CYT Chicago this fall.”