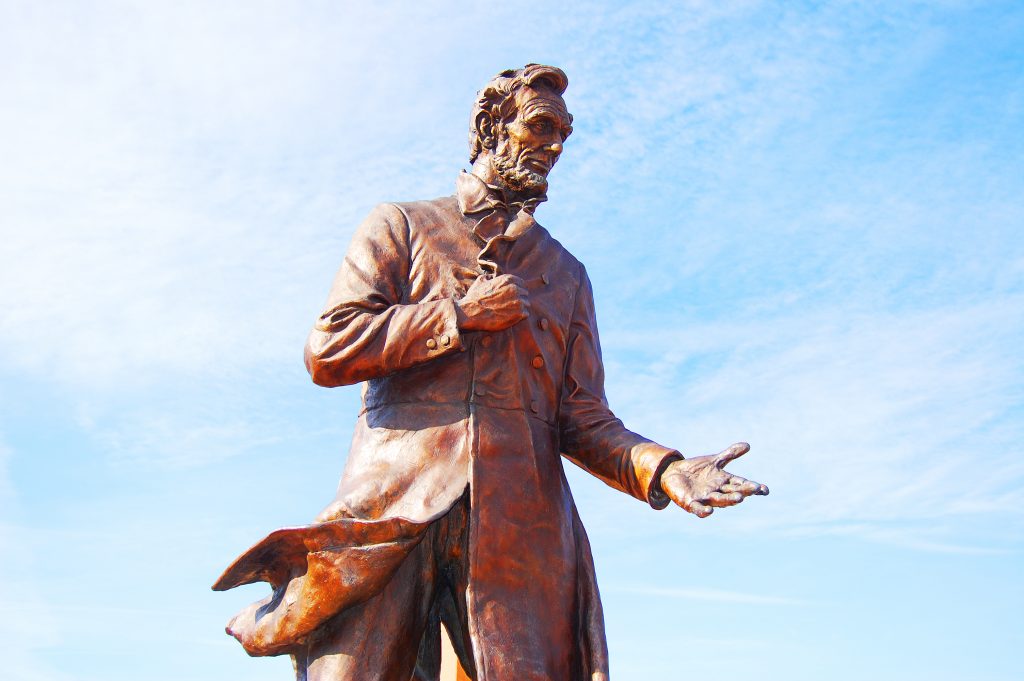 When I started online dating a few years back, my passport had not seen a stamp for close to a decade. It had expired three years earlier. I didn’t own a car—hadn’t owned one for nearly fifteen years. I was taking somewhere around .6 domestic trips per year that weren’t to visit family. My annual discretionary travel budget was fit for funding an overnighter to Downers Grove, so long as I packed my own dinner.

I became especially conscious that this situational data contrasted with what I was seeing in profile after profile on the dating apps I’d signed up for. What a well-traveled bunch single Chicagoans are, so many having touched down on anywhere from three to five continents, with aspirations to see all four oceans and climb the tallest peaks, always up for a weekend jaunt to San Francisco or New York City in between.

If you’ve never had the pleasure of online dating, traveling and vacations are a signal part of the mating call. Writing on the topic in Vox, Aditi Shrikant says, “Travel is integral to how we market ourselves while dating… Travel makes a person seem adventurous, rich, and interested in their own self-development, a.k.a. an ideal mate.”

I could picture myself as the plus-one in every Machu Picchu selfie and Northern Lights expedition uploaded in the profile photos, never mind the corresponding narrative teeming with fundamental incompatibilities that would ensue. (“ATTENTION: I live in Western suburbs. City guys YOU MUST OWN CAR.”) Conversely, a woman imagining herself as the plus-one in my world mainly saw her picture in some Chicago dive with a bag of Combos, or as the uncropped figure whose shoulder I’m clutching at Wrigley. Good times. In my one photo not from Chicago, she saw herself seconds away from plunging down a mountainside on a bike.

For every twenty messages I sent to start up a conversation, my efforts produced only a response or two, often leading nowhere. So I spent even more time online, made even more outreaches. Online dating is one of those areas in life, I was learning, where you can’t will yourself to succeed—in fact, the harder you try, the worse off you’ll be. At a certain point the virtue of hard work becomes the turnoff of desperation. It’s sort of a cruel logic.

Eventually I realized I needed to take a hiatus, a vacation from the taxing, addictive work of online dating. Then I thought, what better way to spend my online dating vacation than by getting out of town, evolving myself into more of an ideal mate while taking a break from everyday life—even if my everyday life was happening in Chicago, which itself can offer such an experiential spectrum that just living here feels like a trip at times.

I do see why traveling and online dating go so well together. Both have an element of the unfamiliar, opening you up to new possibilities, expanding your geographical reach, providing a rush that can be addictive. After assessing my options for a getaway, I booked a ticket to Springfield on Amtrak’s “Lincoln Service.” Coming in below fifty dollars for my round trip, the price was golden.

But so too was the destination. On one of the dating apps there’s a question—used to inform the algorithm to better show compatible partners in your feed—that asks: If you were visiting a new city, where would you be most excited to go? Options listed are tourist attractions, historically or culturally significant locations, sites where you can rub elbows with the locals, or back home.

For me, it’s almost always the historical sites. Even here in Chicago I love stumbling upon those Chicago Landmark plaques affixed to buildings. And the way I understood Springfield, having never been there, along with being the home of our esteemed state government (my trip occurred at the tail end of the two-year budget impasse), it’s a trove of Abraham Lincoln landmarks.

Our train left from Union Station on a bright, hot Saturday morning in July. The Cermak Road Bridge passed by the window; we were on our way. Which raises an important question: At what point does a vacation actually begin? Is it when you turn on your “Out of Office” auto-reply in Outlook (if you happen to be a corporate nine-to-fiver like me)? Is it when you lock your front door? Arrive at your destination? Or maybe when you can no longer see the Willis Tower? I had to tell myself vacation began when I stepped off the train in Springfield, as the book I’d brought for company (Ron Chernow’s “Washington,” sticking with the presidential theme) was face-down on the open seat next to mine by the time we got into Joliet, and I was back on my phone, logged in and browsing dating apps, replying to an existing conversation string, asking so-and-so would she be up for grabbing a drink when I got back from my vacation? Then I logged out and closed my eyes. Done. 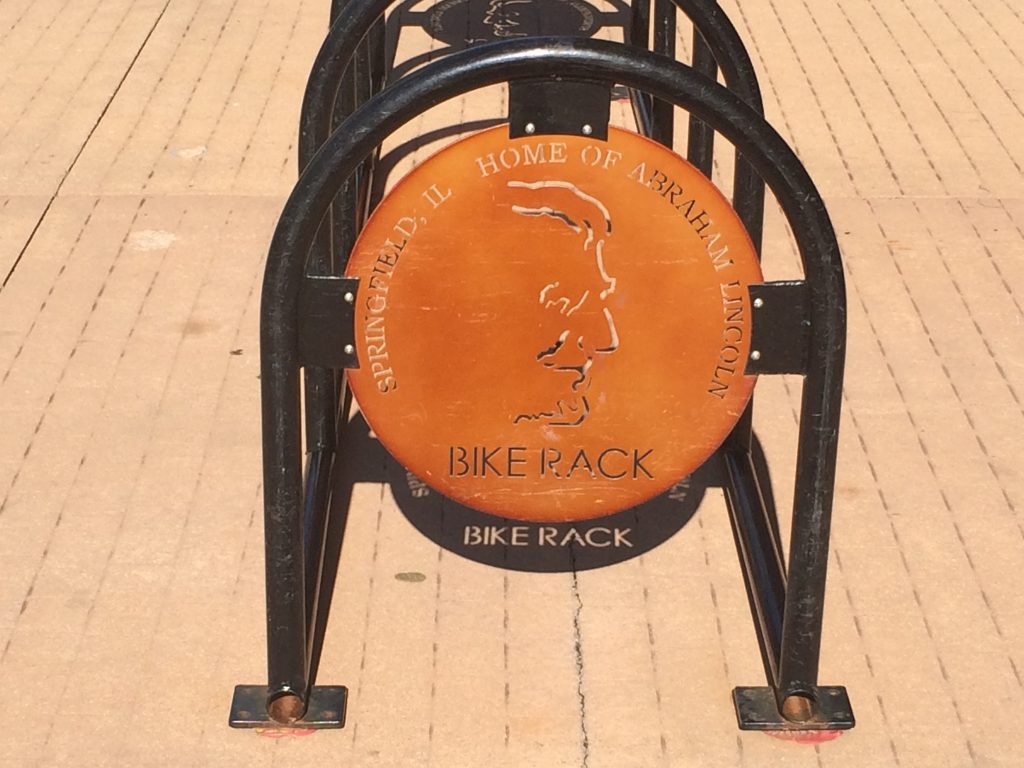 Early afternoon the train pulled into the Third Street station in Springfield. Vacation had begun! I easily navigated to where I was staying, the President Abraham Lincoln Springfield hotel—at twelve stories, it’s one of the taller structures downtown, adorned with an oval portrait of Lincoln at the top facing south, just in case. I left my luggage—a backpack—in my room and headed south to drop in on Lincoln’s home a few blocks away.

The Lincoln Home, where he lived from 1844 until he left for D.C. in 1861, is maintained by the National Park Service. It’s a National Historic Site comprising several blocks of historic homes on twelve acres of land. Park rangers dressed like they just left Yellowstone shepherd visitors through a series of outside tour stages, leading finally inside Lincoln’s home. This builds dramatic tension and provides an opportunity to keep each tour moving forward.

Shuffling along in a group of fifteen or so, my mind wandered from Lincoln to my iPhone. Instead of being fully present, experiencing the site of the only home Lincoln ever owned, I desired to check my dating inbox. While the park ranger fielded a query on Lincoln’s relationship with his son Tad, I concocted this scenario where a response to the message I had sent earlier led to the first date of a future great relationship, and what a terrific story this would make associating the relationship’s groundbreaking with some exalted location like Lincoln’s home. I convinced myself that checking the app right here and now was golden. As we stood on the tour just outside of Lincoln’s home, I logged in. Nothing.

It was that sort of warped reasoning that dogged me the rest of my twenty-four hours in Springfield—to outside the windows of the Lincoln-Herndon Law Offices (closed for renovations), into the Lincoln Presidential Museum and Old State Capitol, over to the Lincoln Depot, past all the Lincoln quirks, such as bike racks enriched by a kind of Lincoln penny. On the train back home to Chicago the next day I got my response. She wrote Springfield sounded like an interesting trip idea, hoped I was having fun, and that she had met someone at her CrossFit gym, best of luck in my search!

I’ve read that trips, vacations can alter your perspective, rewire your brain. I didn’t stay away from online dating as I had planned or fully inhabit Springfield and leave my everyday life back home, but still I felt different as the “Lincoln Service” ate up miles of central Illinois farmland. I felt this weird optimism about the future, that one day I would be back in Springfield with a plus-one to share the whole experience. The following day at work I merrily described my trip itinerary to a group of coworkers. One of them, a guy who had grown up in the Northwest suburbs, said, “John, you realize you just took my sixth-grade field trip.”