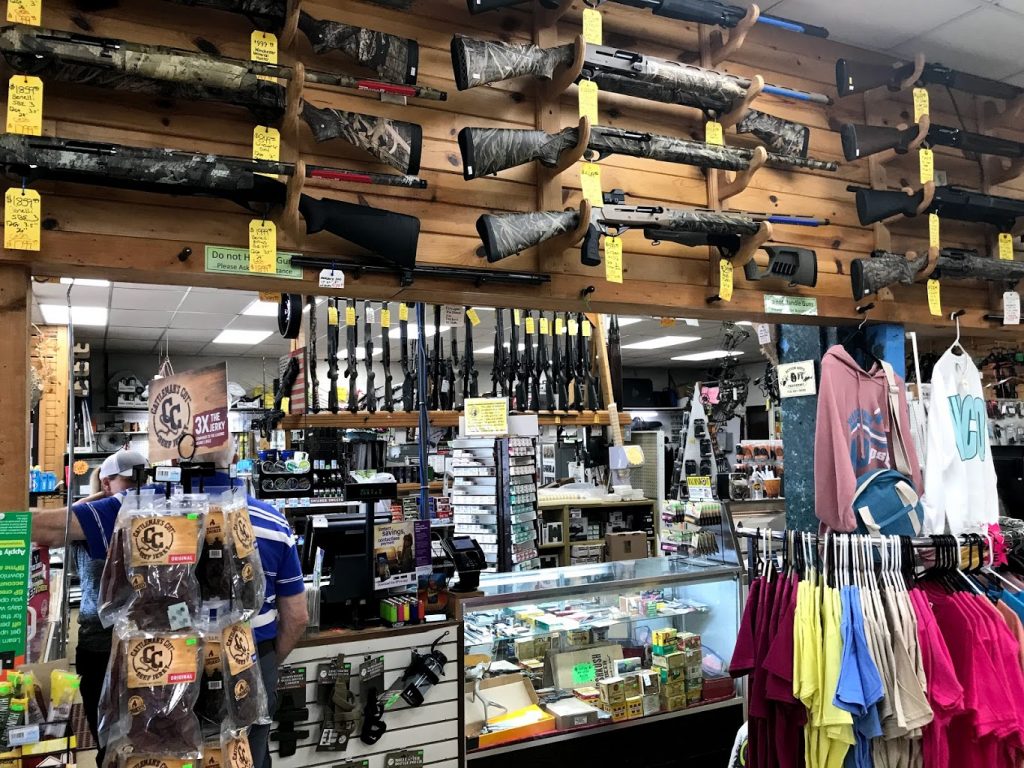 Not my convenience store/Photo: David Hammond

Growing up in the Portage Park neighborhood of Chicago, vacations meant one thing: Wisconsin.

With our northern neighbor as the prize at the end of the school year, summer was the time when we’d go to Delavan Lake or Lake Delton. Once, as part of a noble effort by my parents to make us kids happy, we journeyed to the Dells, where we could exult in such attractions as Biblical Gardens, Enchanted Forest and, of course, Storybook Gardens, one of the first of the corny tourist destinations to open in the area; this fairytale place closed in 2011, and I’m surprised it lasted that long.

On one of our trips to Delavan Lake, we stayed in a cabin with an ice box. Every few days, a man in a rusty old truck would pull up and using ice tongs he’d put a big, maybe foot-and-a-half square block of ice into the bottom section of a crusty wooden box. This ice hunk would keep our food cold, or at least cool, for a few days. I’d never seen or even heard of such a thing. It was cool, and it started me thinking about what life must have been like during the ancient days, you know, a decade or two before I was born. Travel opens the eyes.

Also unique to Wisconsin was mandatory butter. My parents, for health reasons, ironically, were inveterate margarine eaters, but to get margarine in Wisconsin meant getting a plastic package of white dairy-free oleo-based mush and working in a yellow annatto-based dye to make the margarine look like butter; the powerful dairy interests in Wisconsin wanted to discourage use of this renegade spread, so they made it as unattractive and hard-to-use as possible. Butter. I remember my first taste. I loved it, silky and creamy, rich, and real. We got to eat butter when we were in Wisconsin. Travel expands the palate.

I believe it’s a good thing to know where your food comes from, but I have rarely participated in the hunting of proteins in the wild. I learned to do so, for the first time, fishing for bluegills on Delavan Lake. We’d get up early, when it was still dark out, which made it all seem like an adventure. We’d get in our little boat and row out to the middle of the lake, work wiggling worms onto the hooks, and throw out our lines. The water smelled like algae, warm and musty, and my brothers and I talked about the monsters that might live under the calm waters, waiting to have us for their breakfast. Our cane poles were not professional gear, but we caught a lot of bluegills, much to the dismay of my mother, who had the task of cleaning them: it was a revolting process—tables covered in newspapers and fish guts—and time-consuming, but to this day I order bluegills whenever they’re listed on a menu.

Present day, driving back from Green Bay, on a brilliantly sunny morning, I was in a mist of nostalgia for Wisconsin, with its green fields coming alive in early summer, roadside fruit stands and small little towns with their notorious speed traps. On a solo drive in the early seventies, I was captured by the local police and jailed for a night in Monroe, Wisconsin. I had increased my speed heading out of town and ended up going 50 in a 30; with no money to pay the ticket, I was told I’d have to spend the night behind bars and talk to the judge in the morning. I asked my captor if I could bring into my cell a collection of John Donne’s poetry; though he looked at me suspiciously as he scrutinized a few pages of my book, he relented and so I had something to read while in stir. Jail food turned out to be not so bad—tomato soup and a sandwich of, naturally, cheese—and I remember my teenage incarceration as just another memorable Wisconsin adventure.

On one family trip to Wisconsin, my dad wanted to stop at the Schlitz brewery. Schlitz—“the beer that made Milwaukee famous”—was quite popular in the days before we all discovered craft beer, which is now produced across the state. Walking through that Schlitz brewery sometime in the sixties, I was appalled by what seemed to be some of the worst smells that ever entered my nose. The fermenting grains gave off what I used to consider an incredibly noxious odor—“how can people drink this stuff?” I thought to my young self. Having toured many breweries since then, I’ve come to appreciate the aroma that arises when yeast works on grains. 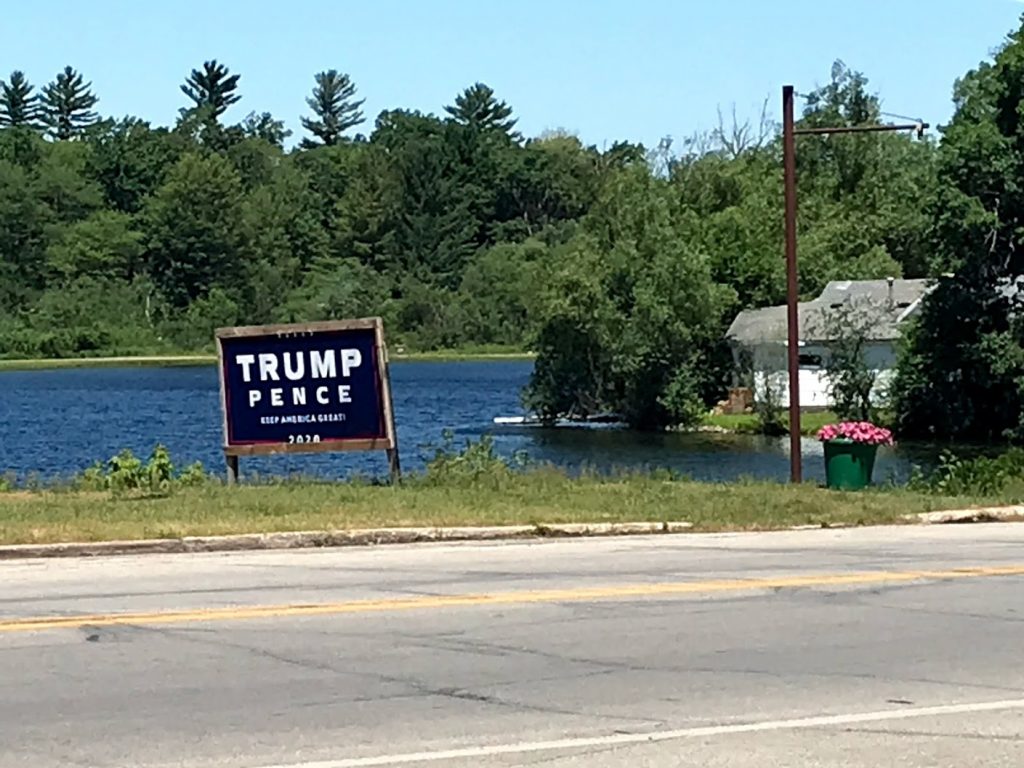 Trump on the Lake/Photo: David Hammond

On a recent, post-pandemic trip to Wisconsin, we stopped in the little town of Wild Rose for gas. The service station-convenience store had a sign on the window warning that masks were health hazards and that you didn’t have to wear one. There were lots of serious firearms displayed above the counter. Gesturing to the display behind him, a man in camos lectured three young boys on the firepower of various weapons. The men’s washroom had religious tracts pinned to the door. I thought of Obama’s statement about how rural folks “cling to guns or religion,” and was entirely unsurprised to see a standard-issue Trump-Pence sign, standing beside a charming little lake at the edge of town.

Right then, heading home and out of Wisconsin felt like we were leaving enemy territory. That is not a healthy attitude, and before the 2016 election, I had never thought of our dairy-loving state to the north as anything other than a wonderful resource and retreat for all Midwesterners. Although Wisconsinites did help put into office the most unabashedly anti-American president in my lifetime, Wisconsin flipped blue in 2020, so for that—and for the beer and the butter—we should be thankful.