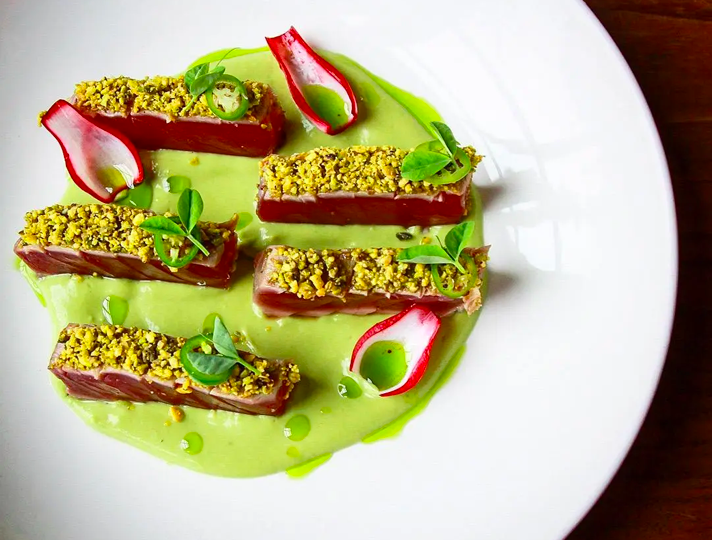 The “Frida Kahlo: Timeless” exhibition, presented by the Cleve Carney Museum of Art and the McAninch Arts Center at College of DuPage, running through September 12, has become one of this summer’s most notable events, not just for its artistic merit and educational value, but for its extraordinary economic impact on and around Chicago, the group reports in a release. “Frida means business,” says Director of the Glen Ellyn Chamber of Commerce Dawn Smith. “With the economic slump brought to many local businesses from the pandemic, the exhibit could not have come at a better time.” State Representative Terra Costa Howard says in a statement, “DuPage County has long been known as a wonderful place to live, but ‘Frida Kahlo: Timeless’ is now letting people throughout America know that this is also a great place to visit,” The exhibition was expected to attract 75,000-100,000 visitors. With five weeks left in the exhibition, nearly 70,000 tickets have been sold, already representing more than $1.5 million in ticket sales alone. Of those tickets, nearly twenty percent have been purchased by out-of-state visitors. Ticket buyers have come from all fifty states as well as twelve other countries.

Chicago-based artist Damon Lamar Reed has completed “We Play, We Heal, We Grow!,” a mural “highlighting the power of sport to help Chicagoland’s youth heal, grow and thrive.” The mural was unveiled on Sunday at Gallagher Way, next to Wrigley Field, prior to the Chicago Cubs vs. Chicago White Sox game. “Laureus USA teamed up with Reed for this mural to announce “Chicago’s Comeback,” a campaign encouraging Chicago residents to sign a Letter of Support calling on legislators and funders to make funding for local sport-based youth development programs a priority in an equitable post-pandemic recovery.

A photography exhibit by HRH Prince Nikolaos of Greece and Denmark will have its world premiere at the National Hellenic Museum (NHM) in Chicago when it reopens in September. “Resilience” is an exhibit of twenty works of photographic art. “Prince Nikolaos is an accomplished photographic artist whose works have been exhibited throughout the world since 2015, most recently at the London Design Biennale in June. His first solo exhibit in North America,’ Resilience’ will open to the public with a presentation by Prince Nikolaos Sunday, September 26, and will reside at the NHM through late December,” NHM says in a release.

Executive pastry chef Felicia Mayden has chosen Chicago’s top pastry talent for Flower & Flour, a botanical bake-off event at Ace Hotel Chicago. In partnership with Asrai Garden, local florist Elizabeth Cronin has assigned each participating chef an individual flower species to serve as inspiration. On Sunday, August 22, participating chefs will present bite-sized portions of their floral-inspired creation, and after sampling each, attendees will vote for the chef they believe should take the cake. Ticket proceeds will be split between two organizations: one chosen by Cronin, and one chosen by the winning chef. Tickets at Tock here.

Block Club Chicago listens to venue owners’ reaction to the Delta variant: “It has been mostly small, independent venues that have opened so far. The live music business is expected to ramp up further in the fall, when tours return to places big and small, including the United Center. It was last fall when coronavirus cases surged again, delaying any possibility of live shows for another several months. For venue owners, another coronavirus-forced closure would be cataclysmic.”

“For this year’s virtual Gala, instead of our traditional awards ceremony, we want to celebrate all of you, our membership and others, who have created theater in spite of the pandemic,” writes the Illinois Theatre Association. “To that end, we would like you to submit stories, pictures, videos, audio testimonials about how you created art in a world that was shut down for sixteen months. ‘During the pandemic, although our physical theaters were dark, artists across our state found ways to reach out and creatively tell their stories,’ says Carmel DeStefano, board president. Submit materials here; find details on the virtual gala here.

Artifacts and memorabilia related to “Dungeons & Dragons” are on view  in the city where the roleplaying game was created, reports The Lake Geneva News. The Dungeon Hobby Shop Museum officially opened July 21 in Lake Geneva. The museum showcases books, games, figurines, magazines, artwork, gaming dice and merchandise related to the game.

The Children’s Museum in Oak Lawn has promoted Heather Hendrickson as its director of educational experiences. Heather has been with the museum since 2017 working as a Play Coordinator, Team Leader, Fundraising Director and Assistant Program Coordinator. “When we closed in March of 2020, I was able to keep Heather on board five-to-ten hours a week to handle our social media,” Adam Woodworth, museum executive director says in a release. “Throughout the closure and working mostly remotely, Heather kept the museum’s social media up-to-date and also working to get the museum ready for its reopening. We knew that when we reopened, families were going to have different needs. Prior to the pandemic, we were very much about science and really focused on children ages 4-9. We still do science, but coming out of the closure we quickly realized that the 0-3 age group had major needs. These children who were eighteen months old had been in their homes for eight months. Parents would tell us ‘This is her first outing… ever,’ or ‘She has never played with children her own age.’ It was really eye opening and this alone meant we had to shift our focus.” More here.