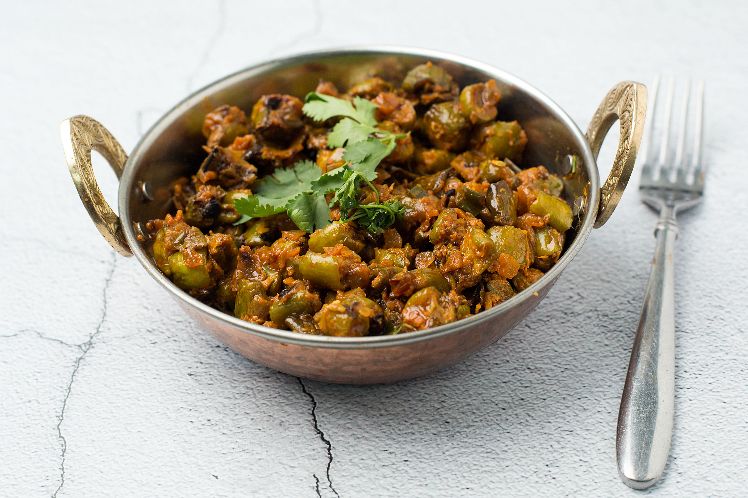 Ali Gass, formerly of the ICA San Jose and the Smart Museum of Art in Chicago, has raised $2.5 million to start the Institute of Contemporary Art San Francisco, with a planned opening in fall 2022, reports the New York Times. “It will be located in the Dogpatch area of the city, which is already a cultural destination with many studios and galleries. The plan is to support and showcase emerging Bay Area artists ‘who are ready for national and international attention,’ Gass said, as well as exhibit projects by more established artists, with a roughly 50-50 split. Gass, who will serve as director, explained that social justice is part of the museum’s DNA, as it was born from the racial and social reckonings of the last 18 months. ‘Starting an institution from scratch allows us to think deeply about contemporary art as a navigation tool for local and global issues,’ she said, citing the extreme wealth disparity in San Francisco as one example of an issue that artists could explore.”

Lisle-based Meal Village, an affordable locally made, non-subscription-based meal delivery service in the Chicago area with a daily rotating menu also available for same-day delivery, launches an Indian cuisine brand with Daily Rasoi. Meal Village founder, Naperville’s Ravi Ayyalaraju was born in a small southern town in India and started the company in January 2016 with the idea to become an alternative to home cooking. Prepared locally in the Meal Village kitchen, Daily Rasoi, meaning “Daily Kitchen,” is comprised of thirty dishes that can be ordered Monday through Friday, with delivery expansion to more than 120 zip codes in the city and suburbs. More here.

Noble Square’s recently reopened sandwich shop, Nini’s Deli, published a crude graphic on Facebook on Monday (post has since been removed or made private)  “PATHS THAT LEAD TO HELL,” the nine of which include logos for Black Lives Matter and Planned Parenthood, as well as a LGBT+ flag, a hammer-and-sickle and what could be Our Lady Guadalupe. “1 Timothy 2:4 makes it clear to us that God desires all to be saved. However, satan has certainly deceived many in this generation. That is why we made this helpful graphic below to make the road to salvation as clear as possible. Christ alone saves!” Among nearly 10,000 comments, this stands out: “This post appears to be designed to elicit an emotional response.” Their Instagram is currently empty. Google features their Kitchen Sink sandwich. (Here’s Eater Chicago’s June piece on the reopening months after the owner’s burst of racist and homophobic remarks.) Block Club Chicago strikes up a conversation with owner Juan Riesco: “I’m actually going to pass, bro. I want to talk about Jesus Christ… Right now, you’re saying that Christianity is hurtful and bigoted. That is a wicked thing for you to say … You’re saying that the word of God is bigoted. You will be judged for that on Judgment Day.”

What’s happening with Jacqueline Stewart [Newcity Film 50], one of the nation’s leading film scholars, as chief artistic and programming director at the Academy Museum of Motion Pictures that opens in a few months, asks Mark Olsen in an extended conversation at the Los Angeles Times. “While Stewart is on leave from the University of Chicago’s department of cinema and media studies, where she taught American film history, she will continue to appear on Turner Classic Movies… Aside from the exhibitions of objects, from the famous ‘Rosebud’ sled from ‘Citizen Kane’ to the iPhone used to shoot Sean Baker’s ‘Tangerine,’ the Academy Museum is opening two theaters, which will be running movies 365 days a year… opening with a 70mm screening of Spike Lee’s 1992 ‘Malcolm X.'” Olsen asks Stewart about leaving Chicago after a 2020 recognition as one of the Tribune’s Chicagoans of the Year. “Chicago is my home. I grew up in Chicago, so I didn’t just work there; it’s where I was born and raised. And Chicago has a really vibrant film community as well that’s been expanding and diversifying in some really exciting ways. And I hope that some of the scholarly work and the programming work that I’ve been doing in Chicago contributed to that. But this really struck me as a once-in-a-lifetime opportunity… Everyone recognizes the specialness of this endeavor and it’s at a scale also that is just unparalleled, we’re narrating all of these different stories about how filmmaking has developed in positive ways, in problematic ways. I was also drawn to this because I don’t have to argue here for inclusive stories of film history. I didn’t come as a corrective to something that wasn’t happening. I came because that was already the baseline philosophy, that we can’t continue to perpetuate the same kinds of hierarchies and exclusions and blind spots in the way that film history is told.”

Printers Row Lit Fest, the largest free outdoor literary showcase in the Midwest, returns for its thirty-sixth year with all-free programming and five blocks of diverse booksellers on Saturday, September 11 and Sunday, September 12 from 10am-6pm in Chicago’s Printers Row neighborhood. Award-winning journalist and novelist Dawn Turner opens the festival in a conversation about her new memoir, “Three Girls from Bronzeville: A Uniquely American Memoir of Race, Fate, and Sisterhood” on Saturday at 10am. Two-time Pulitzer Prize-winner and National Book Award-winner Colson Whitehead appears on closing day in an event about his new book, “Harlem Shuffle,” presented by the American Writers Museum on Sunday, September 12 at 4pm. (Advance registration required here.)

New Philharmonic, the professional orchestra in residence at the McAninch Arts Center in Glen Ellyn, opens its season before live audiences with “Halloween Spooktakular” concerts October 2-3. “Scary movies wouldn’t be half as much fun without the music,” says New Philharmonic conductor and music director Kirk Muspratt in a release. Under the baton of Maestro Muspratt, the Halloween-costumed musicians of New Philharmonic will conjure up “The Hungarian March” from “The Damnation of Faust” by Berlioz; “Night on Bald Mountain” by Mussorgsky; and “Witches Sabbath” from “Symphonie Fantastique” by Berlioz. The program also includes music from film favorites including “Psycho,” “The Addams Family,” “Cocoon,” “Angels and Demons” “Contact,” “A.I.,” “The Mummy Returns” and “Harry Potter.” Tickets and more here.

The Neo-Futurists’ “The Infinite Wrench” Returns

Chicago’s longest-running late-night show, The Neo-Futurists’ “The Infinite Wrench,” opens the company’s season of programming with a return to weekly in-person performances on Saturday, September 18, nineteen months after its live shows paused. The signature production resumes its thirty-three-year run and takes place every Saturday at 10:30pm and every Sunday at 7pm. “We are thrilled to bring our late-night, high-energy assemblage of sports, poetry and living newspaper back to the stage, where the audience determines the order of thirty plays written, directed and performed by the Neo-Futurist Ensemble,” artistic director KR Riiber says in a release. “And for our opening weekend, all thirty plays will be world premieres!” “The Infinite Wrench” is The Neo-Futurists’ ongoing attempt to perform thirty plays in sixty minutes for a live audience. More here.

Winifred Haun & Dancers will premiere a new group work, “When day comes,” on October 1-2 at the Ruth Page Center for the Arts. Choreographed by Winifred Haun, the new dance explores how humans are constantly chasing something, and how that pursuit causes discord, suffering, and occasionally, joy. “When day comes” features WH&D assistant artistic director, Summer Smith, in the lead role as the one being pursued, and new company dancer Julia Schaeffer as the lead pursuer. Other dancers in the work include Vernon Gooden, Crystal Gurrola, Quint Lattimore, Mandy Milligan and Jacinda Ratcliffe. The sound design features music by Michael Wall and Shaggy. Other dances on the program include “Your nearest exit may be behind you” (2016), “Bento” (2012), “Finding the Light” (2021), and an excerpt from “Trashed” (2017). Banks Performance Project will also have a work on the program. More here.

Music Of The Baroque Presents The Midwest Premiere Of “The Chevalier”

In partnership with the Chicago Symphony Orchestra Association, the North Shore Center for the Performing Arts and Concert Theatre Works, Music of the Baroque will present in February 2022 the Midwest premiere of “The Chevalier,” a new concert theater work written and directed by Bill Barclay. “The Chevalier” is about the life and music of eighteenth-century Black composer Joseph Bologne, Chevalier de Saint-Georges, a master composer, virtuoso violinist, a friend of Mozart’s, music teacher to Marie Antoinette, the finest fencer in Europe, general of Europe’s first Black regiment and a crusader for the abolishment of slavery.

With a “concert theater” approach, featuring the interplay of four actors with orchestral and chamber music excerpts, Barclay blends Bologne’s remarkable history with his own compositions, ultimately conflating the French Revolution with the social and political unrest in society today. “The Chevalier,” features music by Joseph Bologne with additional music by Mozart and Glück. Dame Jane Glover will conduct the Music of the Baroque Orchestra at all three Chicago-area locations in selections showcasing Bologne’s compositional output, from violin concertos to symphonies, string quartets to ballets. Performance dates and more here.

The fall line-up kicks off on September 21 with CHF’s 2021 Joanne H. Alter Women in Government Lecture featuring Sen. Tammy Duckworth and will extend through December 9, with events on stages all across Chicago, including the Harris Theater, Blanc Gallery in Bronzeville, and Columbia College Chicago, as well as livestreamed virtual events. Many programs will highlight Chicago creativity, including a reconsideration of Chicago’s iconic public artwork, the Wall of Respect, including a discussion about the ongoing legacy of Chicago’s Black Arts Movement; and performances from such Chicago luminaries as Makaya McCraven, Third Coast Percussion, and Tammy McCann.

“As we gather together again, we are focused on celebrating and elevating the creativity that makes our city so great,” Alison Cuddy, CHF’s Marilynn Thoma Artistic Director says in a release. “By spotlighting some of the tremendous community and culture in Chicago, as well as inviting in artists, actors, and scholars from around the globe, we hope that many people will rejoice in the return of CHF’s signature programming—from compelling conversations to truly unique performance experiences.” More programs will be announced soon. For more information and tickets, go here.

City Club in-person events return this month, reports Greg Hinz at Crain’s. Attendees will provide proof of vaccination and wear a mask, food will be to-go and attendance will be limited to about half the customary capacity. “In a return to normalcy—sort of—the City Club of Chicago is resuming its popular in-person luncheons, a legendary networking event that’s hosted everyone from presidential candidates and U.S. senators to business titans and mayors through the years.”

The Adler Planetarium has released more dates for limited engagement in-person events this fall. While the museum will not fully reopen until March 2022, guests can see the sky shows and telescope viewing opportunities on select dates in September and October. All tickets are available for online purchase only; no on-site tickets will be sold. Tickets are $25, 12 ticket maximum sold per event. More information and tickets here.