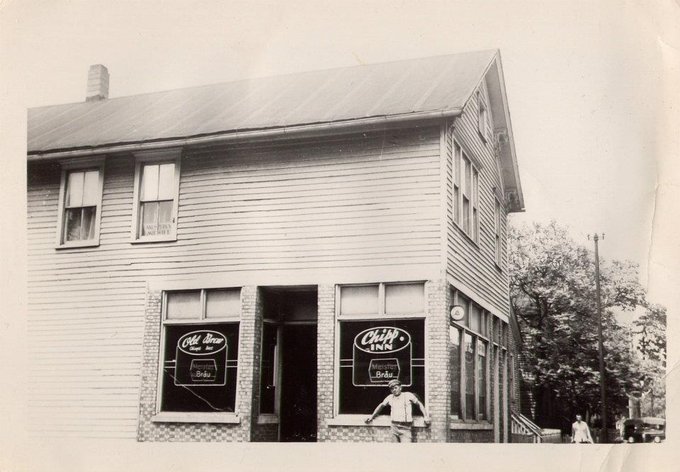 “The factory, located at 1357 North Elston, was originally designed by Graham, Anderson, Probst, and White. Completed in 1930, the facility long greeted inbound vehicles along the Kennedy Expressway with the iconic Morton Salt logo,” reports Chicago YIMBY. “The factory was granted full landmark status this past July… Under the new designation, the rooftop replacement is still permitted, due to the fact that the roof has been replaced previously and the presence of asbestos in the material.” The overall form of the original structures must be maintained.

“Navy Pier’s Crystal Gardens could be removed and replaced with what’s billed as ‘the next generation in immersive entertainment’—but a petition to save it has racked up more than 15,000 signatures,” reports Block Club Chicago. “Illuminarium, which uses projected images, sound, scents and vibrations to give paying visitors the sense they are in different places, like Africa [is imminent]. The change has already been approved by the city.”

West Town’s The Chipp Inn chronicles a facelift: “There haven’t been many changes to this building over its nearly 150-year existence, however, the asphalt siding dating back to the late 1950s required replacement. The new siding more closely approximates the original clapboard and allowed us to bring back the crown molding over the windows as well as the corbels beneath the front soffit.”

Eater is on it: “Remy is, of course, an animated talking rat, and this is a movie that presumes, among other things, that a human body is an elaborate marionette operated by hair. I know the lightning cheese mushroom is not realistic. But it looked so enticing, like a crunchy balloon, or like if Eleven Madison Park made a Cheeto. I would very much like to taste an exploded mushroom. So to that end, I nearly set my house on fire.”

“The Reversal” On The River

An installation screening of the documentary short “The Reversal” will be held Thursday night on the Chicago River downtown, at the McCormick Bridgehouse & Chicago River Museum, presented by Illinois Humanities, Northwestern’s Block Museum, Experimental Sound Studios and Friends of the Chicago River. The short takes place at the turn of the nineteenth century, “as the city of Chicago razed a continental divide and reversed its namesake river in the name of progress, forever linking it to the Illinois and Mississippi watersheds.” “The Reversal” animates thousands of archival photographs with an original soundscape to suggest “the formation of our contemporary planetary crisis through the invisible infrastructural history of an urban river.” More here; tickets here.

“The Great Rebuilding is often cited as a testament to the indomitable spirit of Chicago. It may also shed some light on the way forward, 150 years after the fire, as the city looks to recover from the COVID-19 pandemic, which has left the future of its downtown in doubt once again,” reports the Trib in a multimedia package.

“A former assistant producer for WTMX-FM’s… ‘Eric in the Morning’ show has sued host Eric Ferguson, alleging he abused his power as the radio station’s ‘anointed sacred cow’ to coerce sexual favors early in her career, then blocked promotions as punishment after she refused to resume an ‘unwelcome sexual relationship,'” report Tracy Swartz and Christy Gutowski at the Trib. “In a Cook County lawsuit filed in May, Cynthia DeNicolo contends the Radio Hall of Famer orchestrated her dismissal nearly sixteen years after she stopped providing oral sex about twice a month in response to Ferguson’s demands, for which he allegedly used the code words ‘I need a backrub.’ DeNicolo alleged… that Ferguson taunted her with the phrase throughout her tenure at the station, which ended in May 2020. He also berated her in front of other workers and demanded personal favors, such as [babysitting] his children for a decade beginning in 2003, leading her to be known around The Mix as ‘Eric’s babysitter,’ the suit said.”

Jim DeRogatis at The New Yorker: “Twenty-five years ago, Tiffany Hawkins, a young woman from the South Side of Chicago, approached the Illinois State’s Attorney Office to press criminal charges against R. Kelly. She claimed that the R. & B. star had sexually abused her when she was a minor, but the office was not interested in pursuing the charges. ‘I was a young Black girl,’ Hawkins told me… ‘Who cared?’… After decades of accusations and a five-and-a-half-week trial in federal court, in New York, Kelly was found guilty of all charges, including racketeering, sex trafficking, bribery and the sexual exploitation of a child. Kelly’s case, arguably the most high-profile sex-abuse trial in the history of the music industry, marks the first major prosecution in the #MeToo era on behalf of victims who are primarily women of color. Kelly now faces a possible sentence of ten years to life in prison.”

Reports the New York Times: “After nine hours of deliberations, the jury in the singer’s criminal trial in federal court in Brooklyn convicted him of racketeering and eight violations of an anti-sex trafficking law, after beginning its deliberations Friday afternoon. Mr. Kelly now faces the possibility of decades in prison. The high-profile trial was the first of the Me Too-era where a large majority of the defendant’s accusers were Black women, and the trial was widely seen as a test of the inclusivity of the broader movement to hold powerful men accountable for sexual misconduct.”

The Tribune’s Jason Meisner and Megan Crepeau: “Dressed in a navy blue suit and light blue tie, Kelly sat still and stared straight ahead as the verdicts were read shortly after 2 p.m. Chicago time. As the jury left the courtroom, Kelly, who was wearing a face mask, stood and clasped his hands in front of him but showed no outward emotion. After the proceedings were adjourned, Kelly whispered something to one of his lawyers before being led from the courtroom with his hands behind his back… In a brief news conference in front of the courthouse… acting U.S. Attorney Jacquelyn M. Kasulis said the jury had ‘delivered a powerful message to men like R. Kelly’ that eventually their crimes will catch up to them… Today’s verdict forever brands R. Kelly as a predator who used his fame and fortune to prey on the young, the vulnerable and the voiceless for his own sexual gratification… A predator who used his inner circle to ensnare underage girls and men and women for decades in a sordid web of sex abuse, degradation and humiliation.”

Marc Caro’s 2017 profile of Jim DeRogatis: “Over the past 17 years, the city’s loudest rock critic has been consumed by an increasingly high-profile undertaking: investigating the allegations of sexual abuse against R&B star R. Kelly.”

Music critic Britt Julious: “Multiple generations of Chicago women and girls have had to face this menace with no escape. Every black girl I know who grew up here has an R. Kelly story. EVERY ONE. I am glad those who have felt pain and faced trauma for DECADES may find peace with this verdict.”

“Chicago’s four-day rock, punk and hip-hop music festival, which moved to Douglass Park in 2015 after residents campaigned for its removal from Humboldt Park, is a source of disagreement within the neighborhood,” the Trib assays. “Some who live nearby enjoy the festival, saying it brings jobs, economic investment and the opportunity to see an eclectic lineup — residents who live within four blocks of the festival can get free tickets. Others stress that the private festival blocks off access to parts of the neighborhood’s public park for weeks, bringing with it concert noise, congestion and damage to the park itself.”

Donizetti’s comedy, “The Elixir of Love,” will be led by Lyric’s music director Enrique Mazzola in a new-to-Chicago production directed by Daniel Slater. More here.

Chicago Children’s Choir, a nonprofit organization that unites youth from diverse backgrounds to become leaders through music, announces the return of Red Jacket Optional, in person for the first time since 2019. The evening will feature performances by CCC ensembles alongside high-profile artists, including Kurt Elling, singer-songwriter Natalie Bergman, Eurovision’s Vasil Garvanliev and opera singer Jonathan Green. Chicago Children’s Choir ensembles will captivate audiences with a set of numbers in multiple musical styles, including the world premiere of the original composition “Still Here,” by the Choir’s composer-in-residence W. Mitchell Owens III. The event celebrates the Choir’s sixty-fifth anniversary and invites audiences to “Imagine” a more harmonious world. The concert will take place at The Geraghty, 2520 South Hoyne on October 16, with the free livestream starting at 8:30pm here.

“Stage and screen veteran Lois Smith, a Steppenwolf Theatre ensemble member, won her first Tony Award on Sunday for her brief but memorable performance in ‘The Inheritance,'” reports the Sun-Times. “At 90, she is the oldest person ever to win a Tony for acting… In her acceptance speech, Smith said, ‘There’s a famous two-word message from “Howards End,” which is so apt, I think, tonight for all of us who are here celebrating the importance, the functions, of live theater: ‘Only connect.'”

Shattered Globe Theatre, in association with Interrobang Theatre Project, returns to live performance with the Chicago premiere of Chloë Moss’ drama “This Wide Night,” directed by ITP artistic director Georgette Verdin, from October 8–November 13 at Theater Wit. “This gutsy story of female friendship and winner of the 2009 Susan Smith Blackburn prize is inspired by real accounts of women in a UK prison. ‘This Wide Night’ holds and humanizes two formerly incarcerated women in an isolated studio that may or may not be equipped for real freedom.” More here.

“Love In The Time Of Jonestown” Tunes In

The New Coordinates (formerly The New Colony) launches its season with the world premiere of “Love in the Time of Jonestown – A Radio Play.” “Sinister and seductive, this brand-new audio experience by ensemble member Omer Abbas Salem and directed by Sophiyaa Nayar explores the splendid ache of acceptance and the profound bliss of betrayal.” Tickets go on sale Monday, October 4 here.