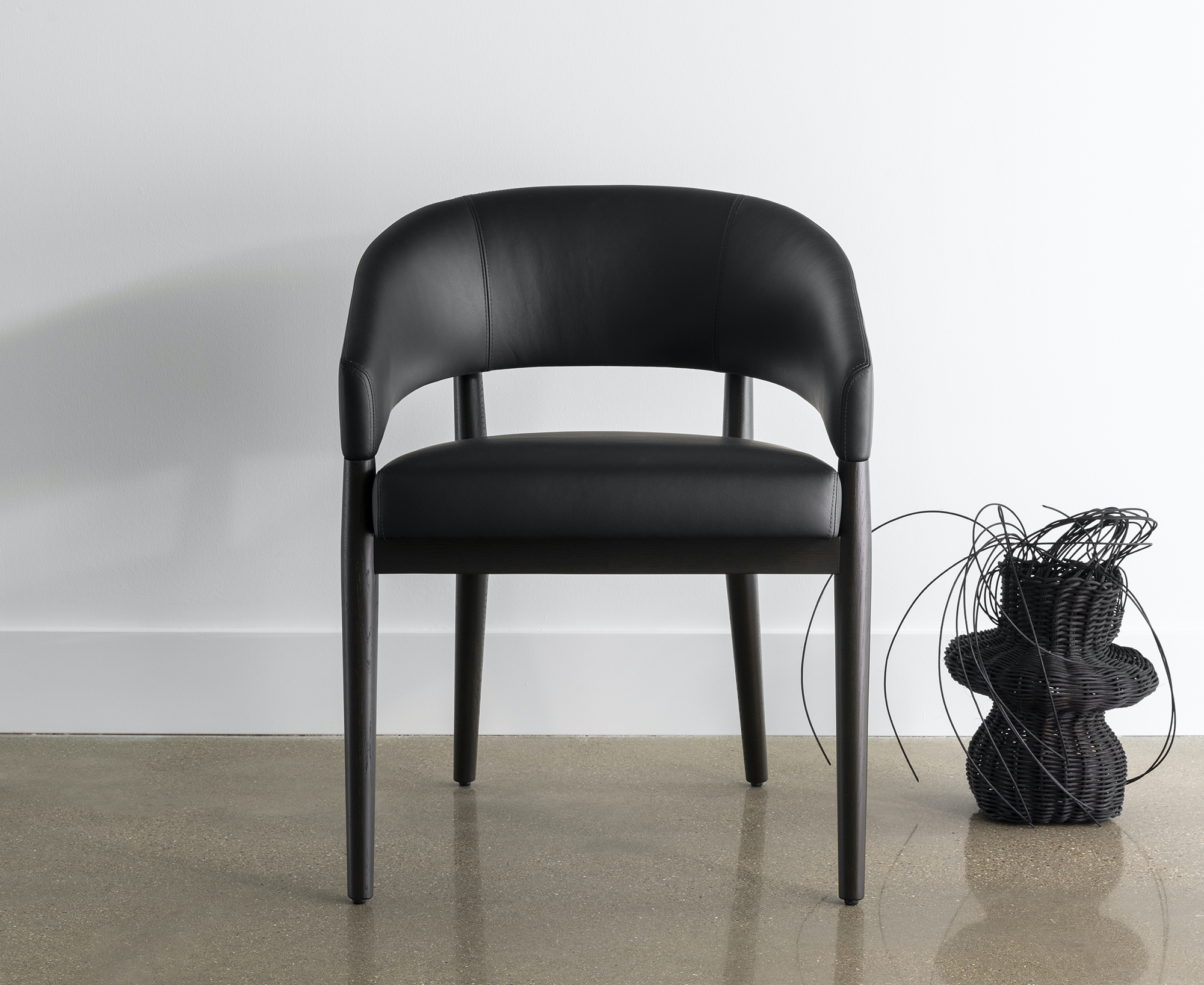 Former Tribune Tower Will Feature “The Museum Of Ice Cream”

“The Museum of Ice Cream, the ice cream-themed art installation that kicked off the trend of Instagram ‘museums,'” will be the anchor tenant of the former Tribune Tower on North Michigan, reports Eater Chicago. The space will also encompass a speakeasy-style bar and restaurant and a mini-golf course. The 13,544-square-foot space “will contain fourteen installations, including a ball pit-style pool filled with antimicrobial plastic sprinkles, a signature attraction at every MOIC… The owners are tailoring the Chicago museum to reflect the city: Visitors will enter through an El stop and ride a train inside—another ‘Pink Line,’ fitting with the museum’s signature color. There will also be a jelly bean-filled replica of ‘Cloud Gate’… and an ice cream confection shaped like a Chicago-style hot dog.” The location “will also contain an educational exhibition of historic ice cream memorabilia, a first for the MOIC franchise.”

Art on theMART, in partnership with the Chicago Department of Cultural Affairs and Special Events has announced the next projection for the riverside façade of theMART. “Shaping the Future” is a projection that celebrates visual art, dance and music created by students in Chicago’s After School Matters program. The projection premieres on November 26 at 7:30pm. In commemoration of the thirtieth anniversary of ASM, the organization asked local artist and educator Lisa Glenn Armstrong to create a projection documenting the creative work of Chicago teens from the past three decades. “Shaping the Future” uses mosaics as a framing structure that draws on the technique of bricolage, combining materials and media in the spirit of community and collaboration to weave together a final piece that features teen performances, murals and original music, the group reports. These mosaics are accompanied by music composed by the After School Matters Future Music Creators program led by instructor Gerald Bailey. More here.

“The health and safety concerns expressed by our community of dealers, collectors, and cultural partners have led us to the difficult decision to postpone the November 2021 edition of Intersect Chicago / SOFA,” the group says in a release. “We appreciate the support and interest we received in planning the event [and] we will continue to bolster our Chicago-area partners.” More here.

“The notoriously dangerous intersection of Logan Boulevard and Western Avenue, which claimed the lives of at least two cyclists in the past 15 years, now has bike lanes — and more safety fixes are coming,” reports Block Club Chicago.

The city has awarded the construction contract for a new CTA Green Line Damen station at Lake and Damen, reports YIMBY. “The stop has been long-discussed for the growing West Side area, and to serve major events at the nearby United Center, which will allow for [fewer] vehicle bottlenecks on the surrounding streets. The contract has been awarded to local construction company F.H. Paschen, which has extensive experience with projects across Chicago airports, parks, schools and transportation.”

After a year and a half in the works, Maxine Snider launches a new website. “It showcases our coveted furniture collection and new introductions in big, bold imagery while keeping key information prominent and maintaining the ability for trade members to access unpublished information including pricing,” the company says in a release. “Maxine Snider Inc. is under new leadership with Bridgette Buckley as principal and director of design. Founder Maxine Snider, who has devoted her professional life to design, serves as mentor. Commenting on the partnership, Buckley said: ‘Building on the foundation Maxine has created is energizing and a privilege. Adding pieces that are fresh and modern but rooted in classic eras will align seamlessly with the spirit of the company, which honors the past but embraces the future.’ With the first product introductions since 2019, Maxine Snider Inc. announces three new pieces, the Hugo Cabinet, Ring Drink Table and the Vera Chair. Our boutique firm, Maxine Snider Inc., designs and produces a coveted furniture collection, customized for fashionable homes, hospitality, corporate offices, and public spaces. Each piece is individually crafted and hand-finished in America’s Midwest.”

Petterino’s in the Theatre District has reopened as part of The Good Plate Hospitality Group, with a refreshed interior, expanded outdoor dining area and revised food menu and beverage program, the restaurant relays. Petterino’s brought on executive chef Ozzy Amelotti to bring his own recipes and spin on favorites: Amelotti adds his take to classic Petterino’s dishes like Prime Meatballs, Chicken Piccata and Bone Marrow Risotto Milanese. Petterino’s now offers diners items like black Angus cheeseburgers, pastas made in-house and pizzettas to reach audiences outside of theatregoers. More here.

Home Run Inn reports on its efforts to feed more than 100,000 people during October National Pizza Month in a release. “A portion of proceeds from frozen pizza and restaurant sales will be donated to Feed My Starving Children (FMSC), supporting the distribution of food to children and families in underdeveloped countries. Home Run Inn employees will also donate their time to pack meals at FMSC in October, feeding 87,000 individuals. In addition, Home Run Inn will donate pizzas to Northern Illinois Food Bank, feeding over 20,000 people to support local communities. ‘The Home Run Inn family remains dedicated to giving back to those in need and National Pizza Month is an important time to uphold our core family values,’ says Gina Bolger, senior vice president of branding and third-generation family member of Home Run Inn.”

“For the first time in sixty-five years, the ownership rights to the Bozo character have been sold,” reports WGN-TV, “to actor David Arquette. He’s been a lifelong fan of the character and purchased the rights from Harmon Productions, who bought it from Capitol Records [which] created Bozo back in 1946.”

Donations are requested for a seed library being established at the Uptown Branch Library, 929 West Buena, in cooperation with Ginkgo Gardens, reports Uptown Update. “Harvest seeds from your plants this fall, put seeds in an envelope labeled with the name of the plant, and bring them to the library. Next spring, library patrons can borrow seeds and continue the cycle. Seeding is fundamental!”

AT&T Key To Rise Of OAN

One America News network, competing against Fox News for the same viewers, owes its growth to AT&T, reports Reuters in a two-part piece. “As it lauded former President Trump and spread his unfounded claims of election fraud, One America News Network saw its viewership jump. Reuters has uncovered how America’s telecom giant nurtured the news channel now at the center of a bitter national divide over politics and truth.”

The Reader At 50 At The Newberry

“The Chicago Reader at 50: A Half-Century of Revolutionary Storytelling” is an exhibit at the Newberry Library that commemorates the paper’s fiftieth anniversary through a multimedia display of stories, photographs, cartoons and other materials. More here.

Six stations owned by iHeartMedia Chicago will team for the fifth annual Sista Strut Pink Celebration on Saturday, October 9. The stations include 107.5 WGCI; V103; Inspiration 1390; 103.5 KISS FM; 93.9 LITE FM and Rock 95 FIVE. The 3K breast cancer walk will benefit the Sisters Network Chicago, Inc., a Black breast cancer survivorship organization. “I am so thankful that iHeartMedia Chicago’s stations can champion this important cause,” Matt Scarano, president of iHeartMedia Chicago says in a release. “Our brands are the foundation of the Chicagoland community and provide a tremendous outlet to create awareness and encourage support finding a cure for breast cancer.”

M.A.D.D. Rhythms And The Tap Scene In Chicago

Reports Dance Magazine: “Ask almost anyone in the know and they’ll tell you, as far as tap dance goes, that Chicago’s the place to be. The scene is teeming with extraordinary hoofers who are steeped in experimentation and individual artistry. Dancers seamlessly intermingle with Chicago’s top-shelf musicians at storied jazz clubs across the city. ‘Chicago is “The Second City,” but we’re the first city of rhythm,’ says Mark Yonally, artistic director of Chicago Tap Theatre. ‘M.A.D.D. Rhythms is a big reason why that’s true.'”

“Let’s remember that Ken Griffin brought you Bruce Rauner,” Governor Pritzker said Tuesday, reports the Trib. “During Rauner’s single term, funding for violence prevention programs and other social services was cut off as the state went more than two years without a complete budget amid a standoff with the Democratic-controlled legislature over the governor’s pro-business, union-weakening agenda. ‘I am very focused on the safety and security of the city of Chicago, the state of Illinois. I’ve increased significantly the resources, trying to build back from what Bruce Rauner did—with the support of Ken Griffin—to our state by increasing dollars to violence interruption, violence prevention programs, by investing in our communities.”