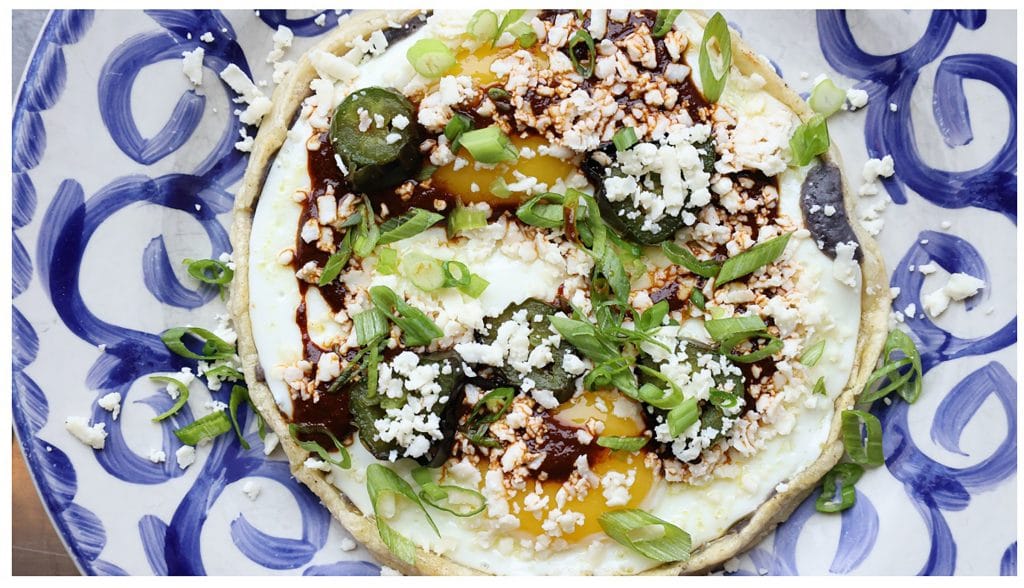 “Lajuana Lampkins never thought she’d exhibit her art in a gallery. For years, Lampkins has sold paintings on street corners in Wicker Park, where she’s become a neighborhood fixture,” reports Block Club Chicago. “On Saturday, Lampkins will display her work in a gallery space in Bucktown for the first time… ‘It’s just so exciting, I can’t even put it into words.'” The show, at 2000 North Milwaukee, opens at 7:30pm.

Chicago Artists Coalition has announced the recipients of the 2021 ENVISION grant for Chicago-based artists working in the field of time-based digital and electronic art: Jessica Tucker and Julia Arredondo. Tucker and Arredondo have been awarded unrestricted grants of $2,500 each for their demonstrated artistic excellence. The ENVISION Grant, in its second year, is made possible by a partnership with the Carl & Marilynn Thoma Foundation. More about the foundation here.

Now in its eighth cycle, MAKE’s Lit & Luz Festival of Language, Literature and Art continues to support the creation of new art through international collaboration, and make space for conversation between residents of Mexico and the United States. Writes the event, “This year’s festival theme, ‘Structure,’ considers the physical structures that house us, political and societal structures that surround us. During the day, the festival will present virtual programs with a range of participants and topics.” In the evening, the festival will offer in-person programs at venues throughout Chicago. The hybrid festival runs November 1-6 with more than a dozen free, bilingual events. More here.

“Reunion, a femme-, queer- and people-of-color-centered event space, gallery and ‘project incubator,’ is closing next month, ending a nearly six-year run in Humboldt Park,” writes Block Club Chicago. “Founders Kristen Kaza and Elijah McKinnon have decided not to renew their lease at 2557 West North and instead move on to other pursuits.” There will be a final exhibit in November. More here.

“Time Out has ranked Chicago’s Andersonville community the second ‘coolest neighborhood’ in the world—and number one in the U.S.—in its fourth annual ‘World’s Coolest Neighborhoods, list,” reports the Andersonville Chamber of Commerce in a release. “The historic North Side corridor ranked second only to Nørrebro in Copenhagen, among forty-nine neighborhoods worldwide. According to Time Out, more than 27,000 city-dwellers around the world were asked to nominate their city’s coolest, most underrated and most culturally exciting neighborhood. To create and rank the final list, Time Out’s local expert editors and writers rated neighborhoods for great vibes, food, drink, nightlife, emerging culture, community spirit and resilience. They also considered sustainability and innovative green initiatives along with other quality of life factors that promote stress-free living.” The full list, which includes an Andersonville guide, is here.

Nine-time James Beard Award-winning One Off Hospitality group (avec, The Publican, The Violet Hour, Big Star) is ready to reopen Dove’s Luncheonette, the collective’s retro-inspired tribute to Chicago diners. Doors open Monday, October 11 at 9am at 1545 North Damen, with its 45s-stacked jukebox and a refreshed daytime menu of Southern-inspired Mex-Tex comfort dishes, mezcal-focused cocktails and more. “When we opened Dove’s in 2014, our idea was to provide the Wicker Park neighborhood with a chill place to grab a seat, some delicious food and a great drink,” One Off chef and partner, Paul Kahan says in a release. “Since the pandemic hit, our team is often inside the Luncheonette for meetings, and it’s really awesome to see folks knocking on the doors and windows asking us when we’re going to open again. We know people are really excited about this concept making it through the pandemic, and we couldn’t be happier to see that we’ve become a fixture in the neighborhood for many Chicagoans.” Dove’s is taking over the Big Star taco truck on Sunday, October 10, setting up shop outside of the Wicker Park Farmers Market and serving free mini chicken-fried chicken sandwiches to the first 250 customers. “Set to the sounds of Dove’s nostalgic in-house soundtrack, streamed via Spotify and available as a take-home keepsake for all who scan the QR code available at the truck, the team will welcome back the community they dearly missed over the past months.”

Esmé “Cheeto” Gets Another Hand

As fine-dining Esmé opens, one snack gets Amy Cavanaugh’s applause: “My first bite at Esmé is a Cheeto. Specifically, it’s a housemade Cheeto, one that’s been extruded from a machine constructed by Esmé employees, stuffed with corn pudding, and served with a glass of Champagne. It’s the kind of opening shot that tells me, first: God, I love Cheetos; and second: This dinner is going to be fun… [I]t’s clear this is a restaurant that knows what it wants to be.”

“Back in July, ownership at Replay Lincoln Park told staff they were mandating vaccines for their team of about thirty,” reports Eater Chicago. “Owner Mark Kwiatkowski says it was the right thing to do as the bar, known for its pop culture pop-ups, continued to operate… On September 23, Replay began requiring proof of vaccination and masks for entry. Kwiatkowski says he isn’t sure if it was due to poor communication, but his customers didn’t get the message. Last week, Kwiatkowski says his staff turned away about forty customers a day. On the weekend, that number inflated to a hundred, costing Replay ‘tens of thousands of dollars,’ Kwiatkowski says. Communicating policies to the public is yet another new obstacle the bar and restaurant industry is dealing with during the pandemic.”

The Los Angeles Times breaks down what’s at stake if IATSE makes a strike call on behalf of film and television crews: “For the first time in its 128-year history, the usually-acquiescent union voted overwhelmingly to support a nationwide strike if no deal is reached with the studios…The union is seeking improved pay, especially for streaming productions; more rest periods to reduce long hours of filming; and higher contributions to the union’s health and pension plans. ‘I don’t think anyone wants a strike, but everyone wants a fair contract,” said Michael Miller, IATSE vice president… who is on its negotiating team. ‘The studios have not put us in this position before. It’s surprising for us because many of our core issues that they refuse to address shouldn’t cost them a penny.’ The Alliance of Motion Picture & Television Producers, which represents the major studios, declined to comment.”

“Timuel Black, the civil rights activist, historian and centenarian from Chicago’s Black Belt, has entered hospice care,” reports Block Club Chicago. “Black is getting care in his Drexel Boulevard home, according to a GoFundMe organized Wednesday by Lisa Yun Lee, a cultural activist and executive director of the National Public Housing Museum.”

“Building from the success of 2020’s ’96 Hours’ festival, Links Lab is the latest performance-media event in ongoing projects devised by dancers, performance artists, storytellers, songwriters, filmmakers and cinematographers, technologists, designers and multidisciplinary visionaries,” Links Hall says in a release. “Starting this Friday, two teams of makers will craft brand new works about ‘Journeys’—journeys we’ve taken, journeys we’re on, and journeys yet to come. With only fifteen days to create, rehearse, and premiere a new work for both live and virtual audiences at Links Hall—anything can happen in this performance pressure cooker. Will there be enough time? Too many cooks in the kitchen? Delicious revelations on the present state of hybrid performance?” The event will be in-person at Links Hall October 22- 23 and online October 23-24. More here.

The Actors Gymnasium On Its Diversity And Inclusion Efforts

The Actors Gymnasium writes of its “new diversity, equity, inclusion and belonging commitments”: “We believe that everyone, no matter their race, gender identity, sexual orientation, age, socioeconomic status, and ability should feel welcome when interacting with our organization… Thirty-six members of our staff, board, and faculty have been working with Jessica Vann at Creative Spaces Consulting this year to develop a DEIB strategic plan. Over the last year, through a series of workshops and targeted breakout sessions, we examined our practices in three groups: policies/procedures, curriculum/programming, and marketing. Through this process, we’ve created an initial list of commitments to help Actors Gym better align its organizational practices with the change it seeks to make in the world. In order to provide visibility and invite community feedback, we’ve published our commitments online” here.

The Auditorium Theatre has announced the eleventh year of ArtsXChange, the immersive yearlong professional development mentorship opportunity for educators (grades 2-8) who want to integrate arts-based learning into existing curriculum using arts-learning strategies in their classrooms. The ArtsXChange program teaches non-arts educators how to use the performing arts in their classroom to boost student achievement. Each teacher receives a year-long mentorship with an Auditorium Theatre teaching artist mentor. The objective of the ArtsXChange mentorship is to support teachers as they work to become self-sufficient in infusing more arts-based learning opportunities in their classrooms. Teachers cover subjects including math, reading, ELA, science, and social studies, to name just a few. ArtsXChange classrooms also attend three performances in the Auditorium Theatre’s Student Matinee Series each school year. More here.