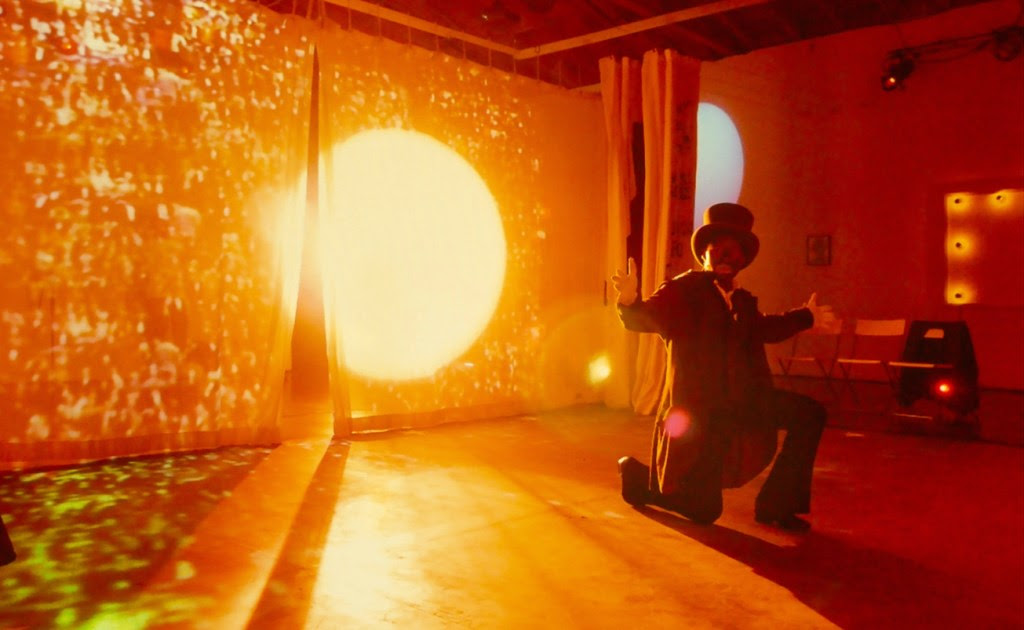 ENGAGE Projects presents “Our Solo Show,” a group exhibition that features an eclectic roster of artists “confronting what it truly feels like to live and exist with art.” The show marks Sharon Louden’s first “solo” exhibition at ENGAGE Projects. Louden opted to share the show with fellow artists Hasan Elahi, Edgar Arceneaux, Jean Shin, Melissa Potter, Miguel Luciano and Alpesh Kantilal Patel. As with her most recent exhibition at Signs and Symbols Gallery in New York, where she created an immersive and inclusive environment with artist and writer Hrag Vartanian, Louden is collaborating with colleagues “who wear multiple hats, always challenging and redefining the art world. With commitments spanning academia, foundations, nonprofit organizations, galleries and other unique institutions, these luminaries and thought leaders will come together in a visual conversation with Sharon to create an inclusive ‘living room’ populated with furniture where art lives naturally in an open, welcoming environment… This shared solo show will create a space that acts as a comfortable, joyous and welcoming community with works available at multiple price points, from paintings, sculptures and installations to drawings, wallpaper and stationery.” More here.

Mary Simpson “No Island Is An Island” Opens At Haynes Court

A show of new work by artist Mary Simpson will run October 16-November 28 at the Haynes Court project space in Bridgeport. “The paintings were all made during the past three months, the summer my mother died. They are named after narrators from books I read during this time, all women who are unapologetic: Edie (from Raven Leilani’s ‘Luster’); Esther (from Sylvia Plath’s ‘The Bell Jar’); Elena (from Elena Ferrante’s ‘The Neapolitan Quartet’); and Joan (from Lisa Taddeo’s ‘Animal’). They are unapologetically hungry, horny, hustling and bloody. Their voices propelled my work like the beating of a thinking heart.” More here.

Developer Henry Street Partners has applied for a redevelopment permit for the Cenacle Retreat and Conference Center at 513 West Fullerton in Lincoln Park, reports Yimby. “The application came to the Commission on Chicago Landmarks as the existing complex stands inside of the Mid-North Landmark District, which was created in 1974 to protect nineteenth century buildings in the area… Built in 1967, seven years prior to the creation of the landmark district, the multi-building complex is considered non-contributing under the guidelines of the commission for the land. Designed by Chicago architect Charles Pope, the brick-clad modernist structure replaced the previous housing buildings the [Cenacle] sisters had been using since the 1920s. Large courtyards, sleek vertical brick extrusions, and detailed patterned walls, are some of the highlights of what the AIA Guide to Chicago calls ‘an example of the warm side of clean, quiet modernism in brick.'”

“Hoping to catalyze change in one Chicago neighborhood, Fifth Third Bank is investing $20 million in South Chicago, the shell of a steel town left standing after the massive South Works plant closed nearly thirty years ago,” reports Robert Channick at the Trib. Fifth Third’s investment “includes $2 million in grants and $18 million in affordable financing for everything from housing to small business loans… The three-year neighborhood investment program will partner with Claretian Associates, a thirty-year-old South Chicago nonprofit community development corporation.”

Reward Of $1,000 Offered For Return Of Danny’s Tavern Schlitz Neon

A person identified only by an email address is offering a $1,000 reward for information leading to the recovery of the lost landmark of the “Schlitz On Tap” neon sign at the former site of Danny’s Tavern in Bucktown, reports Block Club Chicago.

“Central Park Bar has replaced Mr. ZJ’s at 2924 North Central Park and the previously empty lot next door,” reports Block Club Chicago. “With its eighty-year-old wooden bar and wood paneling, the bar is designed to feel like a neighborhood spot that’s ‘been here forever,’ owners said in a news release. The watering hole has a 3,500-square-foot outdoor patio with a full bar.” The proprietor is Four Entertainment Group, “which owns and operates aliveOne, Easy Bar, Estelle’s, Remedy and The Owl, as well as other spots in Columbus, Cincinnati and Kentucky.”

Millennium Park Visitors To Get New Food And Beverage Options

Visitors to Millennium Park will have more food and beverage choices with a $2.5 million investment to reopen and rebrand the Park Grill restaurant, notoriously “clout-heavy” under prior mayoral administrations, reports the Sun-Times. “Eleven North Hospitality will serve as Millennium Park’s concessionaire, with renovations already underway at the 140-seat restaurant behind the skating rink.” Among the offerings? “A café serving Mexican food across from the wildly-popular Cloud Gate sculpture — better known as “The Bean” — that has emerged as one of Chicago’s favorite meeting places.” The article includes alarming detail of sweetheart dealings at the site during the Daley and the Emanuel administrations.

“The Portillo’s restaurant chain plans to raise up to $405.4 million in an initial public offering of its shares,” reports the Sun-Times.”Portillo’s, based in Oak Brook, is selling a minority stake in a business that has withstood the pandemic… Financial results show the purveyor of Chicago-style hot dogs, burgers and Italian beef sandwiches has posted increasing revenue and profits despite a hit early in 2020 from shutdowns.”

Countering The Assertion That Theater-Only Screenings Of Movies Are Elitist

“How is it that a quintessentially democratic cultural activity—buying a ticket and some popcorn and finding a seat in the dark—has been reclassified as a snobbish, specialized fetish?” asks A. O. Scott at the New York Times. “The answer, I think, is a form of pseudo-populist techno-triumphalism that takes what seems to be the easiest mode of consumption as, by definition, the most progressive. Loyalty to older ways of doing things looks at best quaint, at worst reactionary and in any case irrational. Why wouldn’t you put your movie out there where everyone could see it? Everyone, that is, who subscribes to a given streaming platform or pays retail for video on demand. Netflix is not a public utility. Furthermore, the universal accessibility that is part of the ideology of streaming looks in practice more like a kind of invisibility. If you can watch a given movie whenever you want, you never have to watch it at all.” More at the link.

Luis Alberto Urrea [Newcity Lit 50] will be the eleventh Chicago author to receive the Chicago Literary Hall of Fame’s Fuller Award. He is recognized for his lifetime achievements as an author, teacher and activist. Live audience will be limited to 150 fully vaccinated, masked people; the virtual audience is unlimited. Rick Najera is emcee; Sara Paretsky, Daniel Borzutsky and Dave Eggers will offer tributes; actress Laura Crotte will perform a dramatic reading; and Coya Paz will lead a conversation with the author. A 2005 Pulitzer Prize finalist for nonfiction and member of the Latino Literature Hall of Fame, Urrea is the critically acclaimed and best-selling author of seventeen books. The event is free and open to the public, with live attendance at the National Museum of Mexican Art and livestream via Zoom, Thursday, October 28, 6pm. Registration is required here.

A tweet from a WMAQ-TV reporter using the term “Housing Provider” prompts Adam Johnson of The Column to try to understand the chosen nomenclature and discovers that Chicago media is rife with the coinage in all kinds of coverage of the housing and eviction crisis. “‘Housing provider’ is used four different times in another October 3 CBS Chicago article celebrating the end of the eviction moratorium. The Sun Times, Patch Chicago, the Daily Herald and the aforementioned NBC News Chicago have all used the real estate lobby euphemism ‘housing provider’ in recent months.”

One week ahead of the Illinois legislative veto session, musician and founder of FREEAMERICA, John Legend, has written a letter to Illinois lawmakers asking for support of Senate Bill 828 (SB828), “Voting in Prison.” Legend writes, “While Illinois has been a leader in voter access, the current practice of disenfranchising people in prison is a remnant of racist policies and practices in the state’s history. Currently there are roughly 30,000 people in Illinois prisons who are unable to vote. Of them, 55% are Black although Black people only make up about 15% of the total Illinois population. The disproportionate disenfranchisement of Black people is part of a long national legacy of passing laws to silence Black voters. Illinois’ democracy has yet to reach its full potential, but when it does other states will follow its lead.” It’s part of an initiative with Chicago Votes.

The West Ranch Can Be Yours For $11.8 Million

Kanye West has put his ranch and business properties in northwestern Wyoming up for sale, reports AP. “The West Ranch, formerly known as Monster Lake Ranch, went on the market for $11 million. The property sprawls across six square miles of open land and tree-studded hills and outcrops about six miles south of Cody. The property features lakes, a lodge, commercial kitchen, equipment sheds, horse facility, corrals and go-kart track… The listing came days after West listed his seven commercial properties in Cody for more than $3.2 million.”

Tony Award Winner and multi-Tony nominee André De Shields will be honored by the Sarah Siddons Society when he is presented the organization’s sixty-sixth Actor of the Year Award at their benefit on October 25 in Chicago. The 2021 benefit will include an interview between De Shields and Ed Tracy; congratulatory messages from influential individuals in his life; musical selections from many of his shows under the musical direction of David Fiorello; and the induction of the Sarah Siddons Society 2021 Scholarship Recipients. “We feel it is especially meaningful that Chicago’s oldest and most prestigious theater award is going to such a deserving and accomplished actor as André De Shields in the city where he made his professional debut and has given stellar performances with so many legendary theater companies over the years,” Martin Balogh, the president of the Sarah Siddons Society says in a release. Details here.

Aguijón Theater Company announces the world premiere of “La gran Tirana (descarga dramática)” [The Great Tyrant (A Dramatic Descarga)] by Rey Andújar and  conceived and directed by Sándor Menéndez. Described as “a love letter to the sounds of the Caribbean,” the play opens Aguijón’s 2021-2022 season and is presented as part of CLATA’s fourth Destinos Chicago International Latino Theater Festival. Details here.

“More than half of UK theaters that offered online performances during the pandemic have reverted to in-person shows this autumn, raising concerns that improved accessibility for disabled audiences could be lost,” writes the Guardian. “Research has found that 56% of publicly subsidised theaters that had at least one online performance during the first eighteen months of the pandemic have none scheduled for the autumn season. ‘Digital programming has led to significant access benefits, especially for geographically remote and disabled audiences,’ said Richard Misek, of the University of Kent… ‘The suddenness and the extent of this snap back to in-person-only performances raises an important question: what are the implications not only for remote and disabled audience members, but also for D/deaf and neurodivergent audience members, vulnerable, elderly and housebound audience members, carers, night workers, those who can’t afford to visit a theatre, those who feel going to a theatre is ‘not for them,’  and many other potential audience members for whom physical attendance may be difficult or impossible.'”

The site contains woodland, upland, prairie and wetland habitats that combine to offer a high-quality birding site. “The total cost to restore, monitor and study this preserve is substantial. The partnership with Illinois Audubon Society and the Lake-Cook stewards will be a critical component in achieving our restoration goals at this location,” John Sentell, president and CEO, Lake Forest Open Lands Association says in a release. The grant will provide funds to continue a variety of critical habitat restoration activities, including invasive species removal, prescribed burns, native planning and species inventories, that will create quality open space as well as an improved environment for both resident and migrating birds.