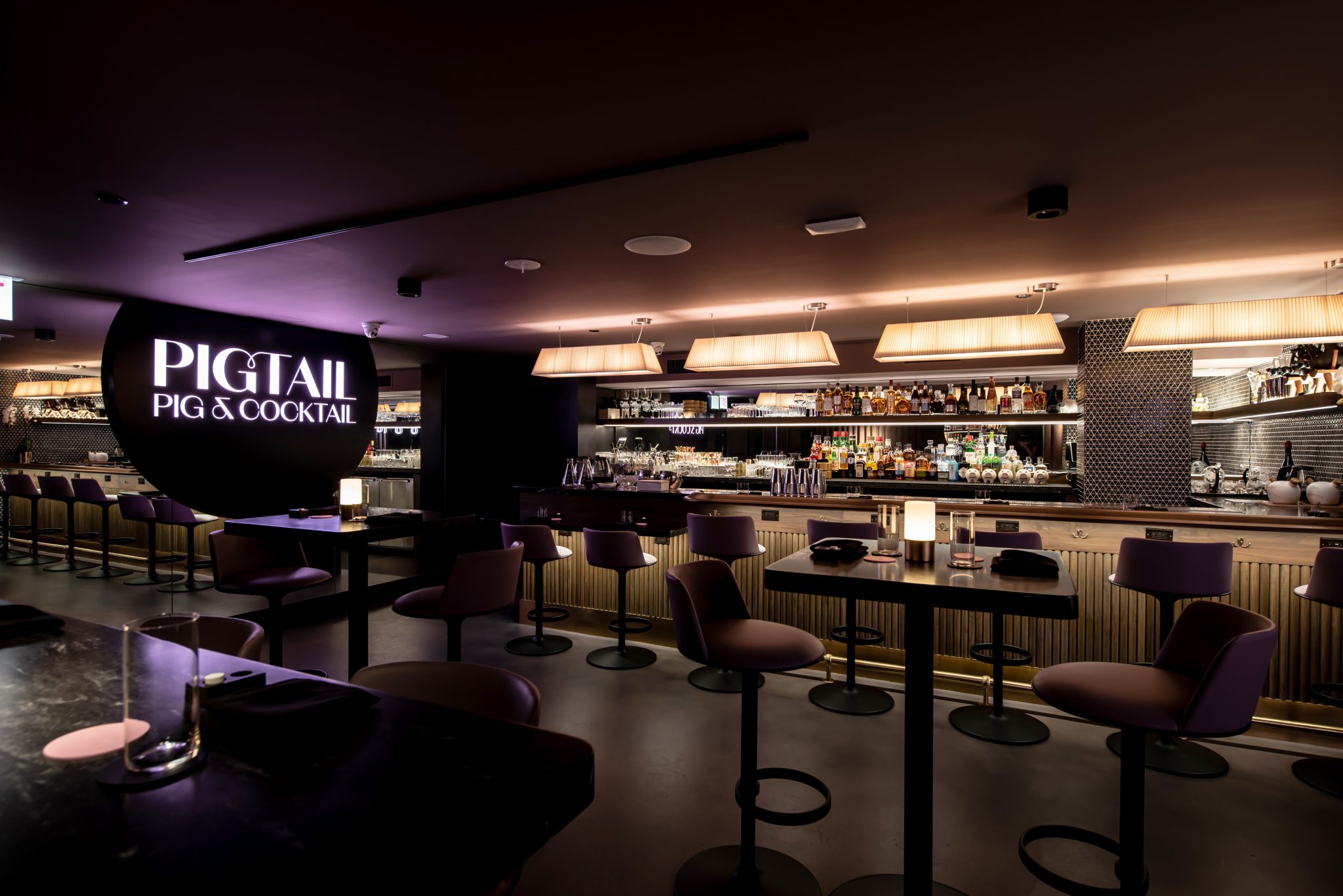 ARTnews reports on what it takes to keep the thousand-plus-piece collection of groundbreaking art work of Carl and Marilynn Thoma up-to-date. “One such work, a favorite of Carl’s, is John Gerrard’s ‘Oil Stick Work’ (2008), in which a simulated character named Angelo Martinez gradually, over the course of years, paints a barn in an isolated Midwestern field. The work is programmed to unfold until 2038. Gerrard made it using software produced by a company that has since gone out of business. Thoma employs two full-time conservators to keep such pieces up-to-date; they teamed with Gerrard to get ‘Oil Stick Work’ back up and running by working meticulously on its source code. ‘It’s an issue before you buy a piece of art—how you can keep it working,’ Carl Thoma said.”

What Are Collectors Buying This Year?

ARTnews surveys what the top 200 collectors have bought lately, including work bought by Vancouver collector Bob Rennie: “Known as one of the foremost collectors of Kerry James Marshall’s paintings, Bob Rennie recently turned his attention to photographer Dawoud Bey, acquiring twenty-four pictures from his 2021 series ‘In This Place Here,’ large-scale photographs of former plantations in Louisiana. Rennie also owns examples from Bey’s series ‘Birmingham’ and ‘Night Coming Tenderly, Black.'” Rennie eagerly awaits the arrival of the works in Vancouver. “To actually see the works in person that we acquired only through JPEGs—and conversations with Dawoud—will be my first journey back into the old normality,” he tells the magazine.

Spring’s Scooter Flotilla Will Be Alarmed On Sidewalks

Under the new Chicago scooter proposal, “To prevent the two-wheeled vehicles from becoming nuisances for pedestrians, each scooter must be equipped with a system that sounds an alarm when it is ridden on Chicago’s sidewalks,” reports WTTW. “The alert would be similar to the one made by cars when a drivers’ seat belt is not engaged… The city stands to earn $4.4 million from the permit fees for the 6,000 scooters in the program’s first phase. Riders who rent the two-wheeled scooters would also pay the city 9% lease tax.” A release from scooter company Lime’s director of government relations LeAaron Foley: “We’re thrilled Chicago is bringing scooter sharing back to give residents affordable, safe and sustainable mobility options. CDOT’s two pilot programs proved the potential for shared e-scooters to affordably connect residents to jobs, friends, local businesses and public transit, keeping Chicago moving sustainably even during a pandemic. At Lime, we’re especially proud of the impact our focus on equitable service had in connecting communities, with automatic discounts across the South and West sides and deliberate fleet deployment in neighborhoods underserved by transit.”

Pigtail, the first speakeasy concept from José Andrés and ThinkFoodGroup is open in River North at 500 North Clark “in a sultry basement lounge” beneath the newest location of his Jaleo empire. “In every city, we’re inspired to bring unique elements that complement the culture and energy of our surroundings,” Andrés says in a release. “I absolutely love the speakeasy bar scene in Chicago, so when I saw the lower level space at Jaleo I knew we could create something really special. We’re combining two of my favorite things: jamón and cocktails! It’s going to be a fun destination to start or end your night.” The menu highlights jamón in every dish. Dishes include La Croqueta de Jamón Ibérico de Bellota (a jamón and béchamel fritter), Orejas Y Morros Fritos (fried pig ears and snouts with rey silo cheese foam) and a Foie Gras Terrine with Ibérico de Bellota.  Made-to-order cocktails include a version of Spain’s signature cocktail, the Vacuum Gin & Tonic #3, made tableside with a vacuum infusion of juniper, spices and herbs in vodka plus tonic water.

For the first time since March 2020, Japanese restaurant and sake bar Izakaya Mita has reopened for in-person dining at 1960 North Damen, reports Block Club Chicago, with its large sake menu “and what owner Brian Mita calls ‘Japanese tapas,’ including… yakitori and yaki soba… ‘It feels really good. I think the neighborhood’s ready for us,’ said Mita.”

“Chef Regan has been busy running Milkweed with her wife Anna, working on her second book and on her MFA,” Elizabeth restaurant relays in a newsletter. “In order to focus on all of this, Chef Regan has decided it’s time to pass the torch. It’s staying in the family, though. Tim Lacey has taken ownership, and the kitchen will be run by Ian Jones. Tim and Chef Jones ran Kitsune for Chef Regan. Tim has been with Elizabeth since Kitsune closed, but first met Chef Regan over fifteen years ago when they were working at Trio. If you’ve been in to visit since we reopened in July, you’ve seen the extraordinary food coming out of the kitchen under Chef Jones and his team, and know the kitchen is in very good hands. Rounding out the management staff, we were joined in June by George Kovach (Bearcat, Band of Bohemia, Acadia) as our pastry chef-chef de cuisine and Ali Martin (Blackbird, Mother Hubbard’s) as our beverage director. We hope we’ll be able to do Chef Regan’s legacy justice, and send her a tremendous thank you for trusting us to carry the restaurant on.”

“Valet service at Chicago bars could become a convention of the past if officials decide to implement a proposed ordinance that would phase out the service. The ordinance, introduced Thursday by Ald. (42nd Ward) Brendan Reilly, is predicated on the idea that valet parking services at bars makes it easy for patrons to drink and drive,” reports Eater Chicago. A map of current Chicago tavern licenses and Chicago Valet Parking Operator licenses doesn’t appear to indicate much overlap.

The union representing 60,000 workers on feature films and scripted television came to an agreement with the producers group on Saturday night and will not strike. The Los Angeles Times: “The union representing Hollywood crews has reached an agreement on a new contract with the major studios, avoiding a historic strike that would have disrupted film and TV production nationwide… An agreement ends a standoff that would have led to the first nationwide strike in the union’s 128-year history and the first major strike by crews since World War II.” The proposed contract “would include modest wage increases in line with other Hollywood union contracts and a commitment to cover a $400-million deficit in the union’s health and pension plans. It also addresses longstanding complaints about long hours, requiring a minimum turnaround time of 10 hours between shoots and 54 hours’ rest over the weekend.” Variety: “One move from the studio side that helped move things along was a hike in the raise schedule over the three-year term of the deal. Instead of basic minimums rising 3% in year one of the deal and 2.5% for the remaining two years, the contract will bring 3% hikes per year. The deal was also expected to include 10 hours off between shifts—called “turnarounds”—and 54-hour turnarounds on weekends. Other details were not immediately forthcoming, but the union was also pushing for lunch breaks and an end to a lower wage scale for streaming companies.” LA Times: “This is a Hollywood ending,” IATSE International President Matthew Loeb said in a statement. “Our members stood firm. They’re tough and united. We went toe to toe with some of the richest and most powerful entertainment and tech companies in the world, and we have now reached an agreement with the AMPTP that meets our members’ needs.”

The LaPorte Herald-Dispatch has the first of two articles talking with filmmaker John Hancock about the Chicago-area origins of his career on the occasion of the fiftieth anniversary of the release of his lasting horror picture, “Let’s Scare Jessica to Death.” Hancock tells the paper that making “Jessica” with personal touchstones and local inspiration “tapped into something that engaged audiences. ‘I think also the element … is it in her mind, or is it real? The response to that has improved with time. It bothered certain critics. I think it’s one of the things people are liking better now.'”

“So we’ve all read The Atlantic story by now. If you haven’t, I wouldn’t worry about it,” Mitch Pugh, Trib executive editor, emails the Tribune troops, via Feder. “The talent in our room remains immense. The dedication to our craft and our readers is unmatched. The quality of the work we do each day is impressive by any measure. I know these articles are discouraging. That discouragement is amplified by the attention they receive from our peers on social media. And the too frequent lack of acknowledgment for the hard work you all continue to do. I’ve not been here long…  I’ve only been fortunate though to meet a few of you in person. But it doesn’t take long to see the true character of the Chicago Tribune. It’s found in the devotion you all have to telling the stories that matter to Chicago, Illinois and the Midwest. Quite frankly, I’m in awe of all of you. You’ve been to hell and back and you’ve signed up for more.”

Eric In The Mourning: $10 Million Defamation Suit And Further Allegations

“Former co-host Melissa McGurren filed a $10 million defamation lawsuit against Hubbard Radio Chicago for defending Eric Ferguson against her earlier claim that he was a ‘serial abuser of women’ who subjected her to an ‘unbearable hostile work environment.'” reports Robert Feder.

An honorary street sign has been erected for folk singer-songwriter John Prine, reports Block Club Chicago, near the site of the club where his career began. John Prine Way is  at the northwest corner of Armitage and Dayton in Lincoln Park, near 858 West Armitage, former site of folk club The Fifth Peg.