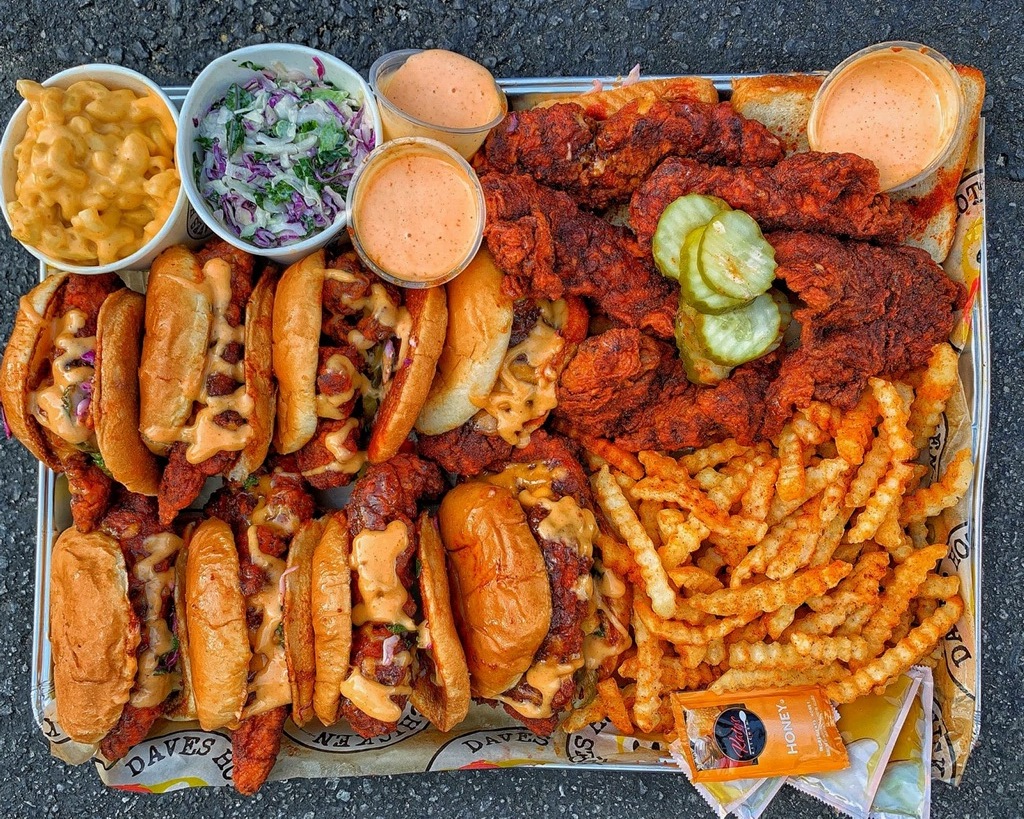 “When you get here in the morning before there’s a lot of folks, you just listen to the music of the birds, tree branches, the wind,” Tony Fitzpatrick tells WTTW in a report on the artist’s museum exit. “Nature will heal you if you let it.”

“Even downtown—an area crowded with tourists, workers, residents and students—there are few publicly run bathrooms, forcing everyone to figure out other options, none of them perfect,” writes Emily Hoerner at the Tribune. “Like food, water and shelter, having a place to expel waste safely and cleanly is among the most basic and vital human needs, one considered a human right by the United Nations. Yet Chicago’s government has failed to provide the public with easy, consistent access to free toilets, and scant information is available about many that do exist. The Tribune cataloged as many public bathrooms in Chicago as possible and found swaths of the city contain few or none… Few of the city’s public toilet facilities are open overnight. Nearly all of the public restrooms that are accessible twenty-four hours a day are in police stations, which discourages people reluctant to engage with law enforcement. Regardless, many people are likely unaware the option exists.” Introducing a fourteen-picture gallery: “The problem especially affects unhoused people and those with medical needs but is an issue for all.” Here’s the Trib’s printable bilingual guide to the toilets of Chicago.

The City of Chicago is funding eleven projects through a pilot program promoting development around transit stations, reports WBEZ. “Funding totals $160,000 in microgrants and technical assistance with each project receiving up to $20,000. The city is proposing $10 million more in its 2022 budget.” Transit-Oriented Development “places requirements on developments near CTA stops in an effort to make neighborhoods more vibrant, increase density and reduce parking spots. Incentivized developers like it because they save money by spending less on parking… ‘We finally have some real pilots, real bricks and mortar to demonstrate whether a policy plan that we talked about last time really means for real people,’ said Roberto Requejo, executive director of Elevated Chicago, which promotes the potential around transit stops by focusing on racial equity and climate change resilience. Too many Green Line and Red Line stops on the South and West sides are surrounded by vacant land while the Blue Line on the North Side is bustling with activity.”

The U.S. bus company has been sold to German-owned intercity bus operator FlixMobility for $172 million, reports the Wall Street Journal. Greyhound, with roots back to 1914, and “the largest intercity bus operator in the U.S., currently connects 2,400 destinations in North America and has about 16 million annual passengers. Greyhound has suffered in recent years from growing competition from low-cost airlines, individual car usage and ride-sharing services. The pandemic hurt demand even more, prompting the bus operator to cut its schedule last year.”

“The Gwen hotel was ranked No. 1 in the city and No. 8 in the world in Condé Nast Traveler’s 2021 Readers’ Choice Awards. The downtown hotel received the recognition after the magazine’s readers ranked Chicago as the No. 1 best big city in the U.S. for the fifth consecutive year,” reports the Trib. The Gwen, 521 North Rush, “is in the landmark McGraw-Hill building and named after Gwen Lux, a Chicago native who was among the first female sculptors of the twentieth century. It’s the only Gwen hotel in the world.” With 125 staff for 311 rooms, “‘We like to think of ourselves as the hidden gem in River North,’ Austin Ryan, the director of food and beverage, said. ‘You’re always going to have beds, bars and restaurants, but it’s the people who are able to create that experience which has driven us to that No. 1 and No. 8 spot.'”

“Lager accounts for most of the beer sold in the world—including the sixteen biggest-selling brands in the United States—but it has rarely been a recipe for success for craft breweries,” reports the Trib’s beer correspondent Josh Noel: “While tropically fruity India pale ales and boozy stouts remain engines for the nation’s small breweries, the industry has increasingly embraced lager in recent years. And consumers are rewarding them with surprising demand. Around Chicago, the shift can be seen in the growing number of lager-centric breweries, including Goldfinger, Kinslahger in Oak Park, and Metropolitan and Dovetail on the city’s North Side. Established breweries, including Hopewell, Revolution and Maplewood, are increasingly incorporating lagers into their portfolios… For [Geneva’s] Art History, it is already paying off; open just eighteen months, the brewery is planning a new, larger production facility, due in large part to its lagers… Lagers are no longer afterthoughts or boxes to check, but a realm of investment and innovation.” Noel recommends a dozen.

Illinois, Nation’s Largest Pumpkin Producer, May Soon Be Too Hot To Cultivate The Orange Gourd

Dave’s Hot Chicken, “the scrappy late-night pop-up-turned-hot chicken sensation” opens its first restaurant in Chicago today at 3643 North Western. The location features “a custom mural featuring Dave in a blue pinstripe baseball uniform, a nod to the Chicago Cubs. Dave stands on top of UFO,” Dave’s relays in a release, also noting Drake has come on as a new investor. “The fast-casual concept specializes in Hot Chicken Tenders and Sliders, along with sides of house-made Kale Slaw, creamy Mac n’ Cheese and crispy French Fries. Offered at seven various spice levels ranging from No Spice to Reaper (which requires a signed waiver for those who dare), each piece of juicy, hand-breaded chicken utilizes a proprietary spice blend crafted specifically for its heat level. The brand began a few years ago as a parking lot pop-up and drew lines around the block, with rave reviews by its fanatic Instagram followers.” More here.

The eighth Chicago Critics Film Festival, November 12-14 at the Music Box, opens with the Chicago premiere of Maggie Gyllenhaal’s directorial debut, “The Lost Daughter,” and the weekend-long festival will close with Sean Baker’s “Red Rocket.” The festival features exclusive screenings of Tribeca Film Festival winner “The Novice,” written and directed by Lauren Hadaway; Jane Campion’s “The Power of the Dog” in 4K; a fortieth anniversary screening of Michael Mann’s searing Chicago neo-noir “Thief” on 35mm; and documentaries including Robert Greene’s “Procession”; Rob Christopher’s “Roy’s World: Barry Gifford’s Chicago,” narrated by Willem Dafoe and Lili Taylor; and “Bernstein’s Wall,” a look at one of the twentieth century’s most acclaimed talents. Details, including festival guests, and passes here.

Dalina A. Perdomo Álvarez, a Puerto Rican curator and writer, has been named the inaugural curatorial fellow of the Chicago Underground Film Festival. She is a curatorial assistant at the MSU Broad Art Museum. She will present her curated program of shorts, “Letters From Not-So-Far-Off Countries” on November 6 at the festival.

“In October 2020, Chicago artist, Black queer feminist and educator Kyra Jones won a first-place screenwriting award at the Nashville Film Festival for her comedy pilot ‘Good Vibes Only,’ a script she wrote during the early days of the pandemic. The half-hour pilot follows a graduate student, who happens to also be a part-time Instagram influencer, as she learns everything she didn’t know about sex. The win opened up more doors for Jones. Multiple studios are interested in developing ‘Good Vibes Only.'” The “pandemic delayed her inevitable move to Los Angeles, TV writing gigs and a manager came virtually knocking on her door.” More at the Triibe.

The annual CupCake Award is a juried prize that supports the publication of a new minicomic by emerging artists with a $250 stipend and the mentorship of an industry professional. This year’s mentors are award-winning cartoonists Jim Terry and Isabella Rotman. AnneMarie Rogers is a cartoonist and illustrator based in Chicago “who makes comics about magic, monsters and lesbians”; Bread Tarleton is a non-binary cartoonist, illustrator, and comics editor based in Philadelphia. “Bread’s work is mainly loose digital art with light collage elements, but they have dipped into mixed-media comics, including Dans La Terre, a comic drawn entirely on their face with eyeliner and face paint. The content of their work ranges from goofy comedic fiction to long-form existential explorations. Most recently, Bread’s comics have been focused on their experiences with transness, fatness and the intersections of these in their life.” More here.

Steppenwolf Theatre Company has announced the name of its 50,000-square-foot theater building and education center: the Liz and Eric Lefkofsky Arts and Education Center. Designed by world-renowned architect Gordon Gill FAIA of Adrian Smith + Gordon Gill Architecture, with theater design and acoustics by Charcoalblue and construction by Norcon, the expanded Steppenwolf campus is a cultural nexus for Chicago,” the group writes in a release, “offering bold and ambitious opportunities for creative expression, social exchange, unparalleled accessibility and arts-driven learning for Chicago youth in The Loft, Steppenwolf’s first-ever dedicated education space.” Opening to the public in November, the center “is the largest new permanent cultural asset to open in the City of Chicago in 2021. The $54 million new building is part of Steppenwolf’s multi-phase $73 million Building on Excellence expansion campaign, which has raised $56.1 million to date, thanks to civic support from individual donors, foundations, corporations and government funding.” More on the campus expansion here.

Chicago Human Rhythm Project has announced a new home, the Mayfair Arts Center (MAC) in Calumet Heights. “Continuing the work started at the American Rhythm Center, the MAC will serve more independent artists, more small to medium-sized dance companies and more children, teens, adults and elders, through classes, performances and business development services. With the help of individual donors as well as a grant from the City of Chicago’s Neighborhood Opportunity Fund, the ‘Raise The Roof’ comprehensive campaign has raised over $1 million toward the $1.5 million goal to capitalize acquisition, repair, staffing and programs.”

Theaters in England have “been allowed to open without restrictions for three months, and while many audience members have been delighted to return to live performances, inconsistent rules are troubling some fans,” reports the New York Times. “Unlike on Broadway, theatergoers in England are not required to wear masks in their seats, or be fully vaccinated. Instead, it’s up to each venue to decide what they require. Most West End venues are asking for proof of vaccination or a negative test result at the door, but some smaller venues don’t. Spectators are also encouraged to wear masks, but many choose not to, even as the number of virus cases in Britain steadily grows.”

The Association of Midwest Museums recognized the Chicago Cultural Alliance and its mission to “connect, promote, and support centers of cultural heritage for a more inclusive Chicago… From Taste From Home to the Cultural Connections podcast, the Alliance has increased awareness of Chicago’s diversity while advocating citywide initiatives that amplify underrepresented voices.” More about the 2021 AMM Awards and the virtual community celebration on November 5 here.