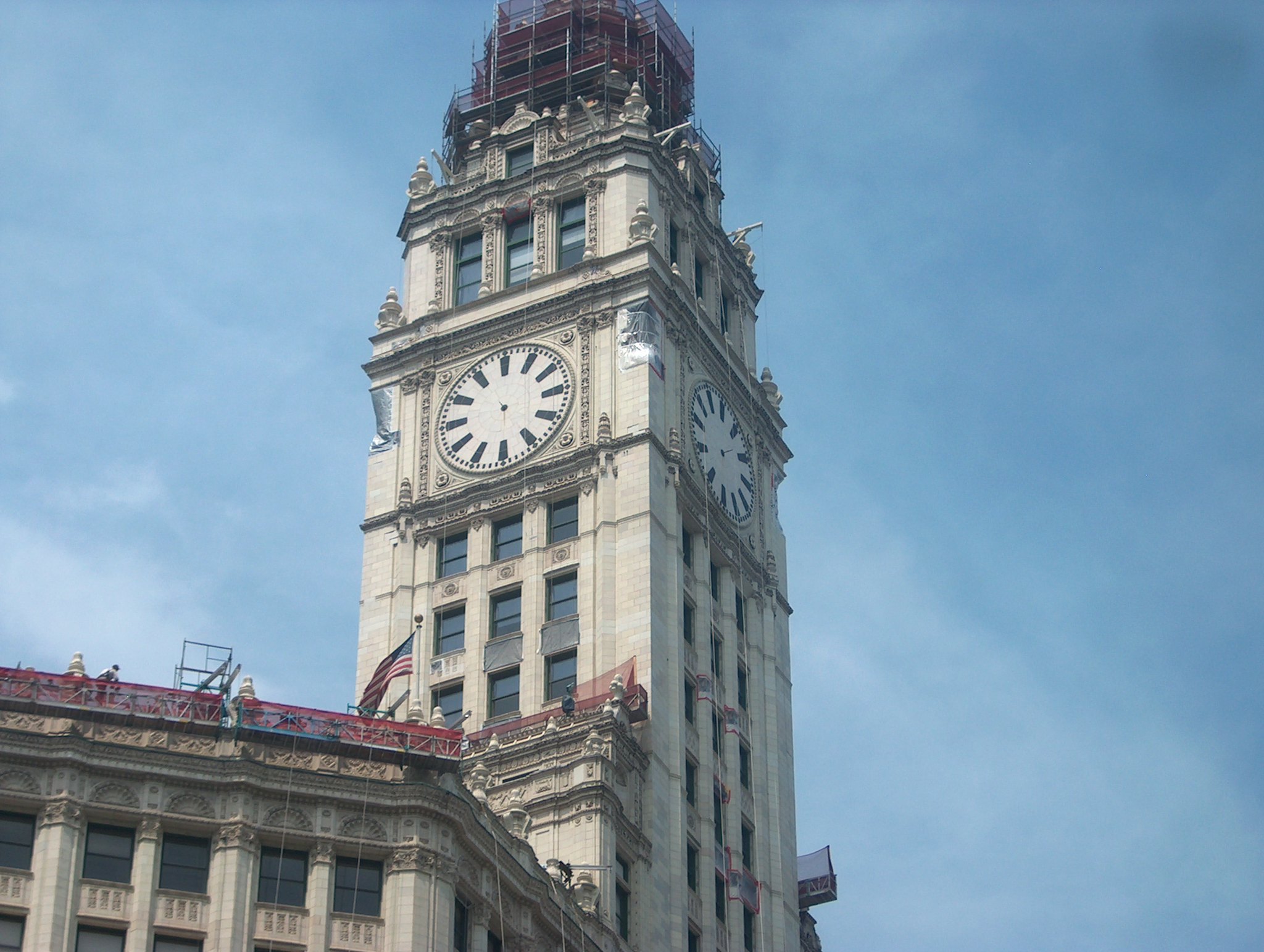 Agave In The Gallery

Epiphany Center for the Arts is launching “Agave!,” a group exhibition featuring artwork made from agave leaves discarded during the production of the mezcal spirit. The show runs Saturday, November 6 through April 9, 2022. The collection is curated by Trine Ellitsgaard and Kiff Slemmons, and ranges from prints and sculptures to carpets, furniture and apparel. “The artists featured in ‘Agave!’ have responded to this environmental crisis by transforming these discarded leaves into fantastic pieces of design,” said Epiphany’s director of art and programming Aaron Baker. “They are participating in a virtuous cycle of turning a problem into an opportunity, of turning waste into beautiful, timeless objects. We are thrilled to be able to showcase their innovative artwork.” The opening reception is Saturday, November 6, 6pm-9pm. The exhibition is free and open to the public; tickets here.

“’The Wrigley Building, Chicago is,’ Sinatra often sang in that tune ‘My Kind of Town.’ And for thirty-some years it was my neighbor, when I worked across the street in what were then the offices of the Chicago Tribune. I saw the Wrigley a few times every day but, as for most of you, it was not an intimate relationship,” writes Rick Kogan at the Tribune. “This building began a new era in Chicago,” says historian Tim Samuelson in a separate piece. “It and the opening of the Michigan Avenue bridge in 1920 gave birth to development north of the river, began the Magnificent Mile.”

A startup “backed by funding from AOL founder Steve Case and Laurene Powell Jobs wants to break up broadband monopolies across the country,” reports Axios.

“’Windy City Rehab’ star Alison Victoria Gramenos finally sold her personal Bucktown home, which was constructed by her former co-host-turned-foe Donovan Eckhardt” for $2,145,000, $150,000 less than the original $2,295,000 price tag, reports Mitch Dudek at the Sun-Times. “This was the highest price for a standard lot house in Bucktown in over seven years,” listing agent Vincent Anzalone told the paper. “We got a good price mainly because of Alison’s design. It’s a beautiful house.” “Eckhardt pointed out he built the home Gramenos just cashed in on to zing his former co-host in a defamation suit alleging she falsely characterized him as an unreliable home builder and a cheat.”

“A recent Chicago Tribune editorial asks some serious questions about developer Robert Dunn’s plans to build a megadevelopment just west of Soldier Field,” op-eds F. K. Plous, director of communications at Corridor Rail Development Co. at the Trib. “Specifically, it questions Dunn’s appeal for an estimated $6.5 billion in state financing to build, as part of his project, a transit hub for the CTA, Amtrak and Metra…The editorial board’s doubts are serious and troubling, but they are not the only ones. We also need to focus on logistics—the fundamental principles of mass movement and the economics on which they depend… One Central’s $6.5 billion plan for public transit improvements doesn’t add up. Dunn says that with his proposed rail improvements, One Central will become a ‘transit hub.’ But hubs by definition are at the center, while One Central lies on the periphery. The proposed site is a mile from the [El] and even farther from the Loop’s tightly grouped commuter-rail hubs, Chicago Union Station, LaSalle Street Station and the Ogilvie Transportation Center.”

Locals says “It doesn’t do anything for the community,” reports Block Club Chicago. “Scott McKenna didn’t bargain on living next to a gas station when he moved to the neighborhood. McKenna owned his building on Western Avenue for about six years before moving in a few months ago. But just days after he arrived, he got a notice in the mail that alarmed him… The notice alerted residents that a company called Cubby Mart Inc. hopes to build a gas station on a vacant lot at the southwest corner of Grand and Western avenues.”

“What are some of the biggest apartment complexes in Chicago heated by steam?” asks Edward McClelland at Chicago magazine. “Probably the biggest ones are the ones along North Lake Shore Drive, the big ones right along the lakefront that are twelve-to-thirteen stories. And the reason for that is the steam heating system—there are no issues with pressure at the bottom of the building… A steam heating system, you can go as tall as you want. The Empire State Building… is heated with steam.”

David Manilow, who created and produced food show “Check, Please!” has teamed up with Crain’s Chicago Business, reports Robert Feder. “Manilow will appear every Wednesday on ‘Crain’s Daily Gist,’ the Monday-Thursday podcast hosted by Amy Guth… In addition to covering restaurant openings and closings and other news… Manilow and Guth will talk with a notable chef each week.” For the debut: Crazy Bird Chicken chef Larry Tucker.

“Hogsalt’s Brendan Sodikoff has long been interested in opening a South Asian restaurant and with Armitage Alehouse, he floats a trial balloon with dishes like a chicory, mango & paneer salad; aloo chana; tandoori roasted chicken; and garlic naan,” reports Eater Chicago. “Fans of savory pies have a selection of six including steak and ale, chicken pot pie, and pheasant and foie gras. The British influence pops up once more with the classic fish and chips.”

The owners of the California Clipper open an Italian-Midwestern joint. “About a year after beloved restaurant Café Marie-Jeanne closed, a restaurant from a burgeoning hospitality group is opening in the cafe’s vintage storefront, the first step in the group’s plan to bring the once-vibrant Humboldt Park corner back to life,” reports Block Club Chicago. “Orbit Group has transformed the Café Marie-Jeanne spot at 1001 North California into Segnatore, a restaurant serving Italian-meets-Midwestern fare.”

Media Burn’s Tom Weinberg remembers Scott Jacobs, who was seventy-one: “I handed him first portable video camera at Videopolis in 1974. He was on leave from reporting at the Chicago Sun-Times. He was hooked on video journalism from that day until Thursday, October 21, 2021. Scott lumbered. He laughed at his own witticisms and snorted. He was a force everywhere he went. His heart gave out all of a sudden, but he had a generous heart for so many of us for so long. IPA, The Editing House will live on in many hundred brains and hearts. Scott, Starr, and Tom Shea started something with its own life at 1208 West Webster. It grew like Topsy. It was THE place to put together the best of Chicago video: ‘Hoop Dreams,’ ‘The 90s,’ and probably a thousand others. Scott had indelible effects on so many in his professional and personal lives. He was persistent, imaginative, yet remarkably adept at technical and logistic details. ‘Jake’ never stopped having strong opinions or telling everyone his ideas about the way to do things. Many were spot-on. He always thought of himself as a hard-bitten, hard-drinking old school newspaperman, even when we were young. Hence, he named himself and published as Stump Connolly… He wasn’t anywhere close to done. It was shocking and way too soon.” There’s a raft of Jacobs’ videos at the link.

“When it comes to explaining the city’s heartbreaking violence, local rappers and their lyrics are a frequent target, as are the radio stations — primarily WGCI-FM and Power 92-FM—and record companies that traditionally showcase them,” writes Evan F. Moore at the Sun-Times. “But many in the community say the aforementioned groups are convenient scapegoats and the real issue is city officials’ historical failure to rectify systemic issues within marginalized communities.”

New Work By Magnus Lindberg To Premiere At CSO

Composer Magnus Lindberg’s new work, “Serenades,” will premiere December 2-4 at the Chicago Symphony Orchestra, which previously premiered his brass ensemble work, “Ottoni.” Lindberg says in a release, “Much of the music I write is often fast and quite explosive—‘slow music’ was never really my tonality, so to speak.” Lindberg’s new seventeen-minute work is conducted by fellow Finn and longtime champion Hannu Lintu. The work has been co-commissioned by Radio France and Münchner Philharmoniker. More here.

“Chicago theater workers say their procedures are safe and have no plans to stop using guns in stage productions,” reports the Sun-Times. “Real guns, meaning guns that have the ability to fire live rounds, are rarely used on theater stages [but] blanks pose dangers as well, but point out that solid protocols are in place to ensure the safety of the actors and the audience. ‘In theater, I never use any guns that can discharge anything from its barrel because they are dangerous,’ said Rick Gilbert, partner in R&D Choreography, a Chicago based fight-choreography company that works with theater and film productions… Theater companies in Chicago such as The Goodman, Theater Wit and others say they have no plans to stop producing plays that require the use of guns—pointing to the fact that they use only blank guns and follow strict protocols already. ‘One of Goodman’s priorities is the production of new plays—and many plays emerging today address important topical societal issues, including those involving gun violence,’ Scott Conn, director of production and operations at Goodman Theatre said.”

Shattered Globe Theatre holds “Ghost Light Soirée 2: Lights Up,” a Halloween-themed virtual fundraiser on Thursday, October 28 at 8pm. “We are producing ‘This Wide Night,’ our first live show in nearly two years and we need your support to help us bring all the lights back up… From pumpkin carving to a costume challenge, your evening will be packed with surprises. Join our host and Shattered Globe ensemble member David Dastmalchian as he returns to his horror-host persona, Dr. Fearless, from his hit Dark Horse comic book, ‘Count Crowley.’ Raffle prizes include an instant wine cellar created by the Shattered Globe board, a Polka Dot Man toy autographed by David Dastmalchian from the movie ‘The Suicide Squad’ and tickets to all Shattered Globe productions for life.” Details here.

Christopher Marney is the new head of studio company and trainees at the Joffrey Academy. Marney begins his new role on November 3, eight weeks after the Joffrey Academy of Dance opened its new “Joffrey for All” studio space and training facilities at 1920 South Wabash. “Christopher’s ethos of championing young people to thrive as individuals in the arts will be crucial as the Academy expands via its new studio space in Chicago’s South Loop,” Raymond Rodriguez, director of the Joffrey Academy of Dance says in a release. “Christopher’s passion will help us continue this positive momentum, add more classes, support new programs and build upon our work of creating a holistic lifestyle of a dancer.”