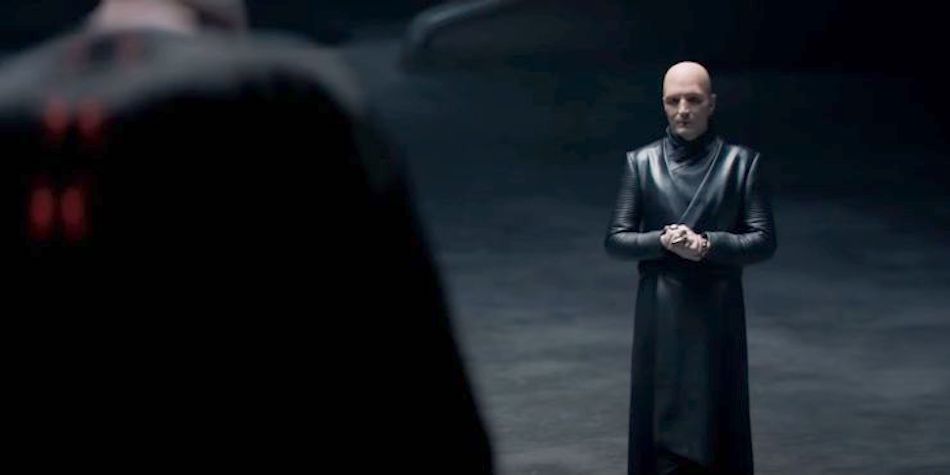 “By offloading their public face to volunteers (an astounding cheapness, considering how flush the museum is) it guaranteed the job would be picked up by a specific sort of person. Not a lot of young Black males have the luxury of spending hours giving tours to school kids for free,” writes Neil Steinberg at the Sun-Times. “Spinning mightily, on Thursday the Art Institute announced that five experienced docents would be hired to join their ‘Educator Advisory Council’ to help mentor new docents. Is this really incomprehensible? I think people aren’t trying. They assume the map they’re reading is the only map in existence, and it isn’t. Change is hard, so rather than get a new map, as I try to do, they’re trying to redirect history’s river, and that’s a lot harder.”

“The city has halted work on a historically protected building in Rogers Park after its new owner improperly removed a terra cotta bust and other features from its facade,” reports Block Club Chicago. “Two stop-work orders have been issued to the owner of 1618 West Devon, a former movie house built in 1912.” The first order was issued “after neighbors and city officials noticed the building’s decorative figurehead had been removed… The original terra cotta figurehead—thought to be a bust of the ancient Egyptian goddess Isis—was removed along with glazed bricks because they were in disrepair, building owner Doris Eneamokwu said. The bust has been discarded… ‘I didn’t know it was a landmark property,’ Eneamokwu said. ‘It didn’t come up in the sale. The property was deteriorated. I was trying to make it look better.'”

“Every corner of society is failing to make the ‘transformational change’ to avert the most disastrous consequences of the climate crisis, with trends either too slow or in some cases even regressing, according to a major new global analysis,” reports the Guardian. “Across forty different areas spanning the power sector, heavy industry, agriculture, transportation, finance and technology, not one is changing quickly enough to avoid 1.5C in global heating beyond pre-industrial times, a critical target of the Paris climate agreement, according to the new Systems Change Lab report.” The report is here. ABC News is expanding its climate coverage from around the world.

“The Chicago Plan Commission has approved two projects bringing a total of three new towers to the ever-growing West Loop,” reports YIMBY. Both went through “design updates after receiving feedback from the Committee on Design and will now… move forward to the Chicago City Council for final approval.” The projects are “the two-tower development at 315 North May and 1112 West Carroll and the life science building at 400 North Elizabeth.”

The first Woodlawn housing project has capitalized on the Obama Center, reports Dennis Rodkin at Crain’s. “The development of thirty-four new townhouses eight blocks from the Obama site goes by the name Presidential Square.”

“All three Parlor Pizza Bar locations are under investigation following raids by Chicago police and Internal Revenue Service special agents in River North, West Loop and Wicker Park,” reports Eater Chicago. “Officers were staked out at the three restaurants while they conducted an active investigation.”

“I was about to start shooting ‘All Creatures Here Below,'” David Dastmalchian tells The Hollywood Reporter. “I had been presented an opportunity to do a television show that I didn’t really want to give years of my life to, but it was a really big paycheck and I was really struggling. I was like, ‘I really feel like I should be making “All Creatures Here Below” instead of the TV show.'” He thought, “Let’s forget the TV show and let’s make ‘All Creatures Here Below,’ which paid me literally maybe $5,000. Then I got this email from Denis that said, ‘David, I killed you in “Prisoners” and I’d like to bring you into the future and kill you in the year 2049.’ That was the sign I needed to keep trusting my instincts… Then I knew he was making ‘Dune,’ but I didn’t know if there was any place in that world for me… One day I was in my kitchen in Los Angeles and I got a call from a number I didn’t recognize. It was Denis. He told me that he wanted me to play Piter. He said he was going to send me the script. I said, ‘I already know the answer is yes.’ I’ll follow him into the fire. He said, ‘I’ll send you the script. I think you should read it.’ I said, ‘I’m in.'”

Reader On Editors Past

“Reader cofounder and original editor Bob Roth had some radical ideas about editors,” writes Deanna Isaacs, profiling the years (1994-2010) Alison True edited the alt-weekly. “He didn’t want them to prescribe what went into the paper, or to solicit it. He wanted the stories to crop up like some natural urban flora and make their way on their own to the Reader office. The editors’ jobs would be to wait for the crop to arrive and publish the very best of it. And he didn’t want those editors to fuck up the writer’s voice with some predetermined Reader ‘style.’ His preference was for hands-off editing at every level, although the stories also had to be great reads, with every fact correct and flawless copy. No mistakes. This made the Reader a prime destination for writers, and, as the paper grew, a gut-buster for editors. ‘It’s not about you, it’s about them,’ is the main thing my first Reader editor, Patrick Clinton, says he learned from Roth.”

The Hideout reports on its Instagram account that it has been vandalized twice this month. “We believe it is our duty to make the public aware for their safety and our staffs when coming and leaving the Hideout. On October 4, our electric cables were cut and our ComEd electric meter was stolen. An unsigned note with anti-vaccination rhetoric was left taped to the empty meter box. On October 17, white-supremacist symbols and graffiti were spray-painted on our glass block windows, front door, and our neighbor’s building behind our patio. We have implemented additional security measures, both seen and unseen, including security, and perimeter cameras. The Hideout has always, and will continue to be committed to the safety for staff, performers, and patrons.”

Rick Kogan On Mort Sahl As The Father Of Modern Comedy

“His name largely faded from headlines and nightclub marquees, Mort Sahl was arguably the most influential comic of his generation,” writes Rick Kogan at the Trib. “Sahl died Tuesday from what friends called ‘old age.'” Sahl was ninety-four. “In Gerald Nachman’s ‘Seriously Funny: The Rebel Comedians of the 1950s and 1960s,’ there are sections on twenty-five influential comedians, among them such forces as Lenny Bruce, Sid Caesar, Ernie Kovacs, Steve Allen, Mike Nichols and Elaine May and Mel Brooks. Sahl is on the cover of that 2003 book and Nachman writes, ‘Nobody saw Mort Sahl coming. When he arrived, the revolution had not yet begun. Sahl was the revolution.’ He pinpoints the start of the revolution to Christmas night 1953 when Sahl performed at the hungry i, a San Francisco folk music club… Sahl’s career was solidly tied to Chicago. His main stage here from 1956 to the early 1970s was at Mister Kelly’s, the famous Rush Street nightclub… Reviewing one of his shows there in 1971… Roger Ebert wrote that he was ‘the finest, quickest, most intelligent comic mind in America… He doesn’t do a monologue, he does a tapestry… This style cannot be imitated because it’s more of a personal revelation than it is a method. It is probably the most complex verbal style yet produced by an American humorist.'”

The Jeff Awards, over a half-century old, continue to promote Chicago Equity and non-Equity theaters. Three members have joined their all-volunteer ranks: Jamaica Ponder, a writer, actress, producer and editor; Michelle Greenberg, a cabaret artist, singer and pianist who has performed all around Chicago; and Preston Cropp, who has an extensive background in theater from set building, lighting, and stage managing to acting. “Jeff Awards members come from a variety of backgrounds that give them a unique perspective to evaluate theater and ensure the integrity of our annual awards,” the group writes in a release. “Members are working theater artists, many with academic and training backgrounds and significant professional experience, as well as those with a history of theater involvement or years of consistent theater attendance in Chicago and in other major theater capitals of the world. We are invigorated by what is happening in the world and the vital need for diverse voices in how we help champion theater excellence. We welcome all interested and qualified candidates, regardless of sex, age, ethnicity, disability, race, color, national origin, sexual orientation or gender identity, or any other basis prohibited by law.”

Steppenwolf Theatre Company has announced that Kenny Leon will direct the world premiere production of “King James,” by ensemble member Rajiv Joseph, in the company’s 2021-22 season. Co-commissioned and co-produced with Center Theatre Group, “King James” will have its world premiere in Steppenwolf’s Downstairs Theater, March 3–April 10, 2022. “‘King’ LeBron James’ reign in Cleveland brings promise, prosperity and renewal to a city in desperate need of all three. It also brings together two friends who communicate best when they are talking and arguing about sports,” Steppenwolf relays in a release. “‘King James’ is an intimate exploration of the place that sports and athletes occupy in our emotional lives and relationships. It explores the star player’s impact on Cleveland, from his rookie season to the city’s historic championship, and the lives of these two unlikely friends whose turbulent relationship is best navigated through their shared love of the sport in a verbal game of one on one. Though he is never seen in the show, LeBron James serves as a symbol for the hopes, desires and fears that they have bottled up since childhood.”

“Mark Kelly witnessed firsthand the devastating impact of the pandemic on Chicago’s arts and cultural programs. And now, as he prepares to retire, he’s getting to see the beginnings of its comeback,” reports Block Club Chicago. “One of the last hurrahs in the job came Thursday, when the city announced a $26 million budget increase for arts and cultural programs. ‘This is a particularly exciting time—I’m joining Mayor Lightfoot in this announcement where we have brought $100 million beyond DCASE’s operational budget to support the cultural landscape,’ Kelly said in an interview. ‘I think it’s fair to say that I’m going out with a bang.'”

“After months of reflection and decorating, about 2,000 pandemic time capsules—designed and filled by city youths—were ceremoniously sealed Thursday evening in large bins that won’t be revealed for another five years,” reports the Sun-Times. “Nearly two dozen children and some adults paraded around the ninth floor of the Harold Washington Library to the beat of a drum, and one by one, they dropped uniquely embellished time capsules—filled with pandemic mementos and letters from children describing what life was like during quarantine—into larger bins, which were later slammed shut with a giant cardboard hammer.”