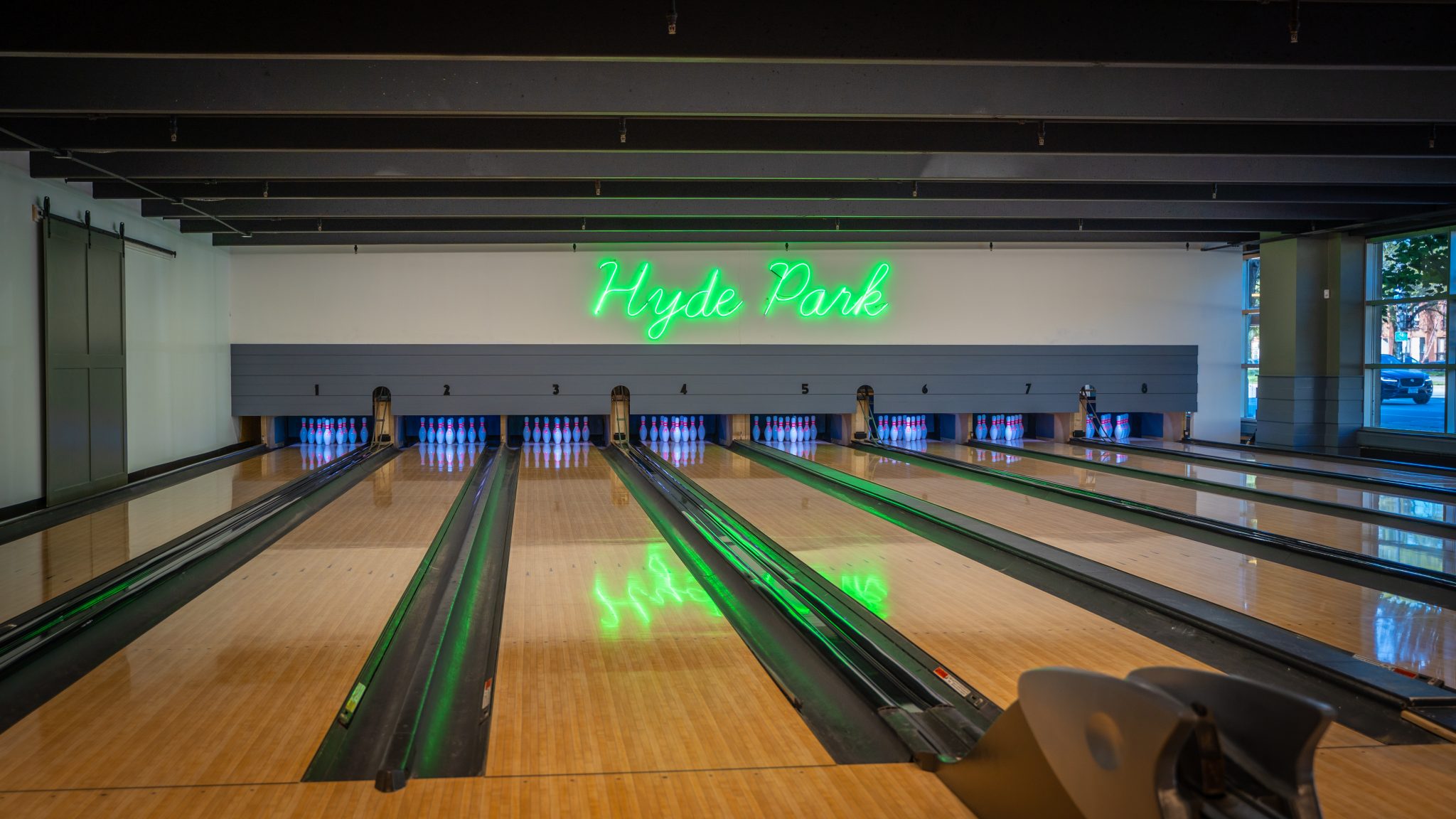 “If there’s one takeaway from Judy Chicago’s first-ever retrospective, on view at the de Young Museum in San Francisco, it’s that there’s far more to the 82-year-old artist than ‘The Dinner Party’ (1974–79), the masterpiece of feminist art that [has defined] the artist’s six-decade career. ‘The goal from the beginning was to show the depth and breadth of her practice as an artist beyond “The Dinner Party,”’ curator Claudia Schmuckli tells Artnet News. “Putting the emphasis on the entirety of her career and the entirety of her output was always of utmost importance to us.”

Marwen’s fifteenth annual Art Fair returns Friday November 5, 7pm-10pm. Art Fair 2021 is an auction and exhibition of more than 300 pieces of original artwork by over eighty artists from Marwen’s talented community of young people, teaching artists, alumni and staff from Chicago and beyond. Co-chaired by Marwen trustees Antonio García (Table XI, Dadwell & Co.) and Jason Mirach (Synchrony), the opening-night event features a tented reception in Marwen’s parking lot and an exhibition spanning three floors of gallery space.”As we celebrate a milestone anniversary, we are thrilled to not only gather in-person, but to showcase such phenomenal works made by the Marwen community,” Akilah Halley, Marwen’s executive director says in a release. “The soft and hard edges of life radiate throughout this show. With the proceeds investing in artists and Marwen’s programming, that light shines even brighter.” Marwen is at 833 North Orleans; more here.

“The Ugly Buildings tour of Chicago is the local architecture tour that needed to happen. Chicago needed taking down a notch. Too much civic pride! What is this, Des Moines?” asks Christopher Borrelli at the Trib.

Hyde Park’s got a new bowling alley and cocktail bar, Seven Ten Social at 1055 East 55th, adjacent to the University of Chicago. The bar features eight bowling lanes, classic drinks and boozy milkshakes, and a  menu of burgers and fried chicken sandwiches, wings, and tenders by Lillie’s Q and LQ Chicken Shack founder-chef Charlie McKenna. Founder Steve Soble says in a release, “We want Seven Ten Social to be a Hyde Park institution for fun times for the next twenty years.”

Chefs Carlos Gaytán (Tzuco) and Lamar Moore (Eleven Eleven) have announced a collaboration at Tzuco (720 North State) to reinforce and champion the unity of Chicago’s Black and Brown communities. The collaboration is in partnership with the México Consulado General en Chicago, which is sponsoring “Black Brown Dialogue” from November 3-5, a lineup of community-driven, educational and cultural programs citywide that is a “call to rethink our shared future.” Gaytán, an ambassador of Mexican cuisine worldwide and a champion of Chicago’s Latinx community, and Moore, a star chef who serves as an advocate and mentor for Black youth moving into the culinary field, will work together on a special dinner on Thursday, November 4. The Black and Brown Unity Dinner “will emphasize the strength, progress and peace in unity of Chicago’s Black and Brown communities” with a four-course menu that champions the culinary histories of their cultures. “The evening will also feature the art of Keith Smith (also known as Afrokilla), a Chicago-based artist known for larger-than-life public murals and passion for using art as a vehicle for social understanding. Smith will create a one-of-a-kind piece live onsite. Tickets are $95 here.

BLVD Steakhouse, three-time Wine Spectator Award winner for the “World’s Top Restaurants for Wine,” launches the BLVD Wine Club, which provides special selections and other attractions for wine aficionados. Curated by beverage director Ted Rink, BLVD Steakhouse Club members will receive exclusive access to off-menu bottles each month, insider details about wine specials and first access to event tickets, such as the upcoming Wagyu Wine Dinner, an intimate dinner showcasing Wagyu from three different continents paired with notable wines that have been hand-selected by Rink. BLVD Wine Club members will always receive a special glass pour of an off-menu bottle whenever they dine at the restaurant. The BLVD Wine Club is accepting members from diners who spend $300 or more on wine during a dinner at the restaurant. More here.

Fogo de Chão, the steakhouse from Brazil, will open its fourth Chicago-area location on Tuesday, November 23 at 1205 22nd Street in Oak Brook. Fogo expects to provide an estimated 130 new jobs. The location, designed in partnership with Dallas-based global design consultant firm Harrison, will feature dry-aged meat lockers for in-house aging, soaring wine case displays, natural wood finishes and dramatic chandeliers across a vaulted ceiling. The dining room will be anchored by an open-air churrasco bar for guests to dine while gaucho chefs display the culinary art of churrasco as they butcher, prepare and grill a variety of cuts of meat over an open flame.

Doc Chicago is an annual gathering for and by regional documentary filmmakers that provides opportunities for connection. “I surveyed filmmakers who had attended the 2019 Doc Chicago mini-conference and almost all of the respondents said that they were most eager to connect with other filmmakers and potentially find new collaborators,” organizer Ines Sommer says. “The hunger for connection and wanting to be part of a larger filmmaking community came across loudly. This makes a lot of sense given the isolation we all experienced during the pandemic. We’ve taken this desire seriously and made Doc Chicago as participatory as possible, with many opportunities for folks to share and connect with each other during the in-person portion of the event.” Doc Chicago will be a free, hybrid event with Friday afternoon sessions and a Sunday Grant Writing Workshop online, while an in-person gathering is set for Saturday, at the Chicago Cultural Center. (Pre-registration for both online and in-person admission is required via Eventbrite.) Descriptions of workshops and programs and schedule here.

No Chicago version yet, but streamer Mubi has launched Mubi Go, a refined version of MoviePass, the failed scheme that offered unlimited moviegoing for a monthly fee, reports The New York Times. Limited to a handful of art-houses and a single movie each week, Mubi Go intends to expand to Los Angeles in 2022, and then on to other markets in the U. S. Mubi Go has been available in Britain since 2018 and India in 2019. “In Britain, the program has so far linked up with more than 150 art houses, all of whom have stayed with the program,” Mubi director of distribution C. Mason Wells told the Times. “We are about picking good movies for people and trying to get people to watch them. We want to take our findings and share them with the masses—bring the good things to a wider audience.”

“After nineteen tough months, we are very happy with the chance to bring people back to the theaters, even for just some of the screenings, and to share the emotions that the movies bring to us,” says Ariani Friedl, founder and director of the Brazilian film festival MOSTRA XII. “Last year’s virtual festival was a challenging but successful experience that we are excited to continue this year. It was very exciting to see people from all over the U.S. watching Brazilian films with us and engaging in the discussion panels.” Running from November 3-14, twenty-six feature and short films with social conscience will take place online and at select schools across Chicago. Attendees will have access to virtual discussions with filmmakers after some screenings. More here.

Kal Penn’s Chicago launch for his memoir, “You Can’t Be Serious: The Adventures of Playing a Stoner and Working for a President,” which is also a coming-out story, is on Saturday, November 6 at 7pm in conversation with Chasten Buttigieg at the Harris Center. Tickets here.

Block Club Chicago was named the Best Online-only News source in an international competition, reports Block Club Chicago. “In all, Block Club received three awards through an annual competition hosted by Editor & Publisher, a trade magazine that covers newspapers and other news sources. Organizations from around the world submit entries to the competition, which is judged by professional journalists. The nonprofit, non-partisan news site—which launched in 2018—was named the Best Online-only News source… Block Club was also awarded for having the best overall website design among publishers with 1 million or more unique visitors. It also received first place for the best redesign and relaunch of its website.”

Dorothy Tucker, longtime investigative reporter at Channel 2 has been awarded the 2021 Lifetime Achievement Award from the Chicago Journalists Association. “The nonprofit professional organization also named Kelly Bauer, breaking news editor for Block Club Chicago, as its Chicago Journalist of the Year. It’s the first time the award has been bestowed since 2015,” reports Robert Feder. “‘Upon the return of Chicago Journalist of the Year, we wanted to honor a journalist whose work ignited meaningful change in the city,’ Stephanie Choporis, president of the Chicago Journalists Association. said. ‘For us, Kelly Bauer and her dogged reporting that exposed Loretto Hospital’s COVID-19 vaccination distribution scandal perfectly fit that description.'” The group’s virtual awards ceremony is Friday, November 19 from 8pm-9:30pm via Zoom. RSVP for free tickets at [email protected]

“For decades, music coverage has been a huge part of the Reader’s footprint,” Reader music writer Leor Galil introduces a long history. “When the paper was at its largest, with four thick sections of quarter-folded broadsheet, it devoted one to film, books, galleries, theater, dance, and other performing arts—and one entirely to music. The depth and variety of this coverage has also set it apart. The Reader has had something to say about music that thrived generations before its existence, music that emerged under its gaze, and music that the paper’s own advocacy helped elevate to a civic and cultural position it had long deserved.”

Jones College Preparatory High School teacher Brad Lyons has been removed from the classroom after students objected to “The Complete Works of William Shakespeare (Abridged) [Revised],” reports WGN-TV. “Students said it made light of sexual assault victims and contained inappropriate, outdated language. The teacher responded to students by canceling the play rather than considering changes they suggested.” The Sun-Times: “A Chicago Public Schools spokeswoman wouldn’t say which specific complaint led to the instructor’s suspension with pay, only that the district ‘has opened an investigation into allegations of misconduct’… ‘Whenever students express concerns, we work to create individualized plans to support them, and we will continue to work closely with parents and students to ensure the school is a safe and welcoming environment for all students.’ The satire of all thirty-seven of Shakespeare’s plays was written in the 1980s… ‘The show and its content has some very, very outdated themes and material,’ said Mila Mussatt, the drama club president and a senior at Jones… ‘He got very upset, and he basically said, “Nothing’s funny, everything’s offensive, the play is canceled.” He stormed out of the meeting… I don’t think censoring the material is the solution… We should be able to take what we can from scripts and add onto them and realize, Hey, this is a problematic thing… This is not acceptable today, but we can still enjoy it as a piece of art.’”