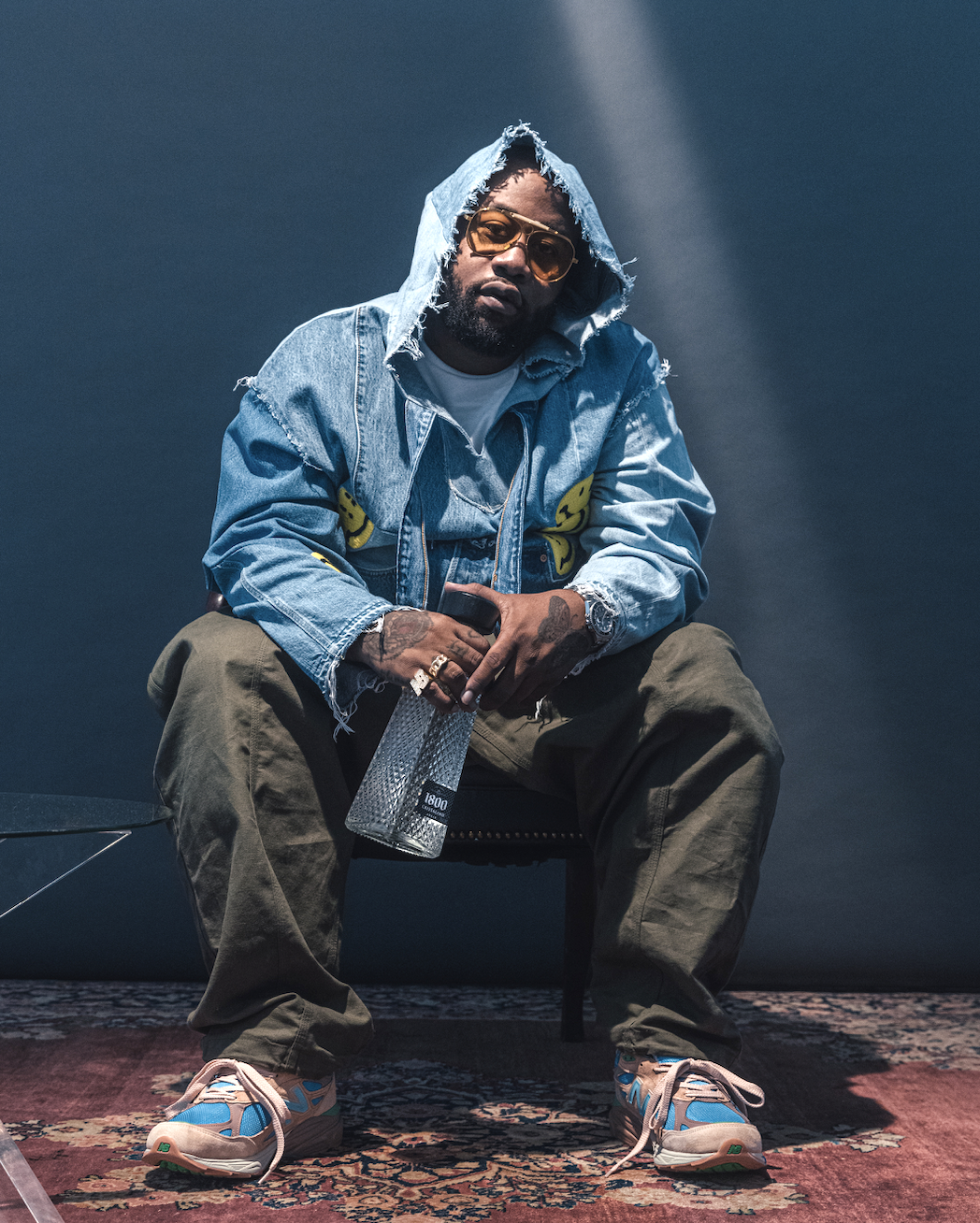 Employees of the Art Institute of Chicago and its school filed petitions Tuesday for a federally run election that will decide if they can form a union, reports the Sun-Times.

1111 West Addison is now open, a four-level building on the site of the former single-story Taco Bell of yore; three stories are devoted to a gym and climbing walls, with storefronts on the ground level, reports YIMBY.

Community Goods presents “Featuring Us,” an immersive art education event, hosted by designer and creative director Joe Freshgoods and 1800 Tequila. “The event will allow seasoned panelists like Ernest Wilkins, Bianca Pastel, Courtney Collins, Amuse and Mia Lee, to take the stage and lend their expertise during seminars about The Idea of Art and how partnerships with brands like 1800 Tequila can sharpen artists’ craft,” the event relays. “A roster of up-and-coming Chicago-based creatives: Anieya [Cauthen], Myles [Wright] and Matoe, will showcase their artwork with the theme of collaboration and community in an on-site Visual Artists Gallery. All art is available for purchase and 1800 Tequila is matching total sales. All profits go directly to the artists.” “Featuring Us” is at Wildman BT, 3020 West Carroll, Thursday, November 4, 5pm, with gallery opening at 7:30pm.

Roeper High On Blago On Hulu

“Illinoisans and Chicagoans in particular have been Blago’d and Blago’d and Blago’d through the decades and one can understand why some would be just fine never hearing from or seeing Rod Blagojevich again, and yet the four-part Hulu documentary series ‘Being Blago,’ premiering Friday, is an addictively digestible, darkly funny, well-photographed and expertly edited work that serves as a reminder of the wild rollercoaster that has been Blago’s personal and professional life—and a fascinating update, as Blagojevich literally opens the door to his home and allows the filmmakers to capture him and his reluctant-participant wife Patti as they try to move forward with their lives,” writes Richard Roeper.

In a major move, the U.S. Department of Justice has sued to block Penguin Random House parent company Bertelsmann’s proposed acquisition of Viacom CBS subsidiary Simon & Schuster, arguing that it “would result in substantial harm to authors,” reports Publishers Weekly. (The lawsuit is here.)

“John Lampinen, who has led the news operation of the Daily Herald with integrity, compassion and fairness for two decades, will retire as editor in December, culminating a forty-eight-year career with the newspaper,” reports Robert Feder. “Succeeding him as executive editor will be Jim Baumann, a thirty-six-year veteran of the Daily Herald who’s been managing editor since 2012.”

Lyric Opera of Chicago has named Paul Gunning as its new vice president and chief marketing officer. Gunning comes to Lyric after retiring from a career at DDB Worldwide. “Paul Gunning brings fresh strategic insights from the corporate world to the nonprofit arts arena at a time when we are redoubling our efforts to bring new audiences to opera,” Anthony Freud, Lyric’s general director, president and CEO says in a release. “Like everyone at Lyric, Paul believes in continuing to build a strong future for the company and the importance of the arts in contributing to a city’s cultural and economic vibrancy. His thirty-year connection to Chicago will help us expand our outreach to communities throughout the city, the greater Chicagoland region, and the global opera world at large. We are looking forward to Paul joining the company and benefitting from his market knowledge and skills in this key role.” Gunning’s career includes more than twenty years within the DDB Worldwide network of advertising and marketing agencies, and was most recently president and chief operating officer of DDB U.S. for over seven years.

Gold Coast hotel Thompson Chicago launches its seven-week Thompson Live Music Series tonight, November 4 at 8pm at the bar at Nico Osteria, the hotel’s Italian seafood restaurant. The live music series features Chicago jazz vocalist Arlene Bardelle with accompanying pianist. “We are thrilled to be launching Thompson Live and partnering with the brilliantly talented Arlene Bardelle to bring this wonderful entertainment offering to our Gold Coast neighborhood and surrounding area communities,” Stefanie Hrejsa, general manager of Thompson Chicago says in a release. “Now more than ever, people are craving connection, camaraderie, and entertainment. We greatly look forward to bringing this series to our guests in an enjoyable, friendly, and safe atmosphere.” George Jordan, president of Oxford Hotels & Resorts says in the release, “Jazz music has played such a pivotal role in Chicago’s history for nearly a century. I have known Arlene for several years and am delighted she will be showcasing her talent to our guests through this wonderful live music series. This truly brings our relationship full circle.” Bardelle headlines four days each week through Sunday, December 19, each Thursday, Friday and Saturday from 8-11 pm and Sunday from 7-10pm. More here.

“Contrary to the way it has sometimes been reported, Steppenwolf has not added a theater to its portfolio so much as replaced an inadequate one with a superior facility in a different configuration,” writes Chris Jones at the Trib (via MSN). “The old Upstairs Theatre, which required audience to ascend in an elevator, was intended for use as a rehearsal hall… That meant that previous artistic directors had to pay attention to what was being simultaneously programmed in the two spaces, lest one interfere with the other. That old theater now has been remodeled and returned to rehearsal usage, allowing for the replication of the floor plan of the unchanged Steppenwolf mainstage, making it easy for directors to move from rehearsal to production. The new Ensemble Theater… is, however, at least 100 seats larger, an upgrade in scale that is arriving at a time when theaters are fighting to get their audiences to return in their previous numbers.”

The Athenaeum Center for Thought and Culture (ACTC), home to Chicago’s oldest continuously operating off-Loop theater, announces “Dante 360,” the inaugural event of newly formed ACTC, to coincide with the internationally celebrated The Year of Dante. “Dante 360” is a journey through “The Divine Comedy,” from Inferno to Paradiso. Hosted by art historian and Vatican tour guide Elizabeth Lev, the event explores the epic poem and its author, Dante Alighieri. There will be performances by Chicago actors, displays of visual art and music provided by the vocal ensemble Schola Antiqua. More here.

“Chicago’s arts and culture sector is one step closer to a shared vision focused on systemic change following a community engagement campaign as part of ‘Imagine Just,’ an initiative to establish and activate a vision for a transformed arts and culture sector that elevates the voices of artists, cultural producers and creatives of color,” the group writes in a release. “In the second phase of the initiative, ‘Imagine Just’ will collaborate with artists, administrators, educators, funders, cultural practitioners, community-based organizations, students, and supporters of the arts through sessions designed to share the vision for further alignment, and to build momentum around a community of practice that shapes and leads a cultural strategy for Chicago… Facilitated by Enrich Chicago and held in shared ownership with an extended community team, the first phase of the ‘Imagine Just’ project engaged in over twenty community dialogues and co-creation sessions with the city’s diverse arts and culture community that revealed key pathways for dismantling historic inequities.” “Imagine Just” hosts community Vision kick-off events on November 5 and 11. Details here.