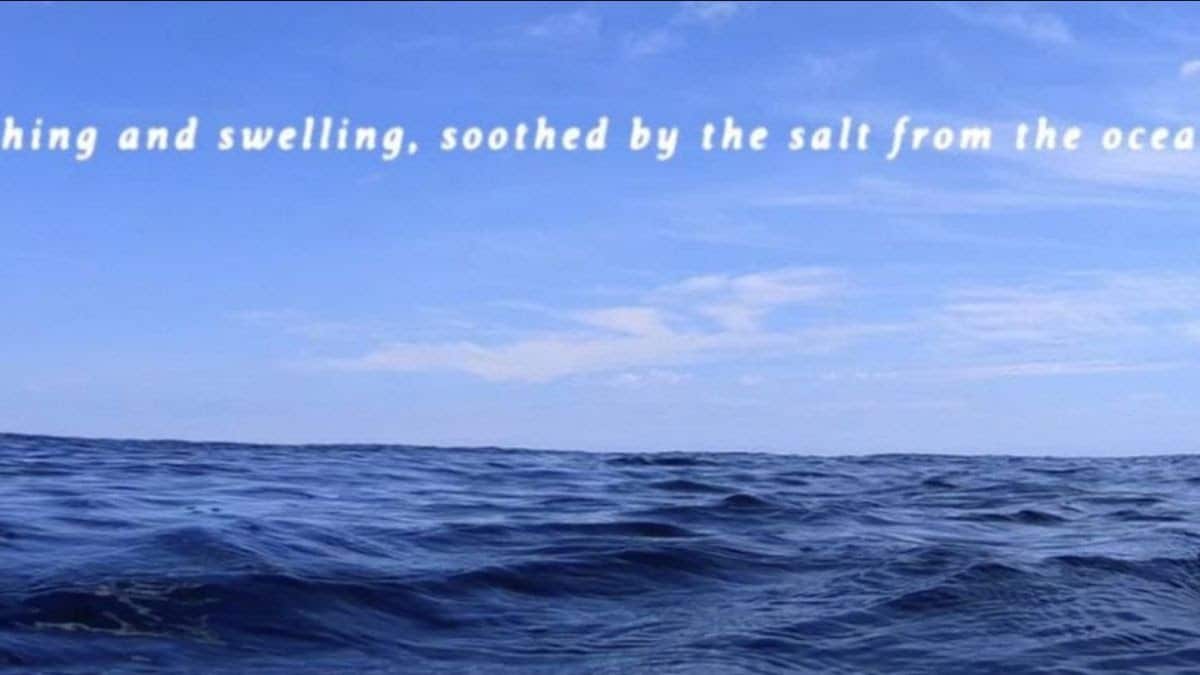 Hyde Park Art Center, the nonprofit hub for contemporary art on Chicago’s South Side, announces its eighty-second annual gala which will be presented in two versions the week of November 8: one virtually on Tuesday, November 9, 6:15pm-6:45pm while an in-person celebration returns at the Center on Friday, November 12, 6pm-9pm. The virtual Gala version, available for public viewing with contribute-what-you-can donations, will be headlined by a conversation with acclaimed artist Hebru Brantley, led by members of the Art Center’s Youth Board of Artists, art auctions and a DJ set. Guests are invited to the Art Center for the return of its annual Gala, with a “creative cocktail” dress code, a cocktail party with hors d’oeuvres and a full bar, remarks by Hyde Park Art Center Executive Director Kate Lorenz and art auctions. The Gala will feature the popular Interactive Artist Interventions, resident artist open studios, and a DJ set throughout the evening. More here.

Donald D. Powell, a Chicago architect known for commitment to detail and fine design, has passed at the age of 92. Among his most notable projects: The Northwestern Law School; IIT Kent College of Law; Paul Stuart Chicago; Illinois National Bank, Springfield; Harris Trust and Savings west wing interiors; and interiors for four Prudential Insurance branches throughout the U.S. and the University of Chicago Regenstein Library interior. Powell supported The Arts Club of Chicago, The Art Institute of Chicago and the Chicago Symphony Orchestra. More here.

Bob Chiarito at the Sun-Times talks to the figures behind Girl And The Goat and Sunda. Stephanie Izard of The Girl and the Goat has “another project that we’ll be announcing soon here in Chicago. It will be opening in the spring but we haven’t announced it yet.” For Sunda’s Billy Dec, “a serial entrepreneur, expansion in Chicago means another Sunda location will open in Fulton Market in the spring… ‘I really believed the world was going to recover and I believed in Chicago. I felt that we should cut against the grain and expand as opposed to playing defense.’”

A Sunday New York Times Magazine interactive report got into where sushi comes from and who profits in the United States, updating after fifteen years “Sushi and Rev. Moon,” the legendary report in the Chicago Tribune by Monica Eng, Delroy Alexander and David Jackson. According to the president of its parent conglomerate, the True World Group, “in its current fiscal year True World Foods has sold to more than 8,300 clients in the United States and Canada, overwhelmingly sushi restaurants,” writes Daniel Fromson. “Its Japanese subsidiary is on track to export more than a million kilograms of fresh fish to the United States in 2021. In many cities… True World sells to between seventy and eighty percent of midrange and high-end sushi restaurants; the group’s annual revenues typically exceed $500 million. The pandemic, of course, wasn’t typical, but ‘sushi was a big winner in Covid, because sushi is a great takeout food if done right… We’re actually doing our strongest sales in history.’ One of [the Reverend Sun Myung] Moon’s daughters, In Jin Moon, once asked in a sermon whether their movement really made a difference. ‘In an incredible way, we did,’ she said: Her father created True World Foods. ‘When he initiated that project… nobody knew what sushi was or what eating raw fish was about.’ Moon, she concluded, ‘got the world to love sushi.’ Or as she put it on a different occasion, ‘My father’s work is already in their body.'”

Jenny McCoy, also known as the “Queen of Tarts,” will bring her all-American offerings to Wilmette with the opening of Buck Russell’s Bakery & Sandwich Shop. A part of Ballyhoo Hospitality, Buck’s represents the neighborhood-focused group’s third concept on the North Shore in the last two years, following Sophia Steak and Pomeroy. “We are excited to partner with Jenny at Buck Russell’s Bakery & Sandwich Shop,” says Ballyhoo Hospitality founder, Ryan O’Donnell, in a release. “She is a tremendous fit for the concept because of her impressive background, unique approach and determination to put Buck Russell’s on the map as the best bakery and sandwich shop in the Chicagoland area.” Before joining Buck Russell’s, McCoy worked at Emeril’s, Charlie Trotter’s, Blackbird, Craft and A Voce. In September of 2011, ten years after Craft opened, she helped the restaurant earn its second three-star review from The New York Times. More here.

TBOX, or the Twelve Bars of Christmas bar crawl, will return to Wrigleyville on December 11 to “celebrate 25 years of herds of people in ugly holiday sweaters roaming Clark Street and getting steadily trashed over the course of a day of drinking,” reports Eater Chicago.

“The International Alliance of Theatrical Stage Employees will announce the results of the ratification vote for the Basic Agreement and the Theatrical and Television Motion Picture Area Standards Agreement on Monday, November 15,” the union announces in a release. “The agreements affect approximately 60,000 film and television workers across the United States… IATSE reached tentative agreements with the AMPTP, a trade group representing the major studios, producers and streaming services, that include across-the-board wage increases; provisions for reasonable rest periods; meal breaks; a living wage for those on the bottom of the pay scale; added dollars for benefit funds; and significant increases in compensation to be paid by streaming services to IATSE members. The agreements are only final after ratification by members of IATSE 36 local unions covered by the agreements.”

The multidimensional work of artist Sky Hopinka employs video, photography, music and poetry as pathways approaching Indigenous experience. In his two-channel video installation, “Cloudless Blue Egress of Summer” (2019), on view alongside “Who Says, Who Shows, What Counts: Thinking about History with The Block’s Collection,” image, sound and text tease out legacies of colonial oppression and Native resistance. At the Block Museum on Wednesday, November 10 at 6pm, Hopinka will discuss his practice in “Channeling Indigenous Histories,” with Pick-Laudati curator of media arts Michael Metzger. On Saturday, November 13, The Block will will screen Hopinka’s debut feature film, “malni—towards the ocean, towards the shore.” More here.

McClatchy, which owns “dozens of newspapers across fourteen states” including the Belleville News-Democrat (and is itself owned by the hedge fund Chatham Asset Management), has pulled out of a group reporting initiative, reports the Columbia Journalism Review. “In June, the Los Angeles Times published an op-ed by Steven Waldman—the president and co-founder of Report for America, the journalism organization that pairs early-career journalists with news outlets that have identified critical gaps in their own coverage—titled ‘How to stop hedge funds from wrecking local news’… Waldman has written and spoken critically about the perils of hedge-fund ownership on numerous occasions, even as Report for America has placed journalists in newsrooms owned by hedge funds. Now, it seems that one such news organization may have taken issue with those critiques. McClatchy… will not participate in the next Report for America cycle, Report for America confirmed… Sources tell CJR that McClatchy’s decision came in response to Waldman’s hedge-fund criticism.”

Chicago Composer Celebrates Century Of Tomb Of The Unknown Soldier

A set of dramatic songs with music by Chicago composer Shawn Okpebholo commemorates the hundredth anniversary of the Tomb of the Unknown Soldier at Arlington National Cemetery. On November 11, the date of the Tomb’s centennial, a cinematic treatment of the premiere performance of “UNKNOWN” with dramatic and historical scenes will be released online for a one-month run. UrbanArias, an opera company based in Arlington, Virginia, commissioned the composer and the poet Marcus Amaker to write a song cycle for this occasion. The two had collaborated on an acclaimed work, “Two Black Churches.” “UNKNOWN” explores ideas of war, honor and memory through the eyes of soldiers, family members and Tomb Guards who are connected to each other and the Tomb. Links and more here.

A Composer In Nature

“The world is Norman W. Long’s instrument,” reports the Tribune. “Long, a composer and sound-based artist, has spent nearly 20 years producing field recordings of his environment—from the Bay Area to Chicago—all while capturing a distinct story of what it means to be a person of color in the natural world.” In September, Long released “BLACK BROWN GRAY GREEN,” a collection of recordings created before and during the pandemic. “While disparate in terms of when, where and how they were recorded, Long’s works tell a singular story of the Southeast Side of Chicago, an area underserved and under-recognized for its natural beauty.”

“A little-known river on Chicago’s South Side was once a vital part of the Underground Railroad. Now, a new water trail is encouraging Chicagoans to hop into canoes and paddle through 180 years of African American history,” the BBC reports in a hyper-designed online feature.