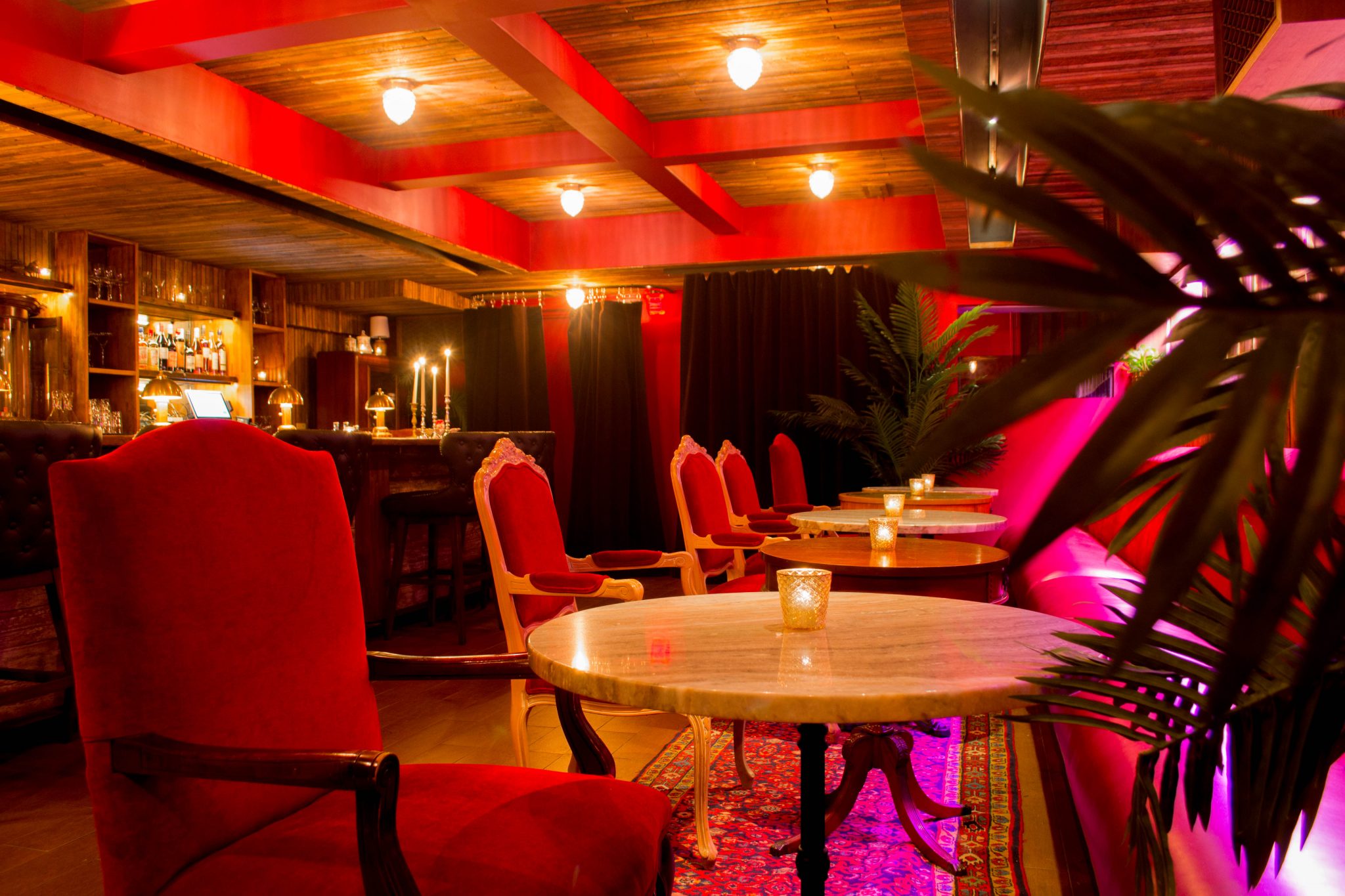 MCA Chicago Announces New Curatorial Leadership
The Museum of Contemporary Art Chicago has announced the appointment of two new leaders to their curatorial team, René Morales as the James W. Alsdorf Chief Curator, and Jamillah James as Manilow Senior Curator. Both Morales and James will assume their roles at the MCA in January 2022. “We are building a curatorial team for the MCA’s next chapter, one that is committed to telling an inclusive art history, engaging with our community, and expanding the breadth and diversity of experience on the team. Both René and Jamillah are passionate about investing in Chicago’s community of artists, cultural stakeholders, and audiences, and their collaborative practice and open and authentic approach will be transformative for the MCA,” MCA director Madeleine Grynsztejn says in a release.

Born in Cienfuegos, Cuba, and raised in Miami, René Morales brings over 25 years of curatorial experience, previously serving as Director of Curatorial Affairs and Chief Curator at the Pérez Art Museum Miami. James, a 2005 art history graduate of Columbia College Chicago,  was previously Senior Curator at the Institute of Contemporary Art, Los Angeles (ICA LA). She is also co-curator of Soft Water Hard Stone, the 2021 edition of the New MuseumTriennial and before that was Assistant Curator at the Hammer Museum in Los Angeles.

“After tearing down a nineteenth-century flour mill on the western edge of the Fulton Market District, Sterling Bay has unveiled plans to redevelop the site with almost 1,000 apartments and big new blocks of office space in the city’s hottest neighborhood,” reports Crain’s. “In one of its most ambitious projects to date in the former meatpacking district, the Chicago developer aims to build a pair of mixed-use buildings on the site of the former Archer Daniels Midland mill at 1300 West Carroll.” The Sun-Times: “The roughly two-acre site is vacant but was the home of an old Archer Daniels Midland grain mill and silos that Sterling Bay tore down earlier this year. The group Preservation Chicago criticized the destruction of a building it said dated from 1897, but area residents didn’t object to losing a relic of Fulton Market’s history in food production… Damone Richardson, president of the West Loop Community Organization, said he has not seen details of Sterling Bay’s plan. ‘We know that it’s coming. We know that it’s tall. Right now, the community has accepted that this is a new reality for the West Loop. There’s a will for this to happen.'”

“The Metropolitan Planning Council, a nonprofit that advises communities about equitable and sound growth, has named Darlene Hightower as its president and CEO,” reports the Sun-Times. “Hightower, with more than two decades of civic activism, will be the first Black person to lead the council, which dates from 1934. She succeeds MarySue Barrett, who stepped down after 25 years leading the council. An attorney, Hightower will move over from Rush University Medical Center where she has been vice president of community health equity. Hightower has been involved in social justice initiatives at Rush and helped organize West Side United, a coalition that promotes health and economic growth.”

CFD tweets seventeen cautionary seconds of video: “If a fried turkey is on the menu this Thanksgiving, please exercise some safety tips to protect you, your family and your property. Don’t overfill; never put a frozen turkey in hot oil; always cook outside away from any structure. Be safe and have a great holiday.”

Devil Dawgs opens a new location for lunch only with a limited menu of favorites at 804 North Rush today, November 18, a block west of the Magnificent Mile, the local eatery chain advises. Hours will be Tuesdays–Saturdays 11am-3pm, and “will expand pending the city’s staff shortage.” Devil Dawgs has also added three new menu items at its Wicker Park location at 1431 North Milwaukee. The group “will also soon launch their newest Friend of the Devil menu collaboration, with Chef Matthias Merges, at the Wicker Park location. Details on the Yusho-themed, Friend of the Devil collaboration are forthcoming.” Wicker Park highlight: the “Icelandic Dawg,” a quarter-pound spicy “Devil Dawg” sausage, Dijon mustard, ketchup, remoulade, fried maui onion and fried shallot on a steamed bun for $6.95.

Soif Wine Lounge, a French speakeasy-inspired wine bar located below Logan Square’s Roman-style eatery Testaccio, is now open for service. “The brainchild of local restaurateur and nationally recognized wine expert Aldo Zaninotto (Osteria Langhe), Soif will make use of Zaninotto’s more than two decades in the international wine business to present classic expressions like Chablis, Bordeaux and Cotes de Nuits, natural wine options, pétillant naturels, orange wines and grower Champagnes from the new guard of French winemakers. Soif will transport guests to the back alleys of Parisian streets, where barely marked doors lead to dimly lit havens for the night crowd.” The menu also includes traditional French spirits and classic cocktails, “wine-friendly bites and elegant caviar service set to eclectic sounds by a rotating list of local DJs,” Soif says in a release. “To create the intimate interior for the thirty-four-seat space, the team brought on Chicago restaurant designer Erin Boone of Boone Interiors (Elske, The Dawson, Chef’s Special Cocktail Bar) and incorporated repurposed elements from Chicago French institution La Sardine. ‘We wanted to create a space where wine lovers and novices alike can come together and discover something new, so the wine list represents the classics as well as the super energetic varieties from the new guard of French producers,’ says Zaninotto in the release. ‘After managing wine businesses for so many years, I’m excited once again to work with these winemakers and source some of their most adventurous, limited-production bottles. We want our guests to be able to come here to have a discussion about wine.'”

Exhibitors Chicago Film Society report on the aborning quarter of programming: “It’s that time of year again where we argue about what movies to show next season and can only agree on Popeye cartoons and weird educational shorts about libraries.” Another hint: Jane Campion’s dark, lovingly lurid gem “In The Cut” is under consideration.

Bill Murray talks to The Talks about life and being an artist: “You know, I was talking with a man earlier who told me, ‘You have reached your blue period,’ which I thought was really funny, it made me laugh very hard! … But do I consider myself an artist? No, but I aspire to be. And I can be like that, I can be artistic every once in a while. I think there are things that are artistic, or things that an artist would do, but they don’t necessarily mean you are an artist. You can have moments of art history, but not necessarily be an artist… To be a real artist I think is really about the art of living. The guys who are real artists are people who have figured out the art of living, and that their art is art because they live. They have made living an art, they have made an art of living. And that they are constantly inputting life as opposed to expressing life. It’s more intake than output.”

LION Publishers have awarded Block Club Chicago their Publisher of the Year (Medium-to-Large) gong. “This nonprofit news organization is dedicated to delivering reliable, nonpartisan, and essential coverage to Chicago’s diverse neighborhoods,” they note.

“Chicago’s own G. Thomas Allen is the winner of the 10th annual Sarah Vaughan International Jazz Vocal Competition as part of NJPAC’s TD James Moody Jazz Festival,” the group reports. “Allen currently serves as the Jazz and Contemporary Voice Instructor at ChiArts and on the voice faculty of Columbia College Chicago. This marks the first time a male vocalist won the contest.”

Jean Gottlieb has been hired as interim artistic director of 16th Street Theater. “Ann Filmer decided to move on from 16th Street Theater at the end of the summer. She will always be the founder of 16th Street, and we will do our best to honor her legacy by bringing you exciting new cutting edge plays and introduce you to the latest hot playwrights,” the group relays in its newsletter. More about Gottlieb here.