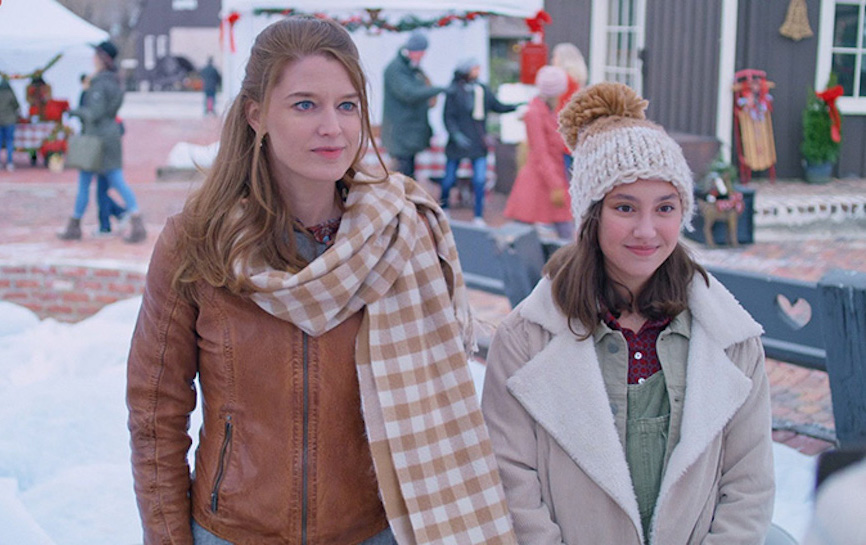 “Expo Chicago and the Chicago-based wealth management firm Northern Trust will expand their Northern Trust Purchase Prize, which allows curators of a designated museum to select an artwork from the fair for their collection,” reports ARTnews. The single Purchase Prize is expanded for 2022 to three institutions: the Portland Art Museum, the Pérez Art Museum Miami, and the Walker Art Center in Minneapolis. “The expansion speaks to Northern Trust’s commitments across the country to cultural institutions and to the ongoing support Expo Chicago receives from its presenting sponsor,” Tony Karman, Expo Chicago’s president and director told the publication. “The 2022 Purchase Prize allows the fair to continue to expand its network and partnerships with national institutions.” The press release is here.

The city is “upgrading the signs in its system of underground tunnels people can use to get around downtown.” Fresh signage is “being installed in the Pedway’s ‘main stem,’ which runs under Randolph Street and connects City Hall, Daley Plaza and the Thompson Center to the CTA Blue and Red Lines and Metra’s Millennium Station,” reports the Sun-Times. “The city is also working on ways to improve the overall experience throughout the Pedway, including the addition of art installations and performances along the route.”

“Illinois billionaire Ken Griffin bought a rare first printing of the U.S. Constitution at Sotheby’s in New York for $43.2 million, a record price for a document or book sold at auction,” reports the Trib. Artnet: “The copy comes in a half blue morocco folding-case, the inside cover of which bears the signatures of numerous 20th-century political figures, including former presidents Jimmy Carter and Bill Clinton, former Congressman John Lewis, and numerous Supreme Court justices. The document’s first printing did not feature any signatures from the founding fathers.” The New York Times: “The first museum to display this copy of the Constitution will be Crystal Bridges Museum of American Art in Bentonville, Arkansas, which was founded by the Walmart heiress Alice Walton.”

“Jennifer Kim is a Chicago chef who operates outside the traditional bounds of her profession. Her project, Alt Economy, rethinks how meals are made and sold, aiming to avoid the traditional restaurant industry’s exploitative policies that have historically been especially harmful to immigrants and people of color,” reports ARTnews. “Kim’s venture provides a space for exploring safer and more equitable practices within the context of hospitality. She conceptualized Alt Economy in September of 2020 after having to close her critically acclaimed Korean-Italian restaurant, Passerotto, in Chicago’s Andersonville neighborhood. The project began, in her words, as a ‘virtual house for underground economies, artists, and microbusinesses that couldn’t afford or access their own websites and ordering platforms.’ Since then, Alt Economy has broadened its scope, offering financial tool kits for entrepreneurs and initiating… collaborations that emphasize the connections among food, social justice and art.”

“Chicago’s Expanded Outdoor Dining Program, which allows restaurants to set up outside seating on public streets and sidewalks, may continue for another year, until the end of 2022, if a bill introduced by Mayor Lori Lightfoot is passed by the city council,” reports Eater Chicago.

When Hyde Park Was A Much Wetter Land

Hyde Park Herald surveys, in words and pictures, a boozier Hyde Park of the past.

Inside The Butterball Talk Line

WGN-TV gets a tour of the Butterball Talk Line and reports back with turkey tips.

“Fancy Plants Kitchen, a vegan restaurant in Lincoln Park near DePaul University, has pushed through the pandemic since opening in August. Though it was a bumpy start with staffing and securing a liquor license, owner and chef Kevin Schuder is feeling comfortable and is trying out two new gimmicks: a ‘convert a carnivore’ night with a special menu and a vegan happy hour,” reports Eater Chicago.

“Already linked to two big federal cases, Cinespace Chicago Film Studios’ Alex Pissios also owed money to Vincent DelGiudice, who’s pleaded guilty to running a gambling ring with ties to a mob-connected bookie,” reports the Sun-Times in an extensive telling. “A week ago, a private equity firm announced it’s buying the two Cinespace studios… from Pissios and his family, a deal said to be worth at least $1 billion. News of the sale put a spotlight on Pissios. In addition to the legal troubles that pushed him to be a federal mole and help build the case against longtime Chicago Teamsters boss John T. Coli Sr. and the studio boss’ unpaid loans from shuttered Washington Federal Bank for Savings, Pissios turns out to have ties to a third big federal criminal case in Chicago… Pissios owed money to Vincent DelGiudice, who pleaded guilty last February to running an illegal gambling ring with ties to a mob-connected bookie. Pissios began working as a mole when prosecutors told him they could charge him with bankruptcy fraud. The U.S. attorney’s office gave Pissios a great deal, too, handing him an unusual non-prosecution agreement in March 2017 that spares him any federal criminal charges as long as he helps them and is truthful.” Pissios [Newcity Film 50] and family members working at Cinespace are reported to be on the way out after the sale of the campus.

Throughline Films’ latest feature premieres Thanksgiving Day on  AMC+. “‘Christmas with Felicity’ follows a struggling young baker in no mood for the holidays who returns to her small hometown, where her festive family and a handsome farmer try to get her back in the Christmas spirit,” Throughline relays. The movie was shot in Long Grove, Glenview, Palatine, Barrington and Buffalo Grove with a local cast and crew, including director Jack C. Newell [Newcity Film 50]. Trailer here.

Talking To Librarians About The Rush To Ban Books

“Only a few months into the school year, librarians say efforts to ban books are on the rise and mark a new chapter in the history of attempts to censor books,” reports Time. “’We’re seeing an unprecedented volume of challenges,’ says Deborah Caldwell-Stone, executive director of the American Library Association’s Office for Intellectual Freedom. “’I’ve worked for ALA for 20 years, and I can’t recall a time when we had multiple challenges coming in on a daily basis.'”

The big Houston developer that’s dropping nearly $100 million on a business campus in North Center has pounced on a high-profile property across the street: WGN-TV’s studio,” reports Crain’s. “An affiliate of Hines has agreed to pay about $30.5 million for the television station’s home at 2501 West Bradley, according to an SEC filing by the company.”

“I’m so grateful for the eight years I’ve spent at Tribune, working my way up from my very first role at Mash Chicago to being the director of audience for Chicago Tribune,” Michelle G. Lopez writes on Twitter. “It’s been an incredible experience that not many get to have. It’s hard to leave a lifelong dream job—even harder to realize it’s OK to choose something for your life the teenage version of yourself wouldn’t understand. This last year has taught me a lot about grief, moving forward and what I want to prioritize in my life and career. I’ll always love Tribune, but it’s time for a new chapter. I’m very excited to join The Philadelphia Inquirer as the director of audience development on the Marketing team.”

The Chicago Reporter is partnering with the Illinois Latino News, “a groundbreaking moment for independent journalism,” The Chicago Reporter relays. “The collaboration between ILLN and TCR will give greater news visibility to perspectives that aren’t typically heard or seen in mainstream media. The alliance will give more exposure to social justice, race and culture, and poverty—those topics which are not usually covered in larger publications.”

The Chicago Journalists Association is honoring Kelly Bauer as Chicago’s Journalist of The Year, writes Block Club. “In honor of her dedication to Chicago, we’re launching the inaugural Block Club Investigative Fund.”

Writers Theatre opens its 2021-22 season with “Dishwasher Dreams,” written and performed by Alaudin Ullah, directed by Chay Yew, in association with Hartford Stage. “Dishwasher Dreams” opens December 9 and runs through January 16 at the Alexandra C. and John D. Nichols Theatre in Glencoe. “Alaudin, a stand-up comedian whose family hails from Bangladesh, is in L.A. on the verge of success when a family crisis forces him back to New York. Deferring his dreams while confronting his family history, he takes us on a moving and hilarious journey from colonial India in the 1930s to Spanish Harlem in the 1970s and all the way to present-day Hollywood for his once-in-a-lifetime audition for a major film. Irreverently performed by Ullah, with live accompaniment by tabla percussionist Avirodh Sharma, this exhilarating tour-de-force will have you empathizing with, while simultaneously laughing over, Alaudin’s experiences of immigration, the Yankees and the complex nature of the American Dream,” the theater says in a release.

Looking Into The Casino Bids

“As city officials dig into the five competing proposals for a new Chicago casino, they will walk into a squall of numbers and promises,” writes David Roeder at the Sun-Times. “The cost estimates for each mega-complex range from $1.3 billion to $2 billion. Most foresee hundreds of hotel rooms, and some tantalize decision-makers with talk of advance payments to city coffers if awarded the license… But key staff in Mayor Lori Lightfoot’s administration might concentrate on just two rules: Keep it simple, and keep it accessible. Those two factors will decide how quickly the city and its threadbare pension funds can start seeing revenue, and whether large crowds will [come]. Officials are shooting for annual tax revenue of $200 million.” YIMBY has renderings of the proposals here.

“Regulators at the Illinois Racing Board tabled a request from Arlington to keep operating its off-track betting parlors even though owner Churchill Downs Inc. shut down the historic track nearly two months ago and announced a pending deal to sell the land to the Chicago Bears,” reports the Sun-Times.