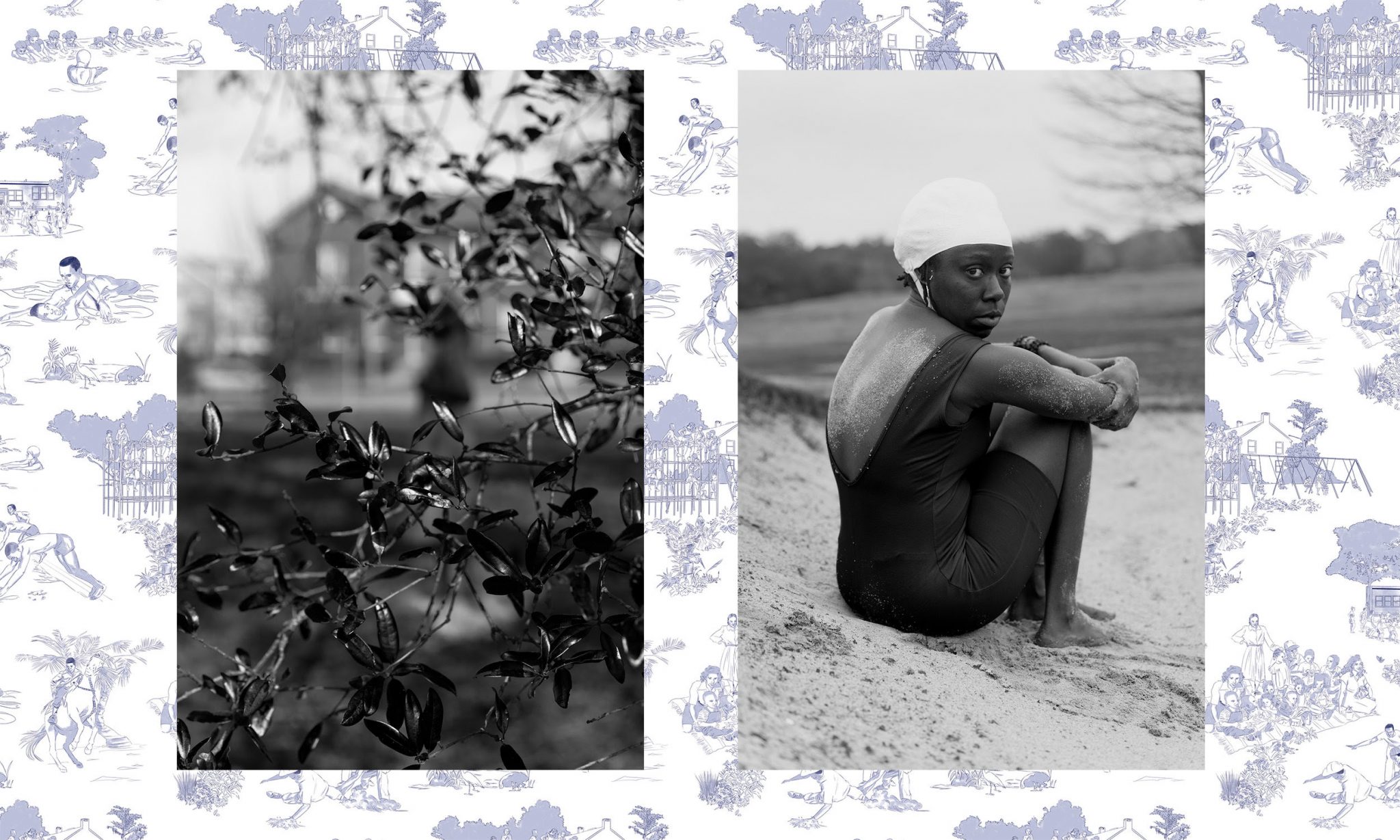 Derrick Woods-Morrow, “A Yellow Rose in the Sand (Audubon Park),” 2019

Free Weekday Admission To The Art Institute Through December 17

ENGAGE Projects announces the representation of Derrick Woods-Morrow, artist, activist, assistant professor at the Rhode Island School of Design, a member of the Chicago-based collective Concerned Black Image Makers and an alum of the Fire Island Artist Residency. Originally from Greensboro, North Carolina, Woods-Morrow graduated with a BA from Randolph College, received a post baccalaureate certificate from Massachusetts College of Art and Design and obtained his MFA from the School of the Art Institute of Chicago. His work has been exhibited in the Whitney Biennial, Whitney Museum of American Art, Museum of Contemporary Art LA, The Museum of Contemporary Art Chicago, The Brooklyn Museum, The New Museum, the Smart Museum Chicago and in over a hundred institutions worldwide.

He is “a multidisciplinary artist working in photography, sculpture, installation and performance. His practice navigates and negotiates sexual identity by fragmenting notions of representation, exploring personhood, memories & reimagining ways to understand power dynamics as they pertain to consent and self preservation. Woods-Morrow’s practice centers on process-oriented collaborative projects with Queerx Black Fol(x) across a wide variety of media. His work is often a meditation on deviation and disruption, on language and representation, and on growing up in the American South. He explores, through his artistic practice, Black sexual freedoms and the complicated histories concerning access to these freedoms.”

“So often we think of these institutions as unchangeable, especially [when it comes to] racism. And I think that in real time, what my practice is about, is sort of showing that in a lifetime, things can actually change,” Tim Chan at Rolling Stone recalls a 2020 interview with the late designer. “Like if you would have told the seventeen-year-old version of myself that not only would there be a Black designer who didn’t go to fashion school, but he would be the head of the most, the longest, oldest, biggest Parisian fashion house, I might have told you that that would have been impossible. I want people to see and draw metaphors between what I may be doing and what they’re doing, to see that things can be changed. It can be transformed in our lifetime… So I stand on that and I put that into my art, and that’s my way of waking up every day, to feel like I’m doing something to advance the world or document the world so people can look at themselves in the mirror and feel what’s going on… The feeling right now is that the world is moldable and it’s malleable; the world is like clay.” (London publisher IDEA posts on Instagram a photo of Abloh at seventeen, “working in his childhood basement.” (“Everything is possible” was their caption when they first published it.) The City of Chicago tweets a tribute.

The New York Times’ Vanessa Friedman: “The artistic director of Louis Vuitton men’s wear as well as the founder of his own brand, Off-White, Mr. Abloh was a prolific collaborator with outside brands from Nike to Evian, and a popular fashion theorist whose expansive and occasionally controversial approach to design inspired comparisons with everyone from Andy Warhol to Jeff Koons… Abloh transformed not just what consumers wanted to wear, bridging hypebeast culture and the luxury world, but what brands wanted in a designer—and the meaning of ‘fashion’ itself… A workaholic who maintained a punishing schedule and moonlighted as a DJ and a furniture designer… Abloh nevertheless seemed to glory in having his fingers in as many pies as possible. Indeed, he referred to himself not as a designer but as a ‘maker,’ in acknowledgment of his own omnivorous creative mind.”

From the Trib, August 2020, in an interview with Darcel Rockett: “I’m an optimist. I ride in positivity. That’s what helps me get up every day. I just hope that everyone is more heartfelt in their moves, that they express their creativity. Fashion is an amazing art platform that requires the people. Brands don’t exist without a community around them. So to me, I answer that with the Renaissance. I use my story to hopefully be a model that other brands can find a way to contribute and give back to the Black [Lives] Matter movement… I think wait and see. 2020 is one of the most pivotal years in our existence, so nothing is predictable.” Business of Fashion chief correspondent Lauren Sherman: “Virgil Abloh lived the shit out of his life—let that be the lesson.”

“Tessa Vierk and Jim Benton founded the Chicago Tool Library, 1048 West 37th, in August 2019. The nonprofit gives members the chance to borrow tools instead of buying them or hiring someone for jobs they could do themselves.” The library began with 150 members and today has more than 1,500 from across Chicago, reports Block Club Chicago. “The 1,000-square-foot library offers more than 2,500 tools, ranging from garden hoses to microphones. The demand for the library’s services has become so high Vierk and Benton are scoping out potential new locations that can hold ‘twice as many tools.'”

The Loop Is Fastest-Growing Neighborhood; What Others Have Shifted?

“According to the U.S. census, the Loop—bounded by the river, the lake, and Roosevelt Road—was the city’s fastest-growing neighborhood in the 2010s, its population increasing by forty-four percent,” reports Chicago magazine. “The fastest shrinking? Englewood, which lost twenty percent of its people. In 1970, Englewood had nearly 20 times as many people as the Loop—89,713 to 4,936. In the last U.S. census, the Loop was almost twice as populous as Englewood—42,298 to 24,369. The neighborhoods’ divergent fortunes—and the policies that have contributed to one’s rise and the other’s fall—tell us a lot about where Chicago is headed.”

Augie’s Booze And Schmooze Will Be Closed For Months

Today is last call at Augie’s Booze and Schmooze in Lincoln Park, a corner bar open since 1994, for months to come, reports Block Club Chicago. The liquor license expires and a new owner plans months of renovations. “A larger bar, new menu and an event space all are part of the plans… but the intent is to keep the Augie’s vibe.” A regular said, “This isn’t a dive bar. This isn’t Wicker Park. This is a neighborhood bar… Everybody’s welcome here. We’ve never been in here and not had a good time.”

Movie Attendance Could Stay Down

Nearly half of the pre-pandemic audience at the movies hasn’t returned and eight percent may be gone forever, reports Brooks Barnes at the New York Times. A study, published online, was self-commissioned by the Quorum, a film research company led by David Herrin, the former head of research for United Talent Agency; Cultique, a consultancy run by brand strategist Linda Ong; and Fanthropology, which describes itself as a research, strategy and creative agency. “‘The research clearly shows that theaters are suffering because the pandemic intensified, accelerated, amplified all of the nascent trends that were already underway,’ Ong said. ‘That is the definition of a perfect storm—not that various problems exist at the same time, but that they have an intensifying effect on each other.'” The trends: “Rising ticket and concession prices. Decreasing ‘experiential value,’ including the perception that moviegoing has become a hassle. The run-down state of shopping malls, which house many theaters. A generational shift toward streaming, gaming and other smartphone-based entertainment. ‘Before, maybe you went every now and again—overlooking the drawbacks,’ Herrin said. ‘Now you add safety concerns to that mix, and you suddenly become a former filmgoer.'”

The Sun-Times editorial board has had it with Louis DeJoy, “the arrogant and incompetent bust out of a U.S. postmaster general who’s been under perpetual fire for slowing down delivery of the nation’s mail… From virtually the start of his term, we have continued to point out serious questions about DeJoy’s competency and directives, from his wrong-headed decision to purposely delay mail delivery during the height of the pandemic to bolloxing up service in accord to Trump’s publicly stated desire to stifle mail-in balloting and improve his chances on Election Day. To say nothing of the FBI looking into the political fundraising activities of his former business. The impact of DeJoy’s decisions have been felt acutely in Chicago, which has had spotty mail delivery for years.”

The Chicago Cultural Grants budget got a large boost, doubling the funds available to Chicago artists through the 2022 Individual Artists Program. You can register for information sessions this November 30, December 1 and December 9, and then apply by January 7.

“Amazon founder Jeff Bezos made big news earlier this month when he announced he’d be donating $100 million this year to the Obama Foundation. The unrestricted funds will help foundation programming,” reports Crain’s Chicago Business, “the foundation’s largest individual donation to date. But author MacKenzie Scott, Bezos’ ex-wife, could go toe-to-toe with him in terms of publicly announced philanthropic efforts here in Chicago. Since their divorce in 2019, Scott has emerged as a philanthropic force, donating to twelve Chicago-area organizations in recent years.”

The Chicago Auto Show will return to McCormick Place in 2022, reports WGN-TV, from February 12-21, including the return of indoor test tracks and other interactive experiences. Masks will be required while inside. More here.