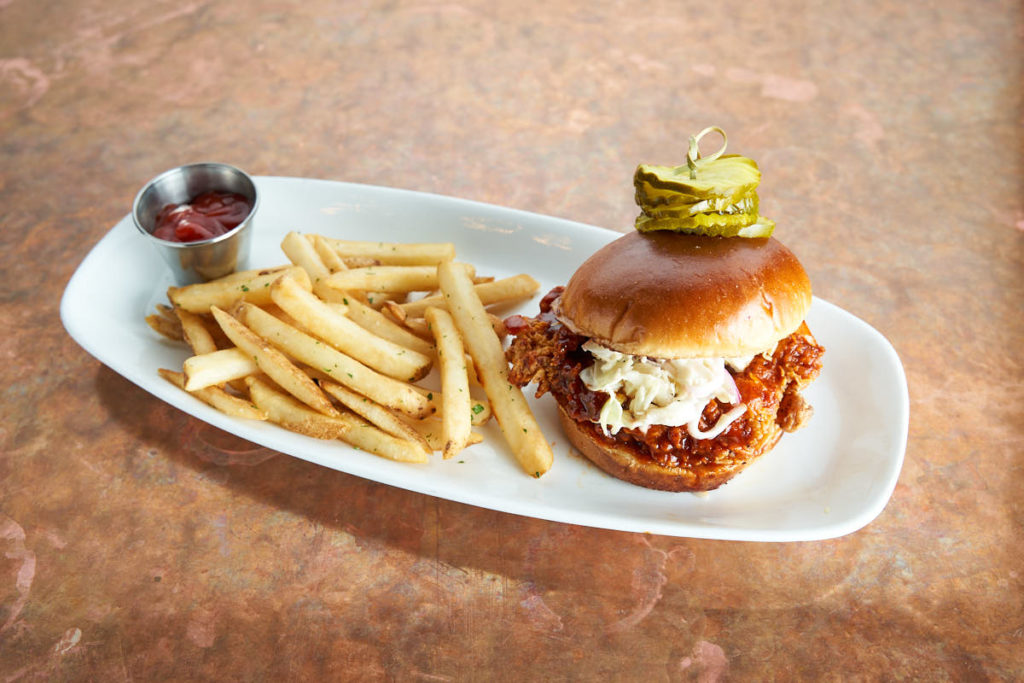 Andrea Bowers On Art And Activism As MCA Retrospective Opens

“For a quarter-century, through the ever-changing social and cultural climate, Bowers has forged lasting bonds with queer and trans folk, fighters for abortion rights, radical environmentalists, immigration advocates, Native activists and scholars across generations,” writes the New York Times. “I’m literally making work about activism and activists,” Bowers says. “I just offer my services, if they’re useful, and see if they’re OK with me also making some art.” Writes Siddhartha Mitter in a studio visit with Bowers, “The cultural terrain is shifting, and Bowers said she is still finding her footing. ‘I feel like everyone in my generation is trying to understand the younger generation’s relationship to trauma… I come from the age of appropriation; I come from no censorship of art at all costs. And now that’s not the same: Someone’s trauma is more important that the censorship of an artwork. I’m in that shift, and I’m thinking about it.” Exhibition details here.

Architectural Digest picks a hundred “leading visionaries, icons and innovators from the United States and around the world,” including, from Chicago, Studio Gang and Nate Berkus Associates.

Live Nation Says It Won’t Have A Venue In Lincoln Yards, But Will Still Be Involved In Development

“Ald. Brian Hopkins said Live Nation would not have an ownership stake in any Lincoln Yards venue, but the controversial promoter could be involved in the development in other ways,” reports Block Club Chicago. “They were originally going to be a vested owner, and that’s been changed. Now what that means going forward to things like booking, artist management, will Live Nation artists eventually be able to play at Lincoln Yards venues, all that I think remains to be determined,” Hopkins is quoted as saying. “As much as the independent venues don’t like Live Nation, it’s a multibillion dollar international conglomerate, and it’s beyond the purview of one alderman to completely eliminate them from the city.” Hopkins said that criticism from the Chicago Independent Venue League is just an “effort…to prevent the deal from going forward…At this point, the agreement has been signed, it’s a contractual relationship between the city of Chicago and the developers to construct this project, so they can’t unring that bell as much as they’d like to.”

Chicago magazine sights six up in the air.

“Leonard Sherman joined the commercial real estate firm that his father had founded in 1922, Benj. E. Sherman & Sons, which now is known as Sherman Residential,” reports the Tribune. “Sherman expanded the firm’s business to include larger commercial office buildings in the Loop and big condominium developments. With a partner, Oscar Brotman, Sherman also developed movie theaters around the Chicago area, including the Oasis Drive-In in Des Plaines and the Lincoln Village Theatre on the Far Northwest Side.” He acquired other movie houses, including the Loop Theater and the Tivoli Theatre in Downers Grove. “Among the promotional stunts he staged with Brotman was bringing a live porpoise to splash around in front of the Loop Theater [for 1963’s] ‘Flipper.’ In 1963, Sherman and Brotman bought the Aragon Ballroom in Uptown and converted it to a roller rink. They subsequently operated it as a boxing arena and as a wrestling arena before selling the building. In 1977, Sherman sold his stake in the theaters to Brotman, but continued running Benj. E. Sherman & Sons. He retired in the mid-1990s, selling the firm to his son.”

Landmark Theatres has entered into a long-term lease for the former Arclight Theatre at The Glen Town Center in Glenview, with plans to reopen the ten-screen venue after a $2.5 million remodel, supported by the city of Glenview. “We are excited to extend our brand in the Chicago market and to work with the city to create a more luxurious, upscale environment,” Landmark president Paul Serwitz says in a release. Landmark Theatres operates the Century Centre Cinema in Chicago and Renaissance Place Cinema in Highland Park. Landmark’s entry into Glenview is supported by the economic development strategic plan process called Glenview Connect. “The Glenview Connect process was all about listening to the community regarding their vision for Glenview, and there was overwhelming support to keep a movie theater in The Glen Town Center,” said Village President Mike Jenny. “The presence of a movie theater supports the vibrancy of the area, the nearby restaurants and the overall shopping center experience at the Glen.”

Airbnb is renting an “overnight stay in the home that made Macaulay Culkin’s Kevin McCallister character a household name, Winnetka’s ‘Home Alone’ house. Four guests will get the opportunity to relive their favorite scenes” from the thirty-one-year-old movie on December 12, reports the Trib. WGN-TV has some more pictures.

Introducing her first issue of Poetry magazine, guest editor Suzi F. Garcia writes, “This is just the start of my editorship (my first issue!), and I hope to continue… conversations around expectations. Because irrespective of age or emerging status, I am wowed by the poets in this issue who are lending their perspectives, their voices, and their craft to shape poetry now and into the future. They are each cutting a path, and I look forward to following wherever their poetry leads.”

ALA Providing Legal Support For Libraries Where Books Are Under Attack

“The American Library Association says it has provided legal guidance and support to libraries [affected] by the ‘dramatic uptick’ of attempts to remove books concerning LGBTQ issues and people of color,” reports CNN. “Since June 1, the ALA’s Office for Intellectual Freedom has tracked 155 incidents across the country and has provided support and consultation in 120 of those cases, the association said. ‘We’re seeing an unprecedented volume of challenges in the fall of 2021,’ said Deborah Caldwell-Stone, director of ALA’s Office for Intellectual Freedom. ‘In my twenty years with ALA, I can’t recall a time when we had multiple challenges coming in on a daily basis.'”

“In many regions of the country, there is no local news coverage at all, or next to none. These areas have come to be known as ‘news deserts’—a term used by academics and researchers to refer to areas where coverage of the community by local news outlets is minimal or nonexistent. It’s in such places that the collapse of local news is being felt most dramatically,” writes media columnist Margaret Sullivan in the Washington Post Magazine. “Then again, even if you don’t live in a defined news desert, you may have noticed that your regional paper long ago ditched actively covering your community if it is outside the immediate city and first-ring suburbs… There is no single answer to this crisis. Any solution, if there even is a solution, will require a multifaceted approach. But before local news can be saved, or successfully reinvented, one thing is absolutely necessary: American citizens must understand the existential threat local outlets are facing — and the incalculable value that their journalism brings to our democracy.”

The Museum of Contemporary Art Chicago has announced the return of live performances in the museum’s Edlis Neeson Theater with three works launching the On Stage series, a contemporary performance series that will be presented by the MCA every spring and summer. The spring On Stage series will present live and digital performance works curated around a relevant theme. This spring’s suite, “On Stage: Entanglement,” features performances that offer reflections on human connection, emphasizing “care, responsibility and vulnerability, and the shifting social dynamics of a post-pandemic world.” The works are by disability arts ensemble Kinetic Light with choreographer Alice Sheppard, theater collective Mammalian Diving Reflex/Darren O’Donnell, and performance artist Autumn Knight. The three in-person works take place over six weeks in the Edlis Neeson Theater with some performances also presented as livestreams. “On Stage: Entanglement” runs on dates from March 24 through May 8, 2022 and is organized by MCA curator of performance Tara Aisha Willis.

“Magdalena Slowik, our Director of Development and beloved friend, passed away October 7,” Illinois Humanities reports in its newsletter. Slowik “joined us in January 2020, and saw us through one of the most challenging periods in our organization and nation’s history. Her generosity and genuine devotion to the greater good inspired us throughout the time we knew her—and will continue to inspire us as we celebrate her memory.” She “was deeply passionate about: the power and importance of local journalism—especially for small communities; the power of shared experiences like book groups and travel to inform and strengthen our collective civic fabric; and the importance of making room for, and supporting our youngest humanists.”