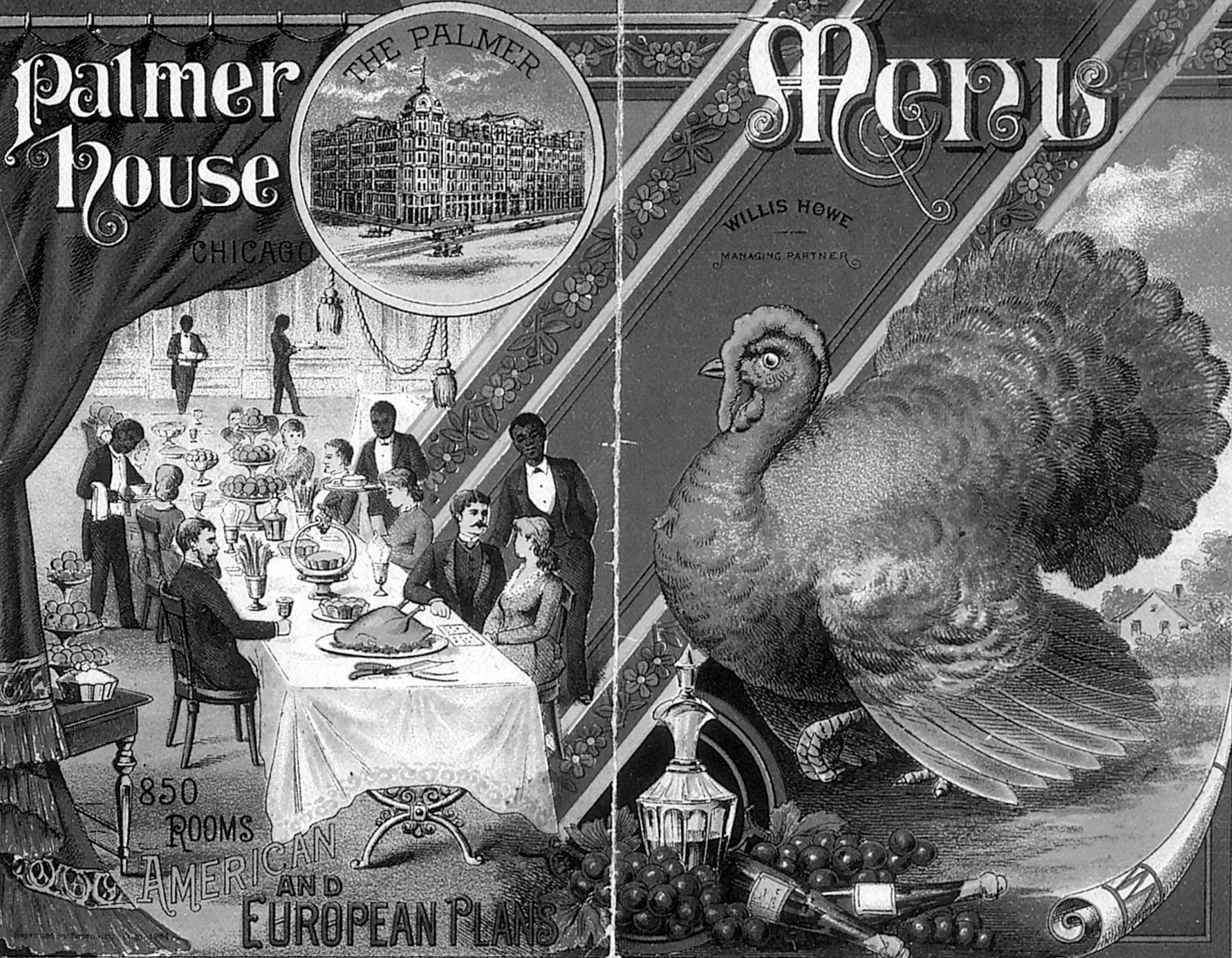 Two exhibitions at Wrightwood 659 have been extended through February 26, 2022, including “Romanticism to Ruin: Two Lost Works of Sullivan and Wright,” a critically-acclaimed dual exhibition exploring two of these architects’ long-demolished masterpieces: Louis H. Sullivan’s innovative Garrick Theatre, which stood for only sixty-nine years at 64 West Randolph, and Frank Lloyd Wright’s Larkin Administration Building in Buffalo, which stood for just forty-four. Concurrently: “Shahidul Alam: We Shall Defy,” an exhibition of images and texts on the life and work of the renowned Bangladeshi photojournalist, teacher, writer and activist Shahidul Alam, whose efforts on behalf of human rights have provoked accolades and imprisonment. Advance tickets (required) here.

Jeffrey Wolin debuts “Faces of Homelessness,” new work at Catherine Edelman Gallery in his fifth solo exhibition. The show opens December 10 and runs through February 5, 2022. “For more than thirty years, Jeffrey Wolin has combined photographic portraiture with autobiographical texts, exploring issues about memory, identity, and trauma. Beginning in 1985, Wolin turned the camera on himself, writing personal stories directly on photographs that related to his life. Soon after, he began photographing residents at a housing project in Indiana, Holocaust survivors, and American and Vietnamese war veterans, combining portraits and personal histories directly on the photographic surface. His newest series examines the homeless crisis and its complicated realities.” An opening reception with the artist is Friday from 5pm-7:30pm.

The Palmer House will celebrate its 150th anniversary on December 8, with an open house event, inviting guests to explore the hotel’s collection of prized artifacts and learn about its history. “The date also marks National Brownie Day, and guests of the event will be able to enjoy the chocolate fudge confectioner treat—invented at the hotel in 1893. The lobby will open to the public at 11am with special remarks from Hilton executives and managers. Additional speakers commemorating the sesquicentennial celebration include Larry Horwitz of Historic Hotels of America as MC. More here.

The city fronts real estate “think tank” Urban Land Institute $20,000 for ideas, which “include introducing Parisian-style cafes and independent, one-of-a-kind shops. The street could benefit from a pedestrian bridge to Oak Street Beach and better connections to Navy Pier,” reports David Roeder at the Sun-Times. “And the mile-long stretch may indeed be magnificent, but it might be too long and could be broken up into distinctly branded sections, including one mixing show business with selling—hence, a new term, ‘merchantainment…’ The panel was chaired by Alicia Berg, a city planning chief under former Mayor Richard M. Daley and current assistant vice president at the University of Chicago.”

“Nobody Wants A Gas Station Here”

Ukrainian Village homeowners stop a small business two blocks from Smith Park, reports Block Club Chicago. “A gas station derided by neighbors will not come to a busy intersection after the developer abruptly announced he would not move forward with the project. More than fifty neighbors packed a community meeting held by Ald. Walter Burnett… to oppose the proposed development, which would have installed three gas pumps and a one-story convenience store at the southwest corner of Grand and Western… Developer Zafar Hussain, operating under the name Cubby Mart Inc., was behind the project.”

Brian Mita, 43, the chef behind Bucktown Japanese restaurant Izakaya Mita, died Friday after a two-and-a half-year battle with cancer, reports Eater Chicago. “Mita, a native of the northern suburbs, ran the restaurant alongside his mother, Helen. It closed during the pandemic but reopened in October as Mita faced his own mortality. He badly wanted to see customers fill the space before his health declined further.”

A yearlong celebration of fifty years of the Film Center will exhibit fifty films, in chronological order, mostly on 35mm. “Incorporated in 1972, the Gene Siskel Film Center of the Art Institute of Chicago turns 50 in 2022. Throughout the year, the Film Center will celebrate a half century of carefully curated international, independent, and classic film exhibition, with special programs that commemorate the past, present, and future of film and filmmakers,” the institution relays in a release. “Kicking off the Film Center’s 50th anniversary celebration is ‘50/50,’ a yearlong series commemorating each year of the Film Center’s history. The films will be presented on Monday nights at 6pm, beginning on January 3 with Rainer Werner Fassbinder’s ‘The Bitter Tears Of Petra Von Kant’ (1972); and conclude Monday, December 19, 2022 with a film from 2021. From films that hold significance to the Film Center’s history, to films that were cultural touch points in a particular year, from art house favorites to locally connected stories, ‘50/50’ invites audiences to steep themselves in a history of cinema. ‘To properly celebrate our five decades of film exhibition, we knew we couldn’t choose a single film, a single decade, or a single filmmaker. This series allows us to take a journey through our history, as well as film history,’ says director of programming Rebecca Fons. ‘”50/50″ is a nostalgia trip, a cinema education, and an excuse for us to show some of our favorite films on the big screen again.” More here.

“Hundreds of people poured into the Rockefeller Memorial Chapel at the University of Chicago on Sunday to celebrate the ‘life of jazz and social justice’ of the late historian Timuel Black,” reports Manny Ramos at the Sun-Times. “‘Tim truly loved his life. It was a great life,’ his wife, Zenobia Johnson-Black, told the crowd. ‘He would often say “I done the best I could. We couldn’t accomplish everything—there is still so much to do.”’ Johnson-Black said her husband was at peace with himself near the end of his life, because he had ‘lived up to his own standards’ and had faith that a new crop of young civil rights leaders would sprout to continue the fight for equality.” The Tribune has a photo gallery. Block Club: “Several hundred people gathered to share memories of Black and perform in his honor Sunday during a three-hour public memorial one speaker likened to a public television special… just two days before Black would have turned 103.”

“I had set out this library for all who lived here, and even for those who didn’t… I would not want to restrict anyone from looking at it or taking books, based on race or anything else. But while I had seen white newcomers to the neighborhood here and there, the truth was, I hadn’t set it out to appeal to white residents,” Los Angeles writer Erin Aubrey Kaplan says in a New York Times op-ed. “Now that they were in front of my house… I didn’t know how to feel. By bringing this modern cultural artifact here from white neighborhoods, had I set myself up, set up the neighborhood? Was I contributing to gentrification and sending the wrong message about how I wanted the neighborhood to be? What I resented was not this specific couple. It was their whiteness, and my feelings of helplessness at not knowing how to maintain the integrity of a Black space that I had created. I was seeing up close how fragile that space can be, how its meaning can be changed in my mind, even by people who have no conscious intention to change it. That library was on my lawn, but for that moment it became theirs.”

Triibe columnist and activist Bella BAHHS was barred from the Jussie Smollett trial for two days last week, reports the Trib. In an email, “The judge issued a statement late Friday evening within an hour of a Tribune report. [He] ‘did not intend to ban anyone from the courtroom, but asked that the person in question not be in the first row…’ BAHHS told the Tribune last week that she was asked to leave the courtroom shortly after she gave an interview to reporters in the lobby of the building… [She] was told by the media representative that the judge wanted her to leave the courtroom. BAHHS said she was escorted out of the courthouse. When she returned Thursday to attend the trial again, she was again escorted out of the building. The Cook County sheriff’s office confirmed in a statement that Linn made a ‘verbal’ order barring ‘an individual seated in the gallery of his courtroom from the George N. Leighton Criminal Court Building for the remainder of the trial of Jussie Smollett’ and that sheriff’s deputies had escorted this person out in compliance with the order. BAHHS said she felt physically threatened and violated by her removal because the guards were armed.”

“Duke It Out!” Nutcracker Adaptation Returns