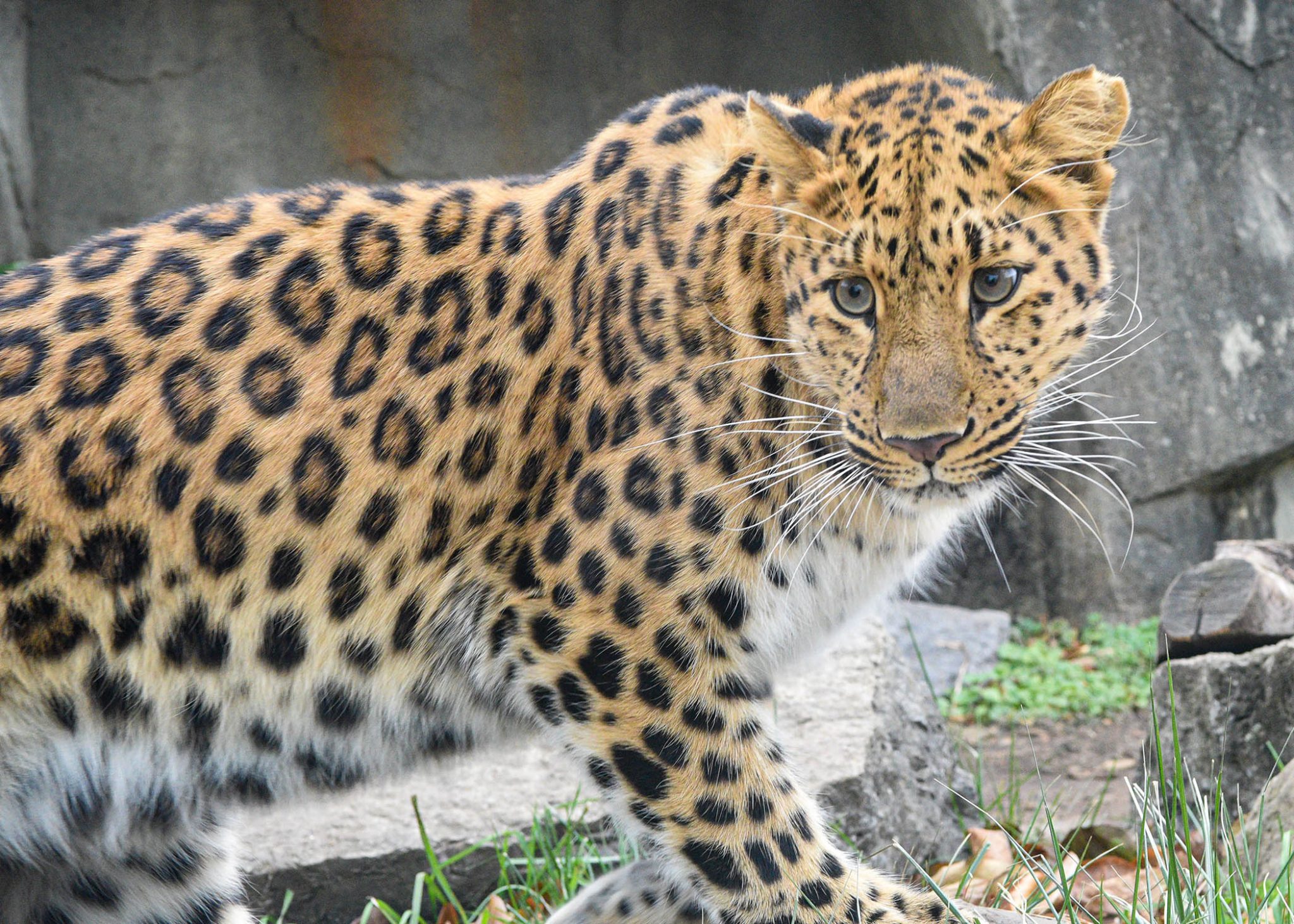 “Art And Race Matters: The Career of Robert Colescott” At Cultural Center

Blum & Poe join the City of Chicago Department of Cultural Affairs and Special Events in “Art and Race Matters: The Career of Robert Colescott,” the first comprehensive retrospective of Robert Colescott, one of America’s most compelling and provocative artists, now at the Chicago Cultural Center. “In his large-scale paintings, Colescott confronted deeply embedded cultural hierarchies involving race, gender and social inequality in America with fearless wit and irony,” the gallery relays in a release.

“This exhibition brings together over fifty paintings and works on paper spanning fifty years of Colescott’s prolific career. ‘Colescott’s work has never been more relevant,’ says Lowery Stokes Sims, co-curator of the exhibition with Matthew Weseley. ‘He expanded modes of Black representation in art, and questioned aesthetic and social values that have determined the perception of the Black body. His masterful appropriations of art history address the suppression and distortion of the contributions of Black people in world art and history, offer us a means—if we are up to the task—to forthrightly confront issues of identity, social mores, capitalism and colonialism in the current American landscape.’ ‘Art and Race Matters’ invites a renewed examination of the artist, whose work is still as challenging, provocative and relevant now as it was when he burst onto the art scene over five decades ago. ‘Art and Race Matters’ also explores prevalent themes in Colescott’s work, including the complexities of identity, societal standards of beauty, the reality of the American Dream and the role of the artist as arbiter and witness in contemporary life.” More here.

“The city is buying a six-acre plot of land in Pilsen to build at least 280 units of affordable housing,” reports Block Club Chicago. “The venture comes as Chicago leaders announced new city investments into affordable housing, bringing the year’s tally up to $1 billion… The Pilsen site at 18th and Peoria is the ‘single largest parcel of vacant developable property’ in the neighborhood, according to a city news release.”

A spokesperson for the National Christmas Tree Association says that “The shortage talk has been going on for the fifth year now. And those of us at the NCTA have tried to put water on that fire, but it just doesn’t work,” Newsnation reports. “People were very accustomed to seeing hundreds of trees on tree lots all the way through Christmas Eve and even the week of Christmas. That’s not a good sign for us of course,” the spokesperson tells the outlet. “It wasn’t that demand was down, we had just planted a lot of trees… There are fewer trees in Christmas tree lots than there were twenty years ago, but that’s a good thing. There’s less waste as supply better matches up with demand.” The report continues, “The overabundance of Christmas trees meant farmers couldn’t raise prices. That made profit margins slim, so… many family-run operations were shutting down… Christmas trees take at least seven or eight years to grow before they can even be sold as a young tree… That’s why people started to feel the effects of the 2008-09 recession a few years ago.”

Chicago’s Oldest Restaurant, The Berghoff, Has 123 Years Of Christmas Tradition

“The holiday season at the Berghoff is where many of Chicago’s [family traditions] were born,” reports WGN-TV. “Complete with Santa visits, the Berghoff celebrates the Bavarian traditions known as Die Weihnachtsgurke (hiding the little pickle ornaments throughout the Christmas trees in the restaurant). Those young at heart who find the pickle will not only receive good luck for a year but can order [their] Famous Berghoff Root Beer for $1, [which] will be directly donated to benefit the foster children of the SOS Villages of Illinois.”

“Months after Chef Luciano closed its doors, Virtue Chef Erick Williams is carrying on its tradition of American takeout with Mustard Seed Kitchen,” reports Block Club Chicago. “Williams took over the space from the previous owners of the Near South Side restaurant… with their blessing. Many of Chef Luciano’s employees have stayed on for the new venture. Known for comfort food staples like chicken and pasta, Chef Luciano was among many restaurants struggling to remain open during the [early days of the] pandemic.”

“Experts [say] supply chain issues could translate to higher prices at grocery stores and restaurants,” reports WGN-TV. “Already, the price of chicken tenders has risen nearly a dollar a pound. And, because tenders [require] more processing and packaging than chicken nuggets, restaurants may take them off the menu. Authorities say a labor shortage and illegal price fixing are … factors in the shortage [but] the National Chicken Council says there is no shortage, just a tight supply.”

“Kalamazoo Craft Beverage Week is back so beer, wine, and spirits lovers can mark their calendars for January 29-February 6,” Discover Kalamazoo relays in a release. “The countywide event has occurred annually for over ten years under the name Kalamazoo Beer Week and was renamed Kalamazoo Craft Beverage Week in 2020. The modification allowed for the participation of more Kalamazoo makers, adding local distilleries and wineries to join in with the breweries and celebrate the craft beverage industry as a whole. ‘This weeklong event is a great way to highlight our local craft beverage makers and partners around Kalamazoo county and encourage both our residents and visitors to enjoy Kalamazoo’s craft beverage scene,’ said Dana Wagner, of Discover Kalamazoo, the organization that manages Beverage Week.” More here.

Writer, producer and actor Lena Waithe and her company Hillman Grad Productions have extended their partnership with job site Indeed to invest in Black, Indigenous and People of Color (BIPOC) filmmakers. Indeed is investing $3 million, tripling its initial investment from ‘Rising Voices Season One,’ by adding a second season and a filmmaker residency program to expand its support of diverse stories. “We are thrilled to be bringing back the Rising Voices program with our partners at Indeed,” Waithe and Hillman Grad president Rishi Rajani are quoted in a release. “This year’s brilliant films and filmmakers proved that there are so many stories out there to tell and so many artists ready to tell them. Creating these opportunities for underrepresented voices and kickstarting their careers is fundamental to our mission here at Hillman Grad. We are grateful to Indeed for their trust in us as we continue this initiative. $100,000 per film. Ten films. Year two applications are open now!” Details here.

“A new biography by first-time author Ann Marks, who became fascinated by Vivian Maier after seeing the 2013 Oscar-nominated documentary ‘Finding Vivian Maier’… suggests that a lot of what we think we know about Maier may be wrong,” reports Lynette Smith at Chicago magazine. “In ‘Vivian Maier Developed: The Untold Story of the Photographer Nanny,’ Marks dived into exhaustive genealogical research, analysis of all 140,000 of Maier’s extant images, and other personal records to offer a portrait of a woman who ‘overcame tremendous family obstacles to lead a full, satisfying life on her own terms.'”

The two local journalistic entities are “completing the diligence” on their “new model of local nonprofit journalism” and hope to wrap up a merger by the end of the year, reports Robert Feder. Employees were told they’ll hear more at a Thursday staff meeting.

“Chicago’s Department of Cultural Affairs launched ‘Music Lives Here‘ this summer, a list and map of fifty historical music sites around town,” reports Monica Eng at Axios, looking at ten of the locales. “Compiled by Aaron Cohen, author of ‘Move on Up: Chicago’s Soul Music and Black Cultural Power,’ the project organizes Chicago’s vast musical history into an easy format for learning and enjoyment.”

“Kanye West and Drake are preparing to share the same stage for the first time since squashing their longstanding beef at the Free Larry Hoover benefit concert in Los Angeles Thursday, December 9,” reports Complex, collating a string of tweets. The event will also stream in theaters, including IMAX screens. More on the benefit for the Gangster Disciples co-founder from Variety: “The event’s poster, with the caption ‘God’s plan,’ was shared on West’s Instagram. On the L.A. Coliseum’s event page, it reads that the historic concert will ‘raise awareness and support for Larry Hoover and the cause of prison and sentencing reform.’ Hoover, the co-founder of Gangster Disciples, was found guilty of murder, extortion and money laundering among other charges in 1997 and is serving six life sentences. West has been working to free Hoover for some time now, having asked Donald Trump in 2018 to grant Hoover clemency.”

“William J. Norris, the first actor to play Scrooge in the Goodman Theatre’s annual ‘Christmas Carol,’ has died, said B.J. Jones, the artistic director at Northlight Theatre,” reports the Sun-Times. “’He’s one of the founding fathers of the Chicago Theater movement,’ Jones said. Robert Falls, the artistic director of the Goodman, called him a ‘brilliant actor’ in a Facebook tribute. ‘Terribly sad. What a brilliant actor! So many of his performances are the stuff of legends — those early Stuart Gordon Organic shows, and of course his profound Scrooge that anchored the Goodman production for so many years.’ During a versatile career of nearly forty years, Norris appeared on stages in Europe and around Chicago, including Chicago Shakespeare Theater, the Marriott Theatre in Lincolnshire and Victory Gardens, his Goodman biography says.”

“If approved, the [two percent] city tax would bring the total rate on gross revenues from sports betting in Chicago to nineteen percent. Such revenues already are taxed at fifteen percent for the state and two percent for Cook County,” reports the Sun-Times. “Chicago would impose its own two percent on gross revenues from sports betting—bringing the total tax collected in the city to nineteen percent—under a revised ordinance poised for City Council approval this week, a move that did nothing to appease casino magnate Neil Bluhm.”

“Mina (pronounced Mee-nah), a two-year-old Amur leopard, arrived at Brookfield Zoo from an accredited zoo in New York,” the Chicago Zoological Society announces in a release. “Since her arrival, she has been getting acclimated to her off-exhibit space as well as the animal care staff. Recently, she was given access to her outdoor habitat, where guests can now see her during the morning and early afternoon hours every other day. She has physical features that distinguish her from the zoo’s two other Amur leopards—Lisa and Sasha. Mina’s tail is longer than Lisa’s, and it does not have the distinctive curl guests can see at the end of Sasha’s tail. She also has white toes on her back left paw and a small notch missing from the top of her left ear. Mina will eventually be paired with Sasha in early 2023, who is nearly 2 years old. The pairing of the adults is based on a recommendation by the Association of Zoos and Aquariums’ Amur Leopard Species Survival Plan (SSP). An SSP is a cooperative population management and conservation program for select species in accredited North American zoos and aquariums. Each plan manages the breeding of a species to maintain a healthy and self-sustaining population that is both genetically diverse and demographically stable,” the release relays.

“The Amur leopard is critically endangered with fewer than a hundred individuals left in the wild. Threats to the species include illegal wildlife trading, habitat loss and fragmentation due to deforestation, climate change, and retribution hunting. The Amur leopard’s entire estimated range is about 965 square miles. Today, the species can only be found in the border areas between the Russian Far East and northeast China. They are the northernmost subspecies of leopard in the world and are often mistaken for snow leopards. Amur leopards live in temperate forests with cold winters and hot summers, and typically rest in trees and dense vegetation or among the rocks during the day.”