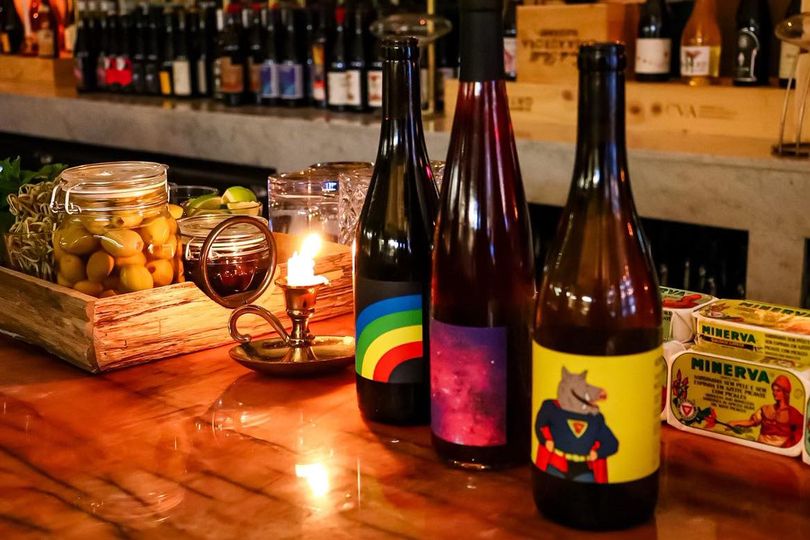 The John Michael Kohler Arts Center in Sheboygan has announced that Arts Center Director Sam Gappmayer will retire February 28, 2022, and associate director Amy Horst will assume the directorship on March 1, 2022. Gappmayer has served as director since 2016. He followed longtime director Ruth DeYoung Kohler II, who had stepped aside to focus on creating a second JMKAC building dedicated to the presentation and study of artist-built environments. “Thanks to Sam’s leadership, the Arts Center continues to fulfill Ruth Kohler’s vision that art, in all iterations, has the power to change lives for the better,” says JMKAC board president Tony Rammer in a release. “Amy Horst, with her years of working beside Ruth in the creation of programs and exhibitions, is uniquely qualified to carry that legacy forward.”

Highlighting Gappmayer’s leadership at the Arts Center is the June 2021 opening of the Art Preserve; after Kohler’s death in November 2020, Gappmayer led the Art Preserve project to completion. “Upon its opening, the Art Preserve drew praise from national and international press, the public, and museum professionals for its innovative presentation of JMKAC’s renowned collection of art environments. During Gappmayer’s tenure, the John Michael Kohler Arts Center also achieved American Alliance of Museums accreditation, developed an online model of art engagement that will expand access points beyond the pandemic, and instituted a plan to institutionally address diversity, equity, and inclusion,” the Center relays. “Amy Horst worked closely with Ruth Kohler in mission fulfillment and program development initially as community arts coordinator and later as associate director. Horst has led all programming areas of the Arts Center, including exhibitions and collections, the Arts/Industry residency program, education, and community arts since 2012.”

South Side Weekly reports on the state of surveillance in Hyde Park and surrounding neighborhoods.

“Nineteen aldermen signed on this week to a City Council resolution aimed at improving public restroom access in Chicago, a long-standing problem,” reports the Trib.

After paying almost $3 million for a North State Parkway mansion its buyers learned it came with a rare requirement: “Most changes to the interior have to be approved by a landmarks group. They’re now suing over how much that cuts into the home’s value,” Dennis Rodkin reports at Crain’s.

“GoodFunk is the latest submission the Bonhomme Group, the local hospitality company behind popular spots like neighboring sister restaurant Beatnik on the River, Michelin-starred Porto in West Town, and Spanish restaurant and sherry bar Mama Delia in Wicker Park,” reports Eater Chicago. “Perched inside the 109-year-old Great Lakes Building overlooking the Chicago River, GoodFunk aims to become a beacon for downtown drinkers looking to break their routine with an ever-changing list of unadulterated, unpretentious micro-batched wines from around the world, says Colin Hofer, director of wine and education. That means that instead of returning to the same aging bottles again and again, patrons will on each visit likely encounter fresh offerings from a wide swath of countries not generally associated with wine, such as Mexico, Hungary and Croatia.”

“’The Now’ is a fourteen-episode comedy series, directed by Peter and Bobby Farrelly. It stars Dave Franco, O’Shea Jackson Jr., Daryl Hannah and Jimmy Tatro. It was originally set to debut in 2020 on Quibi, but it moved to The Roku Channel due to Quibi’s shutdown in December 2020,” reports Our Quad Cities. Bill Murray has a recurring role on the cast-off product.

The Barnes & Noble store at Old Orchard will close on Christmas Eve after twenty-seven years, reports Patch. “The mall’s owner, Unibail-Rodamco-Westfield, plans to redevelop the site and decided not to renew the retailer’s lease… ‘We are doing everything we can to find a new store in this area and are very close to announcing a new location,'” a statement posted by staff said.

The former owners of Myopic Books, Joe Judd and his wife, Lisa, opened Tangible Books at 3324 South Halsted. “When the couple decided to return to Chicago, well-wishers contributed nearly $9,000 to help cover the costs of relocating their central Illinois bookshop up north. Judd said they opened the Chicago shop’s doors to the community even though they are still making weekend trips to transport the rest of the books and bookcases to the city,” reports Block Club Chicago.

“Horror is not too strong a word for how the news hit me. Alden Global, the most rapacious of the ownership groups currently wrecking local newspapers, wanted to buy my old paper, the Buffalo News,” writes Margaret Sullivan at the Washington Post. “Alden slashes newsroom staffs, sells off its real estate and focuses on wringing out the last possible drop of revenue while ignoring long-term sustainability, hence earning the name ‘vulture capitalists.’ I knew this from years of covering the news media and from writing a book about the dire effects on our democracy when local news declines. In short, we become more politically polarized and less engaged in our communities. Democracy itself is suffering as local news fades… As one of my Post colleagues darkly predicted, we still know what’s going to happen in the end; all that’s really happening now is haggling over the price.”

“We regret to inform you that due to COVID-related illness within the cast and crew we need to cancel all ‘Cinderella’ performances through Wednesday, December 22,” the Paramount Theatre announces. “We have scheduled additional performances to offer more performance options. We apologize for having to do this. Thank you for your understanding during these challenging times.” Earlier, several other theaters canceled performances as well, including the Joffrey Ballet’s “The Nutcracker.”

“The audience at [Thursday night’s] performance of Broadway’s ‘Moulin Rouge!’ was seated and waiting for the music to start when the show was canceled due to a positive COVID test result within the company,” reports Deadline. “The audience was ushered out of the Al Hirschfeld Theatre… The cancellation was just the latest—though certainly the most dramatic—in Broadway’s new wave of COVID-caused pauses this week.” Tweets Washington Post critic Peter Marks: “The consequences are exacerbated by the timing: the holidays are a period in which theaters build a financial head of steam to get through the normally rock bottom attendance months of January and February.”

“There’s a sense of no plan. That’s what’s most concerning to the business community,” the Chicagoland Chamber of Commerce head claims, reports Fran Spielman. “Our businesses—and it’s not just retail as you hear on the Mag Mile. It’s restaurants, offices returning to work, banks. They want to know how are we gonna solve the violence and the public safety problem this week. This weekend. Tomorrow… The state’s attorney just said she’s gonna relook at the threshold for prosecuting retail thefts. Those are the kinds of things that [can happen] if we all get together to put a plan in place and see where we’re having a problem, and then try to work together. How are police arresting people? How are they being prosecuted? What do they need to prosecute?”

“A divided City Council agreed to lift the Chicago ban on sports betting and impose a two-percent tax on gross revenues… paving the way for sportsbooks to open in and around Soldier Field, Wrigley Field, Guaranteed Rate Field, the United Center and Wintrust Arena,” reports the Sun-Times. “Laura Ricketts of the billionaire family that owns the Cubs… reiterated that the Cubs are ‘ready to go today’ on a $100 million partnership with DraftKings that will pave the way for Wrigley Field to house the first stadium sportsbook in Major League Baseball in time for the 2023 season. ‘Every sports venue is looking for ways to contribute to the economic health of our neighborhoods on non-game days… This ordinance will attract more people on days when we don’t have games and generate more activities on game days themselves.”

“A state panel turned down a controversial request from the corporate owner of Arlington International Racecourse to keep operating its off-track betting parlors even though it’s sold the storied oval to the Chicago Bears,” reports the Sun-Times. “Churchill Downs Inc. wanted to keep operating six OTBs despite selling the suburban racetrack, but one state regulator said officials ‘should not be enabling them.'”