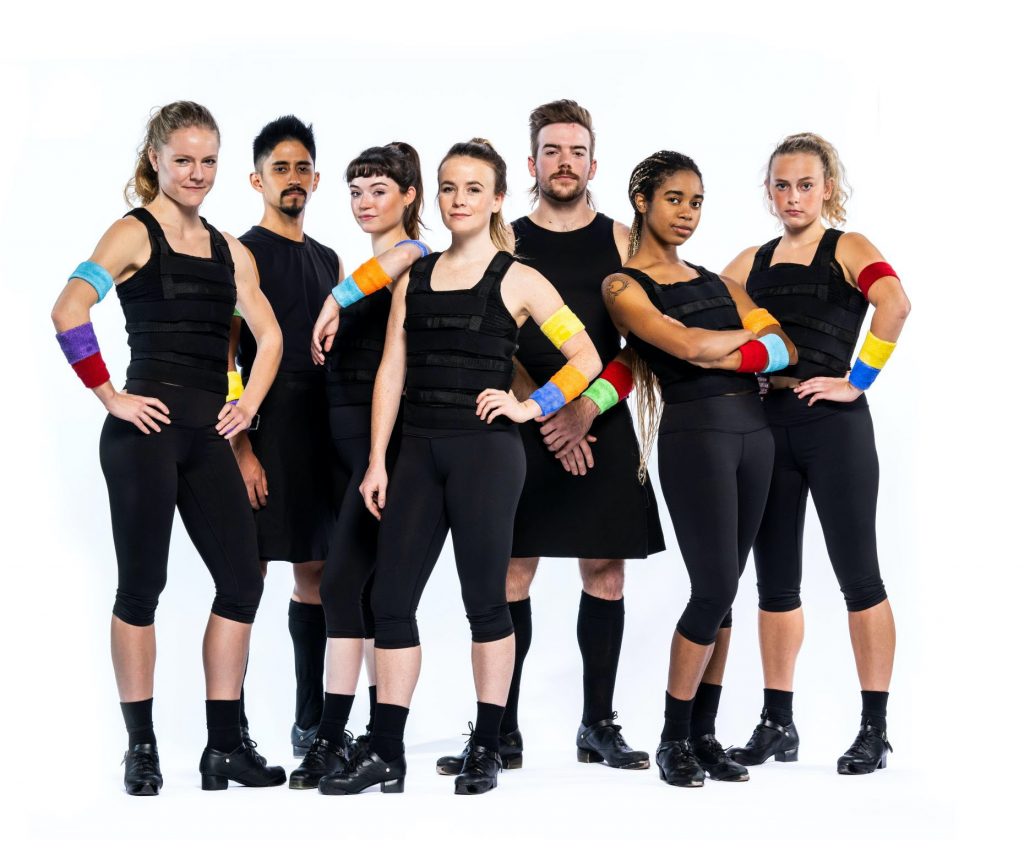 Twenty-three artists have been selected by Madison Museum of Contemporary Art guest curator Fatima Laster for the 2022 Wisconsin Triennial for the exhibition, “Ain’t I a Woman?,” featuring works by Black women artists from Wisconsin. “The Wisconsin Triennial has been known as a celebration of the breadth and range of artistic practices in the state,” MMoCA reports in a release. This exhibition “highlights Black women artists in Wisconsin who expand upon the nature and scope of art production.The exhibition will highlight an intergenerational group of women working across different disciplines, including murals, printmaking, sculpture, painting, performance and textiles.” The theme of the 2022 Wisconsin Triennial “draws much-needed attention to the fact that most racial and gender-based equity and inclusion opportunities in the arts have been dominated by Black men and white women to the exclusion of Black women. The exhibition “expands the discourse and highlights trailblazing women and their work.” More here.

The Star-Tribune reports on “a joint project by the University of Minnesota and the University of Texas Rio Grande Valley. ‘Rhizomes of Mexican-American Art Since 1848’ is an online, open-source portal that houses nearly 20,000 items of art and visual culture from libraries, archives and museums via rhizomes.umn.edu… Six scholars, curators and archivists initiated Rhizomes in 2017, but the project quickly expanded to twenty-five people. Early on, they asked themselves: ‘What do you use when you search for art?’ said Karen Mary Davalos, professor of Chicano and Latino Studies at the U of M. ‘That’s when we learned that it’s a huge project around the country.'”

Charging toward the future: “In a property deal that marks a literal power transfer, an old hub for futures trading in Chicago will become a ComEd substation,” reports David Roeder at the Sun-Times. “The utility has purchased the building at 333 South LaSalle, formerly the largest trading floor of the Chicago Board of Trade. The site has been little used for years because the old open-outcry pits—where brokers and speculators did business via hand signals—have been replaced by electronic markets. ComEd bought the 300,000-square-foot building for $39.5 million.”

Legislation introduced last year to create a national heritage area in Bronzeville is now being reviewed by a subcommittee on National Parks before being voted on by the House and Senate, reports YIMBY. “The bills would create the Bronzeville-Black Metropolis National Heritage Area, becoming one of three in the state and are backed by Representative Bobby Rush and Senator Dick Durbin.”

“Is it OK for people to demolish housing and create open space in transit-served areas, simply because they can afford to do so?” asks Sun-Times reader and University of Chicago urban planning professor Emily Talen. “Many affluent parts of Chicago are moving in this perverse direction—toward lower density and therefore higher housing cost—even in places close to transit. In Lincoln Park and Lakeview, there is an epidemic of destruction of multi-family housing. Demolition and conversion of multi-family units into luxury single-family housing in leafy, transit-served neighborhoods is about the worst direction the city could go. Where does this end? Should the ultra-wealthy be allowed to demolish real estate in this way? What is the impact on small businesses and schools, in addition to affordability?”

“Shams Frough couldn’t believe what he was seeing on the news at the end of August. As U.S. forces prepared to leave Afghanistan, the Taliban were seizing more and more of the country he calls home,” reports the Sun-Times. “Frough owns Kapisa Rugs, an Evanston shop specializing in traditional Afghan rugs… As hundreds of Afghan refugees were arriving in the Chicago area, Frough thought of something he could do: He’s helping to clean and deliver traditional rugs to the homes of the new arrivals… it is a shock when refugees must leave their rugs behind. Having a traditional rug in their new place can help them adjust.”

PBR’s twitter account had words for a dry January, reports Ad Age. “Not drinking this January? Try eating ass!” Adds WGN-TV: “The post was soon deleted from the brand’s account, but not before Twitter users responded with shock, confusion and, in many cases, bewildered amusement. A few brands, including Slim Jim and delivery app Waitr got in on the discussion.” “We don’t eat what we don’t deliver, and we don’t deliver that,” tweeted Waitr. “Pabst appears to have limited its presence on Twitter,” writes WGN-TV. “The brand has only shared a single tweet—which simply reads ‘Beer’—since Monday.”

“TPG Real Estate Partners has completed a deal to acquire a majority stake in Studio Babelsberg AG, the German film studio,” reports The Hollywood Reporter. “The acquisition of the European studio complex comes as the streaming content boom has Wall Street and hedge funds eyeing studio campuses for acquisition… In November, TREP purchased studio campuses in Toronto and Chicago belonging to Cinespace Studios, home to production of major films and TV series… It’s understood that the real estate equity investment arm of asset firm TPG paid around $1.1 billion for Cinespace Studios in Chicago and Cinespace Toronto.”

Deadline reports that a series adaptation of Erik Larson’s 2003 “Devil In The White City” is headed to Hulu; Martin Scorsese and Leonardo DiCaprio, who owns the rights, are among the producers.

The Chopin Theatre in Wicker Park is seeking help, reports Block Club Chicago, to “offset rising expenses and lost revenue from canceled performances.” Chopin artistic director Zygmunt Dyrkacz says the century-old theater has also “decided to cancel the concessions, which are a big part of our budget, just to make it safer.” “Dyrkacz said operating costs have also risen as the team updates air ventilation equipment and implements additional cleaning protocols… ‘We will survive. The question is, how hard it will be to do it?'”

The Auditorium Theatre will present Trinity Irish Dance Company for a one-night-only performance February 5. “This company of diverse and elite performing artists celebrates founding artistic director Mark Howard’s unique vision to fuse vibrant Irish traditions with ever-evolving American innovation,” the Auditorium relays. “We are excited to continue our valued partnership with Trinity Irish Dance Company for many years to come,” Auditorium Theatre CEO Rich Regan says in a release. “TIDC is a wonderful ambassador for the city of Chicago with its international reach and dedication to greater diversity and gender equity in Irish dance.” Founded in 1990, TIDC is a contemporary, Irish-American performing arts company that has “opened up the possibilities for this ancient form, making it relevant to a contemporary audience. The strength of the company’s mission to elevate the traditional form of Irish dance while sending a clear message of female empowerment brings dancers and musicians together from around the world. While the commercial world of Irish Dance celebrates and seeks sameness, TIDC celebrates uniqueness and individuals who will bring the work to life in new ways.” More here.

An update from City Lit producer and artistic director Terry McCabe: “We will strictly follow CDC recommendations in all matters. If this means we should cancel performances, we will cancel them. If it doesn’t mean that, we won’t. In the unlikely event that any cast or crew member tests positive and reports symptoms, I will cancel as many performances as necessary to make sure we get back on solid ground—even if that means the entire rest of the run… The CDC says that, second only to vaccination, the most important thing is ventilation (or air filtration if you can’t ventilate). Our space has windows along one wall, so we can ventilate easily. We will continue to open windows after each performance and use fans to move air in and out to circulate fresh air in for the next performance. The CDC estimates that, depending on the size of the room, good ventilation should take sixty to ninety minutes to achieve a 100% exchange of old air for new; we let ours run for twelve hours.” More here.

WTTW surveys what’s exempt from vaccination requirements: “Houses of worship; grocery stores (with a caveat about indoor dining sections); locations in O’Hare and Midway international airports; K-12 schools and childcare settings; locations in buildings where use is limited to residents, owners or tenants; food service establishments providing only charitable food services, such as soup kitchens; hotels (indoor dining sections are not exempt).”