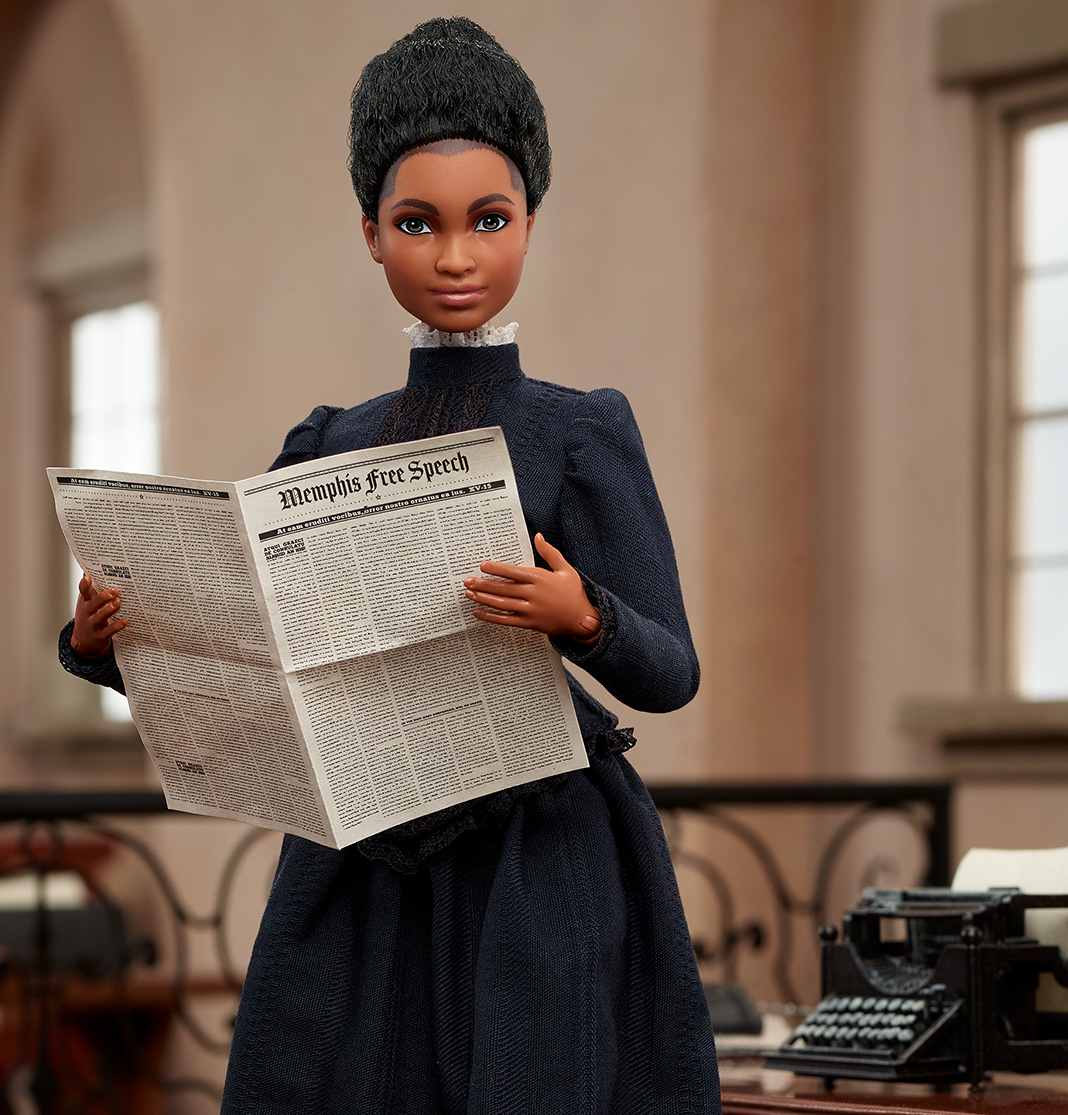 “Employees at the School of the Art Institute of Chicago have voted to unionize, a day after museum staffers affiliated with the American Federation of State, County and Municipal Employees,” reports the Sun-Times. “The school’s employees voted in an election of mailed-in ballots supervised by the National Labor Relations Board. The NLRB said the vote tally was 115-48, with 44 ballots not counted due to management challenges.” ARTnews: “The Art Institute union will be the first group of its kind at a major museum in Chicago. It comes amid a larger push by workers in institutions across the U.S. Earlier this week, workers at the Jewish Museum in New York announced a push to unionize. Similar efforts are also underway at the Brooklyn Museum, the Guggenheim Museum, and the Baltimore Museum of Art.”

The Andy Warhol Foundation For The Visual Arts has granted $100,000 for exhibition support to Gallery 400 at UIC. “Gallery 400’s mission is to be a contemporary art hub for social interaction, transformative experience, and multi-dimensional learning. Creating a place to connect, Gallery 400 actively positions its exhibitions and public programs as opportunities with which to build community and as avenues for learning in informal social settings.”

Morán Morán has announced representation of formerly Chicago-based artist Cauleen Smith [Newcity Art 50]. Morán Morán exhibited Smith’s work during Art Basel Miami Beach in December, and the artist’s first solo exhibition with the gallery is scheduled for Fall 2022 in Los Angeles. “Cauleen Smith is an artist who makes films, installations, and objects. She actively invites engagement, and with much of the work she employs a purposeful undermining of image and language to elicit contemplation. Smith’s films create worlds that expand on the discourse of mid-twentieth-century experimental filmmaking. Drawing from structuralism, third world cinema and science fiction, she assembles poetic compositions that gently reveal nuanced narratives, both familiar, and oftentimes, purposefully opaque. For Smith, consideration of the audience is an important element of her process, and she uses a full range of media and references to express her belief in utopian potentiality.” More here.

“Barbie honors Ida B. Wells in the Inspiring Women series, spotlighting heroes who inspire us to dream big,” Mattel announces on its Barbie Twitter account. “Born into slavery, she was a journalist, activist & suffragist, telling the stories of injustices that Black people faced in her lifetime. At major retailers by 1/17.” The Sun-Times’ Cheyanne M. Daniels has more.

“Visitors can step back in time by touring Chicago’s Louis Sullivan-designed Garrick Theater in an exhibition called ‘Romanticism to Ruin,’ hosted at the Wrightwood 659 gallery,” reports Axios Chicago. “Chris Ware designed the show. It’s housed in a hidden gem of a museum tucked between residential buildings in Lincoln Park.”

A Cry To Save The Thompson Center Food Court

“The state of Illinois recently sold the Thompson Center… to The Prime Group,” writes Edward McClelland in Chicago magazine. “The sale was celebrated by preservationists, who see the Helmut Jahn-designed [building] as a classic example of postmodern architecture. Preservation Chicago called it ‘one of our city’s most iconic 1980s buildings.’ It is my hope that the Prime Group’s $280 million makeover also preserves the food court — one of our city’s most iconic 1980s dining experiences.”

Illinois Capitol To Be Renovated; $224 Million Is The Early Estimate

“The nineteenth-century symbol of state government business [will undergo] a massive renovation this year to meet twenty-first century needs,” reports Jeremy Gorner at the Trib. “It will be the second major construction project on the building in a decade and will force some legislative sessions to find new locations for the next few years, while also being a temporary inconvenience for school groups and other tourists who won’t get to see the historic structure’s full grandeur.”

“They always had events that were for the culture. It seemed like they were open-minded to Black crowds, hip hop crowds, Afrobeat crowds, and it was like jumping. You go to Ace, you know it was gonna be a good party,” reports the Triibe. “Although it’s not a Black-owned establishment, the Ace Hotel Chicago—particularly, its popping rooftop bar, Little Wild—became a haven for Black people throughout its tenure. From the West Loop, the Little Wild’s picturesque view of the Chicago skyline, inclusive vibes and willingness to play anything from funk and R&B to Afrobeats and alternative hip-hop made it an inviting space for all types of Black people.”

‘The Chicago Department of Transportation and the Department of Business Affairs and Consumer Protection launched the application process for a two-year scooter rental license that will let up to three companies operate, “reports John Greenfield at Streetsblog Chicago. “The license is expected to launch this spring, starting with a total of up to 3,000 devices. The companies will be required to deploy sidewalk detection software to discourage sidewalk riding. Scooters will be allowed on all city streets, but the Lakefront Trail, The 606, the Chicago Riverwalk and the O’Hare Airport area will be off-limits.” Applications are due in February.

“Gullivers Pizza looks much the same as when it opened its doors near the corner of Howard and California more than fifty years ago,” reports WGN-TV. “Nearly as popular as its pizza is its style as antique chandeliers hang from the ceiling, just as they have for decades. But general manager George Gamilis says the impact of the pandemic is one of many reasons the owners have decided to sell and close the eatery for good on January 16… ‘Ever since the news came out, the phone has been ringing off the hook and this is the busiest we’ve been in two years,’ Gamilis said. ‘People want to take pizzas home and freeze them and enjoy them later.'”

The Andy Warhol Foundation For The Visual Arts has issued a $50,000 multi-year program support grant to the Chicago Film Society. The foundation relays their statement: “The Chicago Film Society exists to promote the preservation of film in context. Films capture the past uniquely. They hold the stories told by feature films, but also the stories of the industries that produced them, the places where they were exhibited, and the people who watched them. The Chicago Film Society believes that all of this history—not just of film, but of twentieth century industry, labor, recreation, and culture—is more intelligible when it’s grounded in unsimulated experience: seeing a film in a theater, with an audience, and projected from film stock.”

“We look forward to welcoming you back to the Newberry starting Tuesday, January 18. We’ve updated our visitor policy, following new guidance from public health officials,” the library writes, with details here.

“The nation’s largest newspaper chain [with 253 daily newspapers] is discontinuing Saturday print editions starting March 5 at more than half of its newspapers,” reports Boston Business Journal. Gannett Co. Inc. told staff in an email “that it is ‘introducing a new Saturday experience in 136 of our markets which transitions from delivering the Saturday print edition to providing exclusive access to the full Saturday e-Edition.'”

NPR Asks Itself Why It Is “Hemorrhaging Hosts From Marginalized Backgrounds”

“Interviews with twelve people with direct knowledge of recent developments, including NPR hosts and executives, suggest NPR indeed struggles to retain high-profile journalists of color,” NPR’s David Folkenflik reports. “Hosts have complained to the network’s leadership of pay disparities along racial and gender lines. Some say the network does not keep its promises and makes contract negotiations unnecessarily contentious. And several hosts concluded they were made to be the public face of NPR but did not have the network’s full support. Yet the interviews also yield a more complex picture.”

“Dale Clevenger, whose expressive, daring playing as the solo French horn of the Chicago Symphony Orchestra for forty-seven years made him one of the most respected orchestral instrumentalists of his generation,” has died, reports the New York Times. “Mr. Clevenger was a pillar of the famed Chicago brass section, which has long been renowned as an unrivaled force for its clean, majestic sound, fearless attacks and sheer might. Working with his equally enduring fellow principals, Adolph Herseth on trumpet, Jay Friedman on trombone and Arnold Jacobs on tuba, Mr. Clevenger helped shape that section into the envy of the orchestra world, and the joy of its conductors.”

“Ye is being investigated over a battery accusation after allegedly punching a fan who asked for his autograph in downtown Los Angeles Thursday morning, the Los Angeles Police Department [says],” reports The Hill via WGN-TV. “The LAPD confirmed that Ye is named as a suspect in a battery report.” He “was in his car outside the SoHo Warehouse, an exclusive social club, when the altercation occurred.” The man “allegedly approached the vehicle to ask for an autograph and had a conversation with Ye… The fan said the rapper then jumped out of his car and punched him, knocking him to the ground.”

“Founded in 1997, TimeLine Theatre Company is one of Chicago’s leading cultural institutions,” the theater, in its twenty-fifth season, writes as it searches for an executive director. “The executive director will partner with the artistic director in advancing the overall success and sustainability of TimeLine. Reporting to the board of directors, the executive director will be responsible for the administration and management of all business operations, finances, fundraising, marketing and community engagement. They will activate their financial acumen, operational expertise and experience in advancing the mission and goals of TimeLine, most markedly for the transition to its new artistic home in the Uptown community of Chicago… They will guide programs and services, facilitate organizational excellence, and ensure that TimeLine is a forum for artistic expression and audience engagement. The Executive Director will embody and promote anti-racist policies and create an environment that is sustainably diverse, inclusive, and equitable, working across the organization and throughout the community to build strong relationships with individuals and institutions. They will enthusiastically represent the organization to multiple constituencies as an ambassador, advancing partnerships and deepening the engagement with Chicago’s many communities.”

“To Kill A Mockingbird” will close on Broadway and reopen in June at a new location, the Belasco Theatre, reports Playbill. “‘Mrs. Doubtfire’ previously announced it was shuttering through March. ‘Girl From the North Country’ said it will end its Broadway run on January 23, and will try to reopen in another theater this spring.”

WGN-TV tweets video of the blizzard of 1979 here.

“A beloved St. Patrick’s Day tradition is returning to the Beverly and Morgan Park neighborhoods this March after a two-year hiatus,” reports the Sun-Times. “The South Side Irish Parade will be held March 13… Marchers will embark on their usual one-mile parade route around noon that day, starting at 103rd Street and Western Avenue and moving along Western Avenue before ending at 115th Street.”