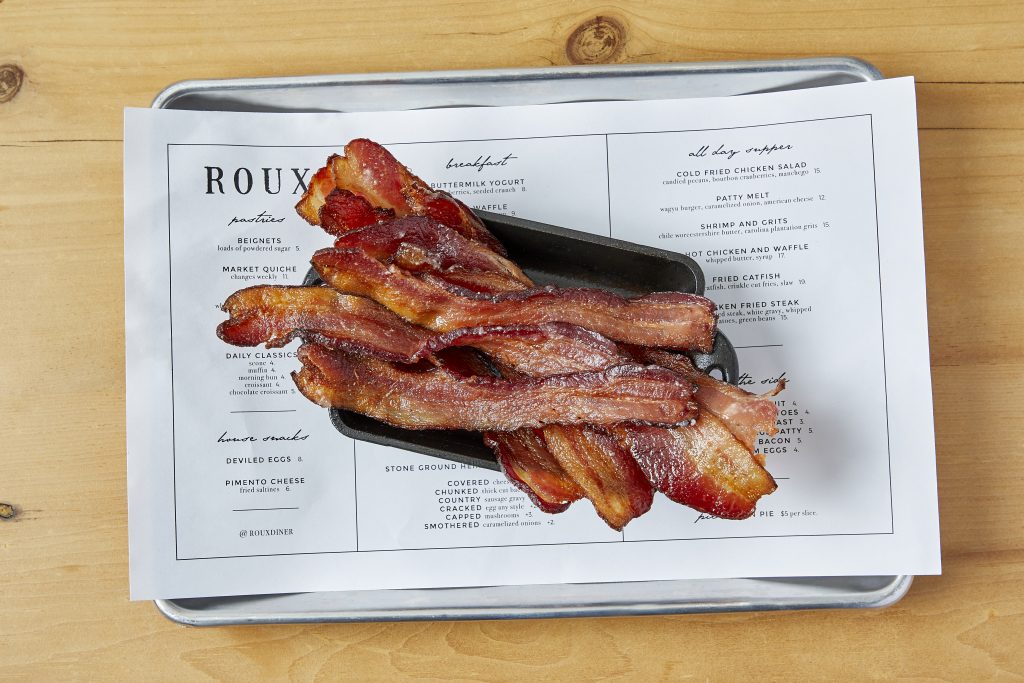 Megan Lykins Reich has been named executive director at the Museum of Contemporary Art Cleveland, where the leadership role has been vacant for a year-and-a-half, reports ARTnews. “Reich had been interim executive director since mid-2020. The museum’s last director, Jill Snyder, left following a controversy over a canceled Shaun Leonardo exhibition. (She is now a consultant and advising on a program for museum directors at the 2022 edition of Expo Chicago.) That Leonardo show, organized by independent curator John Chaich, featured works focused on police killings of Black and Latinx boys and men, including Tamir Rice, whose mother, Samaria Rice, claimed the artist did not have the right to represent her son’s image in his art and had not sought permission from her to do so.”

Doomsday Clock’s Hands Stay At A Hundred Seconds To Midnight

“What the world has experienced during this pandemic is nowhere close to a worst-case scenario,” writes the Bulletin of Atomic Scientists. “In view of this mixed threat environment—with some positive developments counteracted by worrisome and accelerating negative trends—the members of the Science and Security Board find the world to be no safer than it was last year at this time and therefore decide to set the Doomsday Clock once again at one hundred seconds to midnight. This decision does not, by any means, suggest that the international security situation has stabilized. On the contrary, the Clock remains the closest it has ever been to civilization-ending apocalypse because the world remains stuck in an extremely dangerous moment. In 2019 we called it the new abnormal, and it has unfortunately persisted.”

Merchandise Mart’s owner “plans another massive reboot as tech tenants migrate to Fulton Market,” reports Crain’s. “A $60 million-plus makeover of the mammoth structure will test the ability of older downtown buildings to compete with new hotspots in an office market transformed by COVID.”

Oscar Mayer has introduced a bologna-inspired face mask, reports WGN-TV. The corporation says that “the masks are a call-back to our childhoods to when kids would slap a piece of bologna on their face after biting out holes for the eyes and mouth… Oscar Mayer has teamed up with Korean beauty and skincare company Seoul Mamas to design the limited-edition masks.”

Roux has opened at 1055 East 55th in Hyde Park for coffee and beignets as well as more leisurely breakfasts or lunches. The Southern diner-inspired menu is from consulting chef Charlie McKenna, who is founder-chef of Lillie’s Q and LQ Chicken Shack. Roux is located next to Seven Ten Social, a new bowling alley and cocktail bar that opened in October 2021. “We wanted to bring the students, healthcare workers, and residents of Hyde Park a fun and relaxed experience with great quality food,” founder Steve Soble says in a release. “Roux can be both where you get your daily coffee and where you go to sit down for some good Southern-style cooking.” Attractions: Beignets with loads of powdered sugar; biscuits with whipped butter and hot honey; fried green tomato tartine with pimento cheese, fried egg, and bacon on brioche toast; and stone-ground heirloom grits, customizable  as covered in cheese/chunked with thick-cut bacon, country topped with sausage gravy, cracked with an egg any style , or capped with mushrooms and/or smothered with caramelized onions. All-day supper includes fried catfish with crinkle-cut fries and slaw.

“When Areerat Potikul and her two business partners opened Ocaso, a Mexican restaurant in the former Masa Azul space on Diversey in Logan Square,” reports Eater Chicago, “they expected business to be slow at first. They were an unknown quantity in the neighborhood, and they figured people needed time to get to know them. But then in November, strange things started happening. People made reservations and then didn’t show up. Other people sent emails saying that they’d been notified of reservations they didn’t book. Customers called Ocaso to tell Potikul that the website claimed the restaurant was temporarily closed and not accepting online orders.” More here.

“Red Door Tavern Group, which runs bars like the Graystone Tavern and the Rambler Kitchen + Tap, quietly reopened Cody’s Public House in December after buying the bar from its previous owner,” reports Block Club Chicago. “While working through our renovations and updates, we made it a priority to keep the vibe the same as the old Cody’s you know and love,” new owner Kyle Bagley told Block Club. “We wanted to respectfully carry on the corner tap tradition, so we made sure to adhere as closely as possible to the original bar with thoughtful, complementary renovations while also updating the amenities for our staff and guests.”

Chicago Humanities Festival will present Naperville’s own Bob Odenkirk in conversation with Tim Meadows at the Music Box on March 2. “Join two legends for a fun night out as they get candid about all the comedy and drama in showbiz, and how starting out in Chicago shaped their comedy careers.” Tickets go on sale Friday morning here.

Reports WGN-TV, the 1976 AMC Pacer featured in “Wayne’s World” will be auctioned next week in Arizona at the Barrett-Jackson Auction Company. “The powder blue Pacer has been restored to look like it did in the movie, and even has mismatched hubcaps.”

Reflections On The Absorption Of The Sun-Times

Monica Eng at Axios Chicago: “As someone who started working at the Sun-Times in 1985 —when the paper was full of ads, staffers and money — I never thought I’d see the day when it was sold for nothing. I wish the venture all the luck in the world.”

The Chicago Tribune editorial board: “Without the need to turn a profit, the theory goes, journalistic entities can focus on their missions. [But] nonprofit ownership is not the panacea, and for-profit ownership’s not the devil itself, despite how they’re frequently depicted, especially on the political left. The reality is far more complicated. [The IRS code] doesn’t necessarily prevent political investigative reporting, but the Sun-Times has, at… points in its history, campaigned in passionate, repeated, furious opposition to candidates for public office. Rightly so. It now will have to check with its lawyers with more frequency. And that could chill its most daring reporters and opinion columnists. But the bigger challenge, we think, will be reporting honestly on the powerful foundations with budgets in the billions that are part of this merger and that deserve the same scrutiny as government entities or corporations… Transparency will be required, as will some promise of fairness toward Republican points of view.”

Neil Steinberg at the Sun-Times: “Yes, I read the Tribune editorial, snapping open their lorgnette and examining the merger, umm, acquisition, tutting about election endorsements being scuttled by our non-profit status. Having spent five years on the editorial board, let me tell you, endorsements are a nightmare to produce, like running a geography bee over six counties. So now suburbanites will have to pay attention to their own local politics and come to their own conclusions. Or use the Democratic cheat sheet. Not the end of the world.”

David Roeder at the Sun-Times: “The sale to Chicago Public Media involves no cash paid to Sun-Times investors. On the contrary, principal Sun-Times owner Michael Sacks has pledged an unspecified sum for ongoing support. Also, the John D. and Catherine T. MacArthur Foundation and the Pritzker Traubert Foundation are early funders in the deal.” “The Sun-Times is being donated to Chicago Public Media to form a larger, local news powerhouse. This is a marriage with a dowry, including Michael Sacks contributing both the Sun-Times and additional funds to help it succeed,” Jim Friedlich, executive director and CEO of the Lenfest Institute for Journalism told the Sun-Times. “The conversion of the Sun-Times to nonprofit ownership has also provided the combined business access to significant new financial backing from major Chicago foundations in support of this transaction and more [vital] local news in the region.”

Angel Bat Dawid On Changing The Landscape For Black Musicians

Chicago composer-clarinetist-pianist-vocalist Angel Bat Dawid (Newcity Music 45) talks to the Sun-Times about “releasing a live album, a follow-up to her acclaimed 2019 debut ‘The Oracle,’ as well as finding herself opening for the legendary Sun Ra Arkestra over the summer and being named the artist-in-residence at this year’s NYC Winter JazzFest… In all of her work, Dawid says it’s important for her to take on topics of racism and inequity head-on. Which is why she created her latest group, Sistazz of the Nitty Gritty, to empower young Black female composers, noting there are many ‘powerhouses’ in Chicago. ‘I’m not trying to be a musician to be a celebrity. I want to have a different trajectory for my career to provide safe spaces for Black musicians… I want to create in a world where people [can] understand one another.’”

Water Tower Place is the new studio and office location for Hubbard Street Dance Chicago, in a 13,000 square-foot space on the fourth floor, the group relays in a release. “The new facility will include a dance studio, artist lounge, office area, production storage, dressing rooms and a physical therapy area. Visitors to Water Tower Place will be able to get a partial view of rehearsals in progress. It will also be the rehearsal location for the HSDC Company Dancers, as well as host showings, some of the programs for Summer Intensive 2022, choreographer workshops and master classes.”

BoHo Theatre has appointed Elizabeth Swanson as artistic director, succeeding Stephen Schellhardt, who announced his departure in September 2021 after six years with the company. Swanson is a freelance director and graduate of the Lir National Academy of Dramatic Arts at Trinity College, Dublin where they earned an MFA in Theatre Directing. Swanson’s recent Chicago directing projects include the Jeff Award-winning “Head Over Heels” for Kokandy Productions, which earned Swanson a nomination for direction; the Jeff-nominated “I Know My Own Heart” for PrideArts, and “Where All The White Sneakers At?” for Second City.