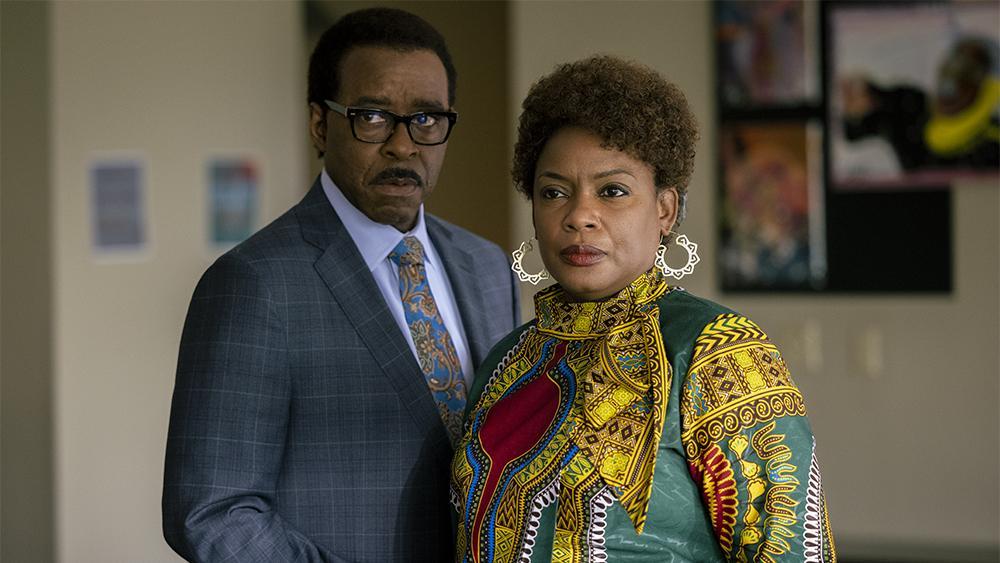 “The Venice Biennale, the world’s biggest art exhibition, has named the 213 artists from 58 countries that will participate in its 2022 edition, which is due to run from April 23-November 27,” reports ARTnews. Among the artists: Chicago- and Berlin-based Julia Phillips.

“A virulent strain of unionism, born out of lockdown and pressingly of the moment, has swept the U.S. museum sector,” reports The Art Newspaper, with a headline asserting workers are “mobilizing against their employers.” “This is a new form of collective action: remotely formed, digitally optimised, fluent in social communications, diverse in composition and intent on overturning long-held status quos around labor rights, job security and working conditions. These new unions often work in harmony with more traditional and historic ones. As well as collective bargaining and negotiation with employees, they seek to support anonymous whistleblowers, increase transparency and push for social justice… Employees at the School of the Art Institute of Chicago and the AIC museum voted to unionize with the American Federation of State, County and Municipal Employees… Anders Lindall, an AFSCME trade unionist, hailed ‘a wave of cultural workers organizing from coast to coast,’ while Catie Rutledge, AIC’s coordinator of philanthropy, said: ‘At the end of the day, working in the arts or a non-profit is still a job. You can’t eat prestige.'”

“President Biden has reversed a Trump-era order requiring that any visual art added to government buildings must portray American historical figures or ideals—and not be abstract,” reports Artnet. The 2020-era mandate “required that all portraits, regardless of their medium, ‘be a lifelike or realistic representation of that person’ and not ‘abstract or modernist.'”

Reports Eater Chicago: “Attorneys for the city listed a multitude of allegations in the complaint, including charging restaurants for Grubhub-issued customer refunds, advertising free online ordering while still charging delivery fees, and manipulating restaurant search tools on its website based on ‘undisclosed marketing fees.’ It also addresses the company’s… ‘Supper for Support’ promotion, which the city claims took advantage of public goodwill toward struggling businesses and misrepresented the true cost of the program to restaurants.”

“Seven months after opening charcuterie and sandwich spot Lardon across from the California Blue Line station,” its owners will open Union, a “moody” bar and restaurant next door in the 110-year-old former Township space, reports Block Club Chicago. “They’ve transformed the space into a neighborhood bar and restaurant with exposed brick, dark wood tables and a twenty-five-foot-long bar.” One owner says they were inspired by “gritty East Village bars and restaurants” with the “warmth of the London pub scene and mixing in the broad shoulders of Chicago… It’s comfortable, it’s cozy, it feels cool but it doesn’t feel pretentious.”

“Our stores continue to play an important role as a community gathering place that offers safe, familiar, and convenient experiences for our customers,” Starbucks president and CEO Kevin Johnson says in a quarterly earnings release. “Although demand was strong, this pandemic has not been linear and the macro environment remains dynamic as we experienced higher-than-expected inflationary pressures, increased costs due to Omicron, and a tight labor market.”

Anticonquista is “the only coffee roaster in Chicago—and one of very few in the country—that is fully owned and operated by the people who grow, harvest, and process their coffee beans on their own land,”  writes Mike Sula at the Reader. “By mid-March, Elmer Fajardo and Lauren Reese will have roasted this year’s first batch and bagged it for their CSA and farmers’ market regulars—but hopefully also for visitors to their new brick-and-mortar cafe in Hermosa.”

Thrillist recommends nineteen businesses, from breweries to bars to bakeries to bookstores, including Justice Of The Pies, Long Room Chicago, Luella’s Southern Kitchen, Semicolon Bookstore and The Silver Room.

“City Council approved a permanent overnight parking ban designed to limit public partying and crime on a stretch of Milwaukee Avenue in Wicker Park,” reports Block Club. “The ordinance bans parking 10pm-5am Thursday-Sunday in the 1400 and 1500 blocks of North Milwaukee Avenue. That strip, which runs from Wolcott to Damen avenues, is home to many bars and nightclubs, and has become a hot spot for public drinking and partying.”

Mrs. Fisher’s, “the ninety-year-old snack-food brand that has a cult-level following around its home base of Rockford [now reaches the] Peoria area,” reports the Journal-Star. “Schnucks supermarkets in Peoria and Pekin are to be the first local locations to stock the chips… The Peoria move comes almost a year after Mrs. Fisher’s began to market in west-central Illinois, including the Canton and Galesburg areas.” “We’re not necessarily going in blind, but it’s nice to watch us flourish naturally, simply by word-of-mouth and leaving a bag of chips on the counter for a manager to sample,” says Chris Spiess, vice president of Mrs. Fisher’s Inc.

“’More than a spicy sensation or a national craze, Flamin’ Hot is an attitude, one that pushes you to reject the status quo and embrace your inner edge,’ writes a brand rep for Ruffles in an email. This comes with the announcement of the company’s new Flamin’ Hot Cheddar and Sour Cream Ruffles, in partnership with LeBron James. As Flamin’ Hot products go, the chips sound pretty tame, maybe enough to question the status quo but not quite reject it,” muses Jaya Saxena at Eater.  “For that you might go for Flamin’ Hot Cool Ranch Doritos, or Flamin’ Hot Smartfood, or Flamin’ Hot Funyuns. Drink Flamin’ Hot Mountain Dew and you might tear down society as it exists and create an anarchist utopia, who knows?”

ImageUnion.TV has launched, a video platform “created by Chicago television and documentary producer Tom Weinberg. ‘We’ve been creating this from scratch for over a year and now you get the first peek at the hundreds of short videos our curator-programmers have chosen,’” Weinberg tells Rob Feder. “For more than fifty years Weinberg has been on the cutting edge of independent video, including creation of WTTW’s long-running ‘Image Union’ series and establishment of the nonprofit Media Burn Independent Video Archive.” Link here.

The New York Times says that “with the addition of The Athletic, the digital sports publisher it acquired for $550 million, it has surpassed ten million paid subscriptions, well ahead of its initial goal to reach that milestone by 2025,” reports Axios. “The achievement reinforces the Times’ position as the world’s largest subscription news company.” The family-owned enterprise “is now targeting ‘at least fifteen million subscribers by year-end 2027.'”

“Now that the Sun-Times has been acquired by the parent company of NPR news-talk WBEZ 91.5-FM and become a nonprofit subsidiary of Chicago Public Media, all eyes are on the search for new executive editors to lead the two newsrooms,” reports Rob Feder.

The Chicago Botanic Garden began a new pricing structure on February 1 that includes an admission fee for non-members, reports Time Out Chicago. “What you pay depends on a variety of factors, including weather, attendance patterns and when you buy your tickets—the further out from your visit that you purchase them, the cheaper they’ll be, and you can purchase up to two months in advance. Off-season tickets, like in late winter, are cheaper than peak season tickets, like during spring and summer or the holiday season.”