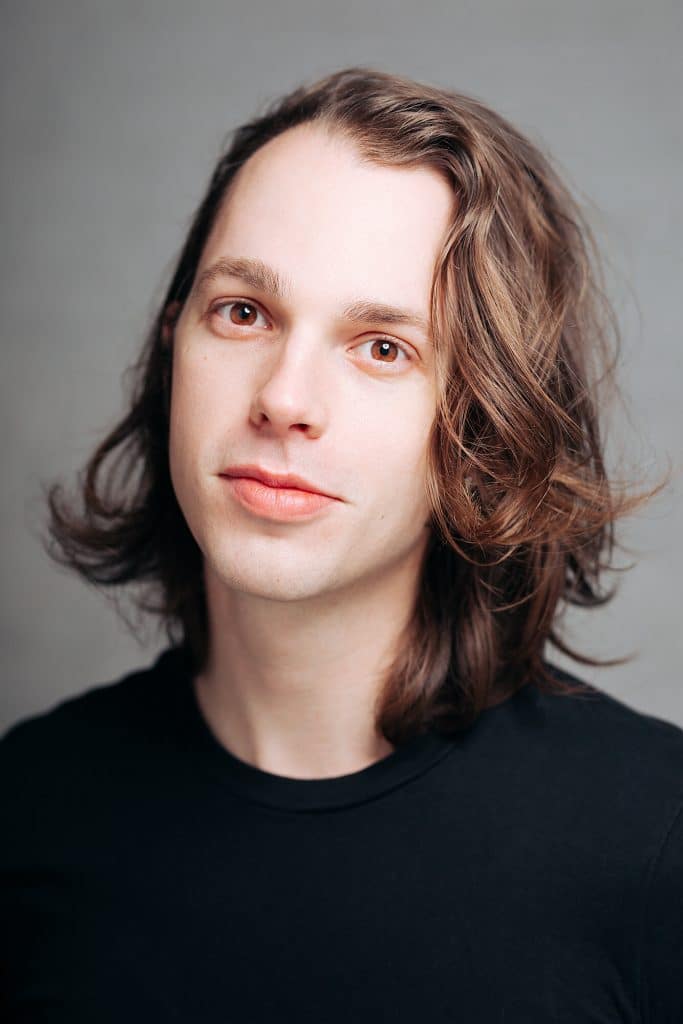 The Jackman Goldwasser Residency program at the Hyde Park Art Center offers comprehensive residencies to twelve local, national and international artists and curators whose creative practices address social issues, HPAC announces. The twelve artists are Bun Stout, Oyindamola Fakeye, Edra Soto, Kelvin Haizel, Ariella Granados, Noelle Garcia, Melissa Clark, Joseph Lefthand, Tina Petersone, Regina Agu, Robert Paige and Jennefer Hoffmann. The visiting residency program returns after a pandemic hiatus to welcome three artists, from Nigeria, Ghana and Latvia, and one from Minneapolis, in addition to eight artists from the Chicago area. Each year, the Residency provides a platform for them to take creative risks within their practice and expand professional networks in the context of a historic, community-rooted art space in the heart of Chicago. Megha Ralapati, residency program director says in the release, “While we were able to deepen direct support for Chicago artists last year, this year we are particularly excited to welcome visiting artists and curators back to the Art Center, to learn and connect inside our space. Visiting residents are an essential part of the program, and in 2022 we are eager to plant seeds for long-term engagement between practices located both here and there.” More here.

“Jim Graziano never pictured rapper Freddie Gibbs passing out sandwiches at midnight behind the counter of his family’s eighty-four-year-old Italian food importing and distribution business,” reports Block Club. “His great-grandfather, Vincenzo Graziano, used to count the money behind that same wooden counter at 901 West Randolph back in 1937 when he started J.P. Graziano Grocery, selling wholesale Italian products like olive oil, baccalà and pastas to other mom-and-pop shops.” The forty-one-year-old, fourth-generation owner says, “There is a ton of life in this place… I can sell to an eighty-five-year-old lady that’s been shopping here for sixty years, but I can also link up with Joe Freshgoods and make the baddest hoodie anybody has seen in their life. And we’ll throw a block party on Randolph on four hours’ notice.”

“We’ve all heard about the Great Resignation. As the pandemic stretches into year three and new variants of the virus roll across the country, yanking ever-harder on the fraying threads of our social contract, exhausted people nationwide are quitting the rat race in the face of endless crisis. A collective cry of carpe diem, and a fuck-you to late-stage capitalism, the Great Resignation was the story of 2021,” writes editor Martha Bayne in an extended personal essay at Oldster Magazine about how financial finagling during the pandemic changed her life. “I’ve always had a fraught relationship with professional ambition… Even as I beat myself up for continuing to struggle long past the date when my peers figured out how to get paid, I still held on… For ten years I had a job that I loved, even if it paid the absurd mean of alt-weekly wages. When I left that job I was gutted, and vowed I would never again let a mere workplace stake such an all-consuming claim to my soul… In an era that has made brutally clear that uncertainty is the only thing left certain… getting scammed forced something loose that COVID and the Trump era had not quite managed. So much has been lost these past two years, but lost to the pandemic as well, now, was the belief that I didn’t need stability—that it was something not for me, and thus something I did not crave. .. A few weeks after the scam, a friend forwarded me a job posting. It was a good job, in my field… It promised stable income. My desire brought me up short, an electric shock up my spine: ‘I want this.'” More here. Last week, before the online wave of admiration for the just-published essay, Bayne posted, “One thing that is funny to me—and I mean NO disrespect to anyone anywhere—is how siloed our public personae can be. I’ve been working in Chicago media for 20+ years & have published 3 other books but to a huge segment of people I am forever going to be ‘that soup lady.’ Like, I’d love to talk some day about the editorial structure of the cookbook, about the performance of hospitality (I also do theater!), about the organizing strategies that inform community building events like potlucks. But the way media works there’s rarely any space for that. I should probably just write an essay or something but who’s got time for that?”

Essays On Paying Off The Medical Bills After Self-Harm

Christopher Borrelli writes at the Trib about Evanston’s Emily Maloney, “whose wonderful new essay collection, ‘Cost of Living,’ partly recounts how, after a suicide attempt, she worked in Chicago-area hospitals to pay off the medical bills…A few months after Emily Maloney tried to kill herself, she finally opened her mail. She was 19, living in Iowa City, an undergraduate at University of Iowa. She felt she never really knew how to be a person in the world. In high school, back in Lake Forest, she wore wedding dresses and combat boots to class, she wore bowlers and tuxedos. She said she never did fit in alongside the young scions of Chicago’s business barons. She graduated early, and now, alone in Iowa City, she was depressed. She was recovering. The mail piled up…”

“Syl Johnson, the Chicago soul and blues singer whose 1967 single ‘Different Strokes’ has become one of the most sampled songs in hip-hop,” was 85, writes Pitchfork. “His death occurred less than a month after his brother and fellow musician Jimmy Johnson died at the age of 93.” Filmmaker Rob Hatch-Miller, director of “Syl Johnson: Any Way The Wind Blows” posts, “Some fun memories of the movie—after being told by Janet Pierson that we narrowly missed the cut for SXSW, we decided to premiere the documentary in Chicago in 2015 because it’s Syl’s hometown and… he didn’t show up to the first screening. Or the second (of two) screening! Our second festival was Indie Memphis (the town where he recorded all the Hi Records classics with Willie Mitchell) and Syl showed up! Every time his ex-wife appeared on screen he loudly shouted ‘she lies!’ During the end credits he stood up and led the sold out crowd in a singalong.” Writes Rolling Stone, Johnson’s “most lasting impact on music would come in the form of his 1967 song ‘Different Strokes,’ a portion of which ended up on the fourth volume of the pioneering sampling compilation Ultimate Breaks and Beats. Elements from ‘Different Strokes’ would later be heard in Public Enemy’s ‘Fight the Power’ and ‘Fear of a Black Planet,’ Kanye West and Jay-Z’s Watch the Throne bonus track ‘The Joy,’ the Wu-Tang Clan’s ‘Shame on a —-,’ Boogie Down Productions’ ‘Criminal Minded,’ Kool G Rap and DJ Polo’s ‘Talk Like Sex,’ songs by Tupac Shakur, N.W.A., the D.O.C., Das EFX and countless more rappers… Johnson—despite being self-proclaimed as ‘the most sampled artist ever’—rarely saw royalties from his song being sampled, leading to a notable $29 million lawsuit against Cypress Hill and as well as another lawsuit against West and Jay-Z, who ultimately settled their lawsuit with Johnson in 2012. Johnson would eventually regain control of the song’s royalties… ‘I’m sitting in the house that Wu-Tang built with their money,’ Johnson quipped to the New York Times in 2010.” (“Syl Johnson: Any Way The Wind Blows” is available from Vimeo for $4 here.)

“Residents of the area who have grown increasingly vocal about crime continue to raise concerns”: A second after-hours shooting in four months at Milwaukee Avenue’s The Point Club is reported by the Sun-Times. “A twenty-nine-year-old man was seriously wounded early Sunday when a hail of gunfire erupted again and tore into the bar and music venue. Just after closing at 5am, roughly ten bullets were fired into The Point… which is located on a hot nightlife and retail strip. The victim, who isn’t believed to be the intended target, was struck in the right eye and later rushed to Stroger Hospital… The Point’s owner, Jun Lin, said a squad car had been parked outside of the club until 5am for extra precaution, but he told the officers to leave around then. About five minutes after the car pulled away, Lin said someone began firing into the bar, where a Phish cover band had performed earlier.”

For the third of four concerts of its season, The Chicago Philharmonic Society presents “Fanfare Chicago” on March 27 at Harris Theater for Music and Dance. Led by Artistic Director and Principal Conductor Scott Speck, the orchestra presents an American premiere by Pulitzer Prize and Grammy winner Jennifer Higdon, plus world premieres by Reinaldo Moya and Nicholas Hubbell, as well as Ottorino Respighi’s “Gli uccelli” and “Trittico botticelliano.” More here.

Raven Theatre has commissioned Chicago playwright Paul Michael Thomson under its new play development initiative. Thomson’s new work, “brother sister cyborg space,” will be developed throughout 2022. In addition to financial support, Thomson will benefit from workshops with actors and private or public readings during development. He joins Tyla Abercrumbie as the second of three commissions made possible by a donation from Raven board member Stephen Johnson. More about Thomson here. More about Raven here.

Downstage Arts will launch a one-of-a-kind performing arts training program at The Miracle Center, the group relays in a release. The program is “designed to bring the performing arts back to how they were meant to be taught—not from textbooks, but with more direct, personal experiences. Downstage Arts’ post-high school program offers daily private lessons in singing, acting, and dancing, to ensure each student gets the care and attention they deserve.” Training will also be provided in career planning and job exploration, managing finances as an actor, as well as physical and vocal health. “Downstage Arts is a lower-cost alternative to traditional higher education. Committed to affordability, students can expect to graduate without thousands of dollars in student loan debt. Students at DSA will receive three years of training, seven hours per day, five days per week.” More here.