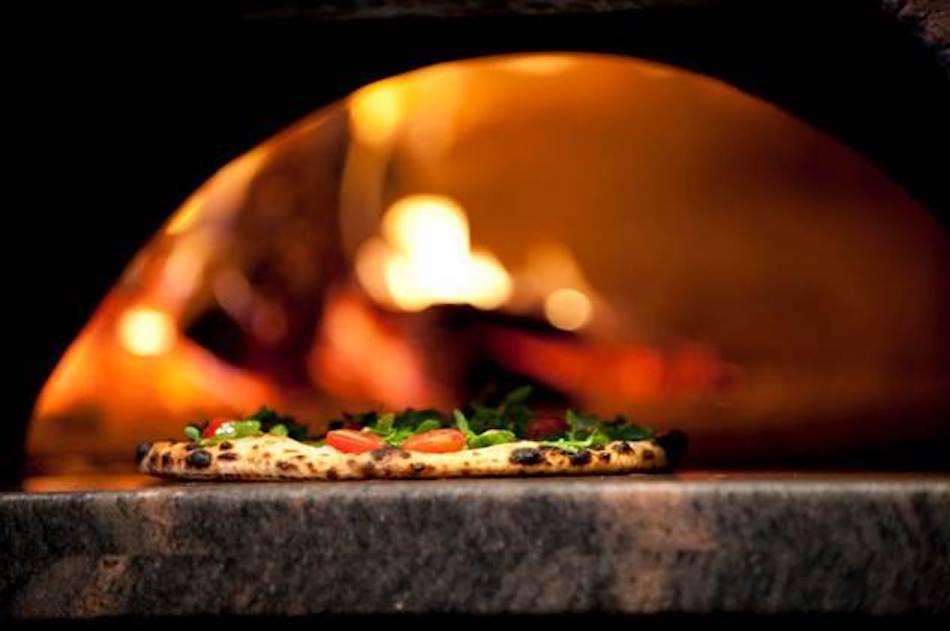 “Any plan to convert parts of the convention campus for gambling could hurt operations and push some shows out of town, Larita Clark, CEO of the Metropolitan Pier and Exposition Authority told the MPEA board,” reports the Sun-Times. “The CEO of McCormick Place raised potential roadblocks to casino proposals that involve the convention center’s property and said changes in state law may be needed before its sites can accommodate gambling…. Three of the five casino bids the city is evaluating call for using part of the convention complex… Lakeside Center ‘does not sit empty,’ Clark said. She said it has 253 events scheduled through 2035, worth $13.8 billion in economic impact, besides housing mechanical systems serving the whole campus. ‘The reality is if we lost the Lakeside Center, we’d need to replace 600,000 square feet and all the critical infrastructure.'”

Chicago-based developer The Habitat Company announced acquisition of 344 North Canal Street, which will give rise to a new, thirty-three-story mixed-use tower in the Fulton River District, reports YIMBY. “The joint project with Diversified Real Estate Capital, LLC is set to yield a ground-level retail component and a total of 343 rental units. Unit layouts will [include] studios, one-bedrooms, and two-bedroom residences.”

“Art or vandalism? When it comes to graffiti, the law is clear about defacing property without consent, but it’s a risk some writers choose to take,” WGN News posts as their nightly “Cover Story.” “Some graffiti writers that recently spoke with WGN News have evolved from teens illegally writing on the streets to professional artists now showcasing their work mainstream. But some continue to defy the law, using anything from expressways to trains and new construction as canvases of expression. Chicago street art can turn the mundane into bold, bright masterpieces. Murals brighten areas all across the city. And then there’s graffiti that is considered illegal when painted without consent.” Illinois Department of Transportation Region 1 engineer Jose Rios told the station, “how quickly the graffiti is removed depends on the situation. But he said there is extra effort to get rid of graffiti that’s offensive or blocking a traffic sign. On a larger scale, Rios said the state collaborates with the city for two nights before every major holiday to clean up expressway graffiti.” Rios also claims, “What we have seen is sometimes truly the same night we are removing graffiti from the location … when our staff comes back there’s already somebody tagging it.”

The exhibit “A Book by Its Cover” considers “how innovations in binding structure, decoration and design can be used to transform a book’s paratext into an essential part of the textual whole. Works on view include treasure bindings, fine bindings from the Guild of Women Binders, and artist’s bindings—Karen Hanmer’s patchwork binding for Mary Shelley’s ‘Frankenstein,’ for example—in which the books’ covers can be read as integral to the narrative texts they envelop.” Through April 29 at the Hanna Holborn Gray Special Collections Research Center, Joseph Regenstein Library, 1100 East 57th. More here.

Lightfoot Says Not So Fast For Bare-Faced Chicago

In a press conference, Mayor Lightfoot “noted February 28 is the ‘date the state set,'” reports Fran Spielman at the Sun-Times, “but it’s ‘not the date that the city set’ and the city is free to impose more stringent regulations. ‘We are making tremendous progress in kind of climbing down the back slope of the Omicron surge. Probably now for the last three weeks, we’ve seen week after week about a fifty percent or more decline in cases, which is great progress. We’re still, though, at 500 cases-a-day. Not where we want to be. We’re still seeing too many people dying every day from COVID.'”

“18th Street Distillery, the offshoot of 18th Street Brewery, is expanding in downtown Hammond, where it’s opening The Fermentorium,” reports the Northwest Indiana Times. “The acclaimed distillery, known for its rye whiskey, bourbon and other spirits, celebrated a ribbon-cutting for its latest space last Friday. It’s taking over an 8,000-square-foot brick building that was at one time a Pabst Blue Ribbon warehouse… ‘It will allow for additional fermentation of anywhere from 10,000 gallons to 12,000 gallons,’ founder and president Drew Fox said. ‘It would… make us the largest distillery in Northwest Indiana.'”

Steve Dolinsky “is venturing into the festival circuit with a focus on his area of expertise: pizza,” reports Eater Chicago. The Chicago Pizza Festival will “feature forty pizzerias [who cook] in a range of styles on July 23-24 inside Plumbers Union Hall at 1350 West Washington.”

Coco Pazzo, which opened in the winter of 1992, was one of the first in Chicago to serve simple Tuscan-inspired foods and cook pizzas, seafood, vegetables, meats and chicken in a special wood-fired oven. In celebration of its thirtieth anniversary, Coco Pazzo is adding a Bar Cafe space which will offer Italian cocktails and a small bites menu. The restaurant also will expand its hours to include lunch Monday-Friday. Several select special events are planned for later in the year. “The restaurant business is very challenging and few restaurants are open more than five years,” says Jack Weiss, president of Coco Pazzo restaurants, “so we are especially grateful to have our family business for three decades and still going. We could not have made it without the support of our customers, staff, family and friends. Like in Tuscany we also celebrate seasonal ingredients and continue to use them in our dishes and daily specials such as butternut squash-filled tortelli in the fall to risotto with fresh green peas in the spring.” More here.

“Limes and avocados have become the edible version of drugs, due to the misery their growing consumption is causing,” reports The Guardian. “The lime trade is a billion-dollar industry and, for any criminal group, it’s very easy and extremely profitable for them to go to the farmers and tell them what they need to pay for protection. It’s classic mafia,”  Romain Le Cour, security and violence reduction program officer at the thinktank México Evalúa told the paper. “In places, cartels have reportedly limited picking to just a few days a week to more easily manipulate prices. ‘The cartels impose the price of the lime, they decide whether or not to pick them,’ an industry worker told Reforma newspaper. Some farmers have abandoned their fields to avoid dealing with the cartels amid serious harassment and fighting, while bandits have also been stealing large amounts of limes in transit.”

Even More Onscreen Chicago In “The Shining Girls”

Apple TV Plus releases a trailer for the locally shot “The Shining Girls,” and it looks like the limited series is in competition with “Station Eleven” for Chicago location work.

Mark Jacob’s Advice To Save The Chicago Reader

“Let’s do what’s best for Chicago, which is a Reader led by [Tracy] Baim and supported by [Len] Goodman if he chooses. Surely Goodman can see that publications don’t run on money alone. They run on the talent and dedication of individuals. Like Baim,” writes Mark Jacob at the Sun-Times. “[The Reader]’s an important voice, especially for journalists of color and other often-marginalized groups. It still matters. We need a peace pact. We need to get Baim and Goodman in the same group photo, for the good of both the Reader and Chicago.” Alt-weeklies are getting their due on Twitter: Investigative reporter Ali Winston writes, “I genuinely don’t think American journalists understand how much has been lost with the demise of the Alt-Weekly. The oppositional sensibility, long-form writing style, and sense of humor has never been replaced, let alone the arts coverage. You never felt like you were reading articles off a template, with stock phrases & tropes like the current Big 3 US papers right now. They were places to experiment, be yourself, to dig deep into a community or issue & get away from the pack. Now it’s almost all pack journalism. We are flattening the field down to accommodate the pressures & mores of corporate newsrooms.” Adds Slate Culture senior editor Sam Adams: “alt-weeklies had their failings, but my god do I miss the local arts coverage and the philosophy that believing something was important was reason enough to put it in a newspaper. among those failings being that some of them (including the one I worked at) were super-white, all paid terribly, and that the oppositional stance could become its own kind of dogma. But my god, the chance to just write. One reason you should never ever trust my predictions is I would have loudly and confidently told you ca. 1999 that alt-weeklies would definitely outlive daily newspapers… Having a kid, commuting, and just… being tired I don’t frequent the local scene anything like I used to but I just don’t understand how people know what’s going on anymore–not the way you could pick up an alt-weekly on Thursday and plan a whole weekend.” Adams recalls the ad base of many a weekly: “Our entire business model is based on sex work and classified ads and the internet will never do anything to disrupt either of those things, so we’re golden.”

Jazz musician and composer Terence Blanchard will be in Chicago for the Lyric run of his groundbreaking opera, “Fire Shut Up In My Bones,” the adaptation of New York Times columnist Charles Blow’s memoir about his childhood in the South. He’ll sit down with Chicago Humanities Festival for an in-depth conversation on March 25. More here.

The Hyde Park Jazz Festival has announced its Artists Corps program, an artists-in-neighborhoods initiative comprising  community and artist-driven programs in neighborhoods. The program is funded by the Walder Foundation and the National Endowment for the Arts. Artists Corps will employ artists in their communities, with opportunities for mentorship in producing and programming. The project will include free performances in neighborhood settings across the South and West Sides of Chicago from June to October, including driveways, parkways and community centers. Concerts will be produced by musicians chosen for their work in the community: Jeremiah Collier (drums), Isaiah Spencer (drums), and Thaddeus Tukes (vibes). Central to the mission of the Artists Corps program is bringing engaging, artistic experiences to people where they live, particularly in communities without equitable access to cultural programming. More on HPJF here.

Illinois Philharmonic Orchestra presents a culmination of works inspired by popular children’s fairytales, Stravinsky, Ravel & Abels, on Saturday, March 12 at the 1,100-seat Ozinga Chapel at Trinity Christian College in Palos Heights. A special appearance by Michael Abels—who has composed music for films including Jordan Peele’s Oscar-winning “Get Out” as well as “Us” completes the program. Under the direction of IPO music director Stilian Kirov, the orchestra will perform Igor Stravinsky’s “The Firebird Suite” and Abels’  “Frederick’s Fables,” based upon the children’s stories of Leo Lionni, which Abels will narrate. Rounding out the program is Maurice Ravel’s “Mother Goose Suite” with movements based on fairytales and nursery rhymes from the Mother Goose collection. To accommodate a younger audience, the matinee performance begins at 3pm. Tickets are $10-$57 here. More here.

Victory Gardens Theater will livestream the final five performances of its production of “Queen of the Night.” Written by travis tate and directed by Victory Gardens Artistic Director Ken-Matt Martin, “Queen of the Night” features Terry Guest (Ty) and André Teamer (Stephen). “With livestream performances, we will be able to reach a broader audience than ever before, and share work by Chicago artists with theater-lovers around the world who may never have the opportunity to visit Victory Gardens in person,” artistic director Martin says in a release. The livestream performance options are March 9-12 at 7:30pm, and March 13 at 3pm. Tickets are $24 here.

Reports CBS 2 Chicago: “An animal care and control officer wrangled the coyote near the Chicago History Museum. There were several coyote sightings in that area over the past few weeks. Animal control tells us the coyote likely became comfortable around people because they were feeding her.”