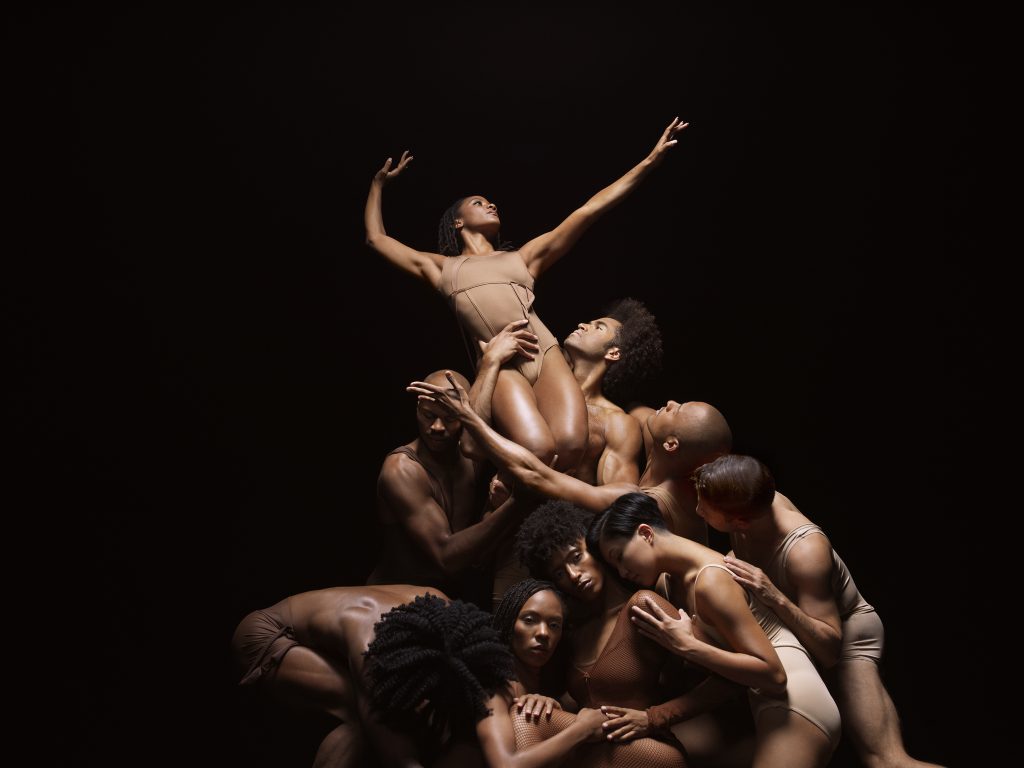 How Much Density Can Fulton Market Handle?

“Google and McDonald’s pioneered the corporate moves that gave the area a coolness factor. The old produce market was ripe… for redevelopment, with business owners in outmoded quarters deciding to cash out or build new space farther from downtown and from neighbors complaining about trucks and noise,” reports David Roeder at the Sun-Times. “Their proposed projects in the corridor are getting bigger and taller… One building alone sometimes doesn’t cut it anymore. Over time, the growth pattern will raise issues about the area’s future and whether the activity is too much… Are residents looking at a future of clogged streets? Many probably didn’t think they were moving to… Streeterville.” Roeder talks to experts and enumerates a fistful of current mega-projects landing in the zone. “Andrew Mooney, a former Chicago planning commissioner, [warned that] the Fulton Market rush needs to be reined in. ‘Let’s remember that the underlying traffic, transportation and utility infrastructure of the district is still pretty much as it was a hundred years ago.'”

“The redneck bars—the Wooden Nickel and the Red Rooster—are gone. So are the greasy spoon diners that served ninety-nine-cent breakfasts of eggs, toast and hash browns, and a ‘Jailhouse Special’ featuring a Polish sausage,” writes Edward McClelland at Chicago magazine. “The Wilson El stop got a complete makeover… And the SROs have been converted to luxury apartments. The Wilson Club Men’s Hotel, a ‘cage hotel’ with chicken wire ceilings, is now the Wilson Club Apartments, which advertises itself as ‘located in Chicago’s historic Uptown neighborhood.’ The Uptown stigma is gone. The Darlington, ‘Uptown’s Newest Apartments,’ installed a replica of the burned-out Darlington Hotel sign to maintain the building’s ‘charm and historic exterior.’ It’s charming to resemble an SRO, as long as SROs are history.” Eater Chicago’s staff goes to town mapping latter-day eats and drinks in Uptown here. “A century ago, visitors came to Uptown to drink and hear jazz at the Green Mill and dance at the Aragon Ballroom. Now they’re more likely to eat and shop their way through the strip of Vietnamese and Chinese restaurants and grocery stores known as Asia on Argyle. There’s more to Uptown than Argyle, though. It’s one of the most diverse neighborhoods in Chicago, and there’s plenty to eat and drink in a variety of settings: regional Mexican specialties in a cheerful storefront, expertly mixed cocktails in a lobby bar, burritos in a raucous brunch spot that transforms into a gay bar after dark, and good old American burgers and fries under the eyes—and skirts—of old-fashioned pinups.”

Are Landmark Districts Connected To Affordable Housing And Segregation?

“A decision could be reached in the coming months in a long-running lawsuit that links Chicago landmark districts to racial segregation and a lack of affordable housing,” reports Sarah Freishtat at the Trib. “The city of Chicago in late January requested a judge rule in its favor on the lawsuit, in which two Chicago residents challenged the creation of historic districts in Lincoln Park and West Town, saying the city had no legitimate reason to apply the designation to their communities.” The suit claimed harm to the residents, as well as the neighborhoods, through “the perpetuation and exacerbation of racial and economic segregation … and the deprivation of reasonably affordable housing for minorities, single persons, the elderly, persons with disabilities, renters, single parents, and other vulnerable groups.” Freishtat quotes Ward Miller, executive director of Preservation Chicago: “I think that landmark districts, a lot of times, are really the core of Chicago… And when you think of neighborhoods and the popularity of neighborhoods, you almost think of them as really being based on a beautiful district of buildings, and often a landmark district.”

“A reliance on business travel and the meetings industry continues to hold back Chicago’s downtown hospitality sector,” reports Crain’s.

Fast Track, the thirty-one-year-old diner at Lake and Des Plaines, has closed, reports Block Club. “The neighborhood changed for the better, but not necessarily for the working class people, which were primary to our customer base,” longtime owner Eddie Tefka told Block Club. “It’s set to be replaced by an eight-story building with forty-nine residential units.” CBS Channel 2 News is on the scene.

The James Beard Foundation announced the six recipients of its 2022 America’s Classics Award. A Restaurant and Chef category, The America’s Classics Award is given to locally owned restaurants that have timeless appeal and are beloved regionally for quality food that reflects the character of its community. This year’s honorees join the ranks of over a hundred restaurants across the country that have received the Award since the category was introduced in 1998. They will be celebrated at the James Beard Restaurant and Chef Awards ceremony on Monday, June 13, at the Lyric Opera of Chicago. The winners are listed here.

“To rebuild a once-thriving Madison Street corridor—and prevent a West Side food desert from getting bigger—the mayor wants to spend $700,000 to acquire the [15,000-square-foot] site of a shuttered grocery store,” reports Fran Spielman at the Sun-Times. Its closure had left 150,000 residents of the West and East Garfield Park and Austin communities without ready access to healthy foods. “The City Council’s Housing Committee granted the mayor that acquisition authority, but not before a lengthy debate about taking a precedent-setting move without clear-cut standards going forward.”

“Bob Stroger, Chicago’s most prolific blues bassman, has worked with a cavalcade of legends, from Otis Rush to Jimmy Rogers, Sunnyland Slim, Louisiana Red and Snooky Pryor,” Delmark relays. Stroger “has performed on over thirty Delmark albums, and at the age of ninety-two has joined forces with Brazil’s The Headcutters for his first solo Delmark album, ‘That’s My Name’ which will be released on February 18.” “That’s My Name” was produced by Stroger and the Headcutters in Brazil in 2019 and 2020. Its thirteen tracks include five originals by Stroger and versions of some of his favorite songs by Big Big Broonzy, Ma Rainey, Eddie Taylor and Jay McShann. More here.

R. Kelly has let his original legal team go and now is represented by the attorney who appealed Bill Cosby’s conviction to defend him in federal court, reports the Trib.

The Auditorium Theatre presents the return of Alvin Ailey American Dance Theater to Chicago for six performances only, March 2-6. Marking a decade of leading the company, artistic director Robert Battle presents a diverse repertory featuring Ailey’s renowned artists, including Chicago natives Solomon Dumas and Vernard Gilmore, who is celebrating his twenty-fifth anniversary with the company. Three unique programs with premieres, new productions and Ailey classics include the Battle Tenth Anniversary program, which opens the Chicago engagement and features the local premiere of Battle’s “For Four” adapted from video to stage; the return of hip-hop innovator Rennie Harris’ “Lazarus”; and an Ailey & Ellington program showcasing new productions of works that pay tribute to Duke Ellington. Alvin Ailey’s “Revelations,” which has inspired generations since its creation in 1960, will be the finale for all performances.

“For over fifty years, the Auditorium Theatre has proudly welcomed Alvin Ailey American Dance Theater as one of its Visiting Resident Companies,” Auditorium Theatre CEO Rich Regan says in a release. “It has been a pleasure to see how this world-class dance company has blossomed under the leadership of Ailey Artistic Director Robert Battle and we look forward to celebrating his tenth anniversary. And after a year’s absence, as Chicago audiences return to theatergoing, among the most anticipated events are performances by this joyous, iconic company.” Artistic director Robert Battle: “Ailey’s vision provided the opportunity for generations of artists to use dance to inspire, unite and enlighten. I am deeply humbled to have led this seminal Company for a decade, joined by incomparable dancers and choreographers on a journey of discovery that extends from the powerful works of our founder to the important voices of today—an ongoing dance dialogue that shines a light on the strength and resilience of our common humanity around the world.”

South Chicago Dance Theatre (SCDT), a multicultural organization that fuses classical and contemporary dance styles while preserving historic dance work, has announced “An Evening with the South Chicago Dance Theatre: Celebrating Five Years,” featuring five world premieres by five dynamic choreographers—Ron De Jesus, Stephanie Martinez, Crystal Michelle Perkins, Wade Schaaf and Kia S. Smith (founder and executive artistic director)—presented during the SCDT’s first-ever production at the Harris Theater on May 20. “SCDT is committed to commissioning Chicago choreographers, and this celebratory production is no different,” Smith says in a release. “I can think of no better way to celebrate our five years than by featuring the works of these five incredibly diverse choreographers whose movement styles range from ballet and jazz to afro modern.” Details and tickets here.

TimeLine Theatre Company will offer a remote option to view the critically acclaimed world premiere, “Relentless.” “Thanks to agreements with Actors’ Equity Association, Stage Directors and Choreographers Society, United Scenic Artists, playwright Tyla Abercrumbie, and members of the cast and production team, TimeLine will offer an on-demand, remote viewing option to see Abercrumbie’s new family drama, a timely story set in the Black Victorian age. A limited number of single tickets are available. Pay What You Will pricing options are $35-$50. Ticket buyers will receive a unique link and password to a Vimeo stream of the full performance, which was captured on four cameras in front of a full house on Saturday, January 29.” Tickets here.

Chicago May Lift Mask And Vaccination Mandates Along With State

“Chicago is not on track to end its mask mandate February 28, when the statewide mandate is set to end—but the city might lift the requirement then anyway,” reports Kelly Bauer at Block Club. “The city could also opt to end its mandates early to line up with the state and avoid confusion for residents, Allison Arwady, head of the Chicago Department of Public Health, said. ‘We’re gonna see where we are next week and make a decision sort of either way there. If we are not able to move on the twenty-eighth, I think it would probably be not very long after that.'”

The Andrew W. Mellon Foundation has announced a $1.5 million grant to fund “Native Bound-Unbound: Archive of Indigenous Americans Enslaved,” an initiative created by Dr. Estevan Rael-Gálvez, anthropologist, historian and Indigenous slavery scholar, who served previously as the state historian of New Mexico, executive director of the National Hispanic Cultural Center, and senior vice president of historic sites at the National Trust for Historic Preservation. The three-year project, beginning this month, will create a digital database and centralized repository centered on the experiences and histories of millions of enslaved Indigenous Americans. According to Dr. Rael-Gálvez, “the goal of ‘Native Bound-Unbound’ is to gather data, records, and stories, and in time, to transform that content into digital exhibitions, chronologies, and new types of cartographies into a single, public website. When it is completed, the repository will offer a distinct source of materials that have never been organized into a single collection and will provide a major source for educators, scholars, storytellers, artists, and most critically, descendants.” More here.