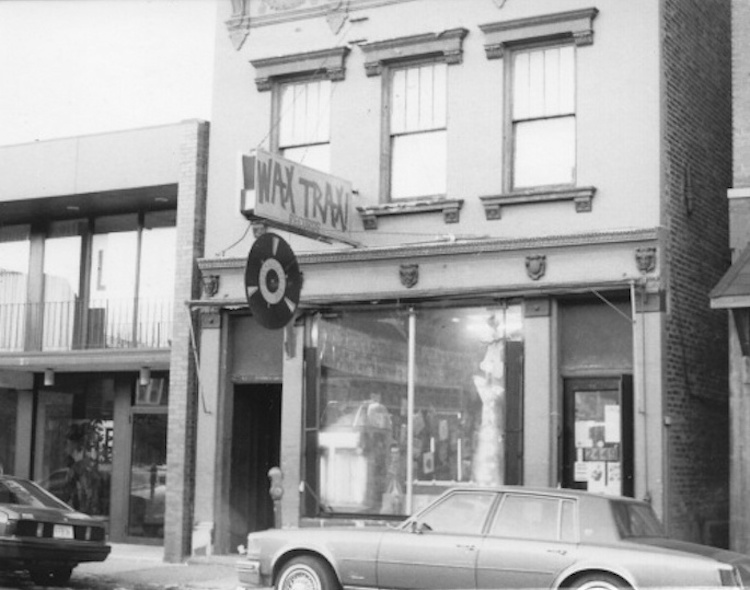 Hindman announces the launch of Hindman Appraisals LLC, an independent division to elevate its offerings to clients by providing independent, impartial and objective appraisal services. “This launch follows a critical year in 2021, marked by a significant expansion of Hindman’s appraisal capabilities,” Hindman reports in a release. “Last year alone, Hindman appraised nearly a quarter of a billion dollars in fine and decorative arts, jewelry, collectibles, household contents and other tangible personal property, an 800% increase since 2020. Hindman’s Tim Luke will lead this new division as National Director of Appraisals & Valuations. Luke has also been appointed as the Vice-Chair of the Appraisal Standards Board (ASB) by the Appraisal Foundation, which is authorized by Congress as the source of Appraisals Standards and Appraiser Qualifications in the United States. The seven-member board is responsible for writing, amending and interpreting the Uniform Standards of Professional Appraisal Practice. This will be Luke’s third year serving on the ASB.” Luke says in the release, “It has been a tremendous honor to lead the team of specialist appraisers with such a vast depth and breadth of experience and knowledge. Our appraisers are all active participants in the marketplace, which sets us apart from our competitors.” More here.

“The Akron Art Museum board of directors has voted unanimously to name Jon Fiume the new executive director of the organization,” reports the Akron Beacon Journal. “The Akron native took over as interim director in May 2020” after the former director and CEO resigned. “Since August 2020, Fiume has spearheaded the museum’s transformation plan to improve its organizational culture and rebuild public trust.”

With the opening of its first physical building, the National Indo-American Museum, which connects cultures through the diverse stories of Indian Americans, has appointed Tamara Biggs as its first executive director, NIAM relays in a release. “Biggs has been creating museum exhibitions for forty years, the last twenty-one as director of exhibitions at the Chicago History Museum, where she has led a nationally recognized creative team. She was one of the founders of the Chicago Cultural Alliance. Her long association with NIAM included five years on its board of directors, two as president.” She also was instrumental in NIAM’s initiative to open the Umang and Paragi Patel Center in Lombard with the exhibition “E/Merge: Art of the Indian Diaspora,” which continues through March 27. “When I served on the board, my fellow board members shared so much about their personal journeys and the broader history of Indian immigration, struggles, triumphs, and contributions to American life,” Biggs says in the release. “I am looking forward to deepening my relationship with the community, identifying opportunities to preserve and tell the stories of Indian Americans, and expanding our impact locally and nationally.”

The John Michael Kohler Arts Center in Sheboygan has appointed Ann Brusky as its new deputy director of programming and Jodi Throckmorton as chief curator. As deputy director of programming, Brusky will oversee planning and strategy for all Arts Center programming departments, including exhibitions, education, performing arts, community arts, Arts/Industry residency program, and the preschool. She currently heads JMKAC’s performing arts, community arts, education and preschool departments. Jodi Throckmorton comes to the Arts Center from the Pennsylvania Academy of the Fine Arts, where she was the curator of contemporary art. She most recently earned accolades for curating a retrospective exhibition and publication on the work of Joan Semmel titled “Joan Semmel: Skin in the Game.” More here.

“Moving Upward,” the final work by Ruth Esserman, 94, a regular contributor to the Visual Artist Exhibitions of the Arts Club of Chicago, is currently on view in the group’s galleries. “She has been a major contributor to secondary curriculum innovation, an adjunct professor at The School of the Art Institute of Chicago, teacher and chairperson at Highland Park High School Fine Arts Department, instructor at Columbia College Master’s Program in Interdisciplinary Arts, Western State College, and SAIC Young Artists’ Program in Colorado. She had served as President of Illinois Art Education Association, NAEA Board of Directors and a member of the Illinois Arts Council Advisory Panel. She designed and assisted in building her summer art studio, a sculpture house built of local recycled materials in Crested Butte, Colorado, featured on ‘HGTV Extreme Homes.’ She was an exhibiting professional member of the Chicago Arts Club since 1964.”

“The mural featuring a seascape in Greece lines a now exterior wall of what was once the Pegasus restaurant,” writes Mitch Dudek at the Sun-Times. “The mural stands out from the rubble, similar to how many of the beautiful temples and ancient architectural ruins still stood amongst the rubble after the many wars and empires took over the lands in Greece where those temples and ruins stood and still stand,” Ceasar Melidis, who used to work with his father at Pegasus, tells Dudek. “The site is slated for a mixed-use building with luxury units in the rapidly developing West Loop.”

Skokie votes to make Old Orchard a “business district, and will charge a one-percent tax to spruce the mall,” reports Pioneer Press. During the most recent village board meeting, Skokie lawmakers made the designation “under Illinois’ Business District Development and Redevelopment Sales Tax provision.” As a Trib editorial points out, it’s a tax that will be funneled directly to the owner of the  privately held mall.

Cunneen’s “has wooden floors, dim lighting and a clock with a glued-on image of the late Mayor Richard J. Daley, an ironic nod to a political boss who was about the opposite of the bar’s beat generation-meets-hippie sensibility,” writes Maureen O’Donnell at the Sun-Times. “There was no jukebox. If it had been up to Steve Cunneen, his turntable would have spun jazz all night. But he believed the bartender on duty should be the boss…” Twenty-seven-year bartender Bill Savage tells O’Donnell, “He wanted chess boards on the tables. Longhairs welcome, shorthairs welcome. Eccentricity was not just tolerated, it was embraced.”  … “Mr. Cunneen operated his namesake tavern for just shy of fifty years, until his death on February 2… The corner bar was just like him. No frills.” “The bar has been a neighborhood staple for so many years,” his widow, Belinda Colin-Cunneen tells Block Club in a survey of regulars: “I know it means a lot to so many people. I don’t want to close it down. I’m hoping I can keep it going for a couple more generations.”

Chicken Shortages May Take Wing After Bird Flu Outbreak
“Avian influenza, or bird flu, has been detected in Kentucky, Virginia and Indiana, leading to concerns about disease spread,” reports WBBM radio. “The avian influenza detections do not present an immediate public health concern for humans… Some birds that came in contact with the virus are being ‘depopulated,’ or euthanized, to prevent the virus from spreading…. Tyson Foods is heightening biosecurity measures at other farms in the region.”

“Farmstead, a new online grocery service, is offering nearby deliveries of food products from local and national brands, in addition to fresh, locally sourced produce,” reports the Sun-Times. “The service delivers in a fifty-mile radius of its Franklin Park warehouse, including the entire city of Chicago, stretching nearly to the Wisconsin border and as far south as Joliet.”

Among the six recipients of The James Beard Foundation 2022 America’s Classics Awards is Milwaukee’s Solly’s Grille, “a restaurant that has epitomized the butter burger for decades. The restaurant started as a coffee shop in 1936. Glenn Fieber took over ownership of this old-timer from his stepfather, Kenneth “Solly” Salmon, in the early 1990s,” writes Milwaukee magazine. From the citation: “Created in 1936 by Kenneth “Solly” Salmon, this sandwich features ground sirloin with stewed onions with the crowning glory of farm-fresh Wisconsin butter that overflows onto the plate. People from far and wide make the pilgrimage to this family-owned Milwaukee restaurant, an institution that boasts the use of over 130 pounds of butter per week.”

“DocuMentality is a new initiative that seeks to normalize conversation about mental health & well-being in the doc industry,” the premier nonfiction film event in Columbia, Missouri announces. “Filmmakers are invited to participate in focus groups and an online survey here.”

Azar Nafisi On The Dangerous Direction Of Book Bans

“Books are a threat to those who seek to rule through absolutism. Especially dangerous to the totalitarian mind-set are great works of fiction—such as Toni Morrison’s ‘Beloved’ and Margaret Atwood’s ‘The Handmaid’s Tale,’ both perennially challenged—because fiction is democratic in structure. Written well, it cannot be reduced to a preconceived message or ideology,” writes Azar Nafisi, author of “Reading Lolita in Tehran” and “Read Dangerously: The Subversive Power of Literature in Troubled Times,” at the Washington Post. “While teaching in Iran, I became vividly aware of how important this is. Young people such as my students, when deprived of contact with the world, connected to it through its golden ambassadors: art, music and literature… It is alarming to think that American communities in 2022 are actively seeking to deprive people of the reading experiences for which my students in Iran paid such a heavy price. For I can tell you: Book bans are canaries in coal mines—indicators of the direction in which a society is moving… Book-banning is a form of silencing, and it is the next step along a continuum—one that I worry even in the United States presages a further slide toward totalitarianism.”

Petitioning For Chicago’s Original Wax Trax! Site To Be Landmarked

Julia Nash, daughter of Wax Trax! Records Co-Founder Jim Nash, has started a petition to preserve the Lincoln Park location that was once a funeral parlor, to support landmark status as part of an application with the Chicago Landmarks Commission. “For nearly fifteen years, the two-story building at 2449 North Lincoln served as the epicenter of an underground musical, social and cultural movement that spread across the globe.” reports Bob Gendron at the Tribune. WBBM: “The petition advocates for the building to be designated an official historic Chicago Landmark, which would protect it from exterior alterations or demolition. A historic plaque would mark the building’s significance in the music industry… City officials may consider the proposal as soon as next month.” The petition is here.

“In making his nightly rounds from Thalia to Empty Bottle and up to SPACE, Bruce Finkelman said, the Morton building kept speaking to him. And after the salt company last decade decided to abandon the facility where it once processed 150,000 tons of salt annually, he wanted to see what was inside,” writes Steve Johnson at Crain’s. “In addition to the four-season music venue that will be developed under the Morton Salt roof, the site will have an outdoor venue; official capacities are still to be worked out with the city, but it will be larger than Thalia Hall; and restaurants and a makers’ market amidst the existing office and packaging buildings on the site… Development might cost as much as $50 million, according to a June 2021 Chicago Department of Planning and Development release… A recent visit to the site showed the roof of the existing shed in the 1300 block of North Elston Avenue half-open and plenty of work to be done to host shows in August.”

The Joffrey Academy of Dance, official school of The Joffrey Ballet, has announced the recipients of the twelfth annual Winning Works Choreographic Competition: Audrey Ipapo Baran, Joffrey company artist Edson Barbosa, Taylor Carrasco and Derick McKoy. The choreographers’ world-premiere works will be showcased by the dancers of the Joffrey Studio Company and the Joffrey Academy Trainee Program. The works will be available to view digitally following the in-person performances. The Winning Works choreographic competition was created to recognize talented and emerging ALAANA choreographers and to provide them with a platform to showcase their original and innovative work. The winning choreographers are awarded a $5,000 stipend and are given the opportunity to seek guidance from artistic director Ashley Wheater MBE and director Raymond Rodriguez. Winning Works will be presented in four performances at the MCA Chicago’s Edlis Neeson Theater in March. Details and tickets here.