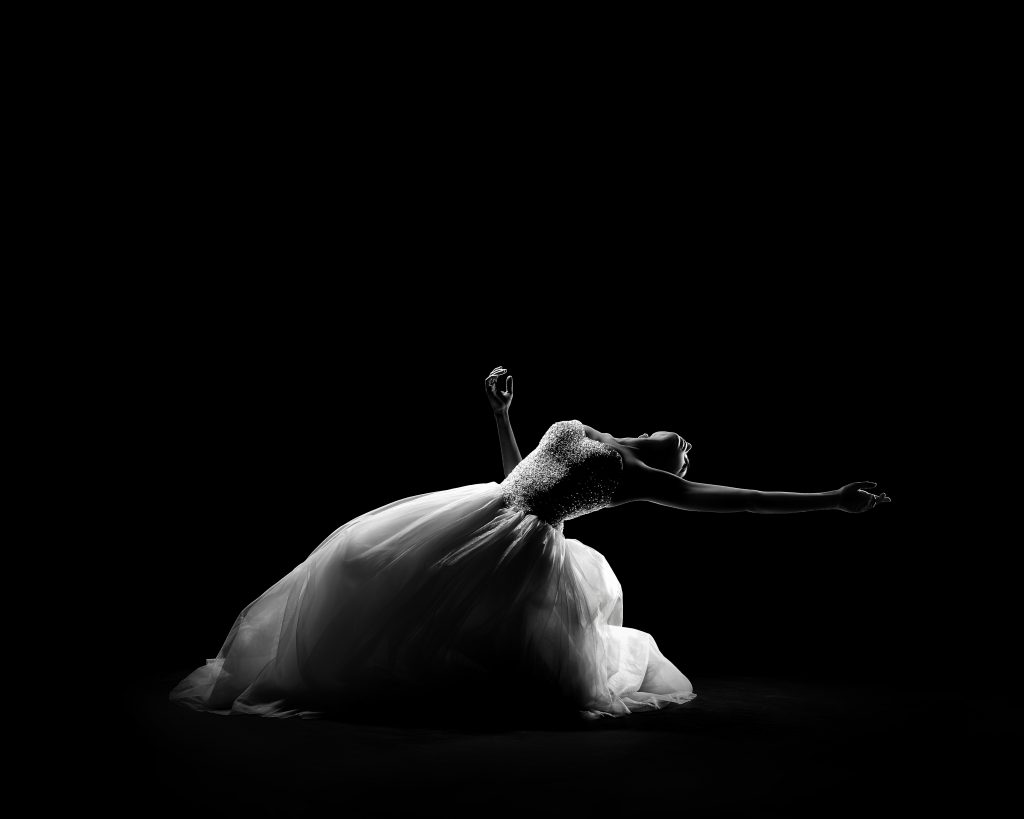 The Museum Unionization Drive Is A Wave

“Workers at the Whitney Museum of American Art, the Art Institute of Chicago, the Guggenheim and the Museum of Contemporary Art in Los Angeles [have] formed their own unions, part of a wave of labor organizing efforts at nearly two dozen art institutions where employees have created new collective bargaining units in the last three years,” reports Zachary Small at the New York Times. “Many of the workers who have… joined unions… come from the curatorial, administrative and education staffs—white-collar office workers who often had not previously been represented by collective bargaining units.This is happening [as] national union membership rate matched historic lows, down significantly from the 1950s, when more than a third of American workers were part of a collective bargaining unit… So why are museums the outliers in an otherwise diminished national labor movement? Organizers say their efforts to convince white-collar arts workers to unionize have been fueled by increasing frustration over the pay gap between museum employees and executives, and that pandemic layoffs only heightened the concerns of some employees looking for better wages and job security.”

At Hindman’s February 17 “Somewhere Out There” auction, Gertrude Abercrombie’s “The Dinosaur” sold for $387,500 (compared to a presale estimate of $30,000-$50,000). Led by the Abercrombie piece, the auction achieved a total of $970,656, nearly tripling its presale estimate. A brilliant Surrealist artist who lived and worked in Chicago, Abercrombie’s work has recently become celebrated on an international level. The curated auction featured surrealist, outsider, psychedelic, street, magical realist, pop and activist artworks. Additional highlights included William Anastasi’s “Untitled (Bababad XI)” from 1988, which climbed well past its estimate of $30,000-$50,000 to sell for $93,750. Joe Coleman’s “Give Me That Old Time Religion,” from 1995, more than doubled its presale estimate to sell for $87,500. Hindman also set new auction records with the sale of Wesley Willis’ “The Lakefront,” which sold for $4,375.

Alaska Buys The Bridge In Chicago

The remainder of North Bridge, including Nordstrom’s Mall, has been purchased for $21 million by oil-revenue-driven $64 billion Alaska Permanent Fund, which pays each Alaska resident an annual dividend, reports Crain’s. “A California mall owner has sold its fifty-percent stake in the Shops at North Bridge to its partner in a deal that offers a reminder of just how far the Magnificent Mile has fallen… It’s plausible that the $21 million represents only the price for the Wabash parcel, which is not carrying any debt. If that’s the case, the Alaska fund paid nothing for the mall itself, possibly because the property value has fallen below $375 million, wiping out any equity in it. Macerich may have decided North Bridge is a lost cause and just decided to give it up.”

CTA Aims For All-Electric Fleet By 2040

“The CTA has eleven electric buses in service, and fourteen more are expected to hit the streets this year. The rest of its 1,800-plus fleet run on diesel. The CTA is aiming for the full electrification of its bus fleet by 2040,” reports the Sun-Times. “The goal is not only to replace its current fleet of more than 1,800 buses but to put in place the upgrades, including charging equipment, needed to support an all-electric fleet at the city’s seven bus garages and its maintenance facility on the Far South Side.”

Chicago is ending its mandates early to align with Illinois’ end to its statewide mask requirement. WGN-TV: “In a press conference with Mayor Lightfoot and Dr. Arwady, masks will no longer be required to enter restaurants, grocery stores or other indoor spaces. Additionally, the proof of vaccine requirement for patrons will be lifted as well. Masks will still be required on the CTA, in congregate and healthcare settings. ‘Currently our metrics tend to trend in the right direction,’ Lightfoot said.” Tribune: “The moves bring Chicago in line with Gov. J.B. Pritzker’s announcement earlier this month that he will lift his mask requirement for most indoor public places at the end of February should the state’s most recent and largest COVID-19 surge continue to subside.” Sun-Times: “Chicago Public School students, teachers and employees must keep their masks on—at least for the time being. Rather than risk yet another confrontation with the Chicago Teachers Union, Mayor Lori Lightfoot and her hand-picked CPS CEO Pedro Martinez are prepared, for now, to abide by the agreement they struck with CTU that ended a dispute that canceled classes for five days last month.” WMAQ-TV: “Arwady said the city is relying on a set of metrics to determine when restrictions can be lifted, and three out of four key metrics must be met to move forward with easing restrictions. The metrics include test positivity, hospital beds occupied by COVID patients, ICU beds occupied by COVID patients and daily COVID cases. The seven-day rolling averages for each category need to be at a ‘lower transmission’ level, which is set by the Centers for Disease Control and Prevention.”

In a listing of its top-one-hundred American restaurants, Yelp recognizes Oriole at number four, and 016 Sandwich Shop And Restaurant at twenty-five.

“Firefighters had not even left the scene of the massive fire that destroyed Twisted Hippo Brewery Monday morning when the Chicago craft beer community stepped up to help,” reports Block Club Chicago. “Funds began pouring in, with other breweries making donations and spreading the word on social media. As of 7pm Monday, more than $97,000 had been raised to help the brewpub and its staff. Skeleton Key Brewery, which got $75,000 in donations after a tornado tore through its Woodridge brewery last summer, donated $5,000. Goose Island gave $5,000. Mickey Finn’s Brewery donated $1,000. Revolution Brewing owner Josh Deth contributed $1,000, as did his brewery.”

The California Clipper is set to reopen on Thursday after being dark for two years, reports Block Club. “The Orbit Group, a hospitality group that opened Italian restaurant Segnatore across the street, spent the past year resurrecting the beloved bar… The result is almost identical to the previous iteration, save for a lounge area that took over coffee shop C.C. Ferns’ old space and a top-of-the-line sound system… ‘We really wanted to stay true to its history and give it a little bit of love without changing the ambiance and how it feels,’ said Briana Martin, of Siren Betty Design, the firm tapped to overhaul the space.”

“Rural towns, such as Mount Pulaski, have lost grocery stores while dollar-store chains have been on the rise,” reports Investigate Midwest via In These Times. “The departure of food stores leaves residents, especially those in areas with high poverty rates and dwindling population, with fewer options to buy food. The loss of the only grocery store in town… led the community to set up its own market. In June 2020, Market on the Hill opened its doors for the first time, offering neighbors fresh produce, meat and deli items. Many of the goods in stock are locally sourced. ‘We’re continually trying to find out how to stock our shelves and what sells, what doesn’t sell… We all came into this without much grocery experience.'”

WTTW Partners With South Side Weekly For “Firsthand Segregation”

“A new city advertising campaign spotlights a tried-and-true source of civic pride – Chicago’s history as the birthplace of innovations that changed the world,” writes Heather Cherone at WTTW of the station’s new documentary series. “The spot touts examples of homegrown points of civic pride. Skyscrapers. House music. Coffeemakers. Zippers. Softball. Not on the list of Chicago innovations showcased in the glossy three-minute spot? Modern segregation. The system that first forced Black Chicagoans to live separately from White Chicagoans and then later expanded to exclude Latino Chicagoans remains deeply entrenched, in part because it is a homegrown structure crafted by some of the city’s earliest power brokers who wanted to shape Chicago into a haven for White people through the force of violence supplemented by the weight of the law.” Much more here.

“Howard University has received a $2 million donation to digitize a major collection of Black newspaper archives in hopes of making it more broadly available to researchers and the public,” reports AP via WBEZ. “The Black Press Archives, dating to the 1970s, contains over 2,000 newspaper titles from the U.S. and countries in Africa and the Caribbean. It includes well-known U.S. papers like the Chicago Defender and New York Amsterdam News as well as publications in French, Xhosa and Kiswahili… ‘Once digitized, Howard’s Black Press Archive will be the largest, most diverse, and the world’s most accessible Black newspaper database.'”

The Auditorium Theatre is presenting the return of Ballet Hispánico with the Chicago premiere of “Doña Perón” in two performances only, March 26-27. Choreographed by Annabelle Lopez Ochoa to music by Peter Salem, “Doña Perón” is the first full evening-length work commissioned by the Company, and reclaims the narrative of the iconic Latina figure by a Latina choreographer. “The work is a portrait of Eva “Evita” Perón, one of the most recognizable, and controversial, women in Argentinian history. The illegitimate daughter of a prosperous farmer, Evita concealed this shameful past as she rose the ranks from dancehall performer to Argentina’s First Lady—all before her untimely death at the age of thirty-three. Perón’s work as an activist and advocate for Argentina’s women and working class raised skepticism as she indulged in the opulence of a high-class life: is she a voice for the people, or a deceitful actress? Lopez Ochoa explores these diverging legacies, marking Ballet Hispánico’s move beyond its fiftieth anniversary and the continuation of centering the voices of Latinx artists.” “She’s not a fairytale character, she’s not a literary character,” Lopez Ochoa says in a release. “She’s a real woman, and for me, it’s interesting to put her on stage because she’s difficult to pinpoint. I want to give female dancers real roles, not always the nice roles. Women are complex and it’s nice to show all of these facets. I’m very grateful that I can put this woman, Evita Perón, on stage as a female choreographer.” Tickets here.

How Can Pandemic Innovation Last Onstage?

“Immediately after lockdown closures, it became clear that the face of theatre would change, most evidently in the ability to gather together and create new material. Back catalogue streaming—the showing of old recordings of play—dominated,” reports Britain’s The Conversation. While streaming “served as a suitable stopgap, audiences arguably thrive on live entertainment, relishing the excitement and proximity offered by it… Pre-recorded theatre productions, created in controlled conditions during the pandemic (initially free but now mainly pay-per-view) became the next streaming development, achieving some elements of ‘live’ that back catalogue pieces lacked…This was an expensive process that did little to develop the genre in most cases. Indeed, the National Theatre demonstrated production costs outweighed streaming income. But, importantly, it did bring the world of theatre to a new, locked-down audience, with one in five seeing a digital production for the first time. If the legacy of lockdown theatre is engaging new audiences and minimising exclusivity, it is a good one.” The New York Times profiles new online choreography.

Philanthropies Urged To Pledge To “Rectify Racial Inequity” In Their Giving

“Chicago philanthropies [have been] urged to ‘rectify the racial inequity’ that activists say is starving grassroots community-based organizations on the South and West sides,” reports Fran Spielman at the Sun-Times. “The Goldin Institute and the Chicago Peace Fellows’ Mutual Aid Collaborative chose the anniversary of the assassination of Malcolm X to turn up the heat on big money philanthropies to sign their ‘Funder’s Pledge,’ a promise to acknowledge ‘current funding practices reinforce disparities’—particularly for Black organizations where, they say, revenues are twenty-four percent smaller than their white counterparts.”

Jane Addams Hull-House Launches “From the Desk of Jane Addams”