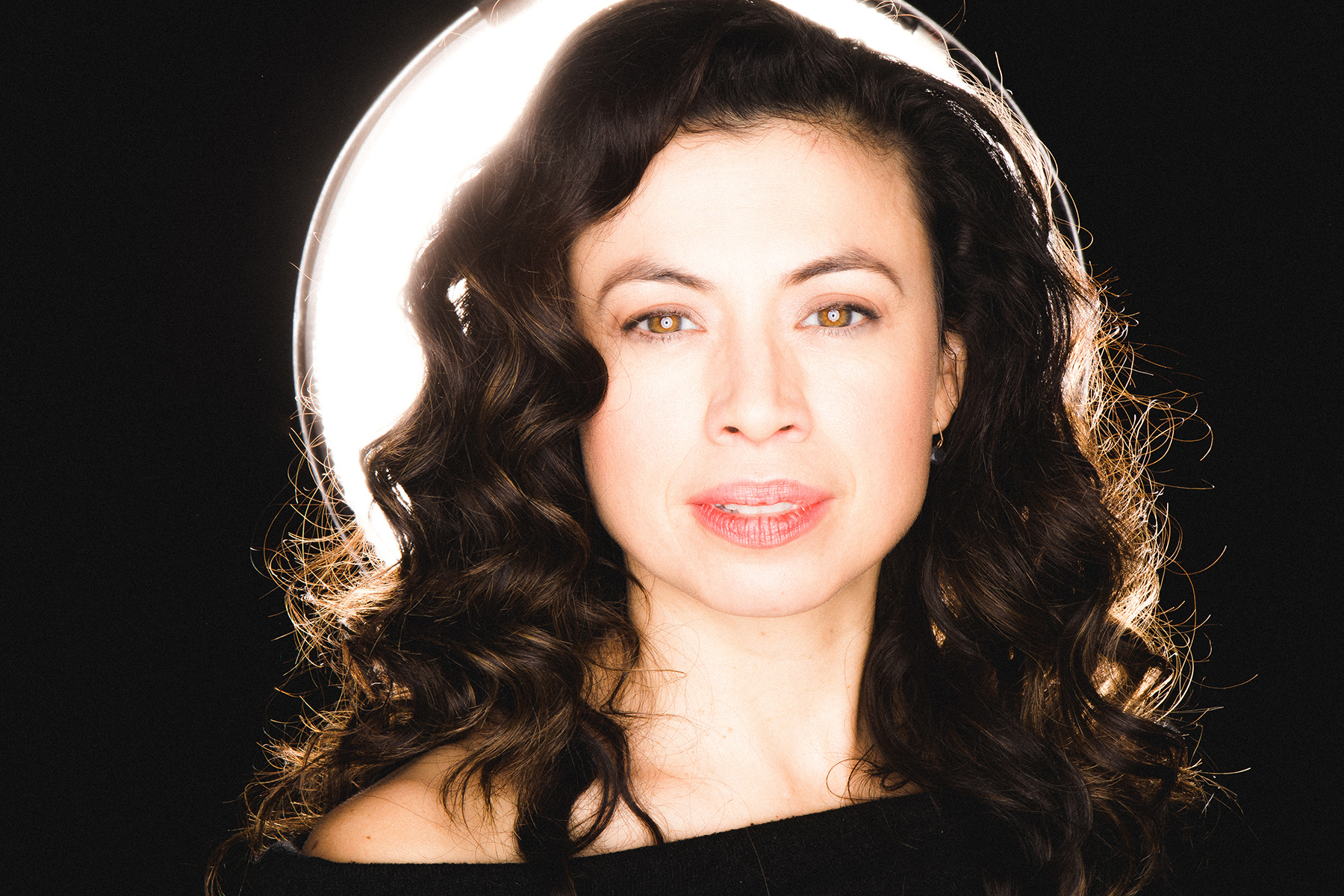 At Chicago magazine, Nick Cave talks life and art with Mike Thomas: “I don’t have any regrets, because I’ve never not followed my bliss. I’ve always been confident. It comes down to understanding who you are and connecting that to ways you can be purposeful… Quiet space has always been part of my practice… If we all were quiet daily for one hour, we would live in a different world.”

Katie Rauth is the new artistic director of Comfort Station, the Logan Square art space relays in a release: “Katie will be working closely with our executive director Jordan Martins dreaming up new curatorial initiatives and overseeing a range of special projects, further expanding our programming both inside and outside of our humble little building. This is a monumental step for us as an organization, not only in the creation of this new position, but as our first official hire of a part-time salaried employee of Comfort Station. While the vast majority of Comfort Station’s operations will continue to be fueled by volunteer hours, our board has been steadily working toward a partially salaried staff in order to continue to grow our organization in a sustainable and ambitious manner. We couldn’t be more excited to work with Katie as we carry out this work.” Katie Rauth (she/they) is “a fat, queer multidisciplinary artist and curator whose interests lie in the radical potential of collectivity and the complicated nuances embedded in fat liberationist politics.”

“Will former President Donald Trump ever pay a price in Chicago for the role he may have played in inciting the Jan. 6, 2021 insurrection? He will if the chairman of the City Council’s Latino Caucus has his way — and Ald. Gilbert Villegas (36th) on Monday persuaded his colleagues to take what he believes is the first step toward making that punishment happen,” reports Fran Spielman at the Sun-Times. “At the retired Marine’s behest, the Committee on Contracting Oversight and Equity approved Villegas’ long-stalled ordinance that would prohibit any person who has been convicted of treason, sedition, related offenses, or a hate crime, from doing business with the city. According to Villegas, that would include getting a sign permit, which means the 2,891-square-foot-sign that Trump slapped on his ninety-six-story Trump International Hotel & Tower in Chicago would have to come down if Trump is eventually convicted.”

“McDonald’s, Coke, P&G and IBM received warnings from Russian prosecutors threatening to arrest corporate leaders or seize assets for criticizing the government or withdrawing from the country,” reports Crain’s. Trademarks could be seized, among other assets.

The twenty-five-year-old “digital gathering place for obsessive food lovers” is closing March 21, reports the New York Times. “’This incredibly difficult decision is due to limitations in the capabilities and resources required to maintain the site on an ongoing basis,’ its moderators said. Red Ventures, the media corporation that owns Chowhound, declined to comment further. Chowhound was founded in 1997 by Jim Leff, a jazz trombonist and writer whose day jobs financed his fervid quest for deliciousness…. These were also the early days of the internet, when plodding telephone modems could short-circuit brains with their connecting screeches. Chowhound was the merger of these two worlds, a neighborhood hangout for food adventurers—chowhounds, Mr. Leff called them, distinguishing them from dilettantish foodies—to indulge their opinionated obsessions among a like-minded community.”

“We are grateful that bipartisan negotiations have resulted in increased funding support for CPB, providing $525 million—a $50 million increase—for CPB’s fiscal year 2024 advance appropriation,” Patricia Harrison, president and CEO of the Corporation for Public Broadcasting says in a release. “The omnibus spending package also includes $20 million for public broadcasting interconnection and infrastructure; $30.5 million for the Department of Education’s Ready To Learn program, which supports educational public media content for our nation’s youngest learners; and $41 million to establish a Next Generation Warning System grant program at the Federal Emergency Management Agency  to support public broadcasting’s infrastructure in support of our nation’s public safety.”

“Public media is a valued resource providing information and lifelong learning for millions of Americans in rural and urban communities through broadcasts and on the platforms of their choosing. Public television remains a trusted, safe, educational media space for young children to learn and grow… Americans listen to public radio’s local reporting and NPR’s national and international news and watch public television’s local public affairs shows and PBS’ nightly national news programs to get the trusted information they need to navigate our modern world. This funding allows the public media system to continue to provide fact-based journalism that informs and educates Americans.”

“Legendary disc jockey Pervis Spann of WVON-AM, who helped build Black radio into a powerhouse in Chicago” has passed, reports the Sun-Times. “Spann’s melodious voice and catchphrase on the overnight shift—’Pervis Spann, the BLUES man’—helped countless fans, workers and college students get through all-nighters… His broadcast career lasted more than sixty years. He was hired at WVON by Leonard Chess, co-founder of Chess Records, who bought the station in 1963… Mr. Spann—who also worked as a concert promoter—was credited with boosting the careers early on of Aretha Franklin, B.B. King and the Jackson 5.”

“Following her smash hit ‘La Havana Madrid,’ Chicago writer, actor, singer and producer Sandra Delgado returns to the stage with The Sandra Delgado Experience (The SDE), a big-band music spectacular with a little bit of dancing, a little bit of storytelling and a whole lot of joy. Inspired by the Colombian music that has shaped Sandra and the songs that helped her through the pandemic, this one-night-only event is a musical mosaic of her bilingual and bicultural existence, with songs ranging from Colombian cumbias to English-language indie sounds. Joining Sandra will be a ten-piece multicultural, multigenerational band composed of musicians from all over Chicagoland, from Little Village to Englewood to Humboldt Park. Back with Sandra are members of Carpacho y Su Super Combo, the beloved house band from ‘La Havana Madrid.’ The SDE draws inspiration from Colombian folkloric music, as well as other Latin American sounds, storytelling and the Latin American vedette tradition.” The band includes Roberto “Carpacho” Marin (bass), Carol McPherson (trombone), Abraham Martinez (saxophone), Daniel Martinez (trumpet), Guido Acevedo (congas), Cristobal “Animal” Flores (timbales), Joy of JoYful SoundZ (percussionista) and Yendrys Cespedes (piano).

“This is a full-circle moment for me,” Delgado says. “My entry into the performing arts was as a six-year-old singing and dancing to Colombian folkloric music at events across Chicagoland. After the past two decades of acting and very little singing, ‘The Sandra Delgado Experience’ is a long-held dream come true and a return to my musical roots. When I started writing plays, I quickly discovered that music is essential to the way I tell a story. With The SDE I get to delve even deeper in this direction, by letting music take the lead and weave it together with storytelling. It’s also my debut as an independent producer. We are all so ready to gather, to be in community, to dance and sing together. To hear some stories. To connect. To be joyful.” The Sandra Delgado Experience plays one night only, Sunday, May 1 at 7pm at Joe’s on Weed Street. Tickets ($35 general admission SRO, $45 table seating) are available at sandradelgado.net.

“Governor Pritzker joined leaders from Lewis and Clark Community College to announce upcoming renovations to five historic buildings located on the school’s campus,” the Governor’s office relays in a release. “The project includes a complete renovation of the Main Complex, which includes five historic buildings (Baldwin, Caldwell, Wade, Fobes, and Reid) at approximately 170,000 square feet. The renovations are partially funded by a $37.5 million investment through Rebuild Illinois, Governor Pritzker’s bipartisan capital plan and the first in nearly a decade, as well as an additional $12.5 million local match from the school. ‘Throughout my governorship, I’ve been proud to increase state support for Lewis and Clark and all our community colleges, and to make college more attractive and more affordable for students,’ said Governor Pritzker. ‘Serving 15,000 students, Lewis and Clark is exactly the kind of institution we should be investing in to fuel economic opportunity in this region – and thanks to our Rebuild Illinois capital plan, we’re celebrating nearly $40 million worth of renovations on the L&C campus today.'”