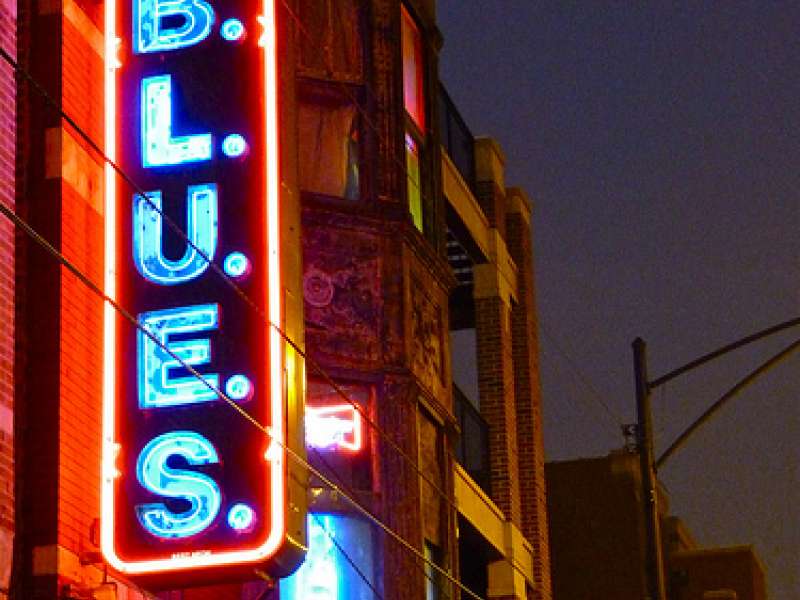 “The 2.8-million-square-foot Old Post Office in downtown Chicago has been renovated into an office building whose tenants include Uber, Walgreens and PepsiCo,” reports Chicago Business Journal. Developer 601W Cos. says its billion-dollar investment is paying off with “many major corporations returning to their respective offices in April and May.”

The renovation project for the St. Louis Symphony, estimated to cost more than $100 million, is the first major renovation since the symphony took up residency in Powell Hall in 1968, reports St. Louis magazine. “Built in 1925 and originally named the St. Louis Theatre, Powell Hall has been a fixture in Grand Center for decades. The new project, which includes both renovations to the existing structure and a 65,000-square-foot expansion, is focused on accessibility and furthering community connections. While the project itself is still in planning stages, the SLSO hopes to make Powell Hall into a ‘state-of-the-art music center for the community’ while still preserving its historic character.”

Forty-eight years ago, the U.S. made daylight saving time year-round, but it didn’t go well, reports USA Today (via the Sun-Times). “Amid a U.S. energy crisis in 1973, President Richard Nixon swiftly signed a bill that put the U.S. on daylight saving time for two years.” The experiment began in January 1974. “The public liked the idea of avoiding the confusion and frustration of changing the clocks by an hour twice a year. But soon Americans realized what permanent daylight saving time meant: Sunrises at 8am or later in the middle of winter. In some areas, sunrises could be as late as 9:30am… Public approval for the law dropped severely and rapidly—from seventy-nine percent in December 1973 to forty-two percent in February 1974… By October 1974, Congress reversed course and put the country back on standard time for four months of the year.”

No Light At End Of Tunnel, Says Gathering Of Restaurateurs

Marking the anniversary of the March 2020 pandemic shutdown of the state of Illinois, the Trib assembled four bar and restaurant owners and operators “to look back—and ahead… It’s been an uneven and circuitous path — mask mandates, limited capacities, reopening for indoor service, closing for indoor service again, vaccine mandates and at least three sizable COVID-19 surges have upended old habits.” Erick Williams: “Exhausted. It has been exhausting waiting for new regulations, then applying those new regulations, and then finding out how those regulations affect our businesses. We’ve never had a period like this in our lifetimes to give us any instructions on how to deal with it. It was a huge adjustment to make immediately, and for it to have gone on this long, it’s just exhausting.”

Merri Dee, a fixture on Chicago televisions for decades as a reporter and WGN-TV anchor, has passed, reports the Sun-Times. “Dee was a trailblazing broadcaster who won the hearts of Chicagoans while hosting public affairs shows, charity telethons and lottery drawings over a forty-three-year tenure at WGN. Ms. Dee also was a fierce advocate for victims of violent crime following her own near-death brush with a kidnapper while she worked at another television station. ‘If you’re going to live, you have to be determined to live,’ she wrote in her 2013 memoir, ‘Life Lessons on Faith, Forgiveness & Grace.'”

No Boo-Hoo For Amazon Bookstore Closing

“Surely, there is a seat reserved in hell for those who gloat over the closing of a bookstore,” writes Christopher Borrelli at the Trib (via Yahoo). “Perhaps the exception is this once-ominous brick-and-mortar Amazon Books, the strangest excuse ever for a bookstore chain and, for five chilly years of life in Chicago, the dumbest bookstore in the city. Jeff will get over it, move on and disrupt something else. (In the time it takes me to write this, he will have gained more personal wealth than several generations of my family will ever see.) On the other hand, we have lost the only bookstore in Chicago where you could pop in and buy a steeply discounted copy of ‘The 1619 Project’ and a crockpot. Unless your go-to local bookstore is Costco.”

“Broadcast technicians and other employees at WTTW went on strike Wednesday at the Window to the World Communications public television station shortly before the start of the nightly news program ‘Chicago Tonight.’ Local Union 1220 of the International Brotherhood of Electrical Workers, representing more than two dozen technicians, graphic artists and floor crew members, announced the walkout at 6pm,” reports Robert Feder. The contention is over “changes proposed in work jurisdiction and job protection. Contract negotiations have been ongoing since May 2021.”

“Cicero Independiente is an independent, bilingual news organization serving the people of Cicero and Berwyn,” development coordinator Irene Romulo tells Nieman Lab. “Both communities are majority Latinx, working-class towns with a history of corruption and what seems to be a hesitancy to adapt to changing demographics. For example, although monolingual Spanish-speakers comprise a large part of the community, public meetings do not provide interpretation or translation services, making it difficult for people to engage in local democracy. Our reporting meets the needs of our community by connecting residents to crucial information about local resources, amplifying residents doing good things and investigating local government agencies to push for accountability and transparency. We also pay and mentor local youth to report on issues that matter to them.”

Sing The B.L.U.E.S. On Halsted For A Million Bucks

“B.L.U.E.S. on Halsted, which has been closed since the pandemic shut down nonessential businesses in March 2020, is for sale,” reports Block Club. “Owner Rob Hecko has tried to sell B.L.U.E.S., 2519 North Halsted, for the past four to five years so he can retire, but he recently hired a Realtor… ‘We’ve been trying to reach out to people in the community who we knew just so somebody could keep it as B.L.U.E.S. to keep it alive for our staff and musicians,’ said general manager Jen Littleton, who’s worked at the bar since 1994. ‘The only difference now is a Realtor has been hired, and our hope is still that it stays B.L.U.E.S., but it may or may not.'” The asking price is $915,000.

Irish Theatre Of Chicago Returns To The Stage

The Irish Theatre of Chicago returns to the stage with Brian Friel’s “Molly Sweeney,” directed by ensemble member Siiri Scott, March 31-May 8 at The Chopin Theatre. Tickets and more here.

Humboldt Park’s Puerto Rican People’s Parade and Festival returns in June, reports Block Club. “In addition to Puerto Rican food and music, the events will offer family-friendly activities, including a domino tournament and a sip and paint, along with theater and acrobatic performances.The Latin American Motorcycle Association, which is celebrating its forty-fourth anniversary, is scheduled to roll through the event. Proceeds will benefit the Tu Casa Project, a local organization that provides youth programs, entrepreneur opportunities and financial education.”

Illinois Humanities has named its Public Humanities Award honorees, individuals and groups that have made an impact on Illinois through their work and support of the humanities. Nicole Bond: award-winning poet, museum educator and teaching artist from Chicago. Nicole weaves together media, words, ideas and images, leveraging the humanities to inspire and provoke; Lorenzo Savage: executive director and co-founder of I Am East St. Louis. Lorenzo is a creative, collaborative and committed leader who creates change and strengthens community through the humanities in his hometown; Sue Scott: director of the Western Illinois Museum in Macomb, Illinois. Sue builds community through a combination of tried-and-true programs and bold, creative approaches to addressing current issues, local history and storytelling. The Beacon Award Honoree: The Art for Justice Fund, a national organization disrupting mass incarceration by funding artists and advocates working together to transform our criminal legal system and reduce the prison population. The awards will be presented virtually May 19, noon-1pm; more here.

“New wastewater surveillance data from the CDC shows rising COVID levels in Cook County,” reports Axios Chicago. “Two recent wastewater samples from the city and northwest suburbs showed a 1,000% increase in the presence of the virus over two weeks.” But “University of Illinois at Chicago wastewater researchers tempered concern in an interview with ABC-7, noting that the exponential rise started with very low virus levels.”

“Massive monthly receipts had been one of the few bright spots for Illinois’ highly regulated recreational pot program, which has generated over $2 billion in sales over its first two years despite some month-to-month dips,” reports the Sun-Times. “Sales have fallen significantly since Illinois dispensaries unloaded a record $137 million worth of recreational cannabis products last December, raising concerns that limited supply and sky-high prices could be pushing consumers into the illicit market.”