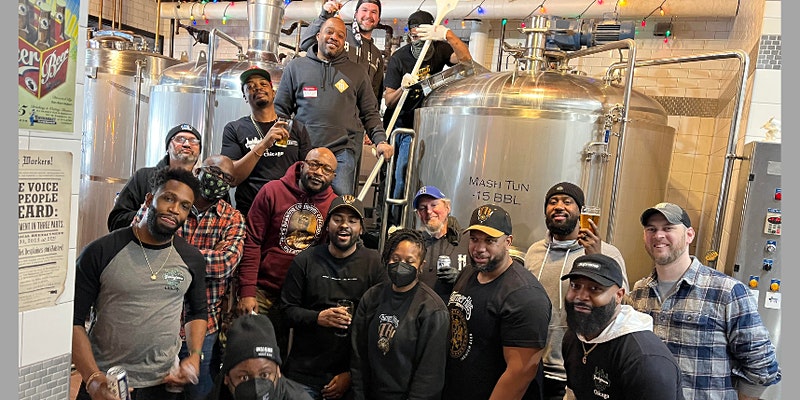 After more than twelve years as executive director at Hyde Park Art Center, Kate Lorenz writes to members, she’s “decided the time is right to step down from my role and pass the baton to new leadership. I couldn’t be more proud of what our Hyde Park Art Center village has accomplished over the last dozen years, and I couldn’t be more excited for what’s ahead for all of you–our community of artists, students, neighbors, colleagues, partners, visitors and creative leaders in our city. I want to express my heartfelt gratitude to our wise and dedicated board of directors, our resilient and talented staff, all of our supporters, and for each of you who have been a part of our work in ways near and far. I’ll be continuing to support the board and staff in ensuring a smooth transition until my last day on May 13. To that end, the board will have more to share about the search for a new leader and interim plans in the coming weeks.”

“Fourteen years after raging floodwaters forced the University of Iowa to evacuate its riverside showcase, the Iowa City institution is on the brink of filling a new space with artwork, students, guests and intimate performances,” reports the Gazette. “The building will open to the public August 26, with a ribbon-cutting ceremony and weekend celebration, including the inaugural exhibition, titled ‘Homecoming.'”

“The federal government has given Chicago some pretty good buildings, from the giant Art Deco Old Main Post Office—now enjoying reuse—to the superlative midcentury federal center downtown,” writes Lee Bey at the Sun-Times in his first monthly architecture column. “So why would the U.S. General Services Administration now raise a hind leg to this legacy by wrecking the Century and Consumers buildings, two early twentieth century skyscrapers at 202 and 220 South State Street?” The feds want a safety buffer to protect the Dirksen Building, but are not demanding the demolition of the Berghoff restaurant in the same area. “The buildings’ demolition would create an economic and pedestrian dead zone on State Street, something neither the street nor the city can afford. And it would be a shameful waste of some really good Chicago architecture.”

The official Chicago Architecture Foundation Center River Cruise aboard Chicago’s First Lady has returned for its twenty-ninth season. Operated in partnership between Chicago’s First Lady Cruises and the CAC, the cruise is narrated by CAC certified-volunteer docents. The ninety-minute cruise travels up and down all three branches of the Chicago River and surveys art deco, neoclassicism, mid-century modernism and postmodernism alike. Tickets and more here.

How The Grand Dome At The Cultural Center Was Restored

Chicago magazine has an interview with the head restorer, plus eleven images.

City Plans To Give Away 5,000 Bikes, Helmets, Locks

“Chicago will distribute 5,000 free bicycles, helmets, locks and lights to promote ‘sustainable modes of transportation’ and bolster its reputation as a cycling city, a top mayoral aide says,” reports Fran Spielman at the Sun-Times. “Chicago Transportation Commissioner Gia Biagi revealed that plan—but no details—in a speech to the City Club of Chicago… Biagi called it a ‘community cycling strategy’… aimed at developing bike routes that acknowledge the reality of ‘everyday life’ in Chicago neighborhoods.”

“Hem House, a distinctly contemporary 1,300-square-foot single-family home completed last year in the West Side neighborhood of East Garfield Park, offers an attainable and highly replicable model for the abundant vacant residential lots spread across the city,” reports the Architect’s Newspaper. “First listed for $399,000 last summer as one of the least expensive new construction single-family homes in all of Chicago at the time, Hem House was designed by local architecture and design research practice Future Firm with Hem Development, a joint venture between Future Firm co-principal Craig Reschke and real estate developer Joseph Root, serving as the developer.”

A $500,000 grant from the Chicago Recovery Plan has been set for each of two Public Outdoor Plazas, the city has announced. The conversion of unused “West and South side properties is a key strategy to revitalize neighborhood commercial corridors with active, people-oriented activities,” Department of Planning and Development Commissioner Maurice Cox said. “Both of these projects will provide thoughtfully designed, transit-oriented destinations where residents can gather… and enjoy their neighborhoods.”

“After building an empire with Etta and their fancy steakhouse chain, David Pisor and Jim Lasky’s business relationship has deteriorated,” reports Eater Chicago.

Eater Chicago surveys the handful of bookstores that serve wine, the ones that want to, and the hoops the city puts a business through to make it happen.

Chicago Ban Of “Persepolis” Gets Its Own Graphic Novel

“‘Wake Now In The Fire’ is a new graphic novel by Jarrett Dapier and AJ Dungo based on Dapier’s investigative reporting into school bans of ‘Persepolis’ by Marjane Satrapi. The story follows a group of Chicago high school students who take on the censors when ‘Persepolis’ is banned from their school system,” reports Bleeding Cool. “Dapier was the library science scholar whose Freedom of Information Act Request revealed [how] Chicago Public School administrators [tried] to ban ‘Persepolis’ from classrooms and libraries in 2013. The following year, when Dapier was a student at the University of Illinois’ Graduate School of Library & Information Science, he unearthed emails between CPS officials regarding the removal of ‘Persepolis’ from schools. At the time, CPS stated that the furor over the ban was from miscommunication, but Dapier proved it was a deliberate act demanded by CEO Barbara Byrd-Bennett.”

“With mask and vaccine mandates evaporating around the country, artists are forced to once again ask themselves an important question: Should they risk their health by heading out on the road, or should they risk their income by missing out on another year of touring? Lately, it seems like indie artists are realizing there’s a hidden asterisk in this ultimatum; they can give touring a try so long as fans mask up,” reports Pitchfork. “Artists including Mitski and Justin Bieber have experienced a positive COVID-19 test in their touring parties, which swiftly results in postponed concerts and the possibility of canceled tours. For an artist with a lengthy career and unceasing fame like Bieber, cancellations are manageable. For rising bands and independent musicians, however, tours are a crucial way to pursue a viable career path as a musician and often serve as the crux of their income. If musicians catch COVID-19, that’s potentially hundreds if not thousands of dollars down the drain.”

Kokandy Productions has announced its tenth anniversary season, which includes two fully-produced musicals and a celebratory concert of the company’s greatest hits. “It’s a cruel summer as Kokandy goes all the way with flirty fun and 90s nostalgia in the Chicago storefront premiere of ‘Cruel Intentions: The 90s Musical,'” based on the movie and directed by artistic associate Adrian Abel Azevedo. Stephen Sondheim’s “Sweeney Todd: The Demon Barber of Fleet Street” will be directed by producing artistic director Derek Van Barham in time for Halloween. Kokandy’s tenth season will also include a celebratory concert of greatest hits, welcoming back artists from previous productions. The 2022 season will be produced at The Chopin Theater; single tickets will go on sale soon here.

Teatro Vista returns to the live stage this spring with Brian Quijada’s world-premiere musical, “Somewhere Over the Border,” directed by Denise Yvette Serna. Inspired by his mother’s real-life border crossing from El Salvador to the U.S., mashed up with “The Wonderful Wizard of Oz,” “Somewhere Over the Border” is a new work of musical theater that embraces fact and fantasy to depict one young girl’s pursuit of the American dream. Performances are May 12-June 12 at Windy City Playhouse, 3014 West Irving Park. Tickets and details are here.

Porchlight Music Theatre’s twenty-eighth season includes the Mainstage, Porchlight Revisits and New Faces Sing Broadway series. “Our Mainstage season speaks to moments of courage, endurance and humanity in the face of life’s greatest challenges,” Porchlight artistic director Michael Weber says in a release. “This series of productions, a Pulitzer Prize-winner; two that are Best Musical Tony Award-winners and the Chicago premiere of one of the most incredible new musicals seen recently off-Broadway, remind us there is no subject that is beyond the realm of the art of music theater.” The Mainstage Season includes “Rent,” “Cabaret” and “Ernest Shackleton Loves Me.” Porchlight Revisits includes: “The Apple Tree” (1966); “I Am A Camera” (1951) and “Two by Two” (1970). Subscription renewals are available Tuesday, April 12 with new subscriptions available starting Monday, May 2. The single ticket sale date will be announced. More here.

Arlington Heights’ Metropolis Performing Arts Centre announces Rob Gretta as its new Artistic Director. “Gretta brings with him a highly seasoned background in the performing arts as an artistic leader, director, performer, educator and coach. He joins executive director Brookes Ebetsch to usher in a new and exciting chapter for the theater and school of the performing arts located in the heart of downtown Arlington Heights.” According to Metropolis board vice president Ryan Cutlip, in addition to Gretta’s more than thirty-year career, “his vision to be a welcoming and inclusive place for people of all backgrounds made him the perfect choice. He has pledged to recruit and engage people of diverse backgrounds, experiences and voices, and to support continued Inclusion, Diversity, Equity and Access training instituted under Ebetsch’s leadership.”

Amazon Gets Its First Union, And It’s Enormous

“In my twenty-five years writing about labor, the unionization victory at the Amazon warehouse in Staten Island is by far the biggest, beating-the-odds David-versus-Goliath unionization win I’ve seen,” writes former New York Times labor reporter Steven Greenhouse. “A fired Amazon worker took on Amazon’s union busters & unionized a 5,000-worker warehouse.” Reports on ripple effects nationwide and in the Chicago area from the nation’s first unionized Amazon facility are still to come after the Friday vote count. Writes Associated Press: “Amazon workers in Bessemer, Alabama, appear to have rejected a union bid but outstanding challenged ballots could change the outcome.” NPR calls it “a stunning win for the grassroots campaign led by current and former employees.” Up-close organizing methods were employed: “We had over 20 barbecues, giving out food every single week, every single day, whether it was pizza, chicken, pasta, home-cooked. We all contributed giving out books, literature, giving out free weed because it’s legal,” Smalls said, laughing, outside the National Labor Relations Board office. “We did whatever it took to connect with those workers to make their daily lives just a little bit easier, a little bit less stressful.” Smalls said after the count: “We want to thank Jeff Bezos for going to space because while he was up there we were organizing a union.” The union has already requested dates for contract negotiations in May. Plus: an inside account from organizers on how it came to pass. Amazon, it appears, will challenge the vote.